Sometimes you have to take the mantle of bad cop.

While being honest with your kid is necessary, it is not always so black and white. There are a lot of hard choices you have to make as a parent. You obviously want to teach your kid good life lessons, things that will help them in the future while also being careful not to mold their personality too much as to leave them without individual identity. Parents have to accept that their kids will make mistakes and that is perfectly fine.

However, not everyone will agree with what this Father did. You see, he kept telling his son to put away his bike after he was done with it. But the son kept forgetting to do that. The Dad was obviously afraid that it might get stolen and his kid also needed to learn about responsibility. So when the idea of stealing his bike came, Dad pounced upon it and did just that without communicating with his wife.

As you can imagine, it didn’t go over as well as he had thought.

Tim apparently kept forgetting to put the bike away where it would be safe.

They had tried to remind him several times but when he didn’t change, his father took a drastic step. 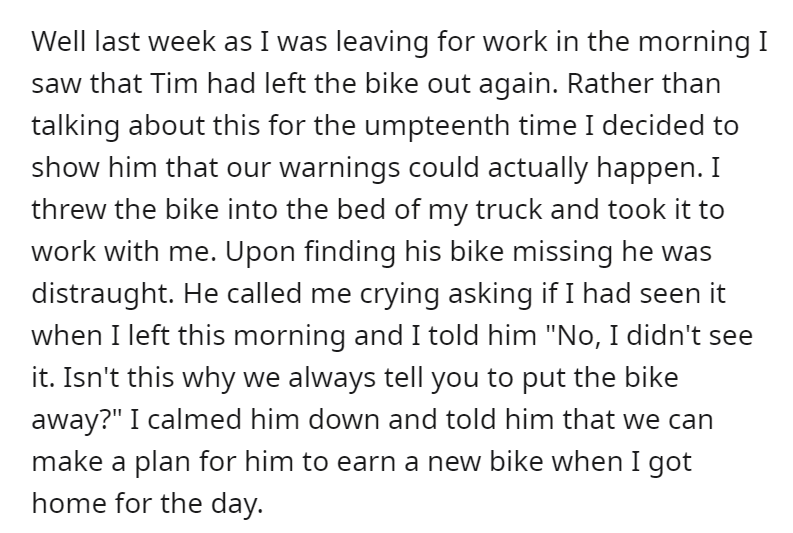 And took the bike away with him to work.

While Tim did learn about responsibility, his wife was less than happy with his style of parenting.

He isn’t sure whether what he did was right or perhaps he took it too far. 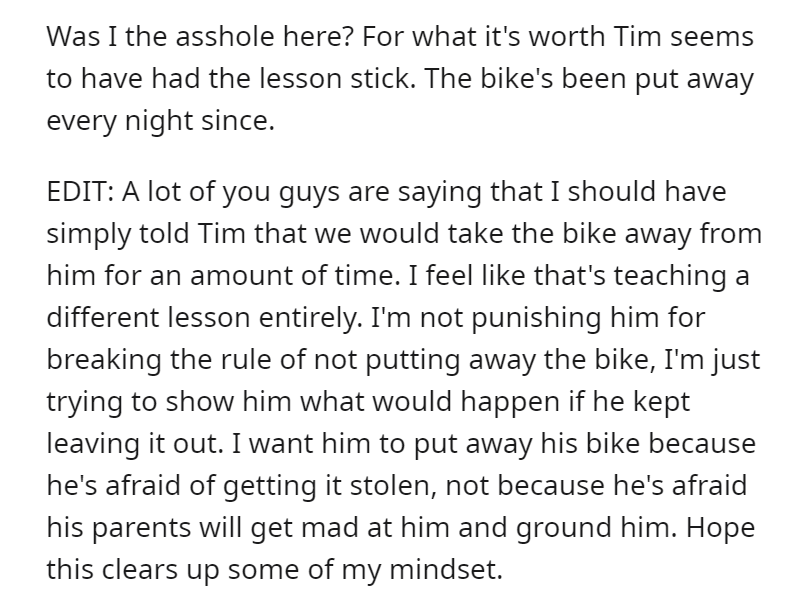 People in the comments were quite torn up over this debate. 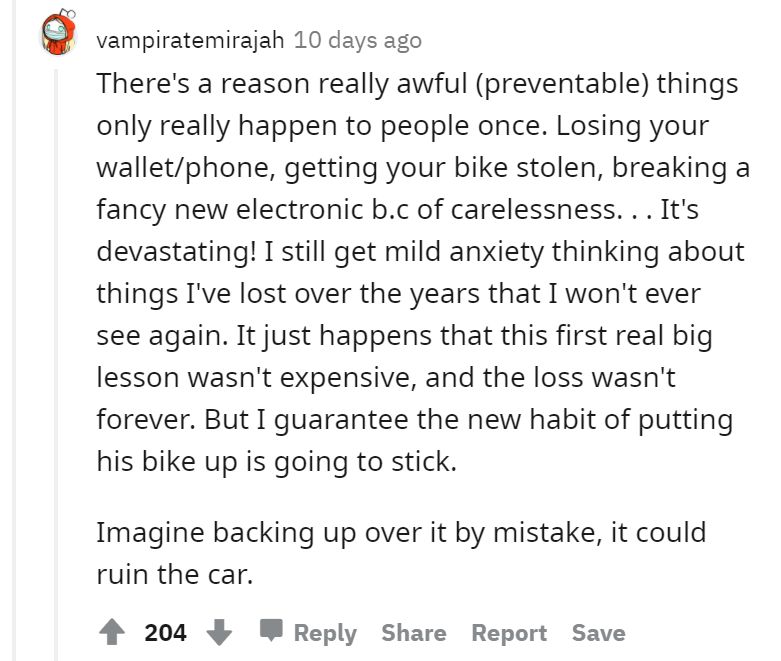 I disagree, but not because of the lesson; OP was an a**hole for doing it in a way that left his wife to deal with the kid’s distress, without even telling her what was going on. The wife spent the whole day with her distraught child thinking the bike was really gone, trying to comfort and reassure him while trying to figure out what to do. Thefts are jarring for anyone — even obvious easy ones like a bike left out front — and she was probably feeling all sorts of emotions herself while also trying to comfort a distressed child. The kid is 9, he probably doesn’t have great emotion regulation, little to no experience with feeling violated, and therefore lots of big strong scary emotions he doesn’t know how to cope with.

I think the lesson itself made a lot of sense; I especially like OP’s explanation of their reasoning in their edit. But it was an asshole move to do it in a way that left the wife to deal with all the worst of it, without even communicating with her about it. If you want to do something extreme to parent your child, include your spouse, or at least make sure you’re the one taking responsibility for all the most painful parts of the lesson. –littlefiddle05

Some people jumped on board saying that this kind of ‘punishment’ does work in the long run. 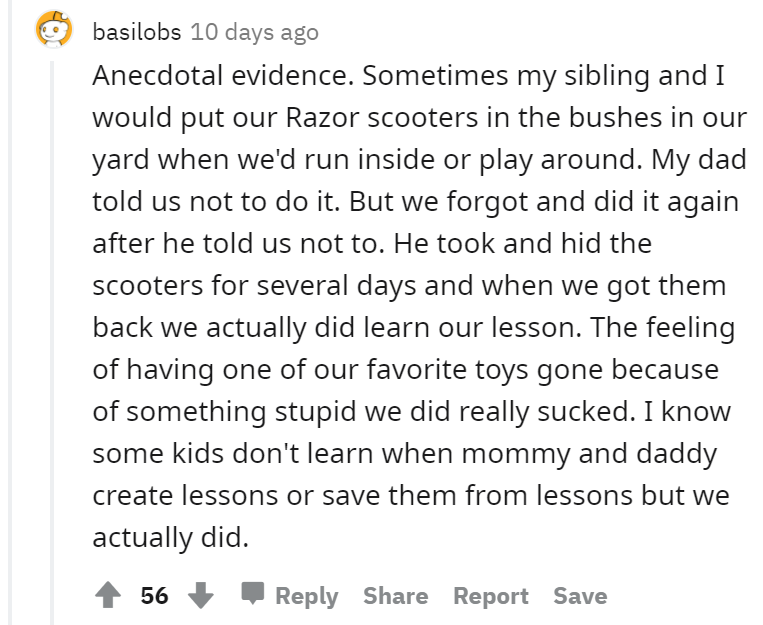 But others said that he should have at least communicated this plan with his wife. 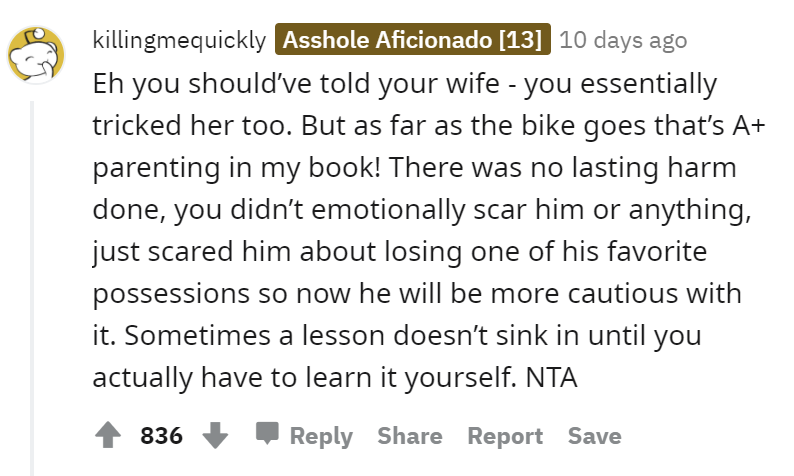 It is clear that nobody can agree on whether he did the right thing or not. 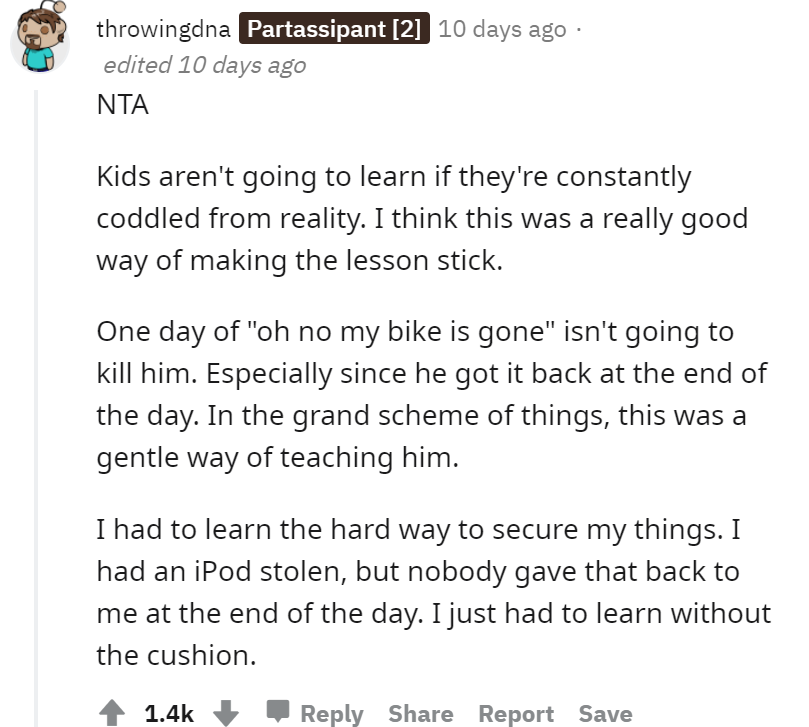 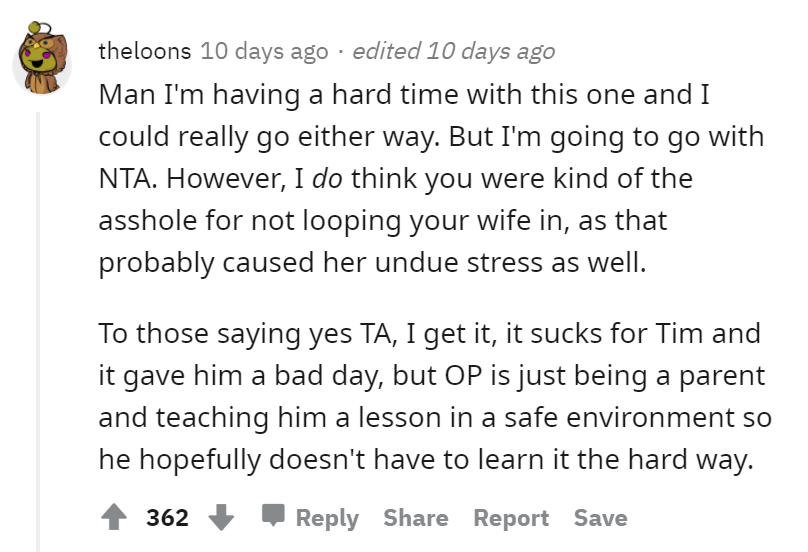 But there is no one right way of doing things when it comes to parenting. 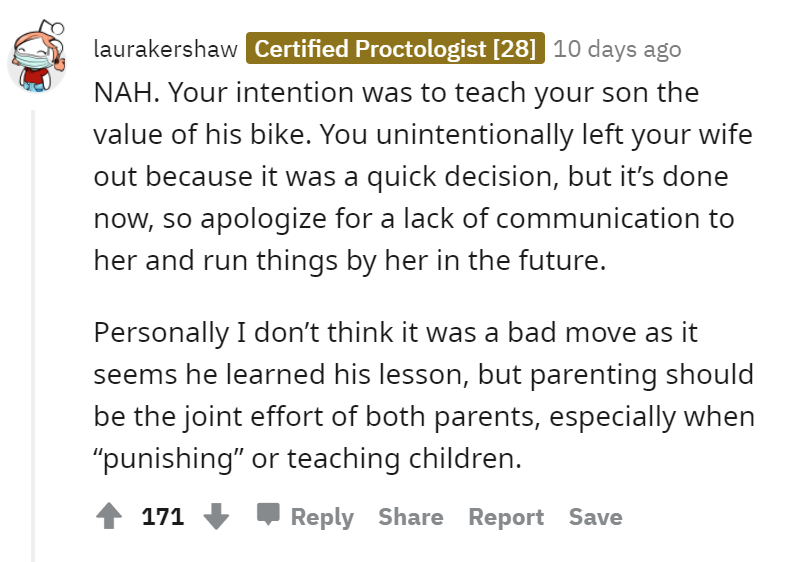 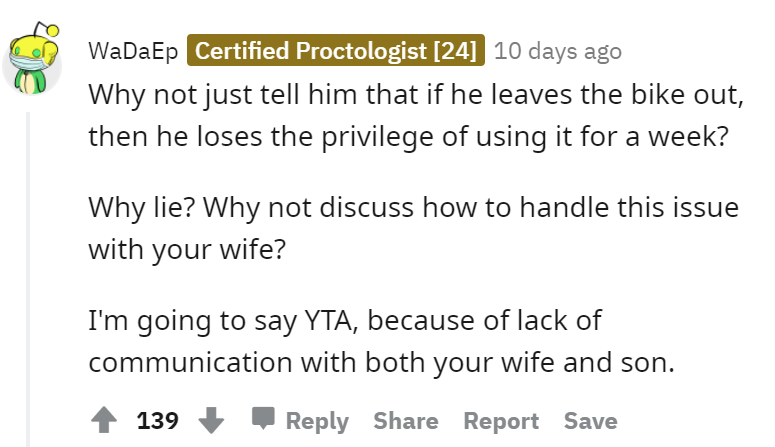 The kid will find out one day but he is only nine right now. 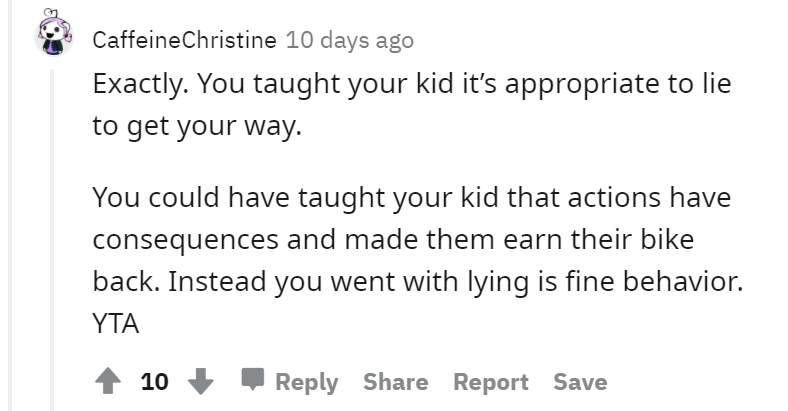 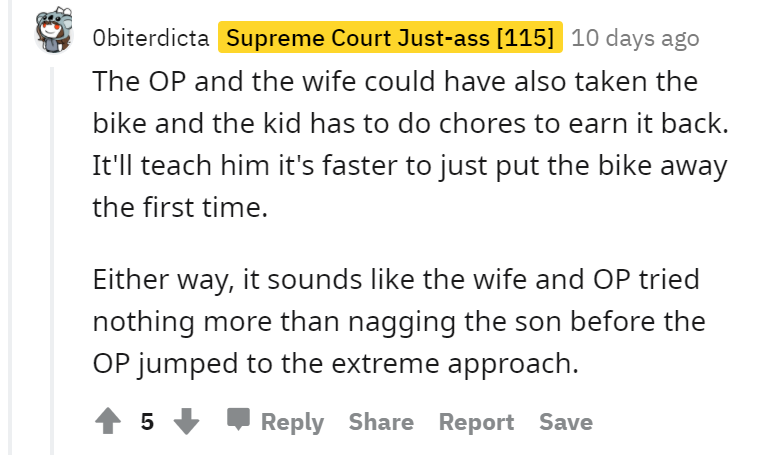 Man, I lost a bike when I was 5 to this same scenario… I wish my dad pulled up with it. NTA I think it’s a genuinely good lesson. –HangryDonkies

If that would have worked or not remains to be seen. 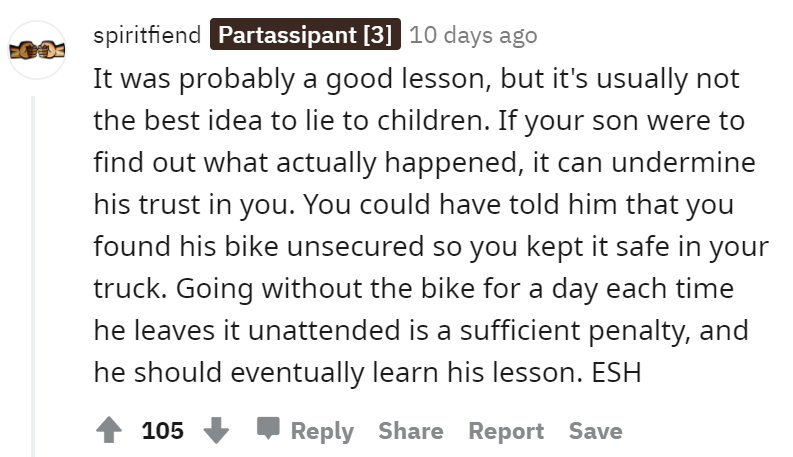 Do you think what this Father did was too extreme an approach? If so how would you have handled this? Voice your opinion in the comments below.