Allergies are a huge health risk.

Some people with allergies only feel a slight inconvenience while others can get quite severe reactions that can make them end up in the hospital or even passing away. It might seem like I am exaggerating but there are so many stories where the same thing has happened again and again. However, it seems some restaurants just don’t learn and continue to think that some allergies are just a hoax.

Just because you haven’t heard of it doesn’t make it any less real. So if an individual tells you beforehand that you should omit something because they can get a severe allergic reaction from it, you might want to listen. After all, if they end up getting sick at your establishment, one will have to face a lot of lawsuits. You would think this restaurant would understand this but they refused to remake the order without tomatoes even though the customer had told them beforehand as well.

Just from reading this, you can tell it was supposed to be quite a good burger.

So he told the waitress beforehand that he is allergic to tomatoes and she presumably noted it down.

But when the food came, there were tomatoes in the burger thus he could not eat it without risking his well-being. 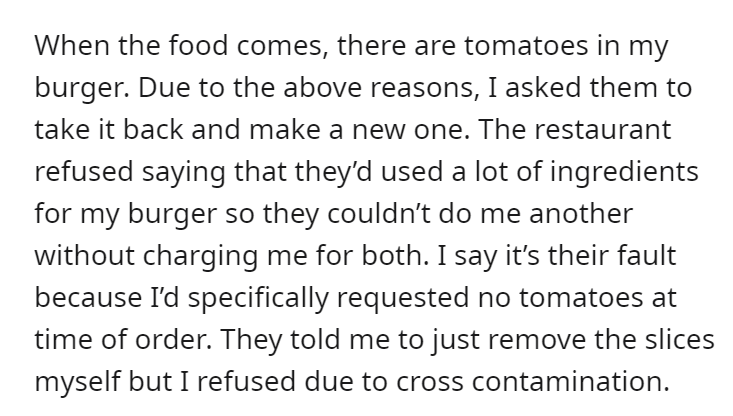 He asked them to remake it but they weren’t having any of it and wanted him to pay even though it wasn’t his fault. 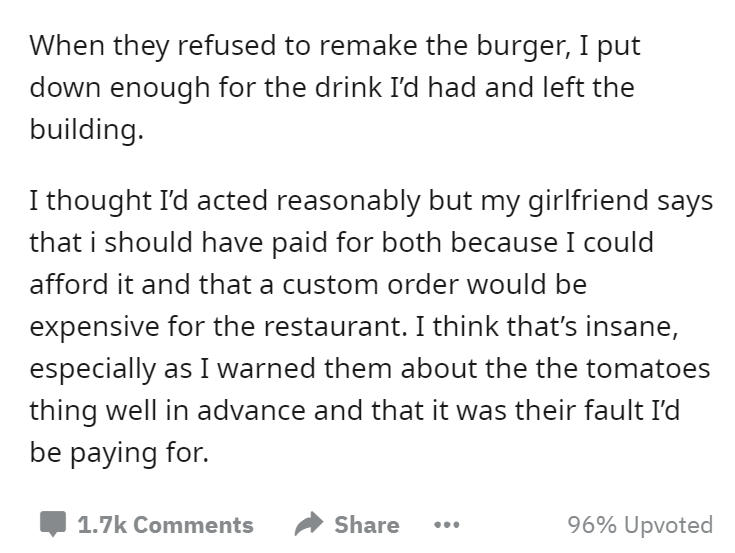 I worked at an average mom and pops restaurant, and we once made a new pizza for a customer, because the first one was “too baked”. It was completely fine. We did it because it was easier and cheaper than arguing and potentially losing a client. We also once had a similar situation to that of the OP. Another waitress forgot to write the allergy down and I was the one to bring the food. After I checked, we made a new dish, charged neither, got them free desserts and we apologized several times.

That is how a good restaurant handles mistakes! –BeeTheBirdie

Apparently, this sort of thing happens a lot as some don’t take others’ allergies seriously. 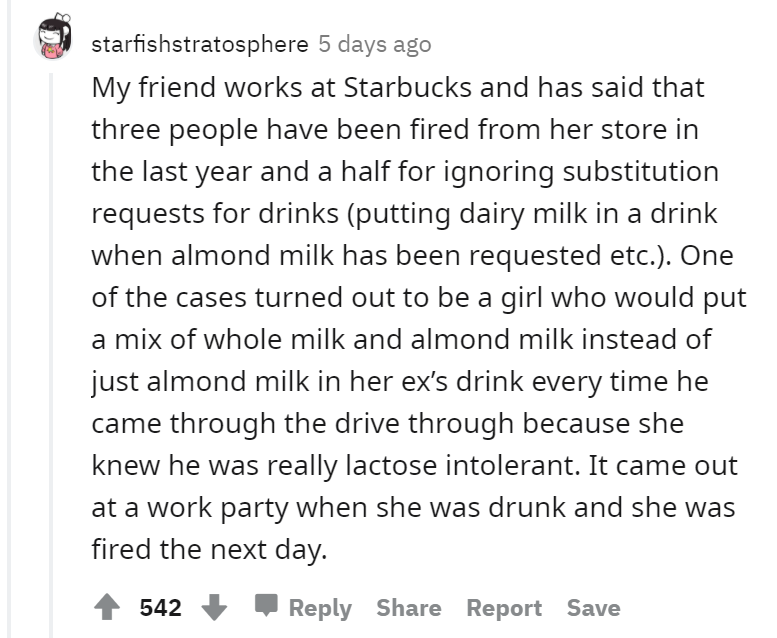 It might be annoying but it is always better to be safe than sorry. 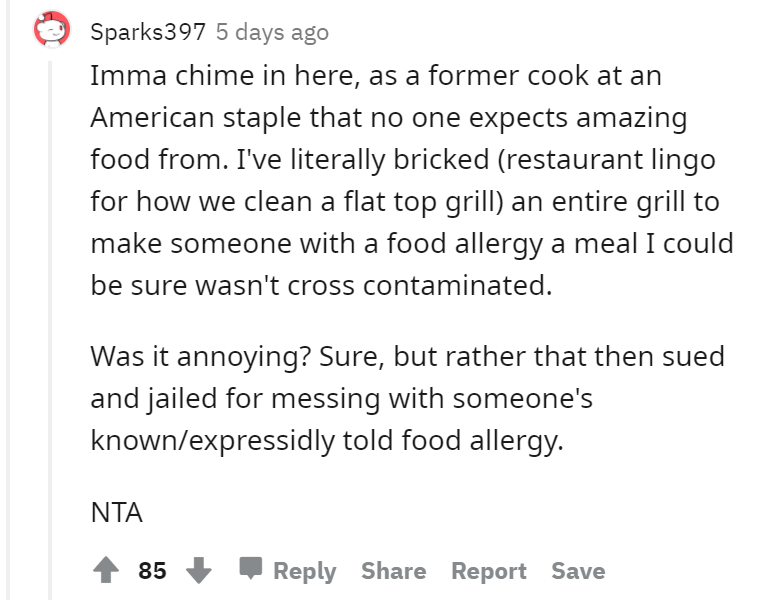 It wasn’t as if he had forgotten to tell them beforehand. 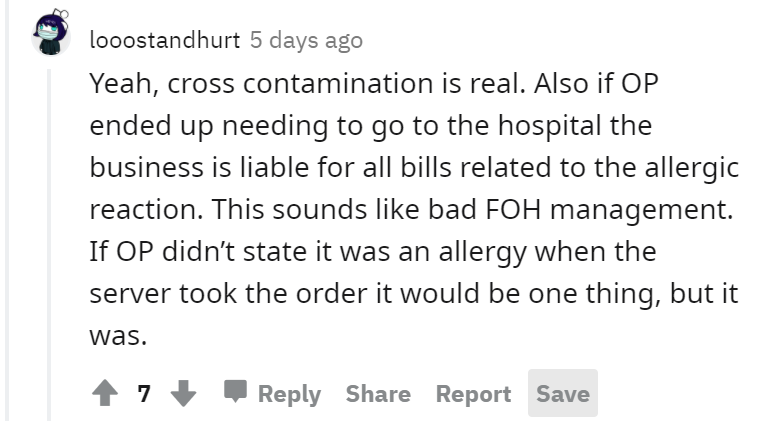 People in the comments were quick to share their own stories as well. 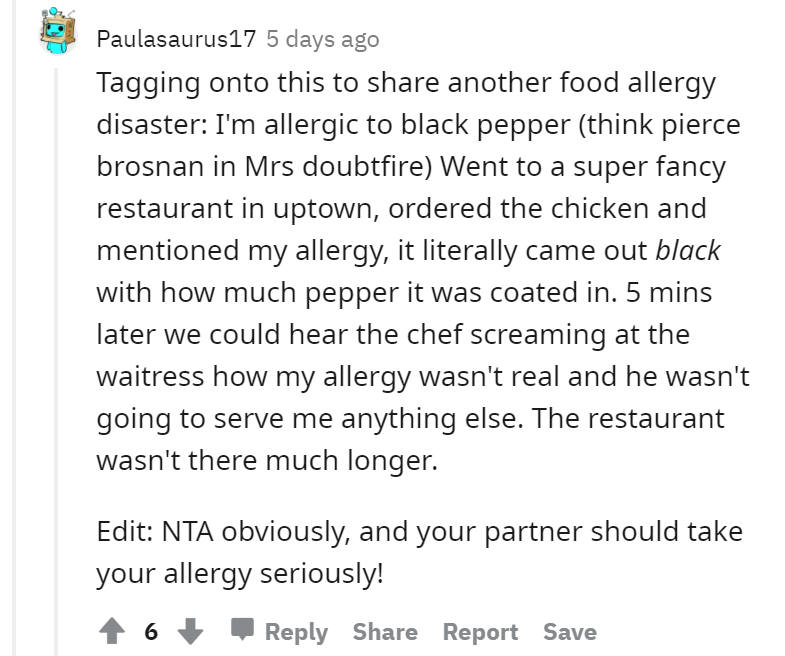 I am not a big fan of tomatoes and most restaurants are usually very accomodating. 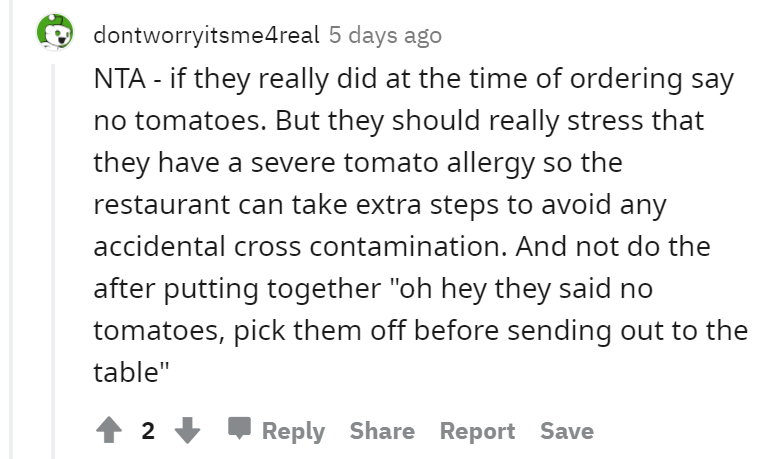 Why should he have to pay when it wasn’t his fault? 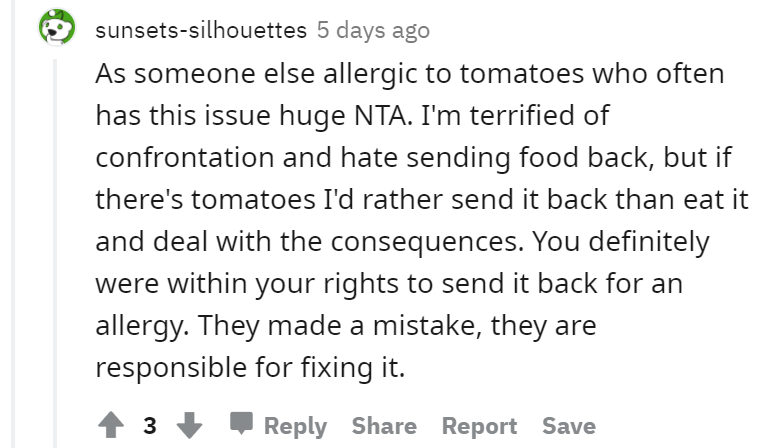 It can cause serious issues in the longterm even if it may seem mild right now. 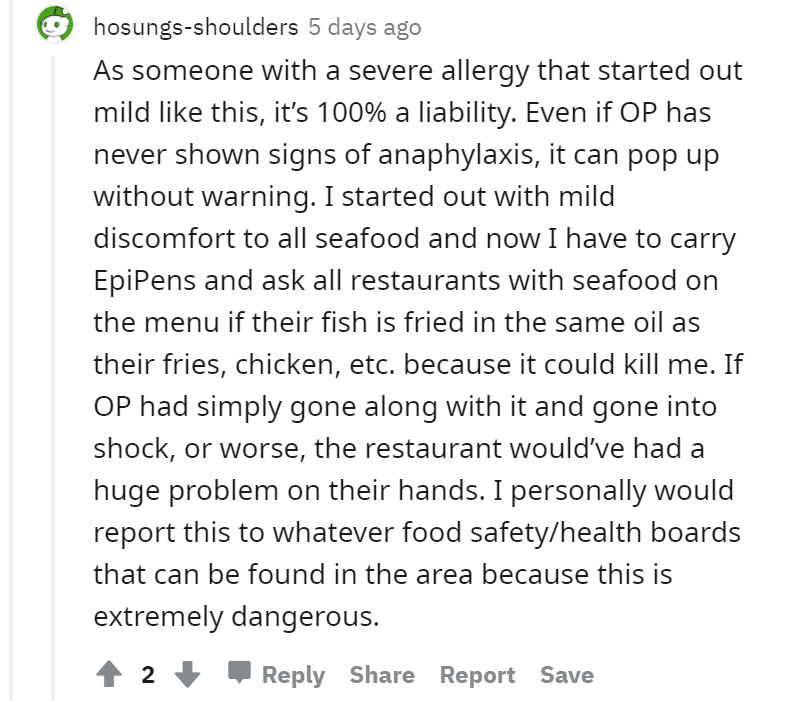 All of this could have been avoided if they just listened in the first place or just remade the order. 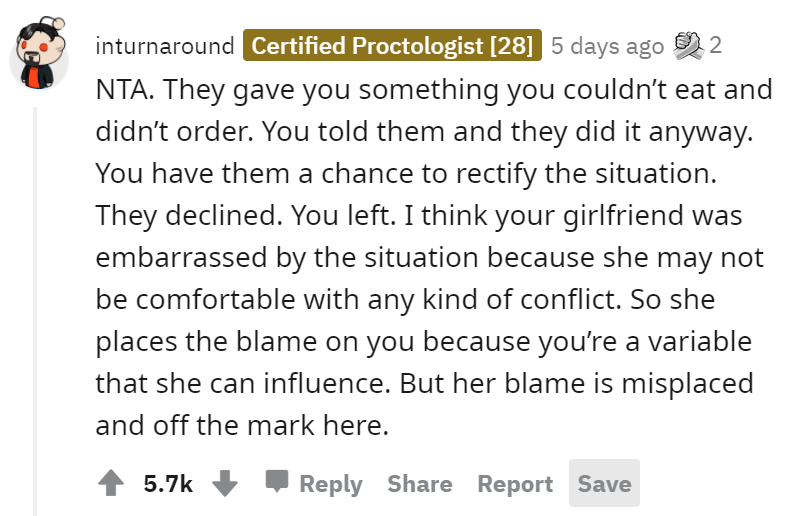 Most restaurants would do this even if it is your fault. 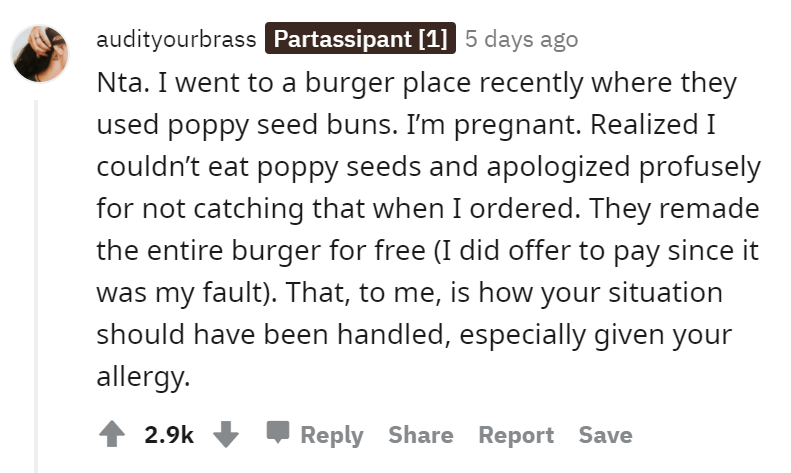 I wasn’t aware pregnant women couldn’t have poppy seeds but this is why restaurants should listen to their customers. 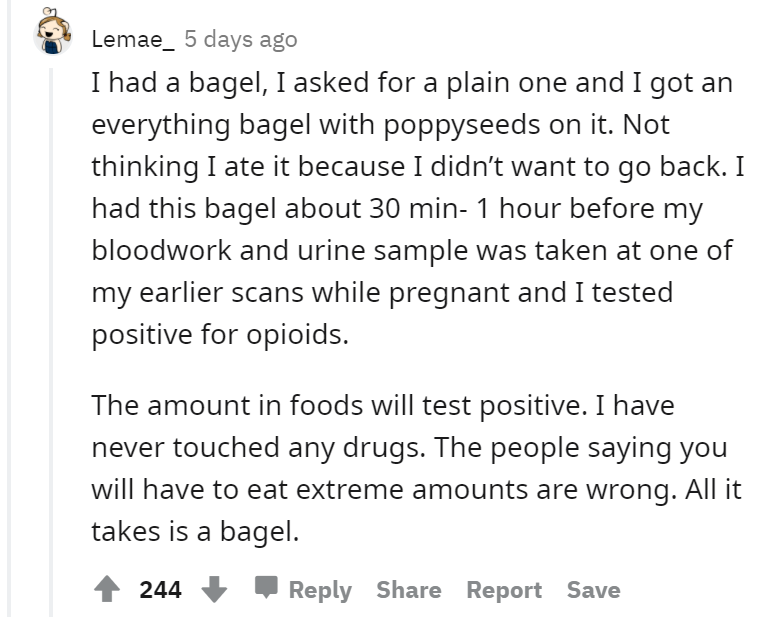 Right? I’m allergic to oregano (nothing too bad, but my tongue feels like it’s on fire, imagine eating spicy food), for this reason, I specifically order pizza without. One time they brought the pizza and it looked like it had A LOT of oregano(not joking, it looked like someone didn’t tighten the lid and spilled it everywhere).

I stopped the waitress and asked if it is and she replied that no it’s Basilico. I was like ok, nice they substituted oregano for Basilico so that it wasn’t as bland. DEAD WRONG! the burning sensation didn’t start right away and by the time it did I was half done with the pizza. Now my allergy isn’t that bad, but the pizza was so FULL of it that my throat started burning a lot. Long story short the ambulance was called since I could barely breathe. –LiliumIam

And what makes it worse is that their partner didn’t take their side as well. 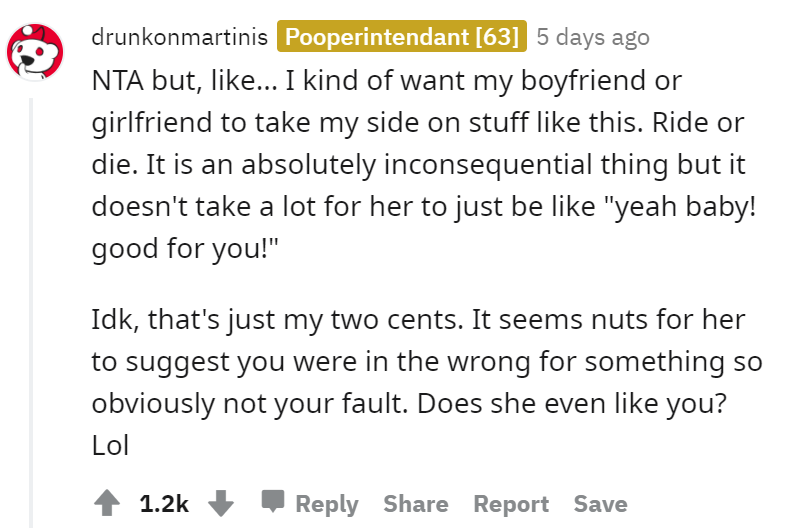 Have you ever been in this sort of situation? If so how did the establishment handle it? Let us know in the comments below.