Cats are very lovely. No one could resist giving them belly rubs. And cats happily accept them because they love belly rubs. But only when they want belly rubs. Their likes and dislikes depend entirely upon their moods. Although cats are very sweet creatures who love snuggles, treats, and lots of pure love, if they are not in the mood, they’d respond to a kiss with a straight wack to the face.

To understand why they do that is a complete waste of time so don’t bother. You could ask your cats directly but that would be their waste of time, so let’s mutually agree to drop it and agree that cats are very moody.

One of those moods that cats can perfectly pull off is being bossy. It’s not worth trying when it comes to being a better boss than a cat. They always win. Today we’ve got a story of a very bossy cat, which is going to prove to everyone reading this article that it is not us who own the cats, it is actually the cats who own us.

This bossy but extremely cute cat who belonged to a Feral cat community decided one day that all was enough. And she went on to domesticate herself by inviting herself into a person’s house and making it her forever home.

This boss baby was born in a Feral cat community, and according to the owner that this cat adopted, she just decided to self-domesticate one day. 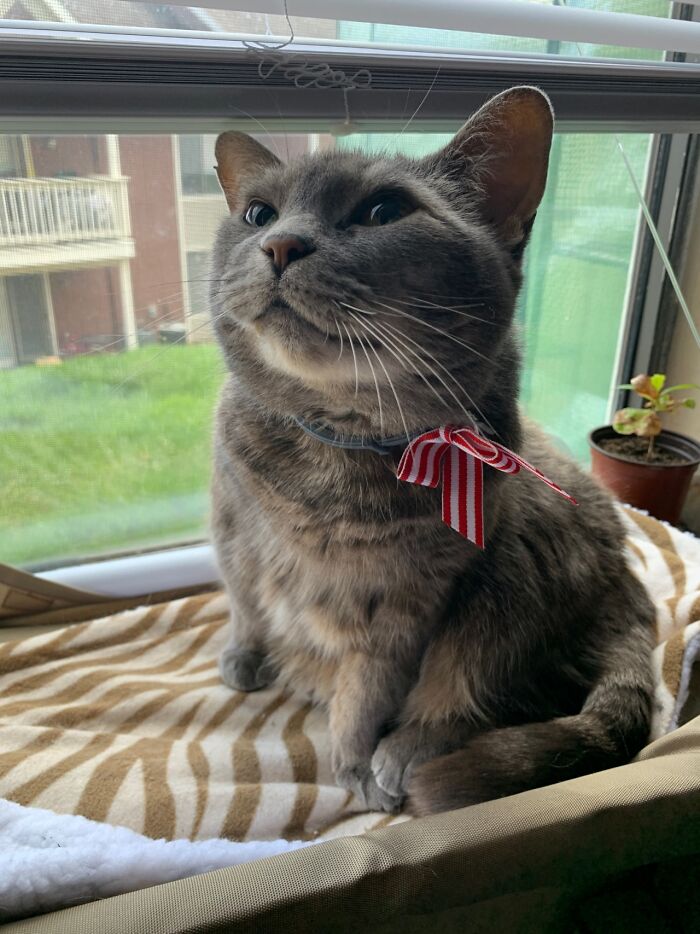 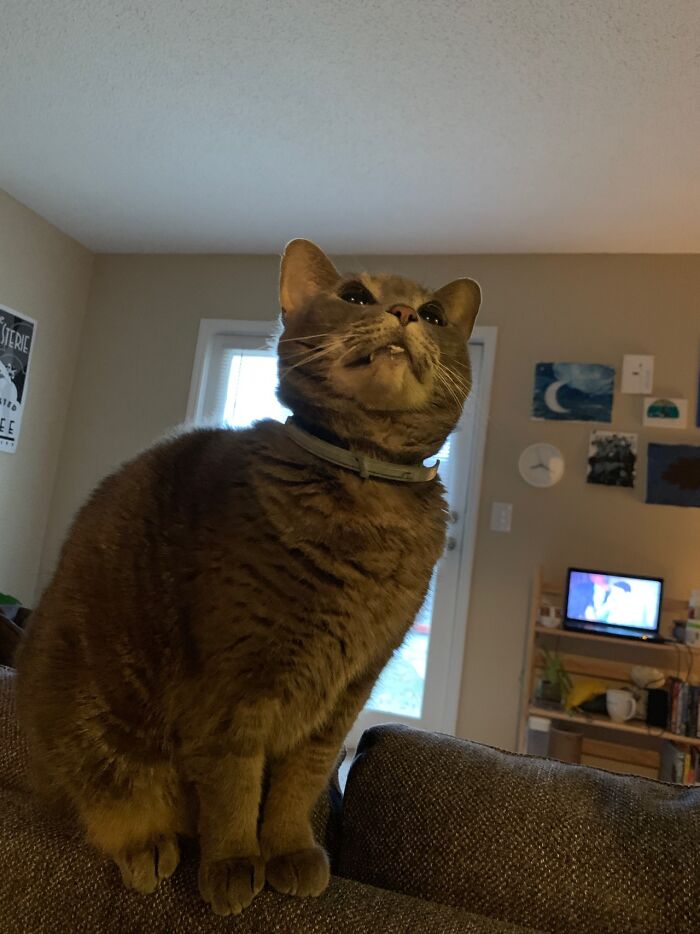 Just goes on to show the impact of commitment to life.

Surely, the kitty must’ve gotten rejections, but she stayed committed and eventually achieved her goal of adopting a human family. 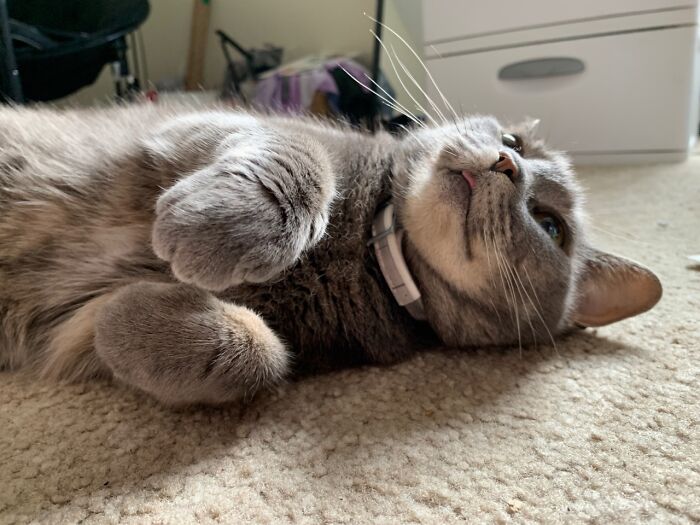 The owner had a brief idea as to why the kitty was there. According to her, the cute little cat had had enough of her wild days and wanted to leave peacefully now.

With a package that includes chicken and unlimited belly rubs, the intention was loud and clear that this kitty wanted to be pampered.

A certified feline behaviorist and trainer Molly DeVoss said the following about feral cats in an interview with Bored Panda, “They learn that the person feeding them is reliable, predictable, and not going to harm them.” This clearly shows that this little girl took a very big step because it does take time for them to trust anyone.

But, there were no regrets from either side. And the ex-feral cat community member was given a new identity, “Ghost.” 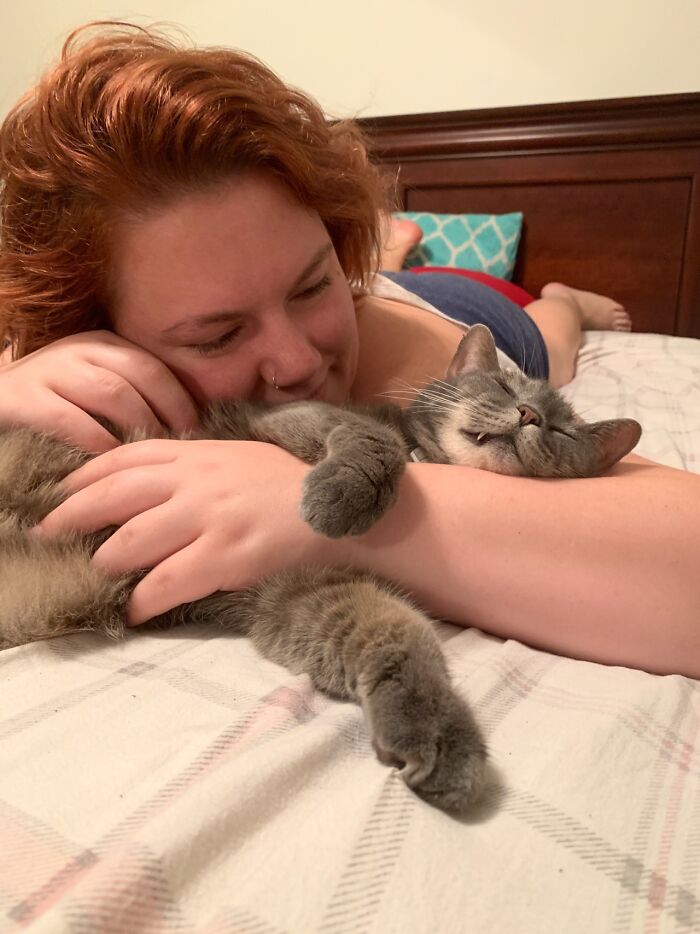 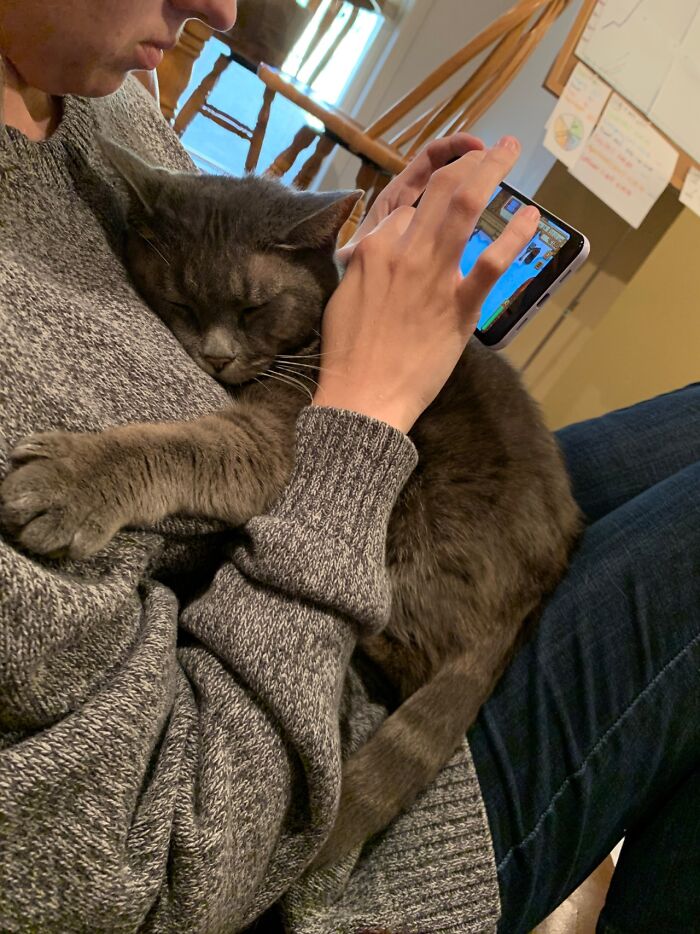 According to Molly, the certified feline specialist, not all community cats are feral. A truly feral cat is one who has never interacted with a human. A kitty that strolls around the neighborhood for better meals and companionship is not feral at all.

She further added, “Over time, a feral cat can discover that a person can be depended upon, provide a good meal and warm place to stay, and begin to show their appreciation with tenderness,”

Trusting is a slow process for feral cats but it is not impawsible. 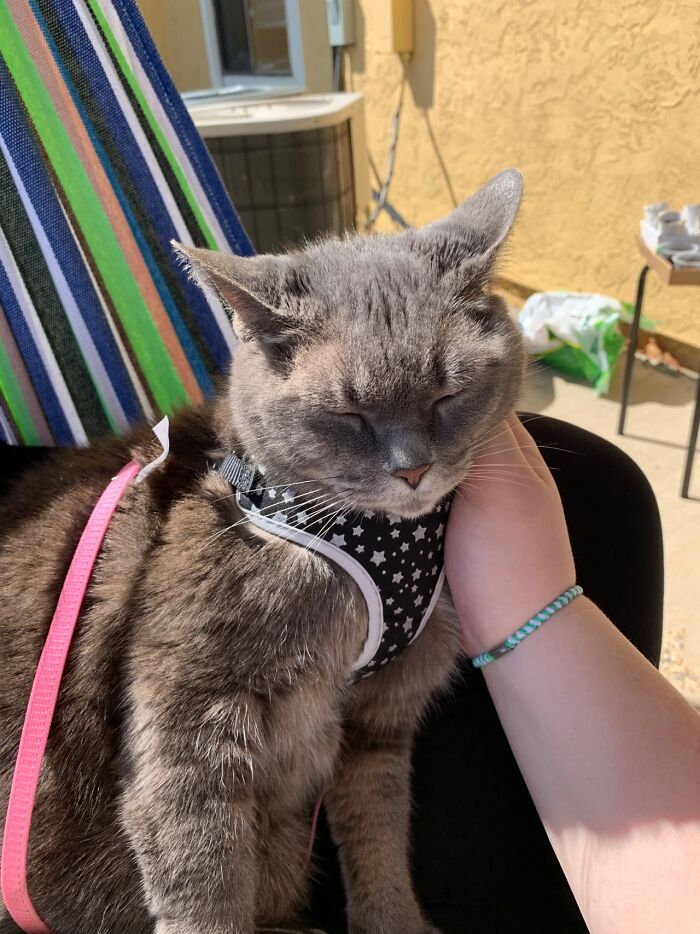 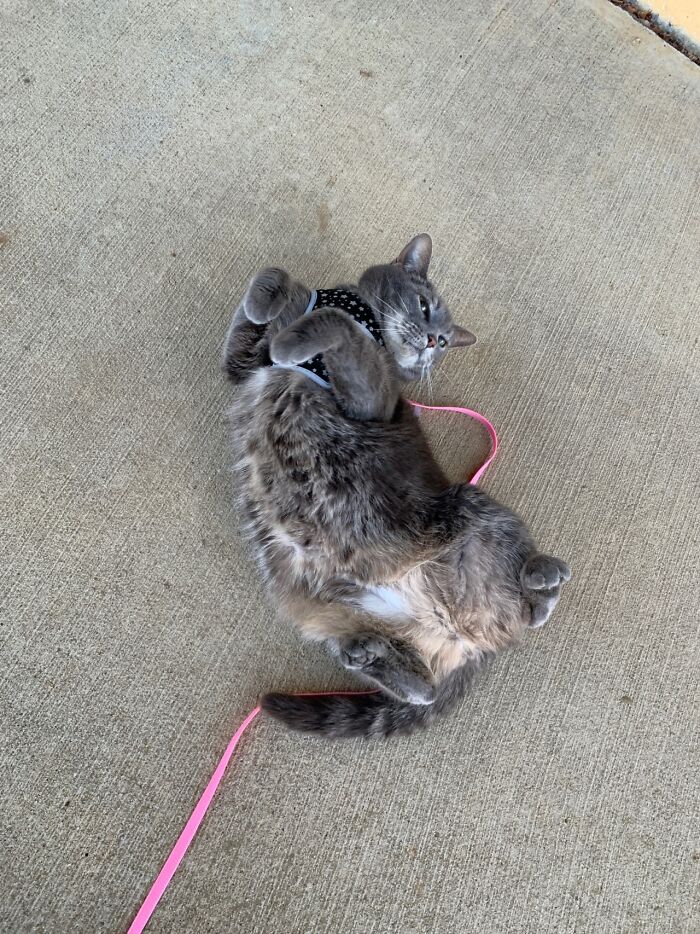 When the Tumblr audience heard the story of Ghost, they were quick to point out to her owner that all cats domesticate themselves like this.

A study about the spread of domesticated cats published in ‘Nature Ecology & Evolution’ states that cats have been around for a very long time, and before all this domestication they used to hang out with humans. The authors have reasons to believe that about 8000 years ago, cats used to hang around farmers and helped them control the increasing population of mice and rats.

Co-author of the study, Claudio Ottoni, from the University of Leuven said, “It’s not that humans took some cats and put them inside cages. instead, people more or less allowed cats to domesticate themselves.” 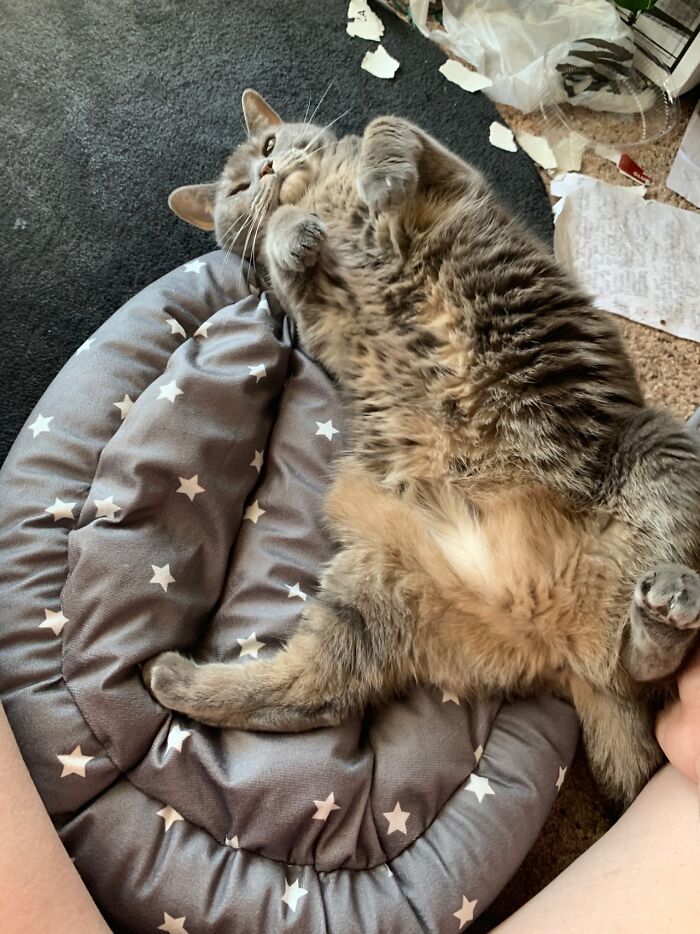 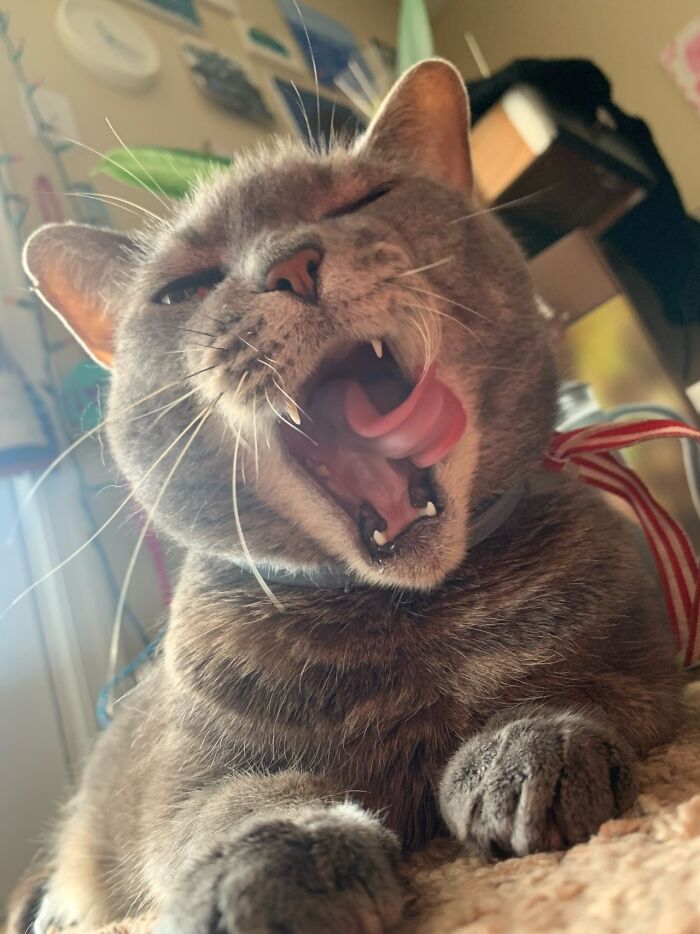 According to an evolutionary geneticist, Eva-Maria Geig, not much changed as cats slowly and eventually got closer to humans. Compared with the domestication of canines, they were actually selected by the type of tasks they were good at performing. This is the only reason why there is so much diversity in dogs in terms of behaviors and the types of activities they do.

Blotched or striped coat markings on their bodies were what differentiated ferals from domestic cats. 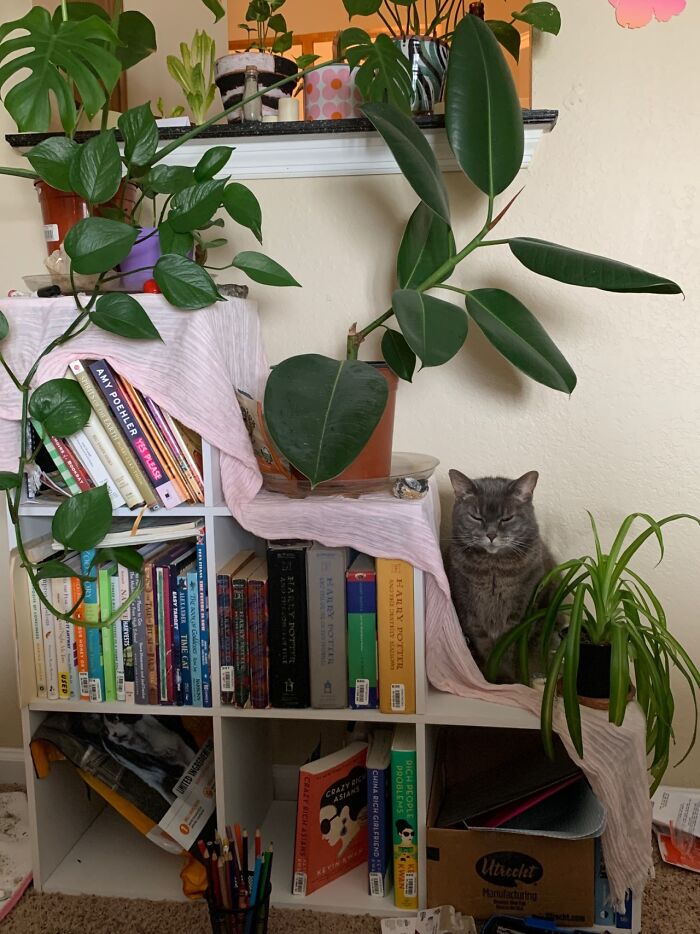 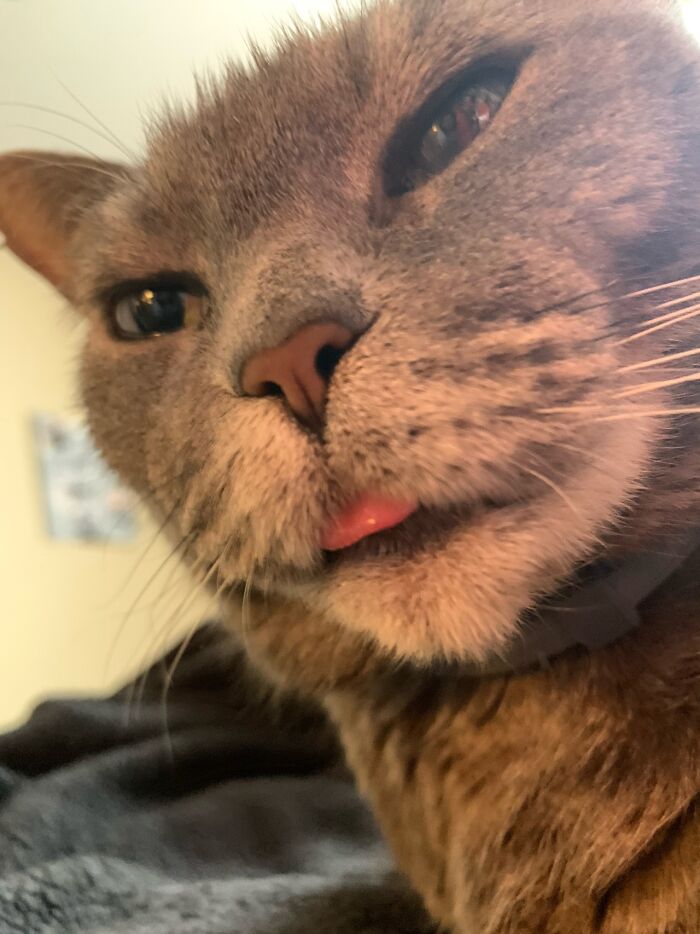 Ghost’s owner posted all the pictures of her on Tumblr, and they were received very well by them. Here are some of the adorable responses that Ghost got:

We love Ghost and wish her all the best in life. Enjoy those belly rubs cuz you deserve them. We hope you guys enjoyed this article. Feel free to share your opinions in the comments down below.