A pet is considered family.

When you adopt an animal, you are agreeing to a lot of responsibility. You have to take care of a living creature, and it will repay you by giving you unconditional love and loyalty for the rest of its life. Just like you would sacrifice for your own child, you would do everything for your pet as well. When it comes to the question of spending money to save the life of your dog, you would blindly put in the money to save your family. However, not everyone understands that. Especially those who don’t own pets.

Redditor u/gooddogbadbf asked on r/AmITheA**hole if he was wrong for wanting to spend over 10K on his dog Summer’s cancer treatment. His girlfriend was not very fond of the idea as she thought that money could be used for their future wedding and kids. So, he asked Reddit for help.

This is his dog Summer. 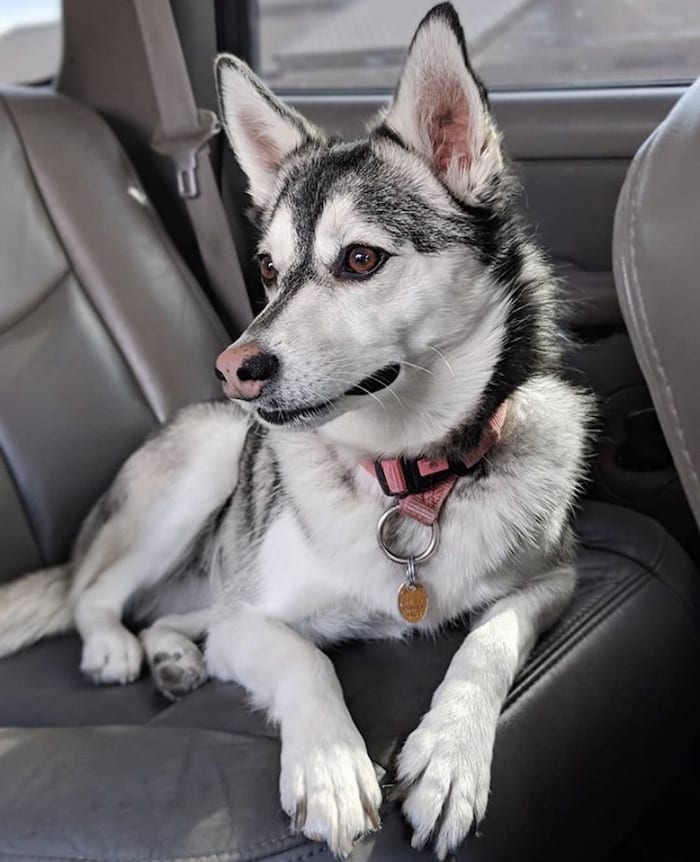 He wants to save Summer and he saved up money for this exact situation.

His girlfriend, however, thinks he should save up the money for something more “important.” This was what he shared on Reddit.

“Now when I told my gf of 2 years about my dog, she asked what I was going to do, since it’s not like she expected me to have that kind of money lying around. And if I hadn’t been saving money specifically for my dog, I probably wouldn’t be able to afford her treatment. When I told her about the money and that I was going to pay for the surgery, she was upset because 1. She didn’t know about the account and 2. I’d be spending so much money when she’s out of a job and struggling. She moved in with me a few months ago and doesn’t have to pay rent. We haven’t really discussed finances that much, but I know being laid off has hurt her.

She thinks that I shouldn’t spend it on my dog and wants me to save the money for if/when we get married or have kids. I told her that I’m going to do it and I’m going to schedule my dogs treatment soon. With all that’s happening, neither of us have been able to spend time away from each other, so we haven’t said much the past 24 hours and she’s still upset that I’m picking my dog over our future. So, AITA for spending so much money on my dog?” 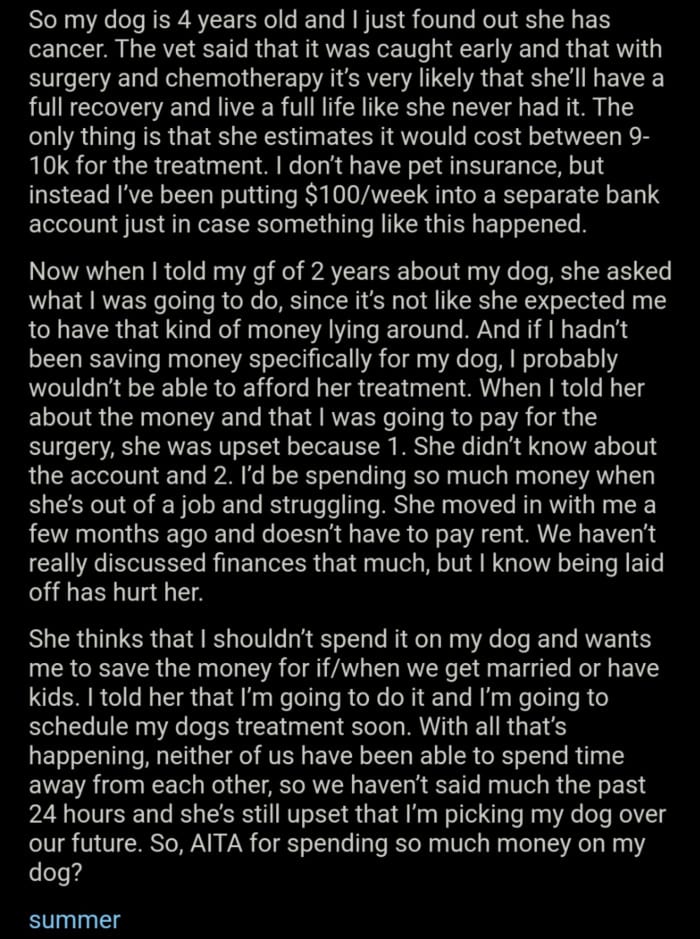 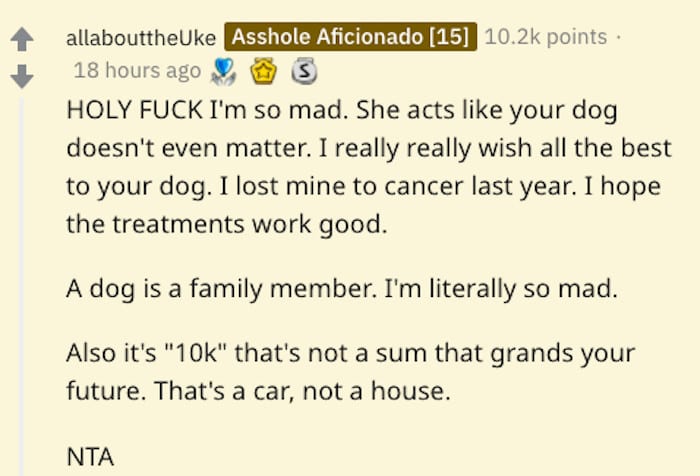 A pet is a life. No wedding should be prioritised over a life. 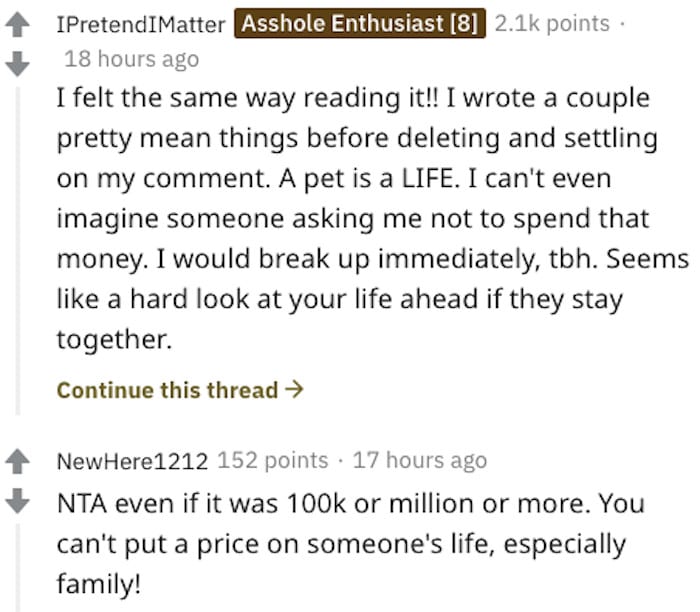 The girlfriend received a lot of hate. 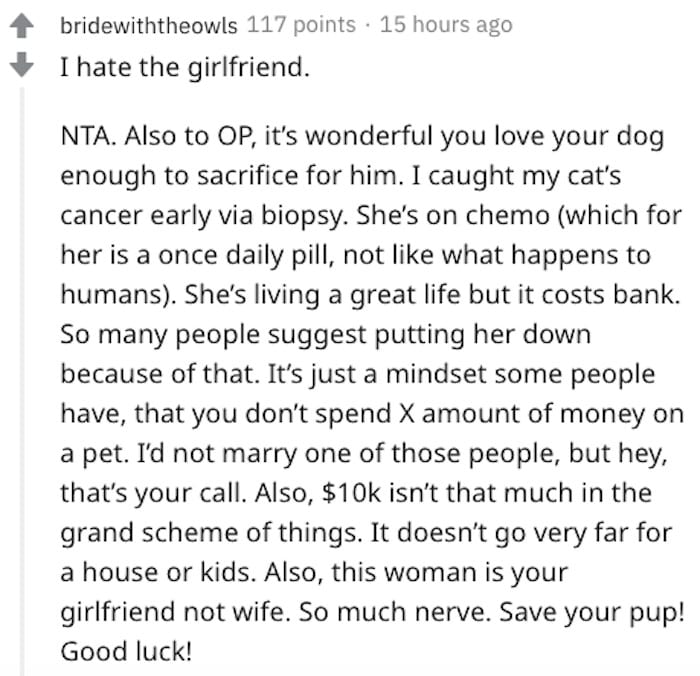 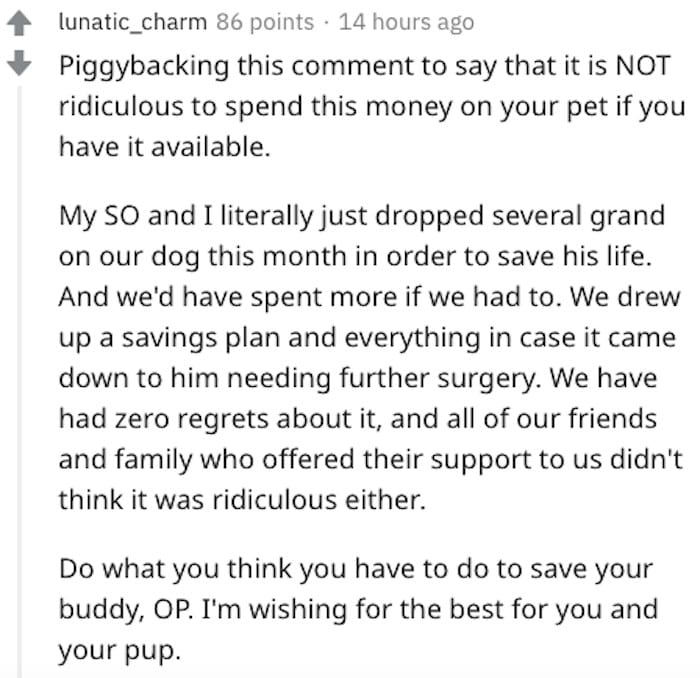 10K isn’t going to make your future. What world are you living in? 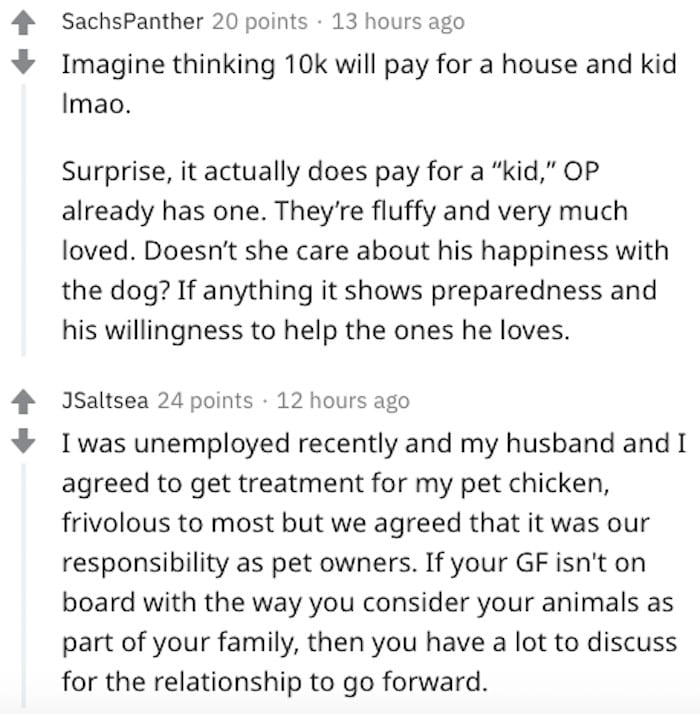 That is a huge red flag. 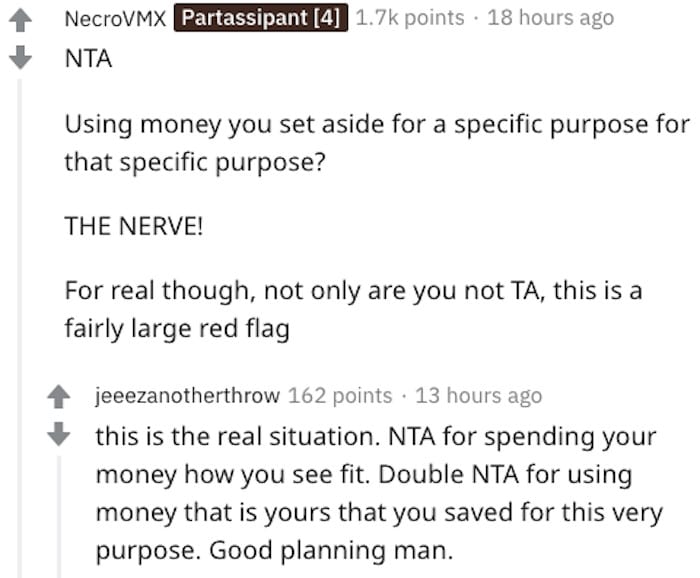 My cat got sick 2 years ago. I recently started earning and had no idea how to spend my money. My cat had little chances of surviving and his treatment cost almost all of my paycheck. I did not think twice before spending all that money. If he had even a 1% chance of surviving, I would take the risk. I did, and he thankfully survived. I have zero regrets to this day.

Is the girl really the one for you? 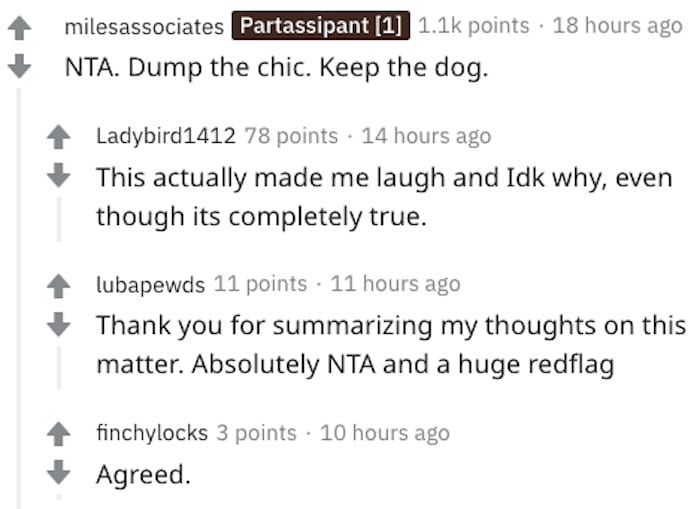 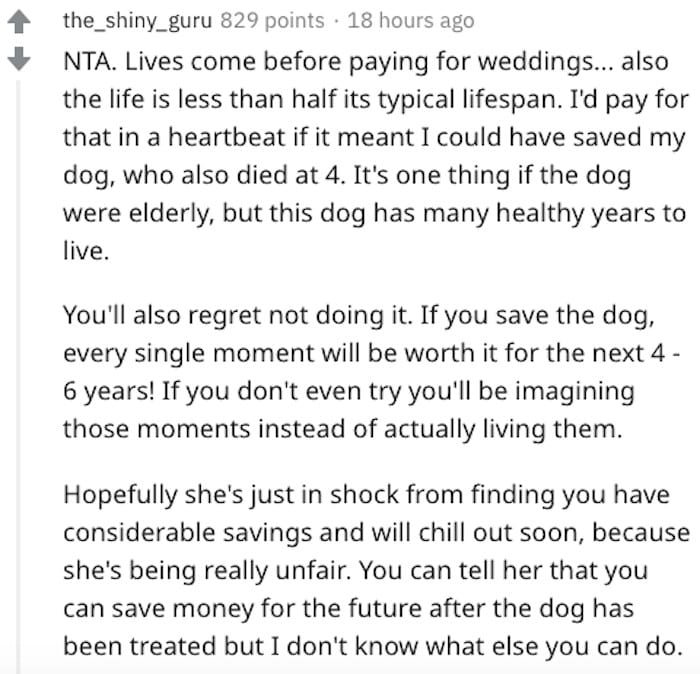 People shared their own experiences with sick pets. 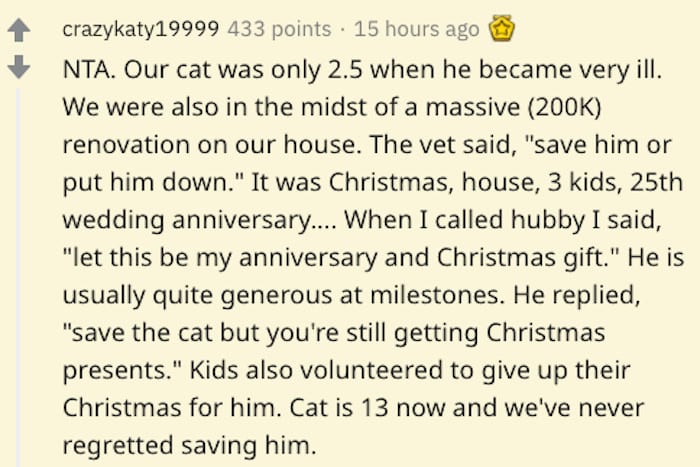 However, some people understood the girlfriend’s point of view. 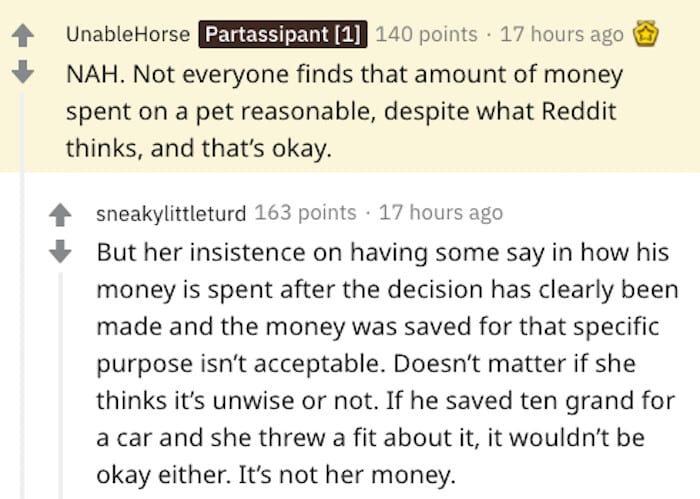 Some claimed that the people siding with OP were irrational. 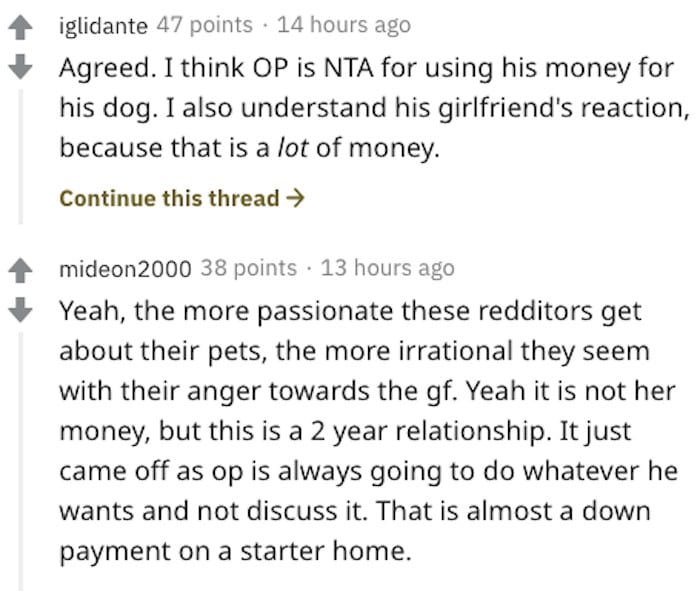 It is more complicated than you think it is. 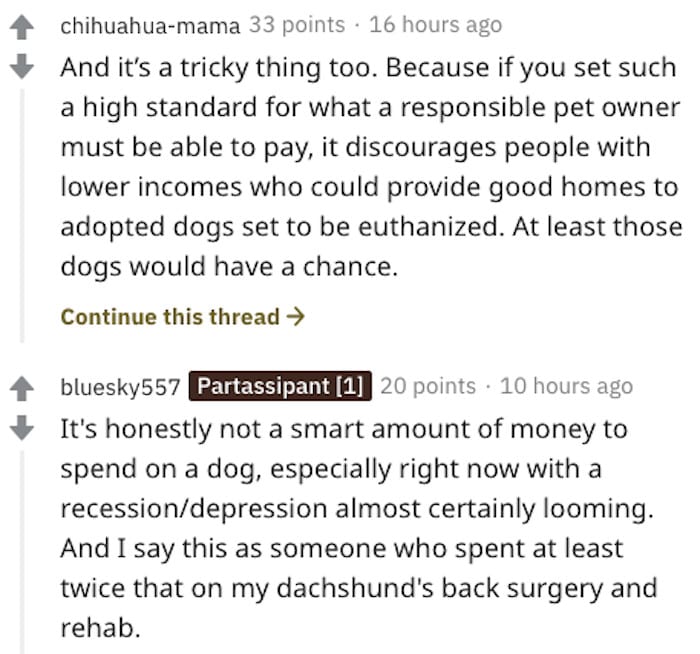 This guy’s only fault was that he didn’t get insurance for his dog. 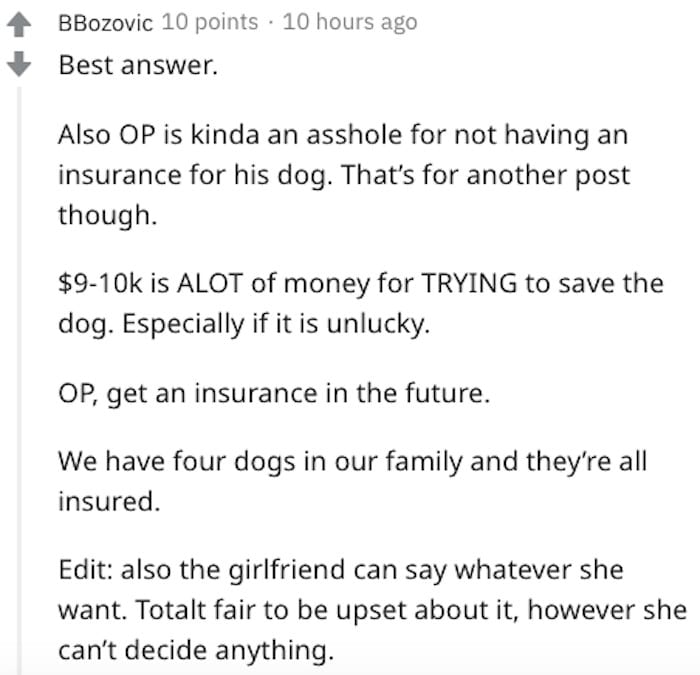 What do you think? Who’s side are you on? The guy’s or his girlfriend’s? Let us know in the comments below.