As bizarre as the title of this article sounds, it’s not like what you’re thinking.

Welcome to another episode of AITA (Am I The A-Hole)! For the new users – It’s a very famous Reddit’s thread where people would share their arguments and let people decide whether they were wrong or not. It appears like people are seeking validation but it’s not entirely about that. There are many things that we just cannot discuss with our family and friends as they are obviously inclined to be biased about it but by asking strangers, we can have a good perspective on it. Some would oppose you and be biased about it but a majority would be neutral and would offer great suggestions too!

Anyways, coming back to the story, it’s about a teenager who’s just 17 y/o and decided to choose his dog over his mother and her NEW fiance! Well, it sounds slightly odd but before we get to a conclusion and start judging the boy, let’s hear what he has to say! So, let’s just go ahead and read the entire story to find out what the whole fuss was about and why he had to choose between his mother and his pupper! Scroll down to begin;

1. Wow. Her mum just straightaway expected her son to abandon the dog? 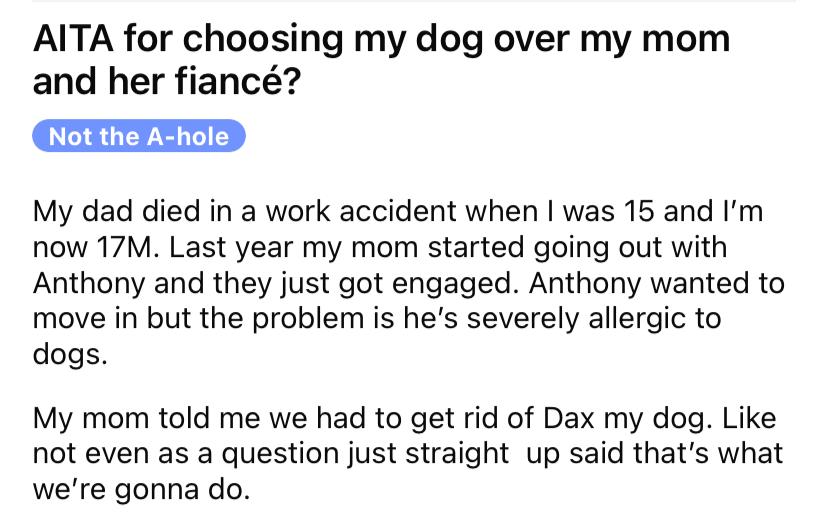 That is cruel AF!

2. What mother would want to pursue his son to abandon their dog? Who happens to be a big part of his life!

Sad his mother didn’t prioritize the dog or her son at all.

4. It’s certainly not easy to just give away your dog like that.

5. So, the guy decided to move in with his Grandpa! 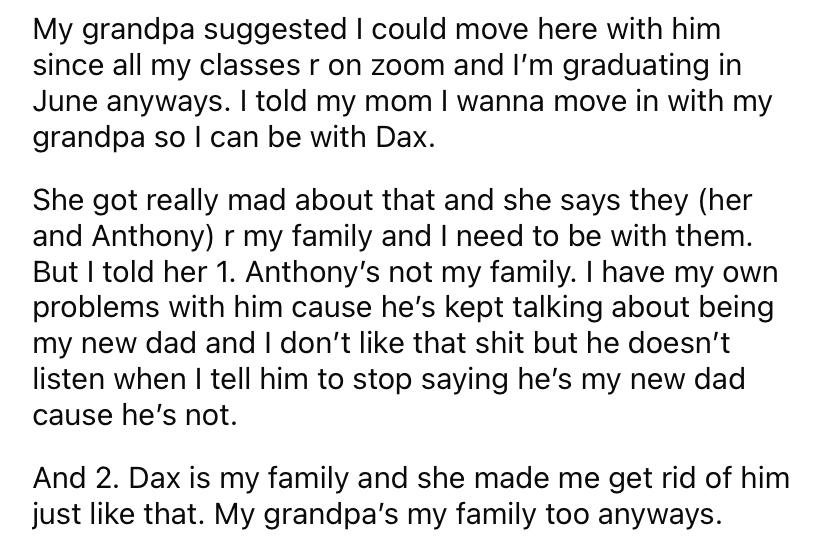 That is a great move!

He’s shitty just because he decided to choose his dog who means a lot to him? What about you, lady? You could have prioritized your son as well.

Sadly, your mum is! She shouldn’t be forcing you into something that you don’t want to. She should be taking care of your needs instead of shovelling her new relationship down your throat that too on the price of your dog! Very sad. Anyways, people were furious as well and let’s see what they had to say about it!

Well, this was one of the most wisest comments! 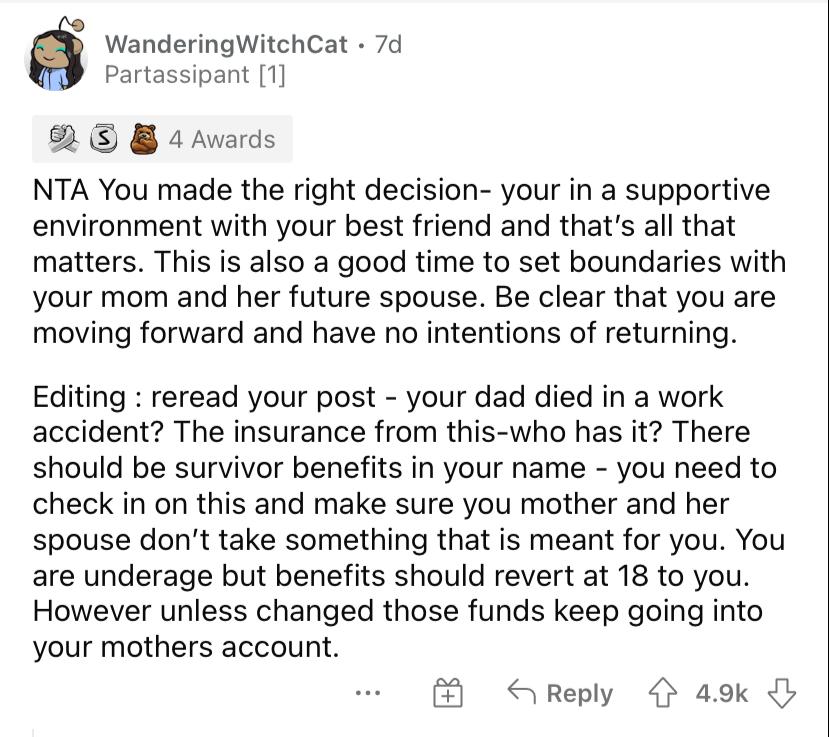 Exactly what we thought! 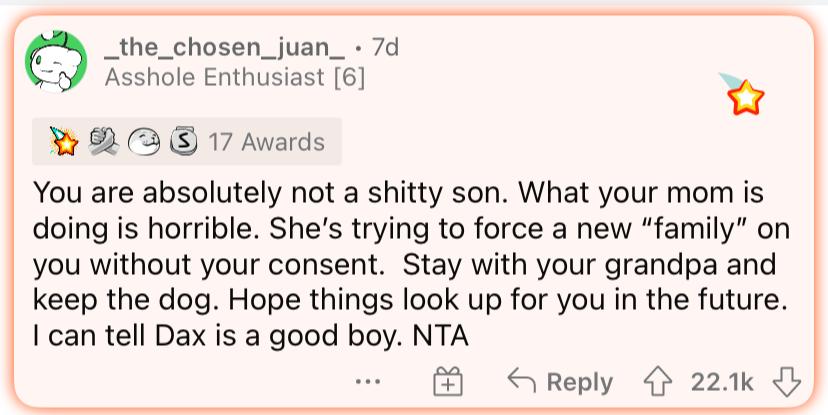 Yep. His mother is being extremely inconsiderate!

IKR! How can they just expect their kids to accept it!? It takes a lot of courage and a child goes through a huge trauma!

Yes, that’s what we’re wondering as well. She clearly cares more about herself!

And our today’s episode ends here! We hope and pray that God gives enough strength to this kid so he can pull through these hard times! Also, we wish all the best to him and his doggo that they live a happy and peaceful life together without the toxic people in their lives! Let us know what did you think regarding the story in the comments section below.