No one should be fine with this.

Having a non-toxic workplace is sort of like a dream. Some lucky people get to have a workplace where they can completely adjust themselves, meanwhile, other people really have to work hard in order for them to have a healthy work environment. So your workflow, wherever you work, shouldn’t be interrupted by anyone. Not even your friends or family because even a slight bump by them can cause major issues for you and your job. The workplace should only serve one purpose, and that’s getting done with your work. And the person working there should be accountable for their actions without any external force playing a role in it. You can somewhat relate this to ”work ethics”. Sure, your family members or friends would love to visit your workplace but it’s really risky if they don’t know what to do and cause more issues for you than you already have on your plate.

This husband worked really hard to get where he was. His father’s friend opened a small restaurant business and the husband worked extremely hard to get close to a managing position. There was obviously trust gained over the years in order for his father’s friend to lend him a spot where he seemed like the manager. He told his wife this and she didn’t understand this and behaved recklessly.

He started working at his dad’s friend’s restaurant and worked there for a couple of years. 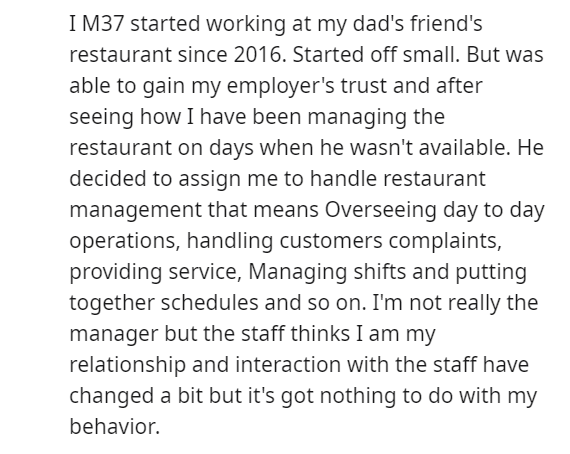 She was thrilled to hear what he had to say but didn’t completely understand the consequences of what her actions could do. 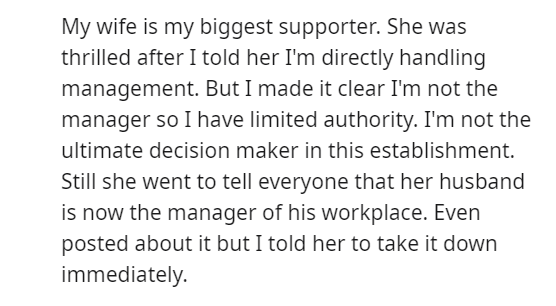 Advertisement
She went there with her friends, ordered food, and got into an argument with the waitress. 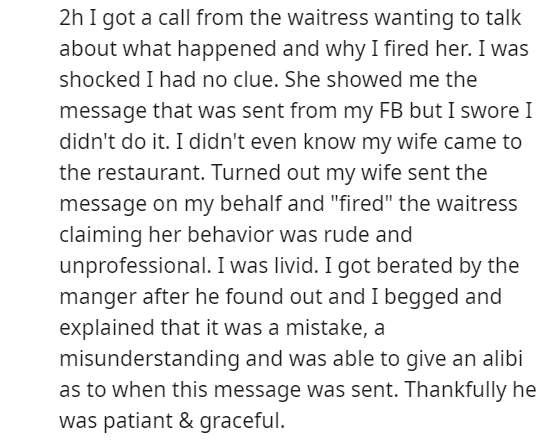 The husband got into an argument with her and told her how her negligence could’ve cost him his entire job. 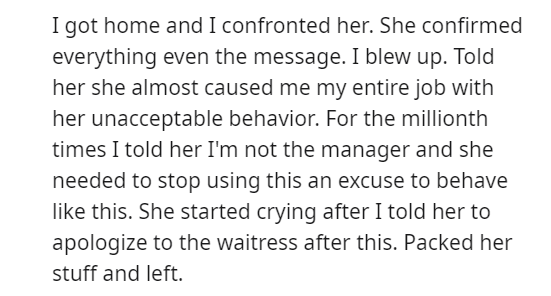 Advertisement
She left the house and later her parents called him, asking him to apologize to their daughter. 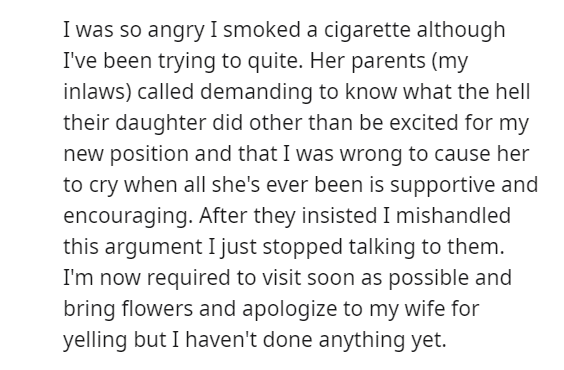 In my personal opinion, I think the guy is right here, as it was his hard work that earned him his spot and he knew what could trigger his work (in a bad way). His wife overreacted and could have gotten him fired over her own ego issues.

This is what other Redditors had to say about the whole story.

Most people called her out on her bad behavior.

This person told him to change all of his passwords.

It should’ve been the other way around, according to this Redditor. 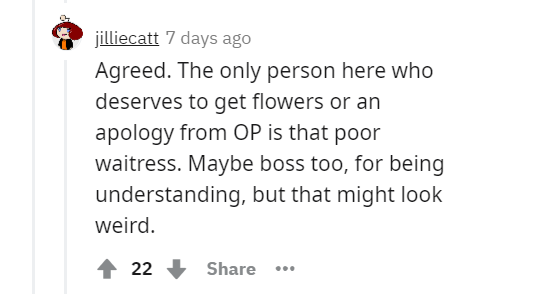 Let us know what your thoughts are on this story. Who do you think is wrong here? Did the husband overreact or the wife? Should the husband decide to apologize or get an apology instead?