There’s no doubt that feelings and emotions associated with parenthood are beautiful. In fact, those feelings are unlike any other in the whole world. The first time parents hold their baby they experience mixed emotions that are followed by a sudden surge of happiness. It’s something so intense that not everyone can understand. It’s like seeing your own reflection or holding yourself except it’s a completely separate being. It gives parents a sense of power knowing their family is now complete and that they have someone who will carry on their legacy.

But, we know all that with great power comes great responsibility. While parenthood is amazing, it’s definitely not all butterflies and rainbows. It’s a commitment parents can’t — at any point — turn away from. In short, it’s a phase full of challenges and struggles. However, it should be noted that the word “struggle” here implies struggle by parents. Not by children. Now, this is something that should be obvious, but it’s not. A lot of parents don’t know what parenting actually means and no the whole “first time parents” concept is not an excuse here.

It doesn’t matter what the life situation is, giving love and care to all kids equally is always in the hands of parents. So, if there’s a neglected child — deprived of love and affection — only parents are to blame. Also, this is way more common than one can expect. Consider the following story for instance. Parents abandoned one child to focus on the other one who was terminally ill. Now, this was definitely a complicated situation. But did the parents do justice? Read everything below and decide yourself.

“AITA for telling my parents they only have one daughter and she is six feet in the ground.” 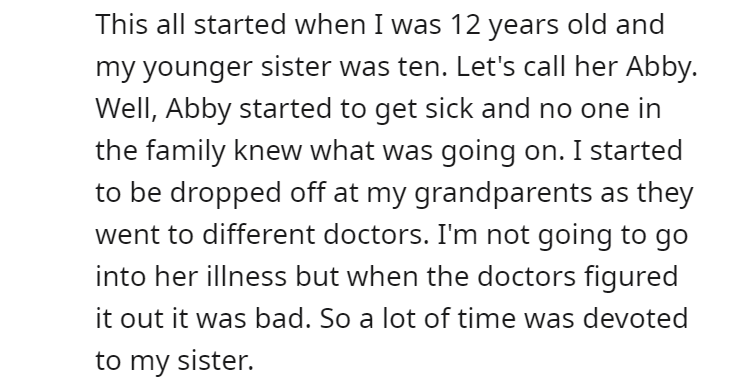 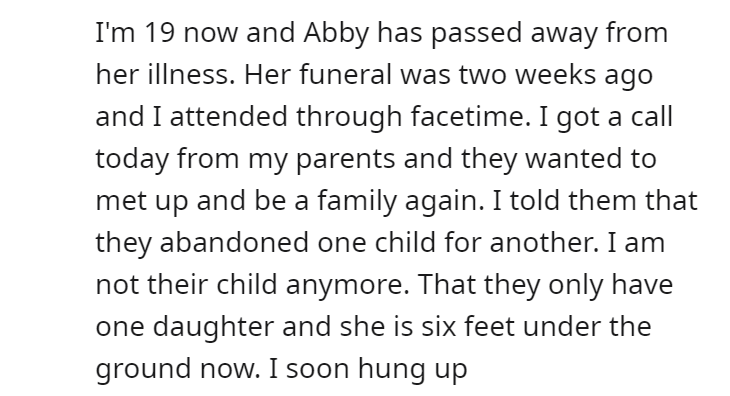 But, sometimes it isn’t so simple. Sometimes, not all kids are born the same way. Sometimes, a child requires more care than the others. It’s natural and understandable. But caring for one child a little more doesn’t mean that you stop loving or caring for the other ones completely. That’s just wrong in every way. Sadly, not a lot of parents understand this and end up neglecting one or more of their children.

Here’s how some of the Redditors responded to OP:

The parents were in a tight spot no doubt, but they could’ve done better.

Not being hard on yourself at a time like this is important. 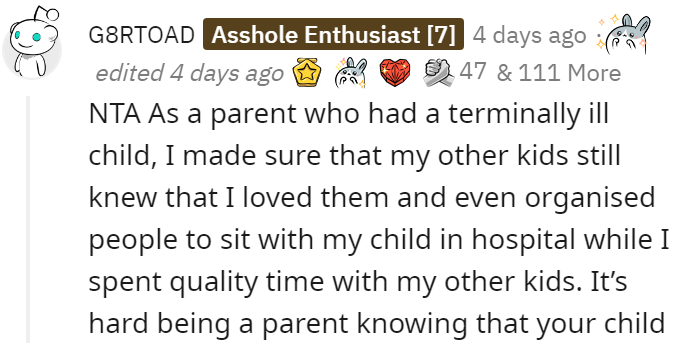 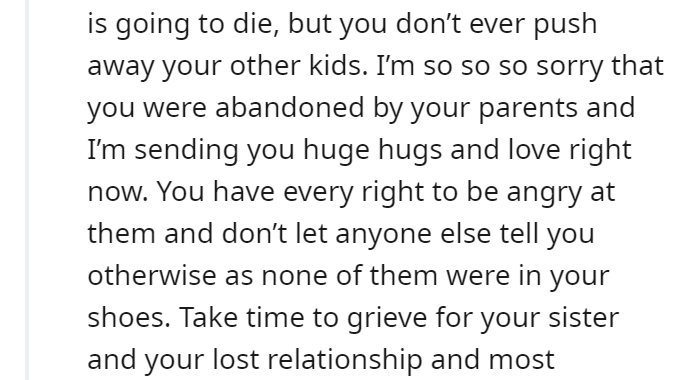 It’s unanimous. The anger is valid. 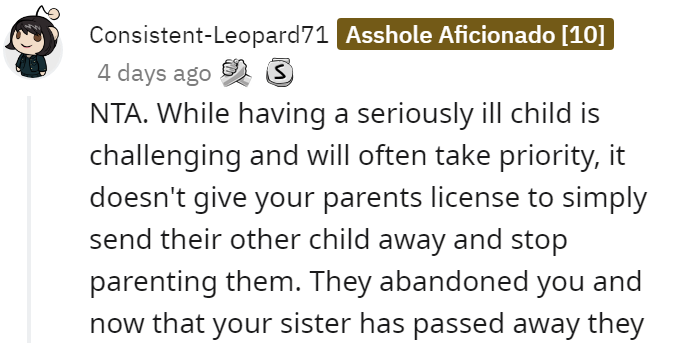 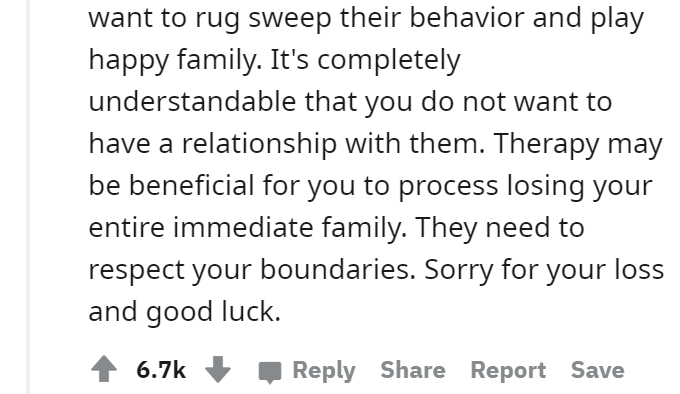 Again, it’s a tight spot for OP, but he did good by standing up for himself and not settling for anything less. 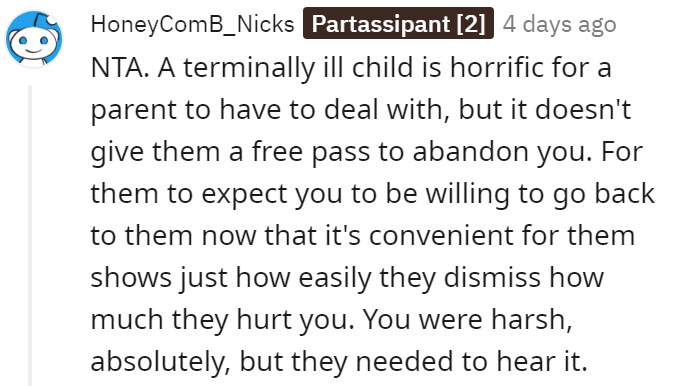 Life has more for us than we think. It’s important to realize this. 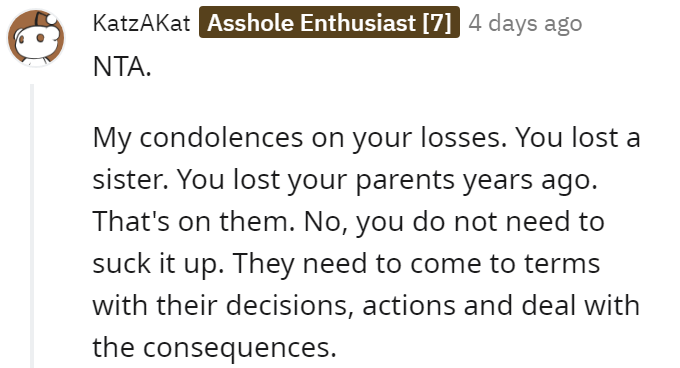 There’s no doubt that parents are the first people we look up to for everything, but it’s also important to understand that there are so many people out there who never really had parents or families and they’re doing just fine. Life has more to it than we think. We should always see the good that our life has to offer and move forward.

What’s your take on this situation? Who was right here? Share your thoughts in the comments below!