They say conceal it, don’t feel it. Don’t let anybody know. However, some people fail to do so. Maybe they simply don’t know how to. Generally bragging about how rich you are is a big turn off, and it is better to stay as humble as possible. Others see you with much more respect when you’re a down to earth person and don’t show off your wealth. After all, no one wants to hear how being able to afford expensive things isn’t a big deal for you.

Sometimes, you are simply a humble person, who minds it’s own business and doesn’t brag about its wealth. However, unintentionally one might drop a few hints of their wealth and others go like, whoa! you’re rich. Although it wasn’t intended, you still said it by mistake. There’s no one to be blamed, but people are just surprised and form opinions. Someone on Reddit decided to hear out some fun and interesting stories by asking Redditors to post about them. So here are 15 that we found rather amusing. Scroll down and check them out.

How to look rich? Well, that’s how. 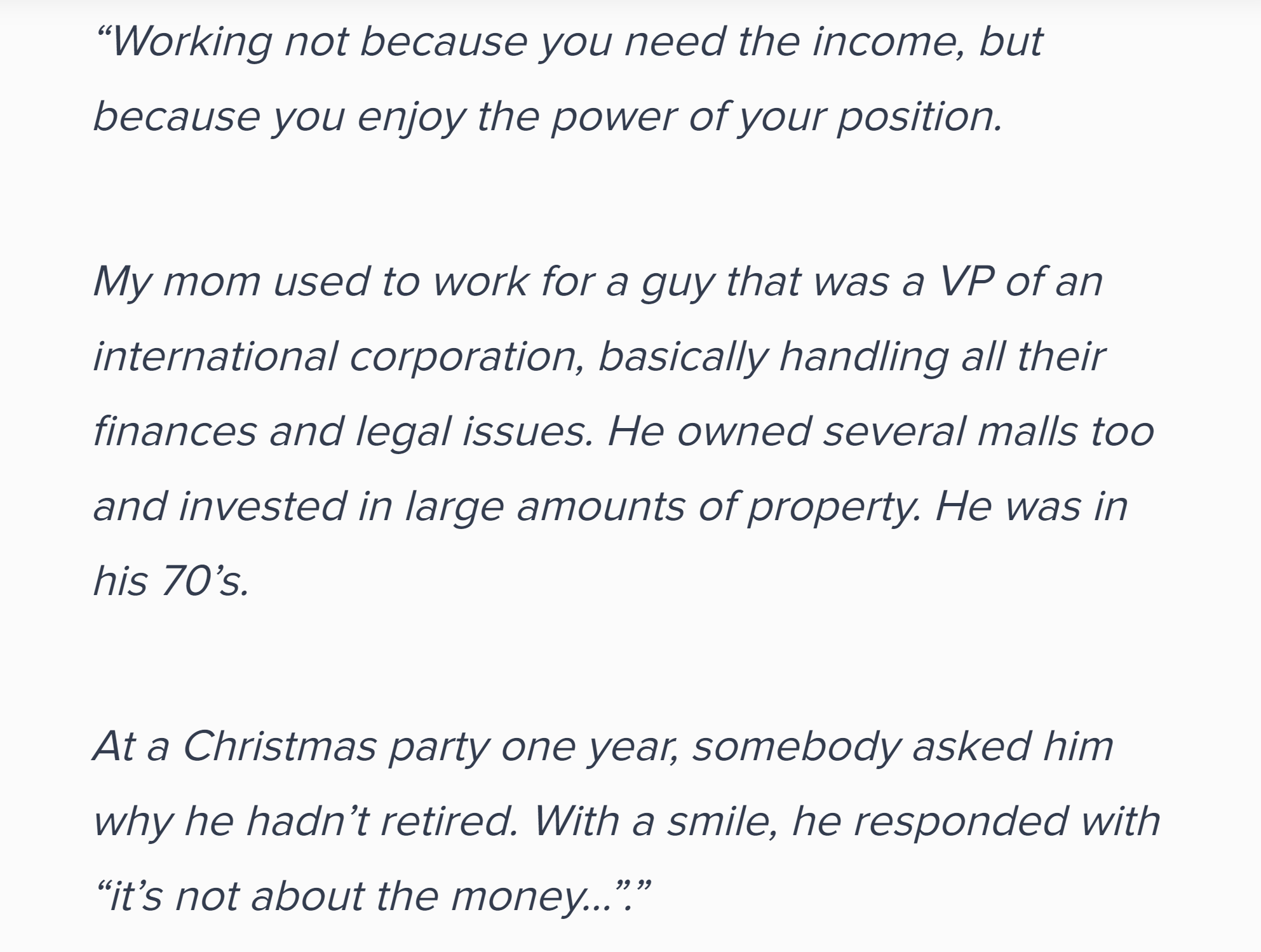 Born with a golden spoon. 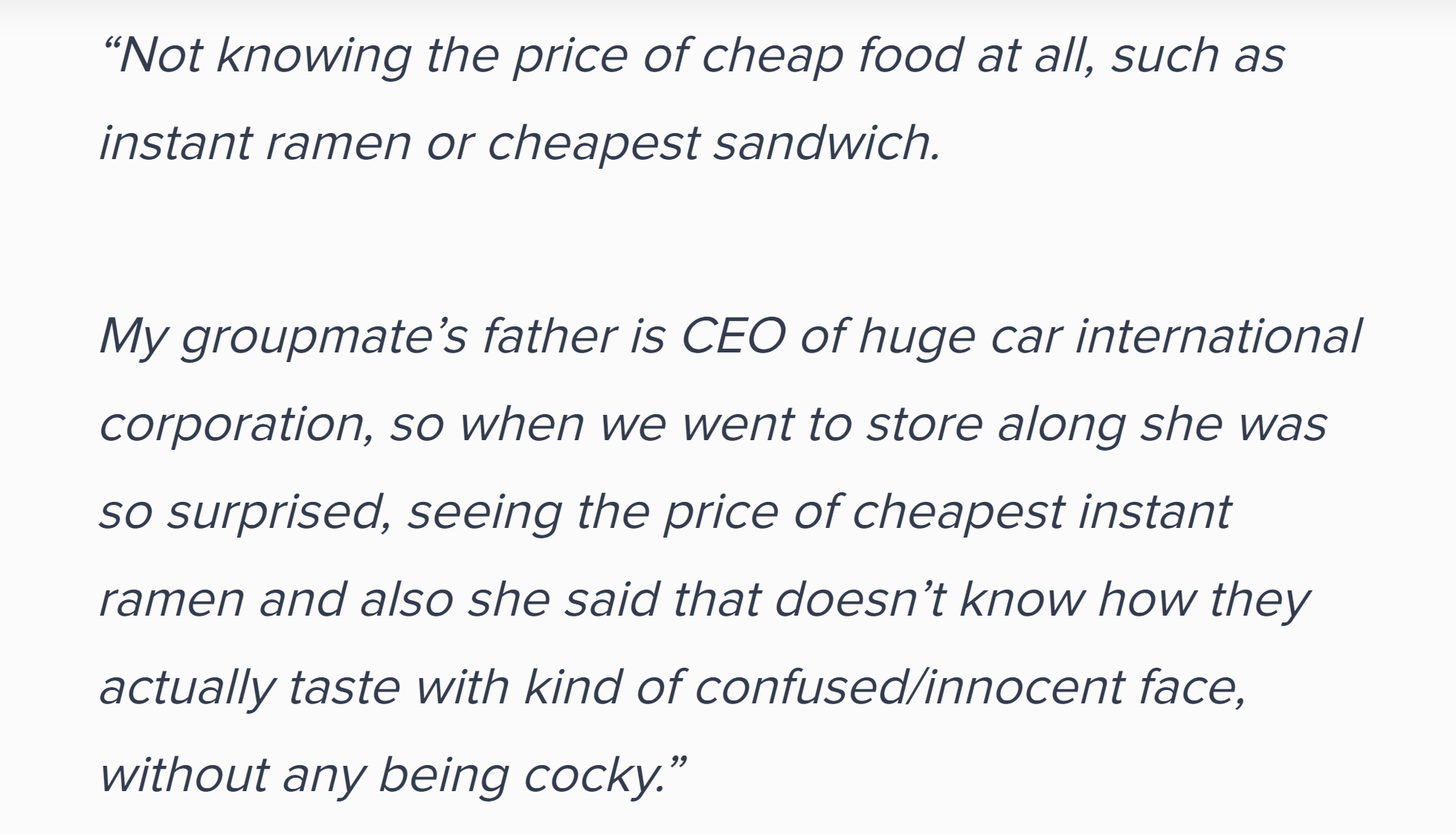 Some rich people are actually naive. They’ve never seen the real world and are unaware of the problems people face in their day to day lives. It’s not that they do it deliberately. They’ve never been introduced to this side of the picture. Their parents might have struggled in their life, but they’ve given their children the life they always wanted for themselves but never got to live. It might annoy a lot of people that someone doesn’t know how the cheapest sandwich would taste like, but it is possible that they actually haven’t.

It’s all about the car. 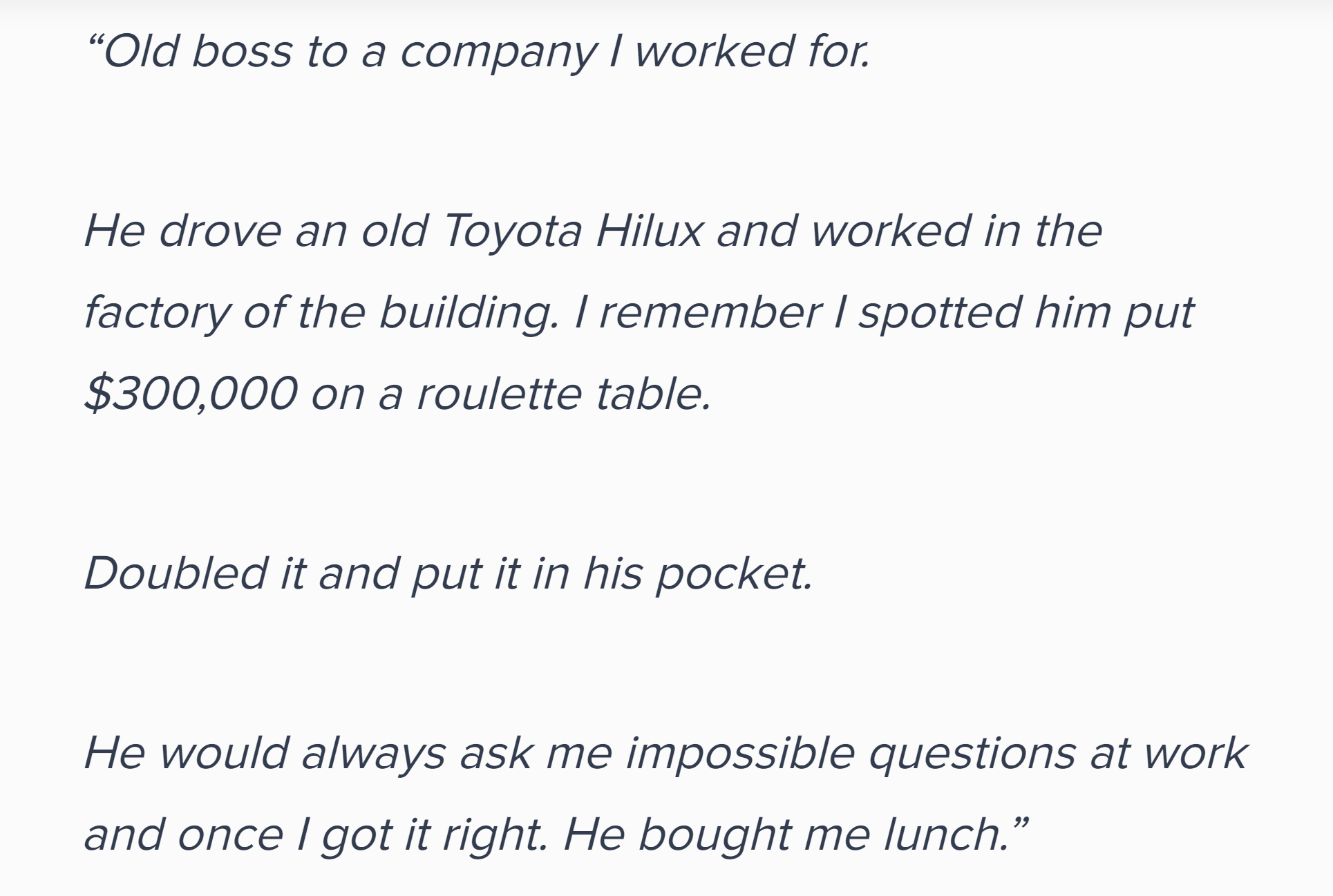 This one’s got a point. 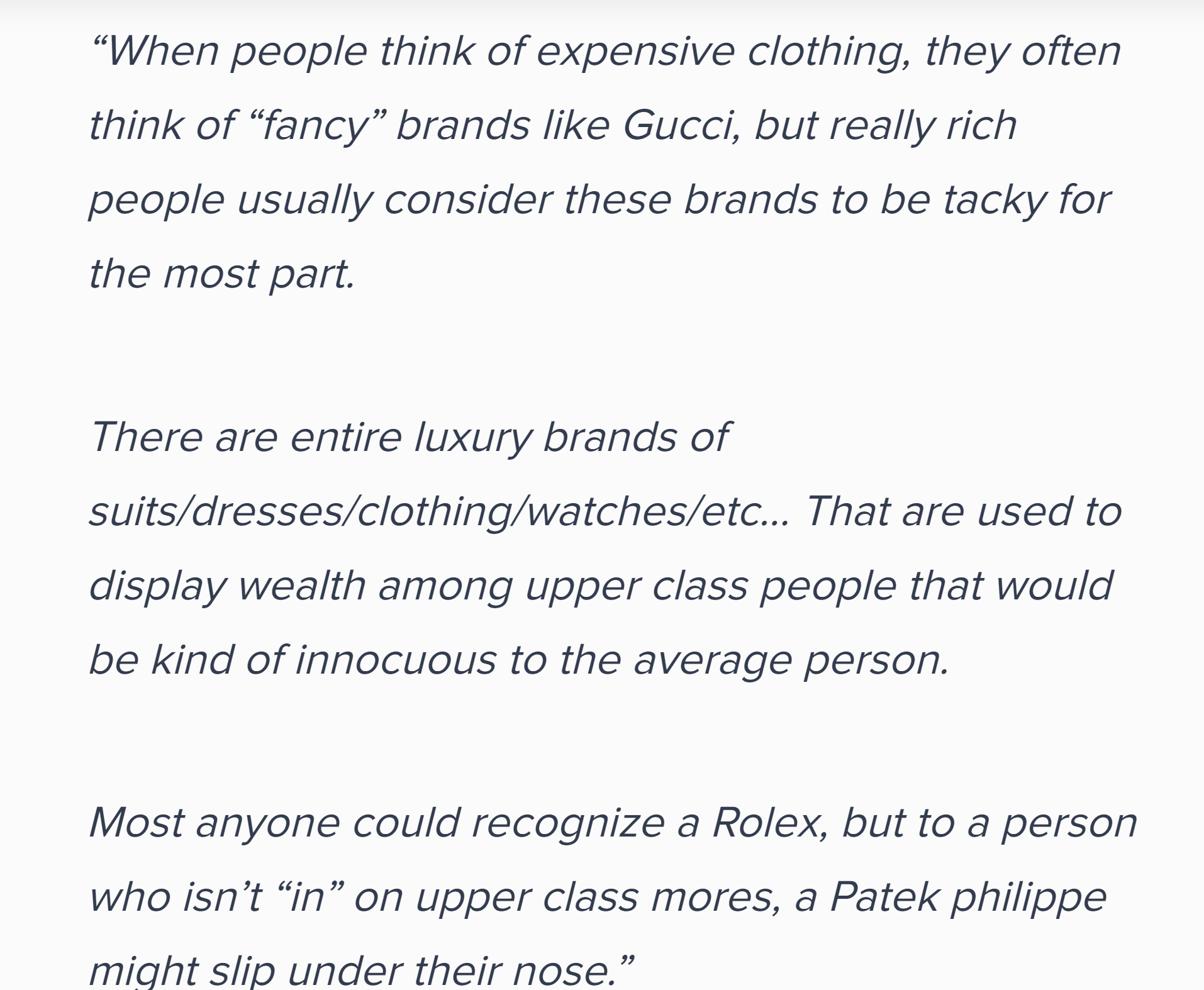 “Got a dentists appointment today” is a different kind of flex. 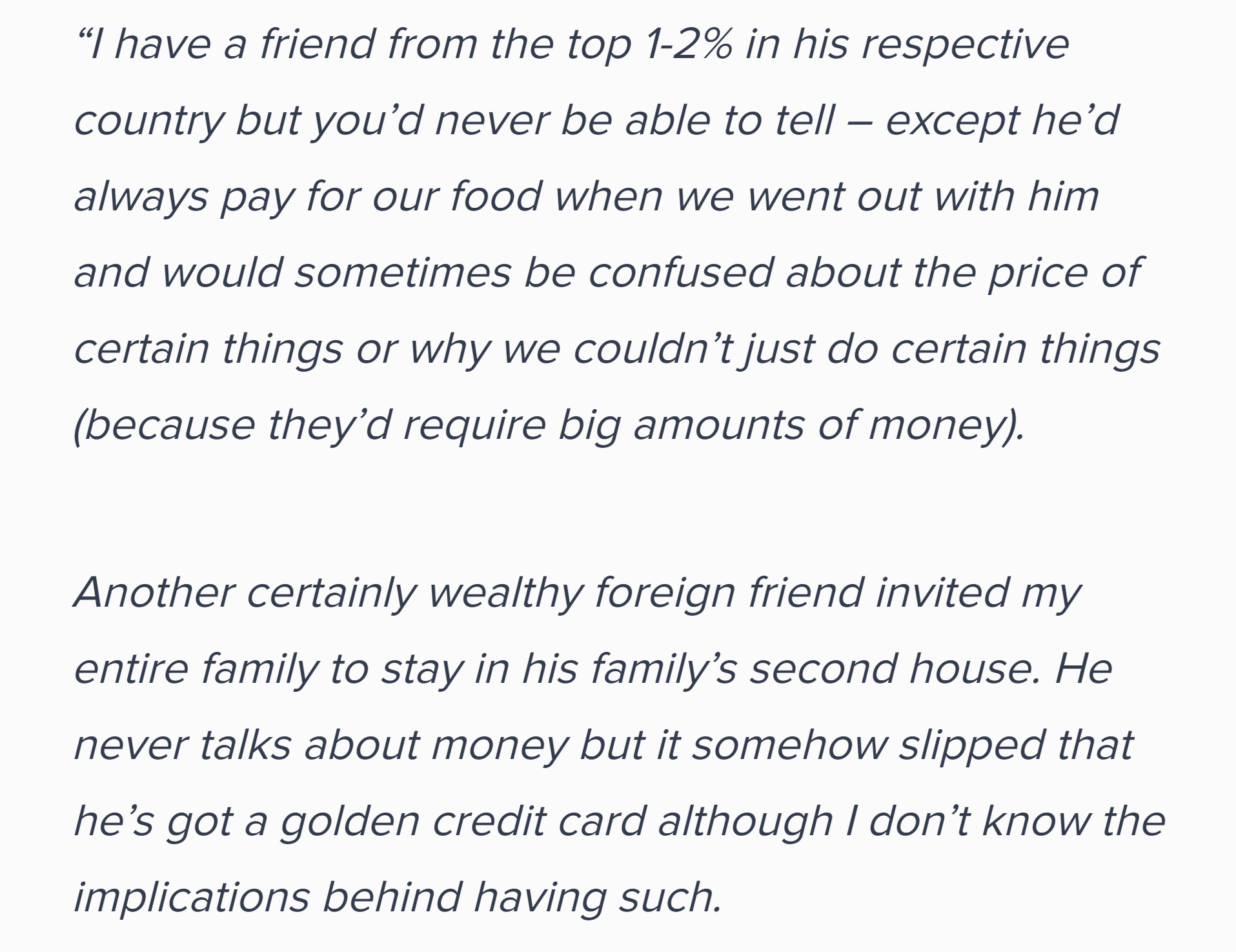 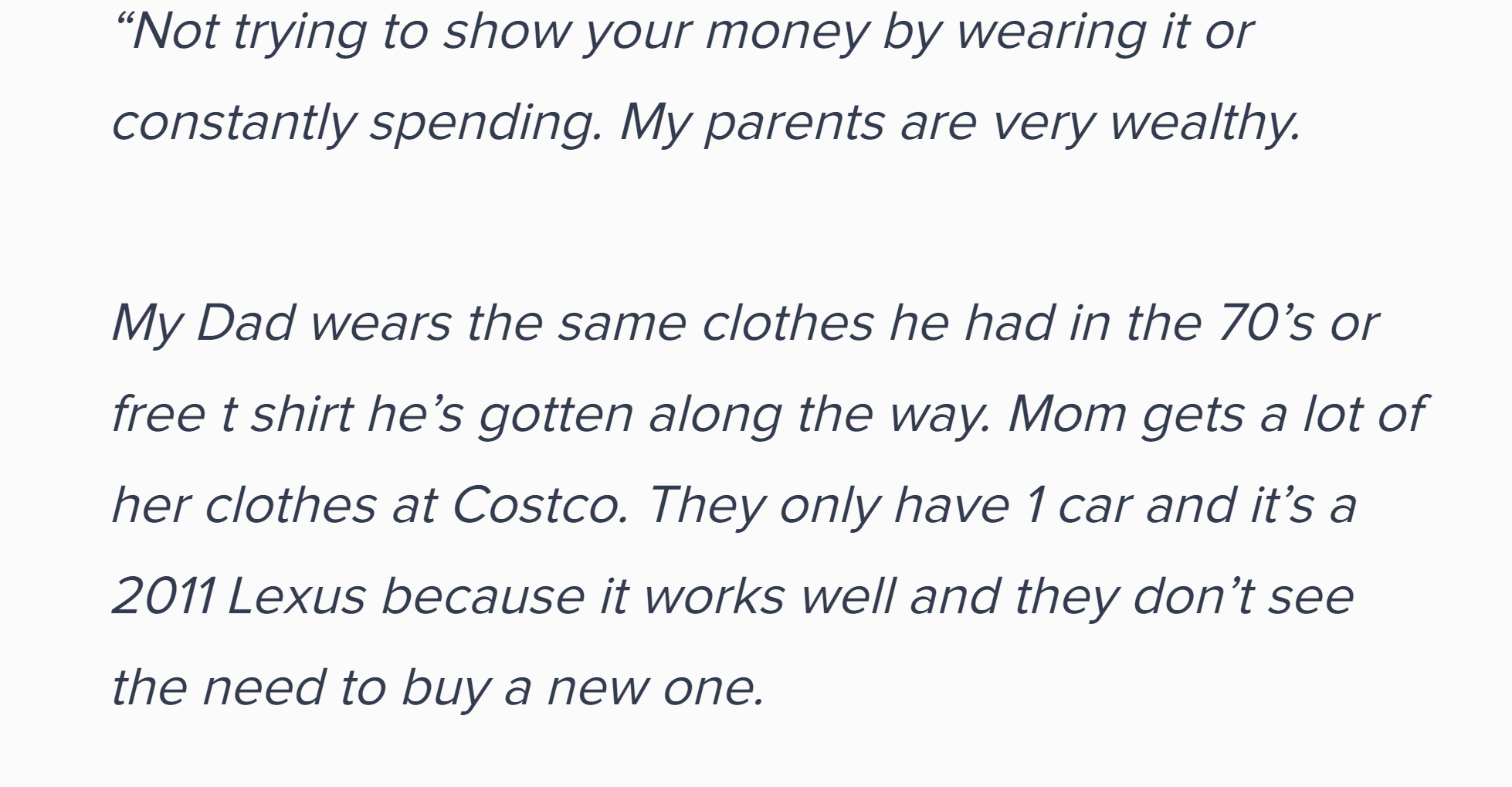 How to spot someone rich.

It’s all about your mindset and priorities in life. 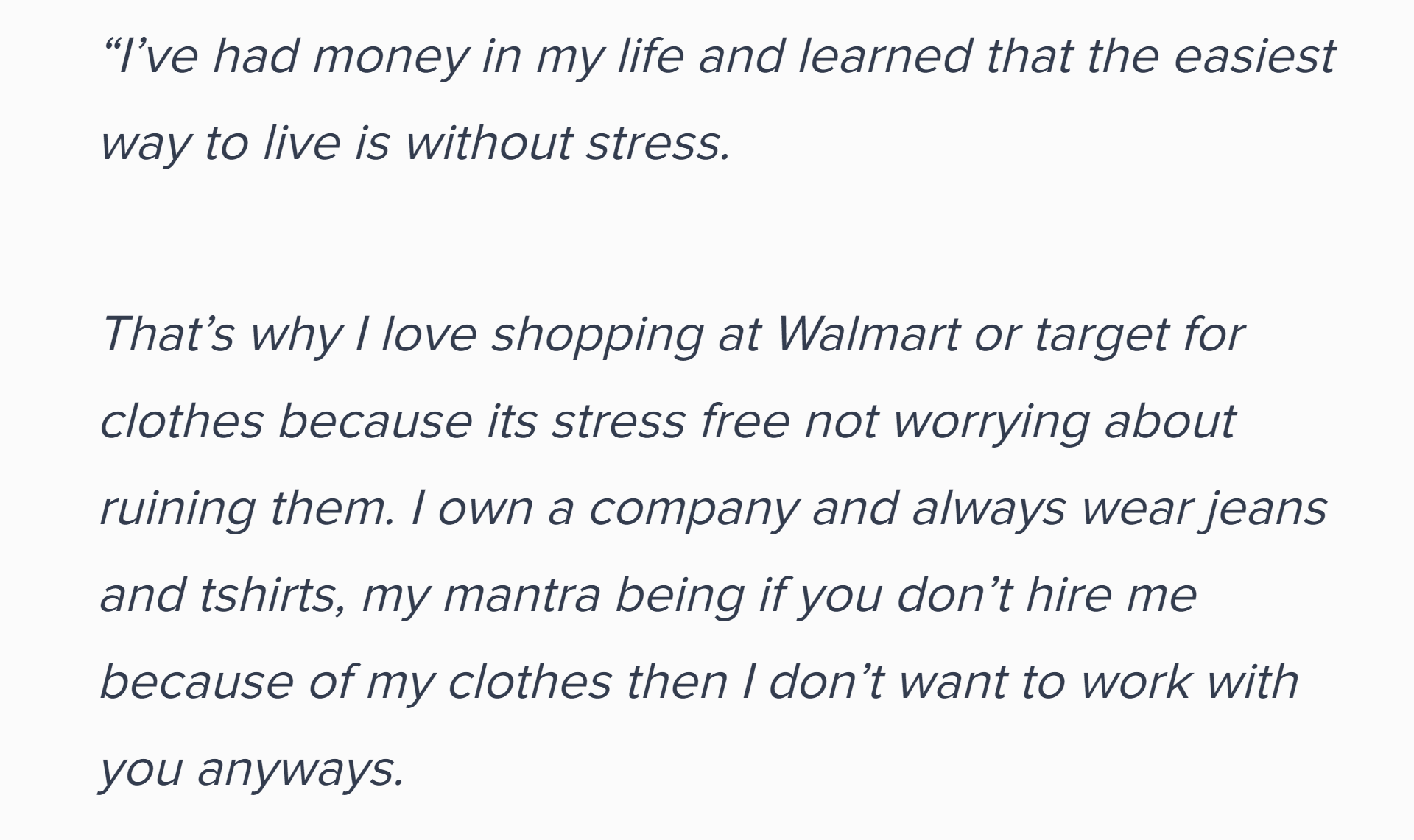 Saying it all without saying a word. 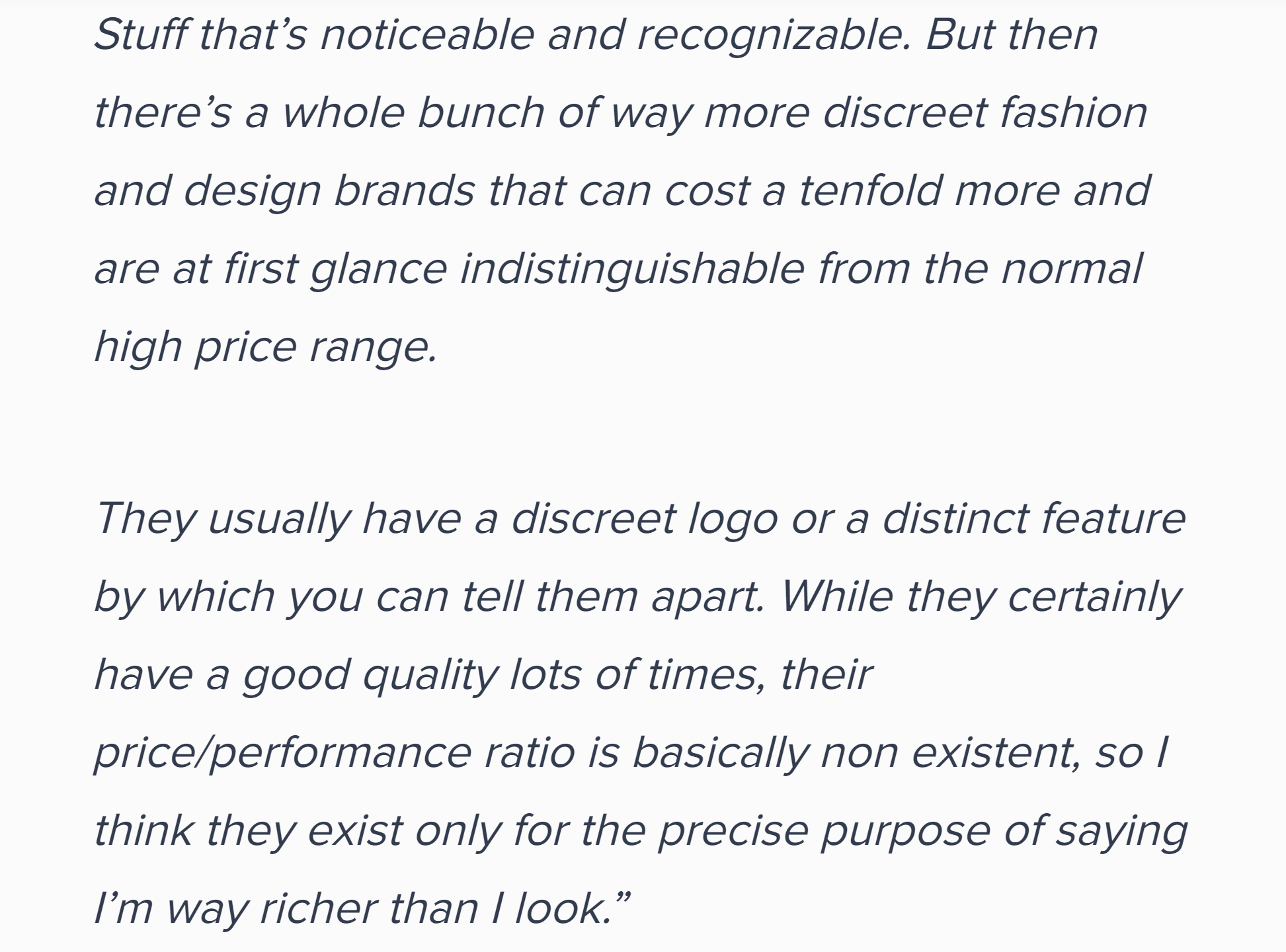 There’s a difference in being rich and looing rich. Most of the people who work really hard in looking rich and fancy are usually just struggling. They’re not really rich. They’re just trying to make an impression. On the other hand, rich people are constantly looking for a way to make life more stress-free and easy. They don’t care about the brands, they prioritize comfort. They don’t usually run after branded stuff. They would be living in a 3 million dollar house and yet walk around in a t-shirt they bought at Walmart. Life is way more than trying to look rich. What do you guys think? Let us know in the comments below.