Karen’s can be quite dumb.

I know I am generalizing quite a bit, but we have seen countless stories where a Karen acts quite stupidly if you ask me. From mistaking unsuspecting customers for employees to forcing someone to print out a mp4 file. (Yes really) Karen’s really have reached the height of stupidity. So today we have another such story which doesn’t even surprise me any more. You see apparently she called someone Lucy at 5 am to ask her to come to work.

However, she must have dialled the wrong number since it wasn’t Lucy but a stranger who was busy with his beauty sleep. Even after hearing a guy speak on the other side of the phone and him telling her that it is the wrong number. She didn’t relent and called him again. Honestly, why would an employee make such a lie? I can’t understand her logic but what I can realize is that the guy decided to have a bit of fun with this.

So scroll on below and take a look for yourself as to what happened next.

I have had wrong numbers call me, but they usually understand and stop calling.

However, this woman just kept going, so he matched her neck to neck. 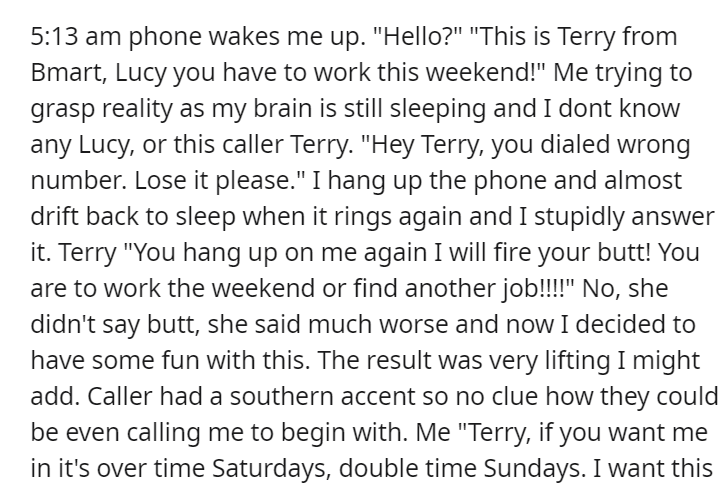 She wasn’t going to let this go so might as well have a bit of fun eh? 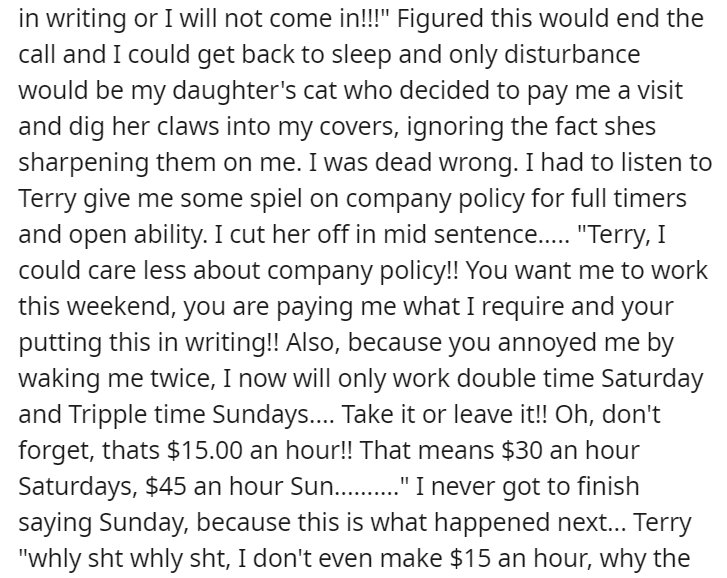 How could she not hear that it was a guy? Perhaps Lucy has a deeper voice? 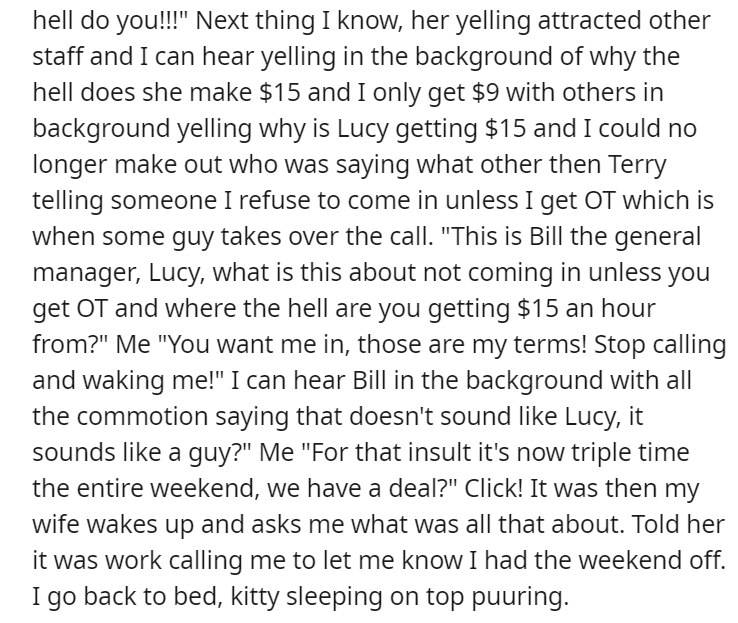 If they aren’t as dumb as they seem, they will realize the truth. 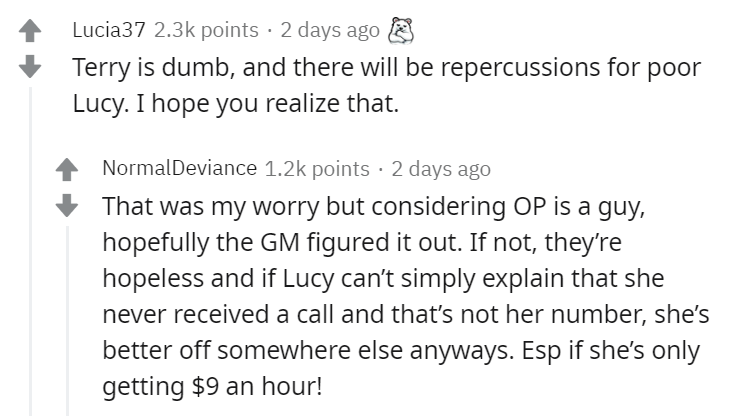 I once got a text about my flight leaving early for work. I texted back they had the wrong number. They refused to listen.

I then told them, that all meetings had been cancelled because upper management had been brought in by the department of Justice, and they were going to be massive lay-offs.

Obviously, it escalated to that, and continued for another two or three texts until somebody finally responded that they have the wrong number. –rubberseatbelt

She can just show them the call logs. 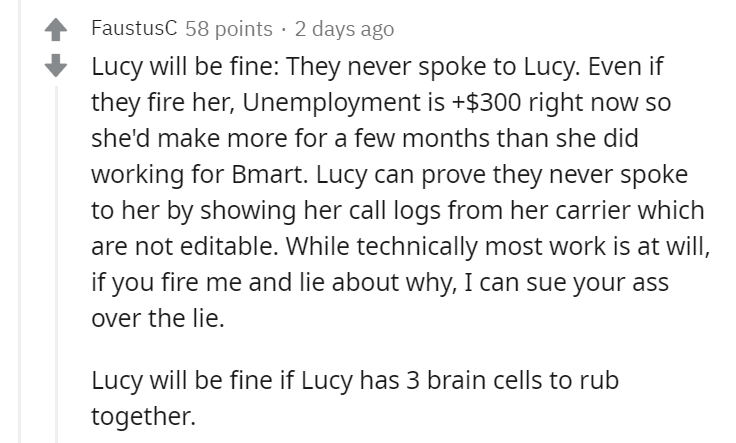 According to the author, nobody got in trouble which is great. 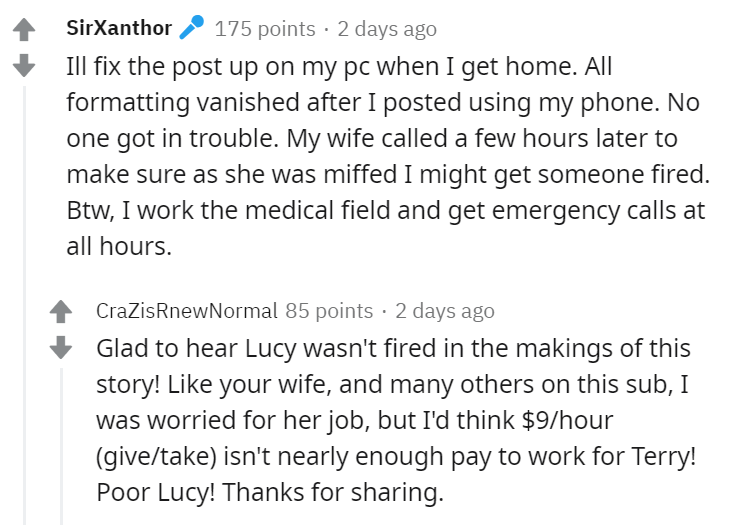 It was just a joke, no use in taking it so seriously.

The store probably checked the number after this call anyway. 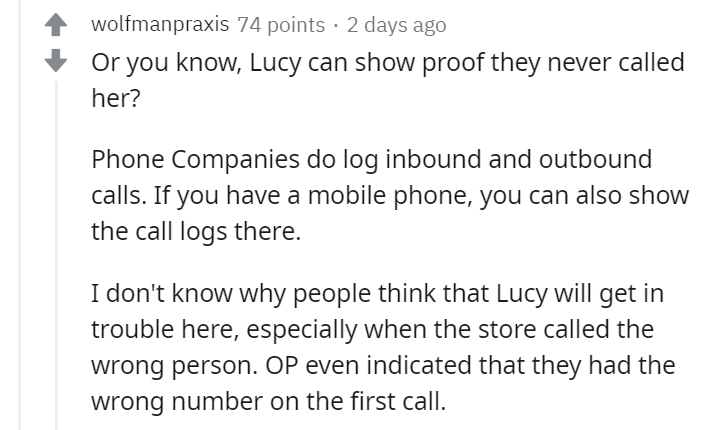 Well, apparently she is perfectly fine, although she needs a new job from the looks of it. 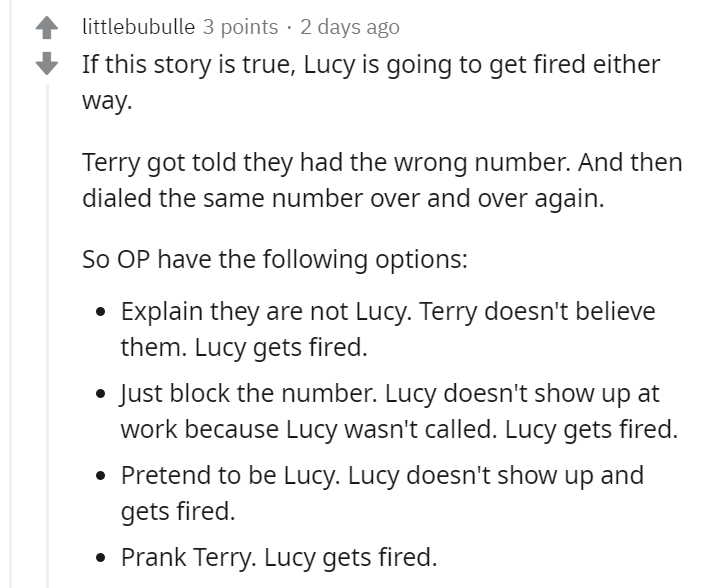 To call the wrong employee? Understandable. To act like a jerk to that “employee”? Much less understandable, but we don’t know the backstory.

To not even be able to tell the difference between a guy or girl’s voice? A guy old enough to be married? Pretty ridiculous. –justpeachy777

Must have been the time difference. 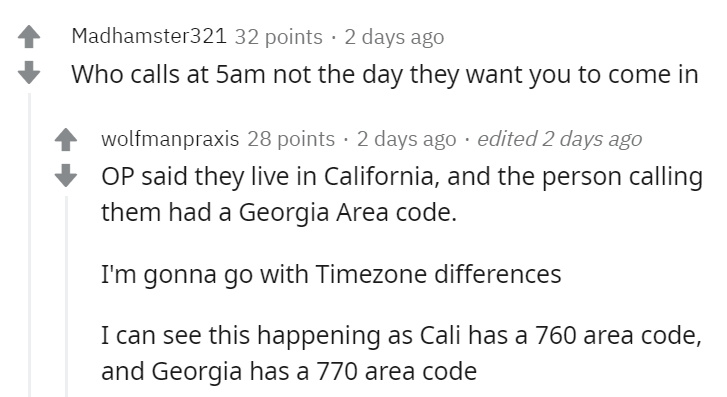 Many people actually prefer the night shift over the morning one.

It was real. I just changed names to conform to policy. I was considering actually uploading the call as it got recorded but can’t even do that. I’m just not that great repeating things. Caller ID also showed it was a Georgia number, and I’m CA so that’s what, 3-hour difference?

Has this sort of thing ever happened to you? If so how did you reply? Let us know in the comments below.