Getting high for the first time can be a very weird experience.

Some people feel like it opens their eyes to everything around them and for others, it isn’t really that different. And you never know how you are going to act when you have used such a substance. For example, we all know there are many types of drunks that range from over-talkative to quiet and introspective. That can be somewhat true for weed as well.

This woman however falls into the former category. She was not on board with using weed at first but decided to go against that feeling and do it at the advice of her boyfriend. What they didn’t was she would start talking about things that he didn’t want to hear and she basically couldn’t stop. I bet he regretted ever giving her weed but it sort of turned out okay at least for the guy when you think about it in the long run.

I never liked the ‘You only live once’ motto but whatever works for them. 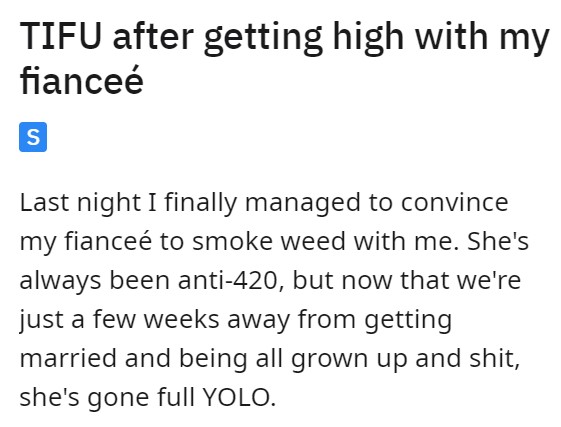 Things were going fine at first but then it took a turn into the worst. 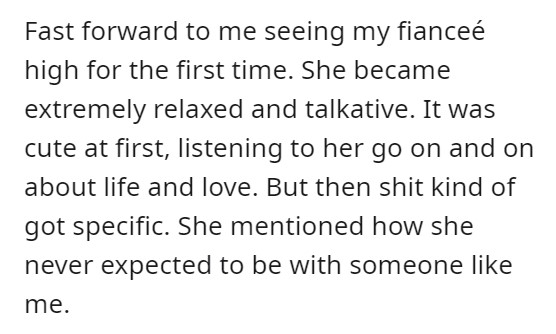 She basically started talking about her past relationships and how her exes were better than her current boyfriend in every way.

And he also learned that she had cheated on her exes as well so there is that. 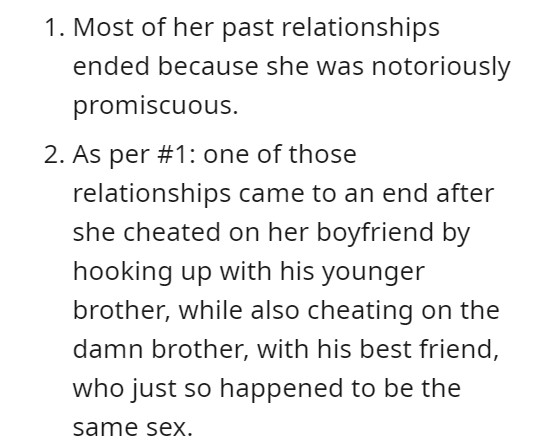 If you think it couldn’t get any worse she then lauded her exes performances in bed over her current boyfriend. 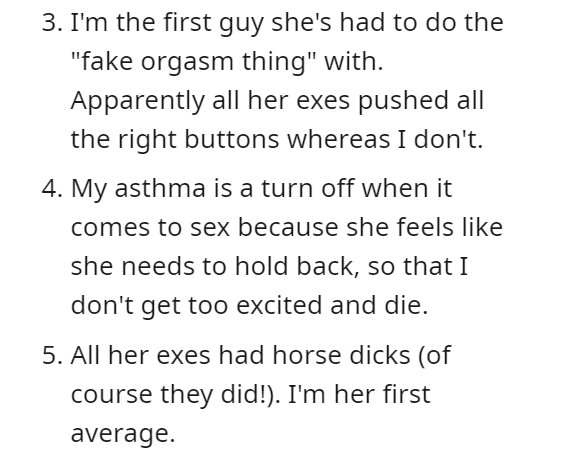 This is the biggest red flag that needs to be resolved, this person can’t simply communicate that other things need to be done in bed to get her off. Combine this with a past of cheating in relationships and you have yourself a person that’s going to be hard to trust.

At the very least OP is going to be feeling insecure. Do not see this going well in the future. –DukeR2

I don’t think anyone likes to hear that their partner’s ex was much better in every way. 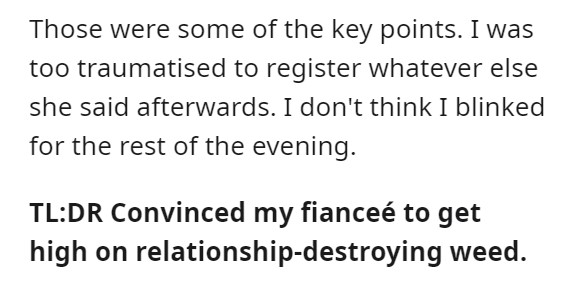 And even though he tried to move on from this blow, she ended it herself which I think is a good thing for him. 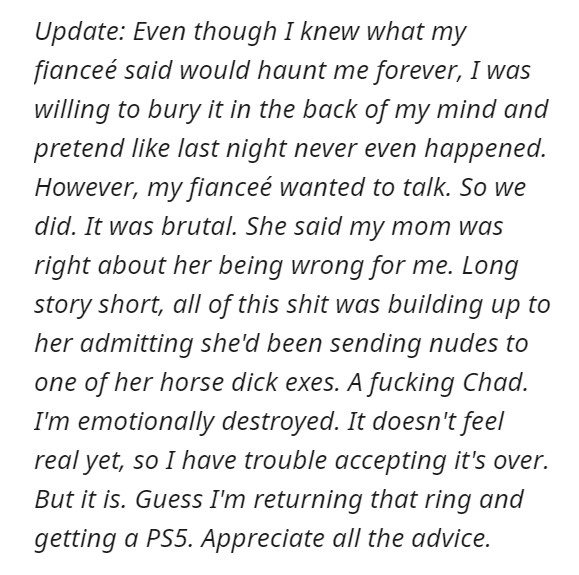 I am well aware it much sucks for him right now but he dodged a bullet. 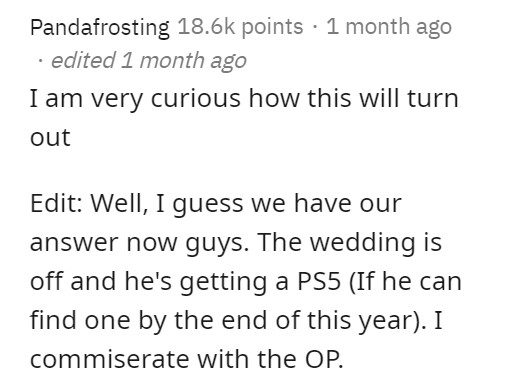 Breaking up is not always the answer but this time it was the only way.

Yeah, this was unfortunate but it wasn’t a FU. Not smoking that weed would have been. OP dodged a major bullet at the last moment. He’ll find the right one eventually, this just wasn’t it.

I don’t know how long they were together but something tells me not for very long. Maybe this was a lesson he needed to learn. –bfr_

I think anyone in his place would have taken these things to heart. 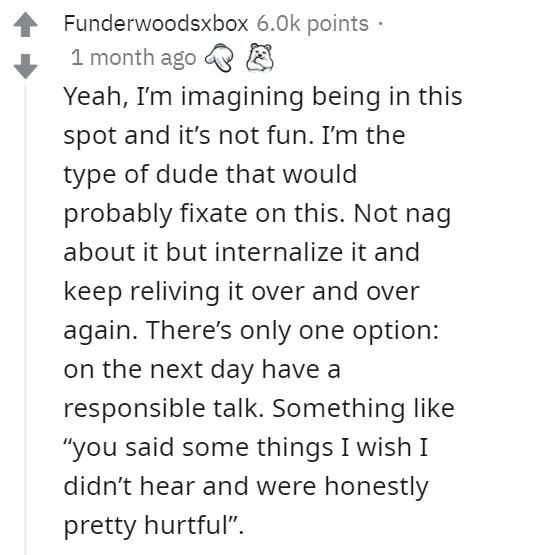 And that is the way to go unless you are fine with talking about it and not internalizing it. 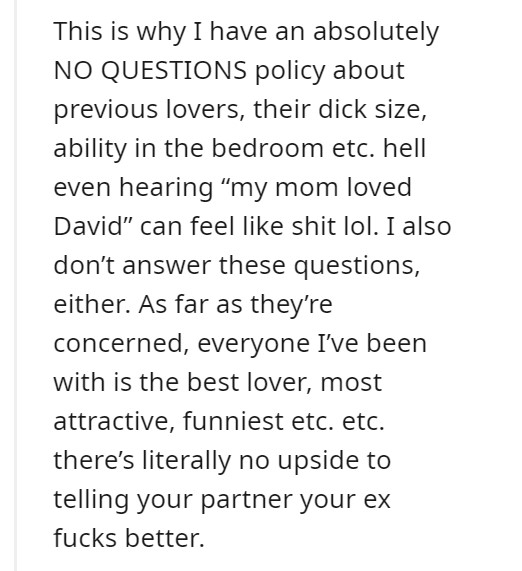 Nobody should have to be the ‘second option’. He’ll find someone who doesn’t settle for him. 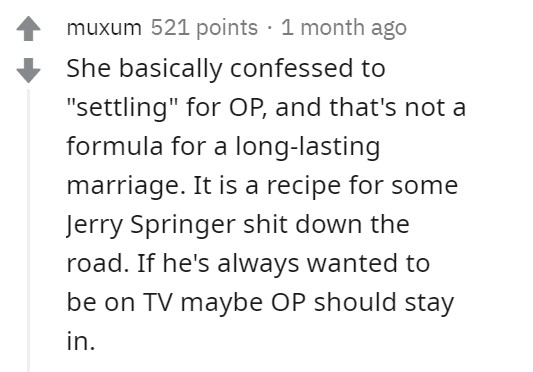 What would you have done after your partner spouted this sort of stuff after getting high? Would you have let it go? Comment down below and let us know.