Which Disney movie has printed its lasting impressions on your mind when you were a kid? It’s true to say that we all were impressed with Disney’s fascinating storylines, the charming characters filled with sweetness, beautiful dreams, a life full of happiness, and what not? Disney’s famous animated films with the prince-princess motif left a lasting impression on us.

However, despite being based on real events or legends, the storylines in Disney’s fairy tales are inaccurate in many respects. So Hercules and Aladdin didn’t have the perfect family, and neither did the prince of Agrabah when he was alive. It’s possible that Disney’s directors are attempting to create more fairy tales or to elicit sympathy for the characters’ plight by making these deviations. Because of Disney’s sacrifice in re-editing these historical events, Disney movies have become more popular.

Investigate these fascinating facts at your leisure and let us know which one catches your attention the most!

1. Hercules was missing something in his life and that was: A Happy Family!

Hercules was raised by Zeus and Hera in the movie, and he had a loving family. Nevertheless, Hercules’ parents were Zeus and a mortal woman, according to Greek mythology. Therefore, Hera was enraged by Hercules’ illegitimate birth and attempted to murder him. Moreover, Hercules and Megara’s love story was less swoon-worthy than in the film. Hercules was allowed to marry Megara by her father King Creon of Thebes because he defeated their enemies.

2. According to Greek mythology, Hercules was the one who killed Megara and her children. 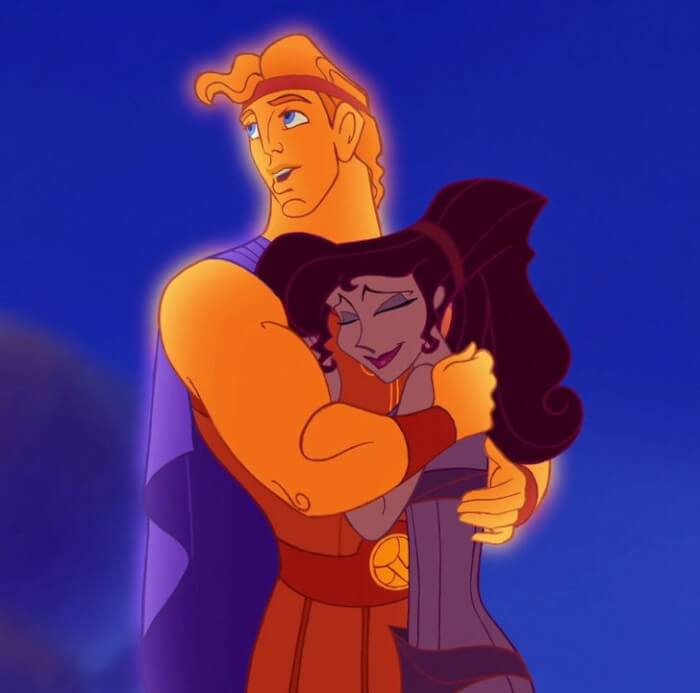 After returning from the underworld, Hercules learned that a usurper named Lycus had taken the throne and was preparing to murder his family. Then he rescued his family from Lycus but Hera assured and was able to convince Hercules that these children were the children of Megara and Lycus. Hercules killed his wife and children in a fit of rage and grief.

3. Did you know! Dinosaurs and lemurs did not coexist in the same era according to history.

In this movie, lemurs took on the role of parents and raised a dinosaur as if it were their own. But, according to history, after the dinosaur era, primates like primates and lemurs had their first appearance millions of years later. As a result, they could not have coexisted with any of them or even raised a child in the manner depicted in the film. In spite of the lack of evidence to the contrary, we still want to believe that lemurs were present.

4. Jasmine’s attire was not according to the era of Aladdin!

Despite the fact that Disney usually strives to be historically accurate, but the clothing Aladdin’s characters wore was not accurate according to that era. Arabian girls wore much more conservative clothing in the 4th to 7th centuries, and probably perhaps veils that were supposed to cover everything but the eyes.

5. A person’s social standing could not be changed during Aladdin’s time period.

Aladdin’s belief that everything will change and that he might live in a palace, as he tells Abu at the beginning of the story, is an even more intriguing oddity. Even though that’s exactly what happened, it’s unlikely that someone who has spent their entire life on the streets would think of it as the social status could not be changed in that era.

6. In another historical fact, Tiana should not have dreamt of marrying Naveen or opening a restaurant even.

The story takes place in New Orleans during the Jim Crow era of racial segregation in the early 1900s. Interracial marriages were illegal at the time, so not only couldn’t Tiana open her own restaurant, but she couldn’t marry Naveen either.

7. The dance Aurora and Felipe had, was considered to be inappropriate and rude.

Remember Princess Aurora and Felipe dance to their merrily ever after in this movie? Aurora and Felipe’s dancing in the 14th century would have been considered extremely inappropriate at the time.

8. In the time of Frozen, swords were not commonly wielded.

By the year 1839, people all over the world were turning to guns as their primary offensive weapon due to advances in technology. It was therefore thought unreasonable and inaccurate that characters from Frozen used swords. It is possible that Elsa wouldn’t have lived this long if they had used guns instead.

9. Atlantis: The Lost Empire featured a number of extinct animals.

In Atlantis: The Lost Empire, the scene takes place in the fictional year of 1914. Coelacanths, which were thought to be extinct until 1938, can be seen in the aquarium, where they were rediscovered. The situation is similar to the mythical city of Atlantis, which was previously thought to be a hoax.

10. Pocahontas and John Smith had no love interest.

When John Smith and the other English colonists arrived, Pocahontas was about eleven years old. John Smith himself was twenty-seven old and there was no love story between them. John Smith was caught by Native Americans, but they released him shortly afterward. In the meantime, he and Pocahontas were trying to teach each other their respective languages.

Pocahontas, according to historical records, would later marry a foreign man. That person, however, was not John Smith, but rather John Rolfe, and this was the first marriage between a European and a Native American that is known to have occurred.

11. Although Mulan’s parents supported her plan, no one in the army could suspect anything.

Mulan, the inspiration for us, was a real-life Chinese woman. Because her father was ill and her brother was too young to join the military, she enrolled. However, she was well-versed in combat from the time she was a child and had been practicing it ever since. As a result, she didn’t have to flee her own home, since she had the full support of her family.

Throughout her 12-year military career, not a single soldier noticed Mulan was a woman.

A little-known fact about Mulan’s family is that she had a younger brother. Little Brother, Mulan’s dog, can be seen in many scenes of the movie.

Do you think it’s okay to let Disney off the hook for these errors? Let us know down in the comments below!