Do we have Lion King fans in the house? Duh, why is that even a question!

Disney’s one of the biggest masterpieces that were ever produced is “Lion King”. This movie had so much emotion that it even made the grownups cry and it still does, to date. The characters were portrayed incredibly well! However, every Disney fan loves to reimagine their favorite characters or favorite movie scenes according to their imaginations, and the artist Marco Bernard is no different. Just like anyone else, Marco is a big fan of the “Lion King” and he decided to reimagine the characters in an unconventional way. Well, he reimagined them with human features!

Yep, you heard that right. Marco’s artwork depicts how the Lion King’s well-known characters would look like if they have had human features! You must be anxious to see the results, we know that! So, without any further ado, let’s go ahead and see the beautiful artwork that Marco has created.

1. Can you recognize Zira in this cool outfit!? 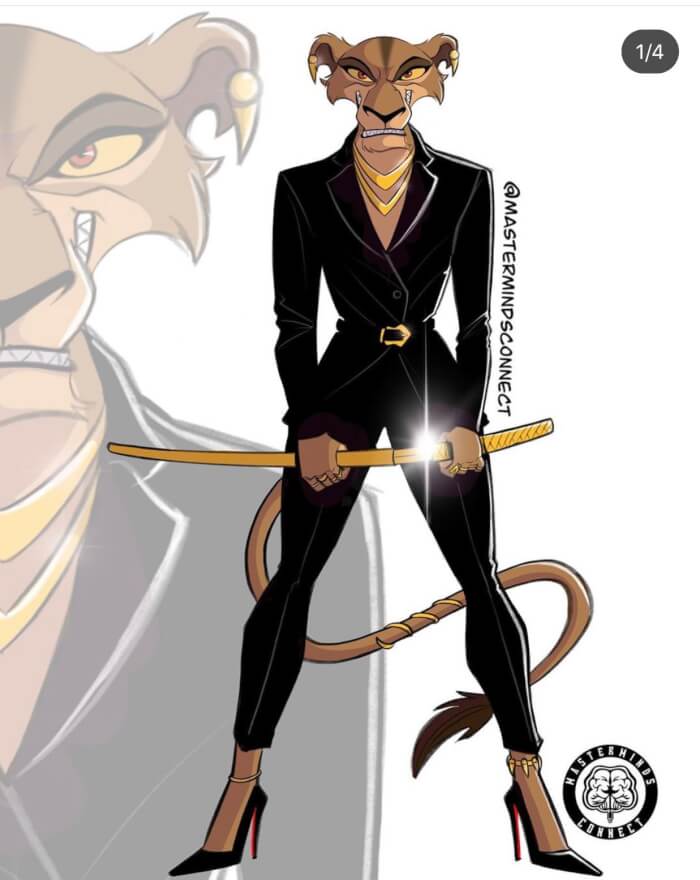 Heels look good on her.

2. How about one of the coolest villains of all time – Scar!? 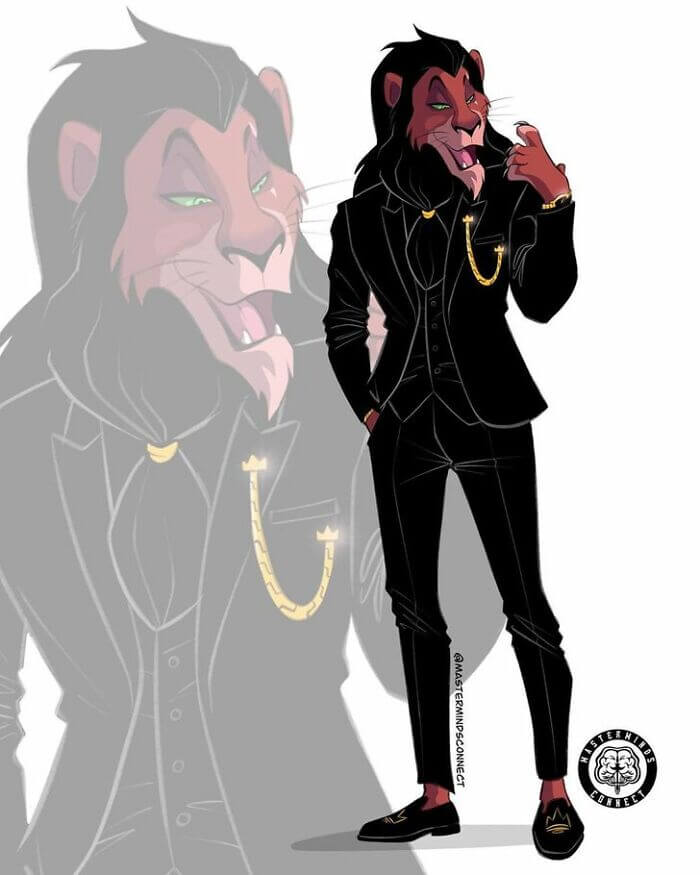 3. Now you wouldn’t want to mess with Mufasa, looking this good and ripped! 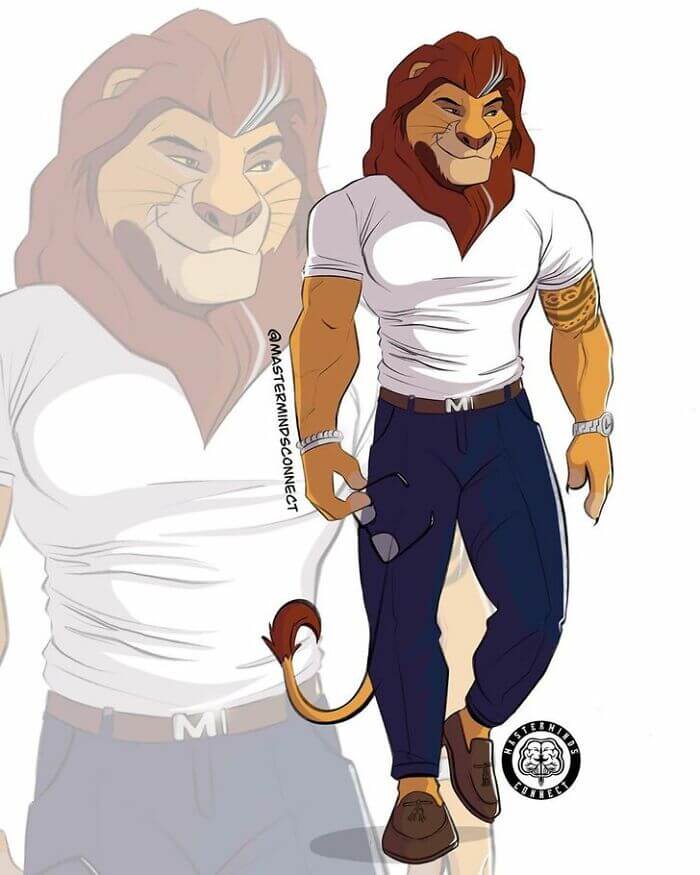 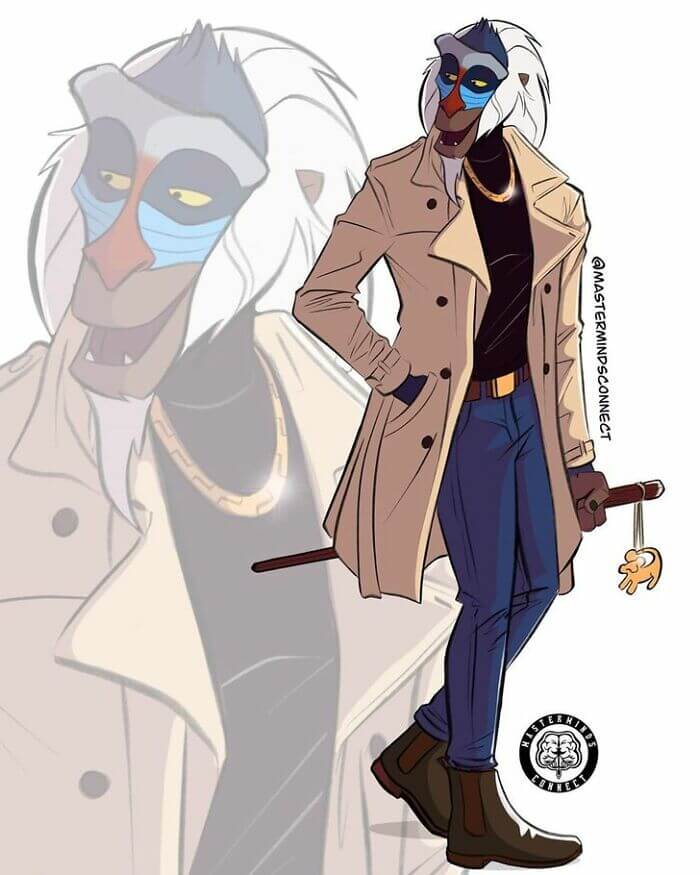 Why did I imagine Morgan Freeman? Hmm

5. Kovu and Kiara looks like those cool college couple! 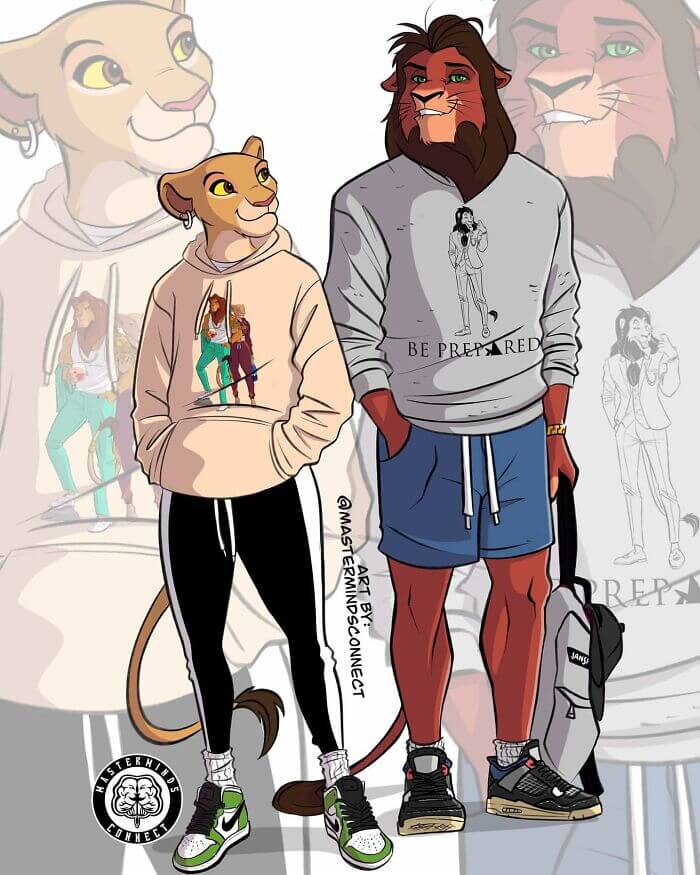 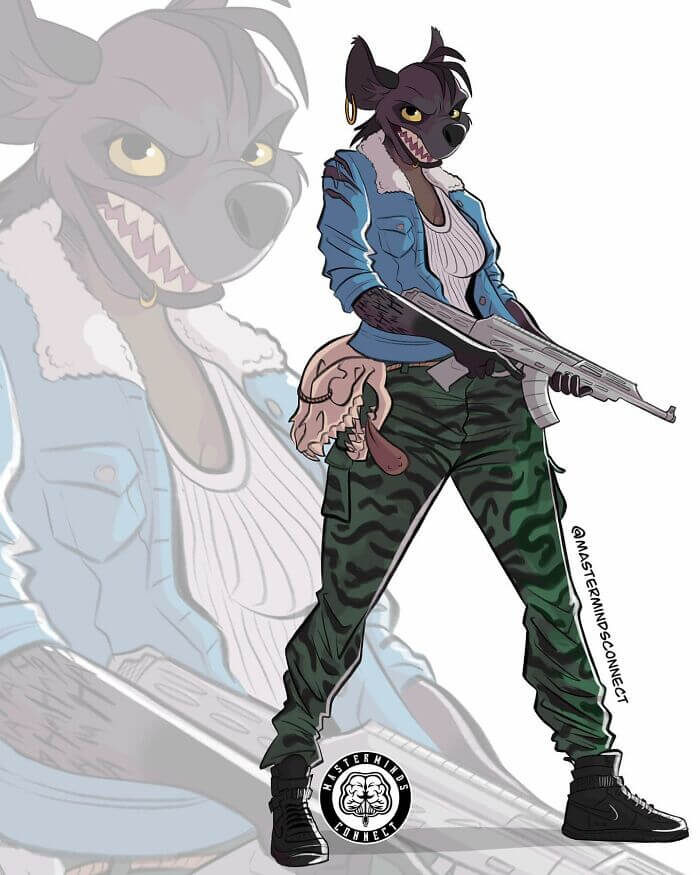 Be careful, she’s out to hunt!

Marco definitely deserves a lot of appreciation for this incredible work of art, don’t you think? I mean, just look at how beautifully he reimagined our favorite Lion King characters into humans! Lowkey, we all want another movie to be released with these human characters. It would be incredibly cool! Keep on scrollin’ because there are more pictures coming up ahead! 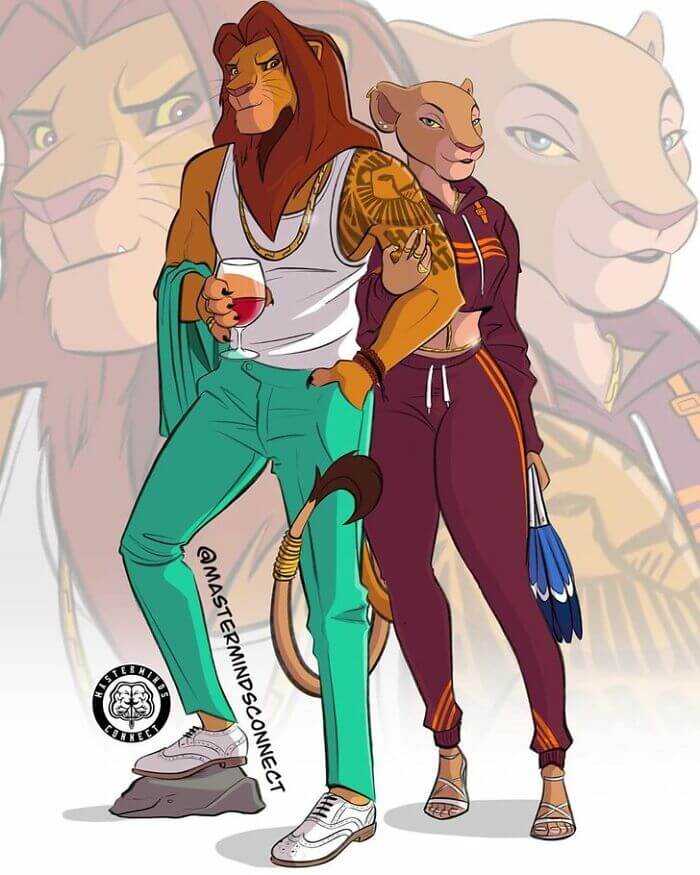 Such class, much wow!

8. Meet the sweetest Kiara, she loves to play basketball. 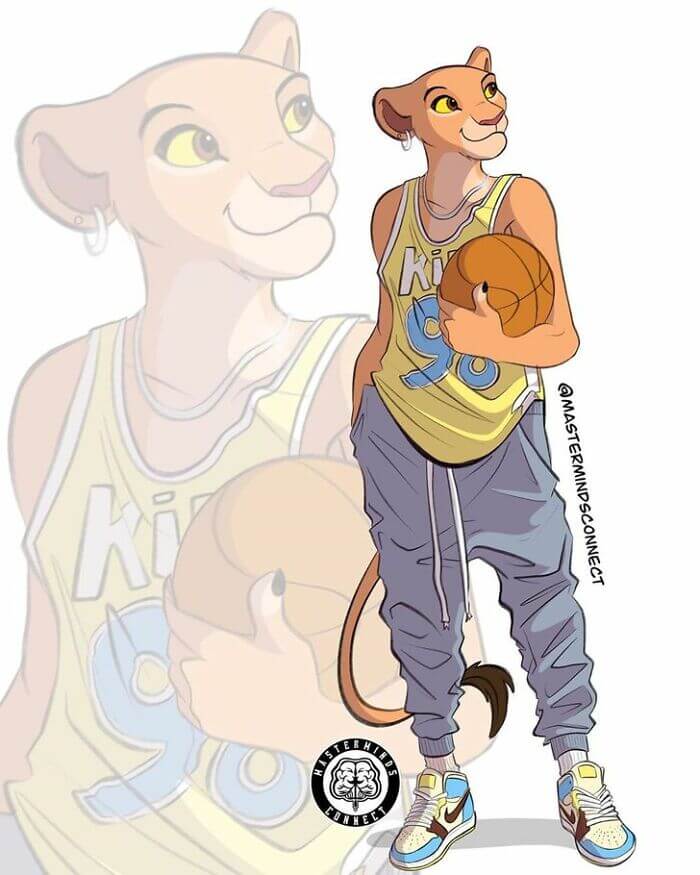 I always thought she’s the sweetest. 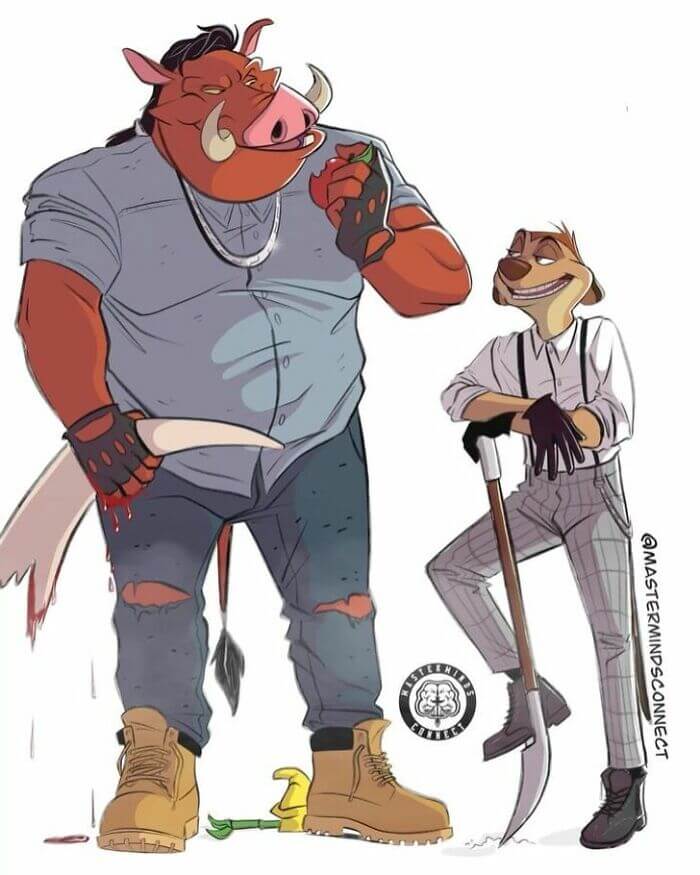 Timon be like, “so, what are we stealin’ today?”

10. Vitani is all set to lead a gang of rebellions! 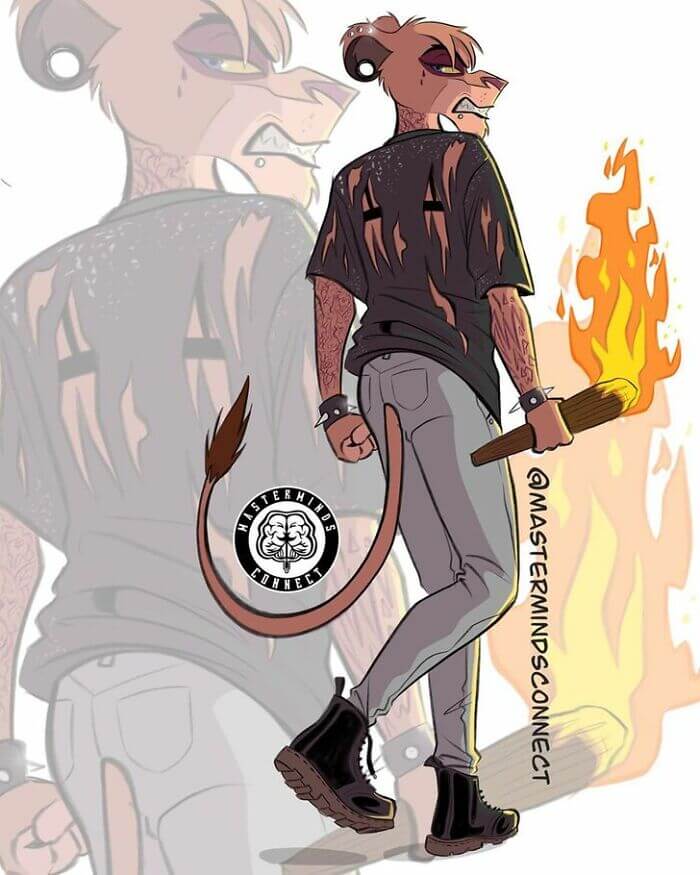 Or maybe she just set a building on fire.

11. Girls must be drooling on this version of Kovu! 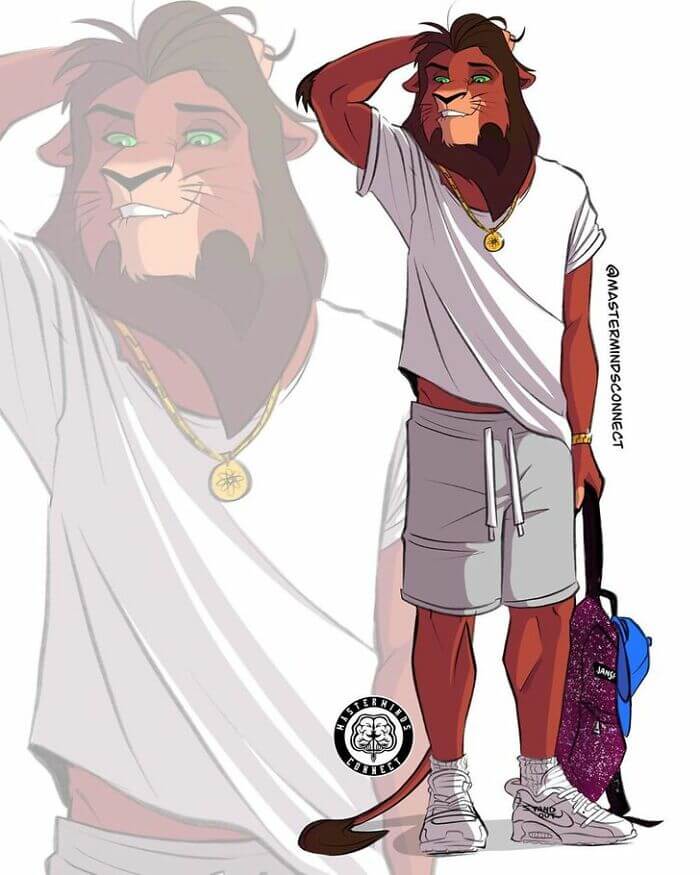 12. Baby Simba as a spoiled and rich brat. 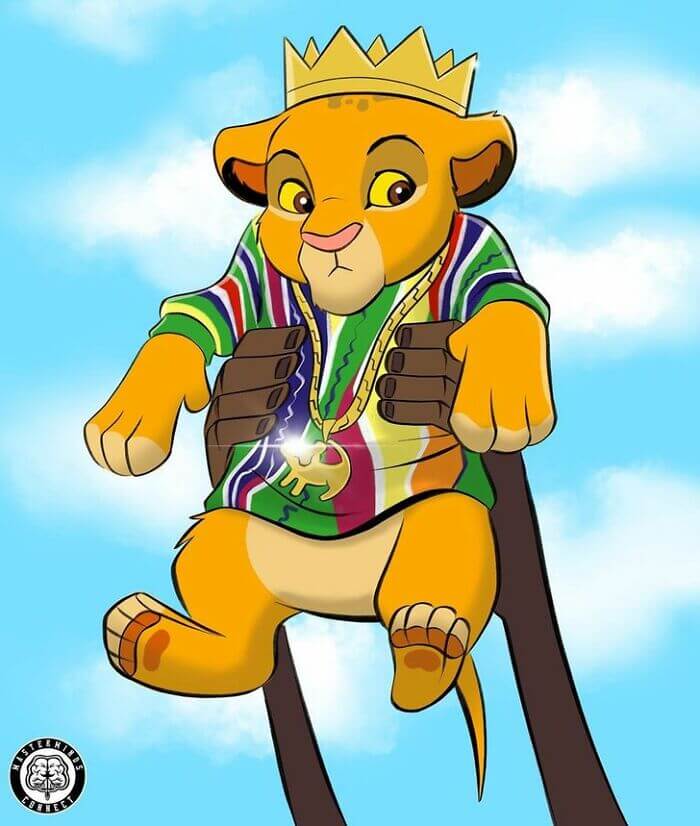 13. Simba all grown up with that sporty look! How cute! 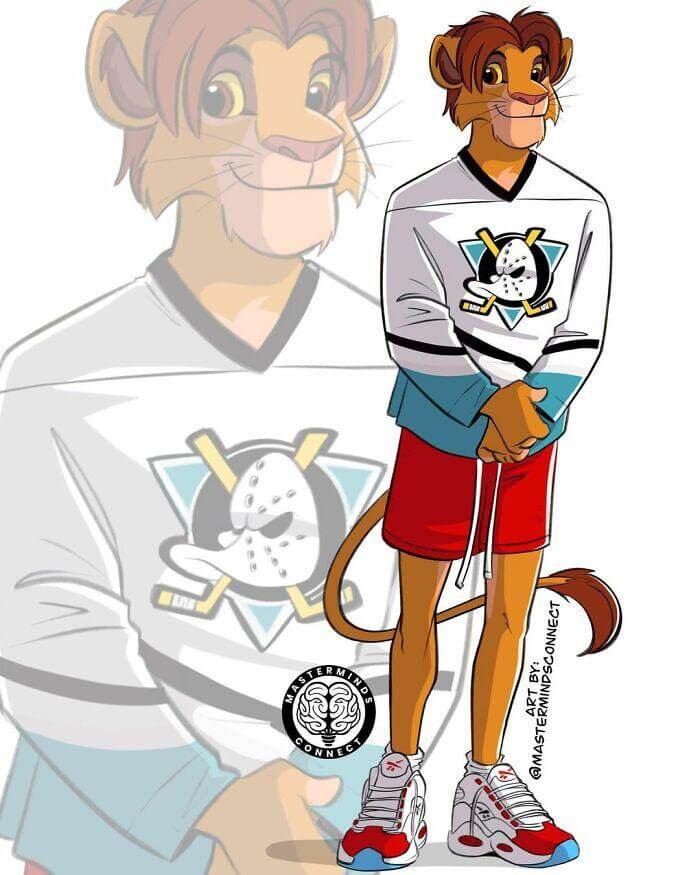 Now that we have reached the end of the post, we hope that you enjoyed and appreciated this beautiful artwork! Moreover, we would love to know which other characters would you want to be recreated as human versions? Let us know down in the comments section below and do not forget to share these incredible illustrations with your friends and family who are also Disney fanatics!