These Disney and Pixar movie shots in different countries will amaze you with their difference.

When we are watching a movie, we consider it to be same worldwide, such as the food we eat from our favorite restaurant, having the same taste worldwide. But it is not always same, as the targeted audience is different. The film makers have to mold scenes according to the country in which the movie is being played.

Disney and Pixar are famous for adding cultural context to their movies and making their audience happy with certain shifts. A movie that is launched in the United States will not be all the same as it will be played in Japan or China. From Inside Out to Toy Story and Moana, all of your favorite Disney and Pixar movies have change of appearances according to the culture of the respective countries. It’s amazing right? Scroll down till the end to explore some interesting information about how your favorite movie animations are different in different countries.

1. In Zootopia, the newscasters are different for different countries. 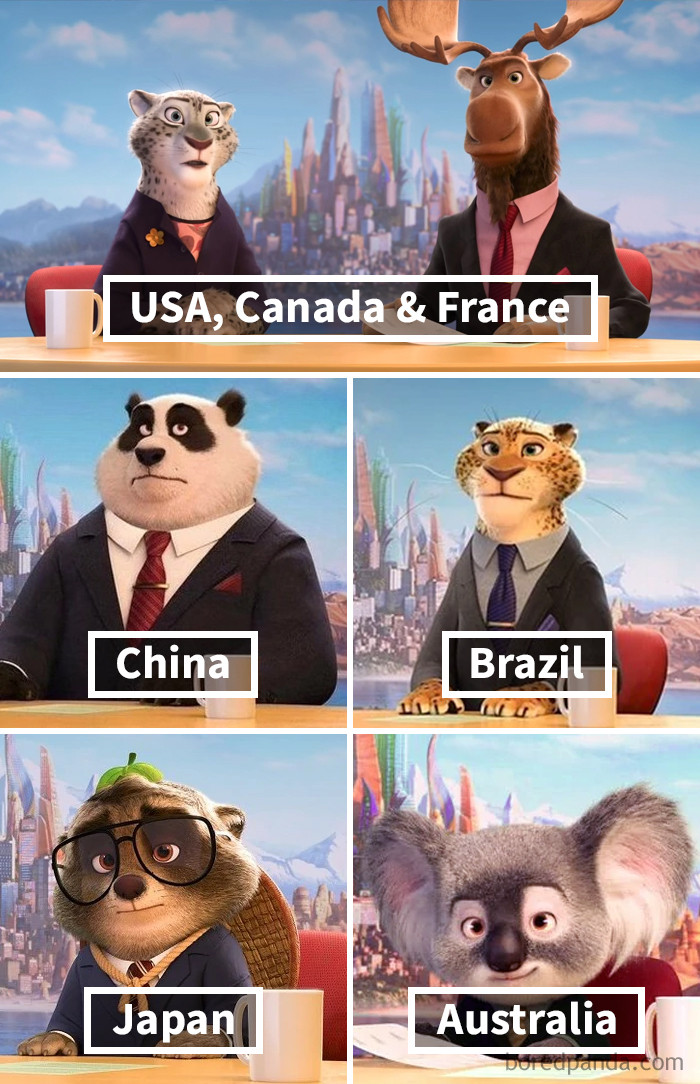 2. There’s a scene in Toy Story 2 where Buzz Lightyear makes a speech. The flag in the background changes for US and other countries. 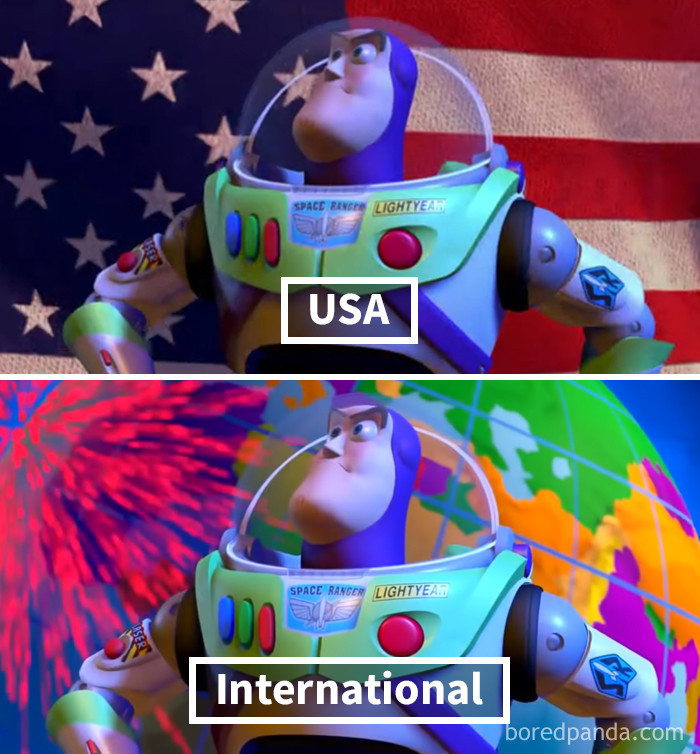 3. In Brazil, the title of Coco was different with Portuguese names. 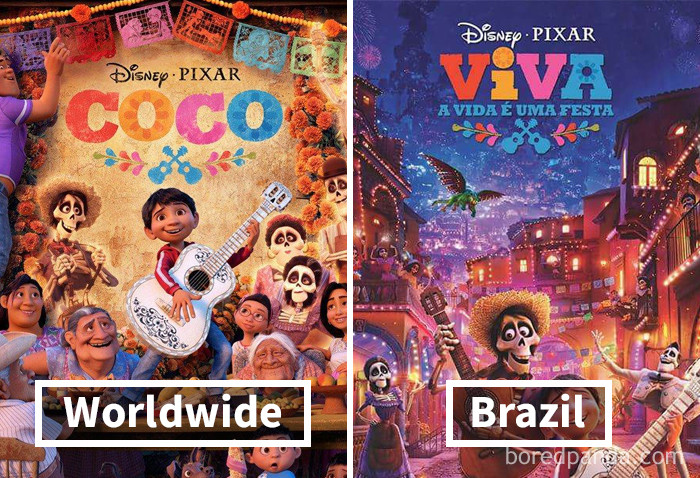 4. In Inside out, Riley’s Dad daydreams about Hockey vs. soccer, which is different for USA, Canada and Russia vs the rest of the world. 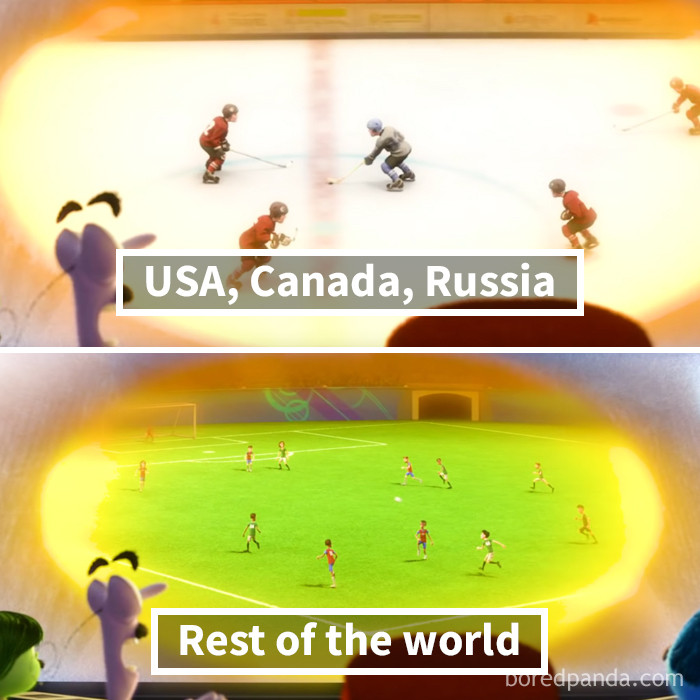 5. In inside out, Riley rejects broccoli vs Green peppers in USA and Japan differently 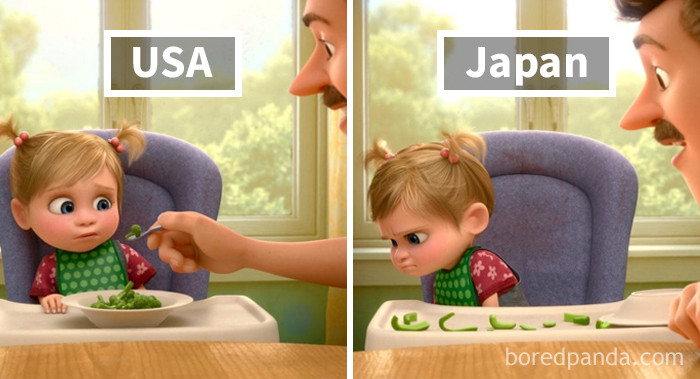 6. The title of Moana in Italy was different in language. 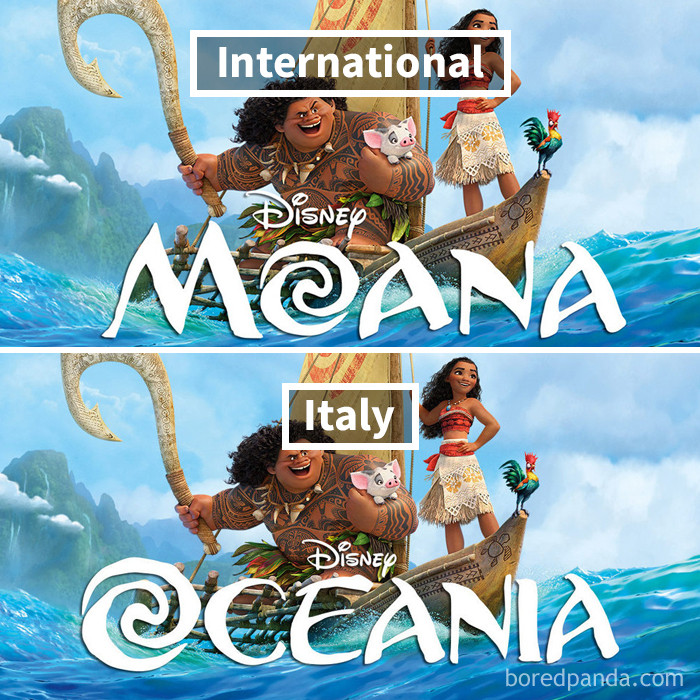 7. The appearance of Rochelle changes according to different countries; USA, Germany, Brazil, Russia and Australia.

8. In Up, Paradise falls was written on a jar in USA while it was hand drawn in movie for other countries 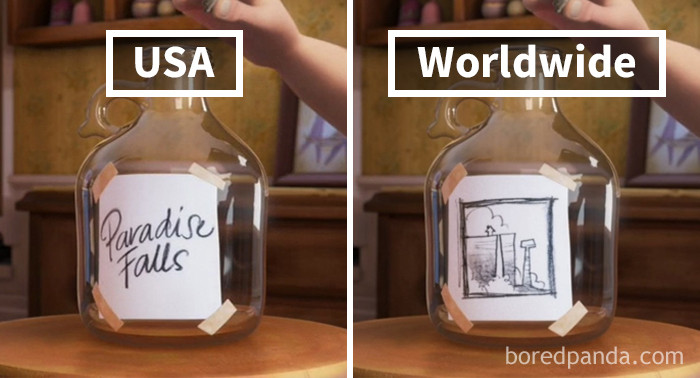 Does it seem interesting to you? We hope it does. Because majority of you would have not noticed these tiny details which Disney changes according to countries. It is fascinating how it relates to every kind of audience, no matter from which corner of the world they are watching the movie. That makes Disney best so far. Keep scrolling to gather some more information.

9. In Up, the adventure book was translated from English of USA to other languages in other countries for better understanding. 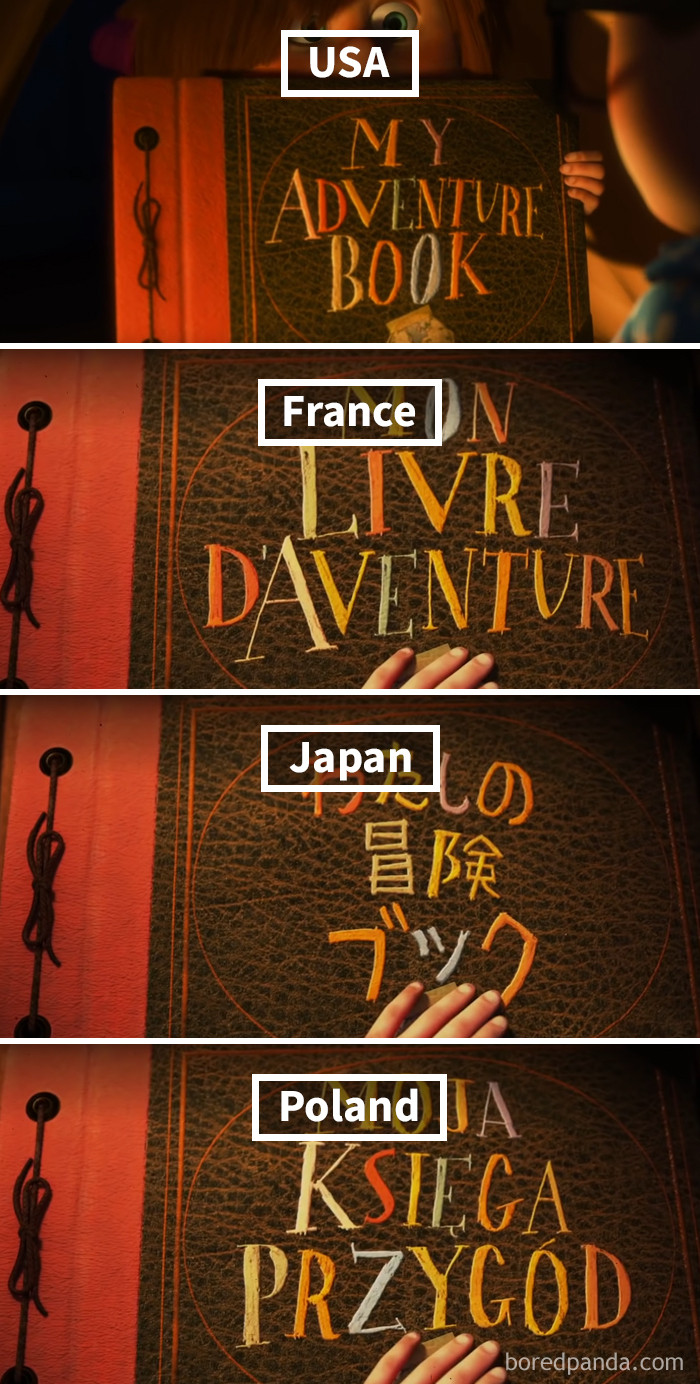 10. In Monsters University, the cupcakes were displayed differently for USA an other countries

11. Agent Harv in Cars changes his accent according to different countries. How cool 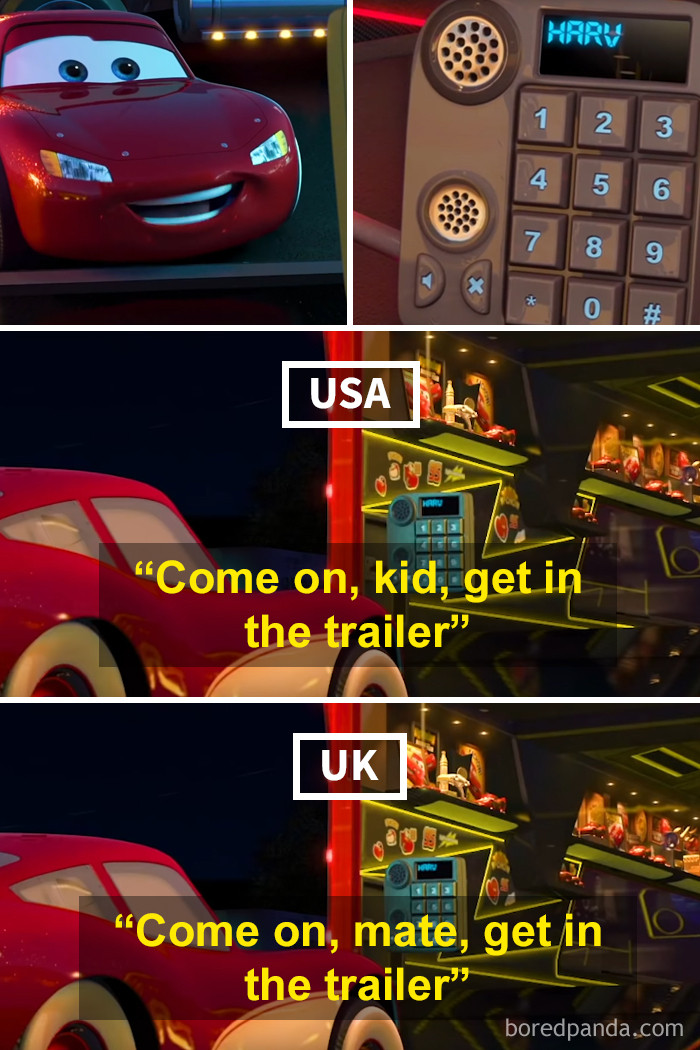 12. Minty Zaki changes her appearance in Wreck it Ralph and becomes Minty Sakura when the movie displays in Japan 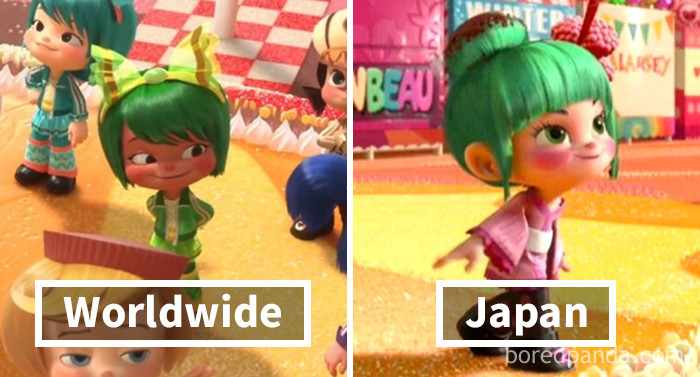 13. When Bing Bong reads a sign out loud in Inside out, the signboard is in different language for other countries 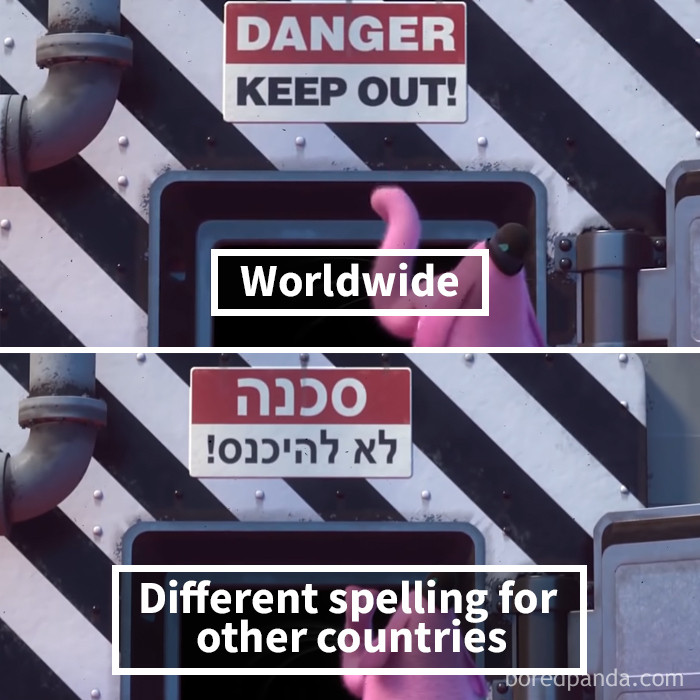 14. In Ratatouille, the French movie has the letter that Remy finds rewritten in French, when they could juts add the subtitles

15. In Cars, Jeff Gorvette changes his appearances for different countries. Also, the appearance is interestingly based on famous race drivers. 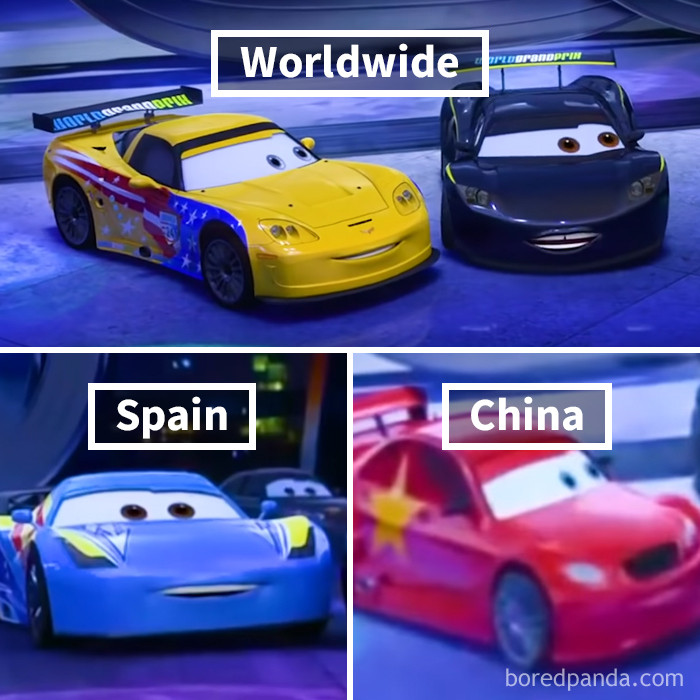 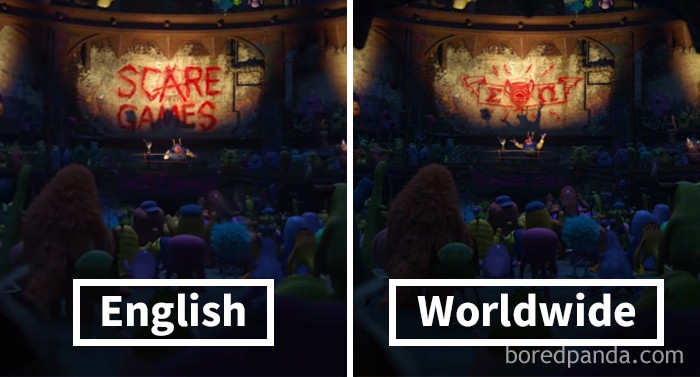 So, what are your remarks on this post? Tell us in the comment section so that we can bring more interesting and fun-fact based content for you. Keep visiting defused for staying connected to Disney movies’ information.