Love isn’t about being all lovey-dovey with your significant other, it’s a lot more but mainly, it revolves around the little compromises and sacrifices that we are willing to make for our partner. During the “honeymoon period”, as most people refer to it, everything seems so nice and simple but the real progress starts as soon as it ends. Once you get married to your partner, things start to look different and sour, which is absolutely wrong. What would you do if your partner would be rude to you in front of your family? Would you just let him/her off the hook because he/she is your husband/wife or would you respond to it?

Well, we came across a similar story where a rude husband decided to roast his wife in front of her family and called her “unladylike” for not grooming herself. That obviously did not sit well with the wife and she decided to respond. What and how exactly did it go down? Let’s go ahead and read out the entire story which was shared by the wife herself onto Reddit’s AITA thread.

1. The wife decides to share her story on the AITA thread.

2. Just because he’s a breadwinner, it doesn’t mean he can’t do house chores or take care of the kids too.

3. Really? Why should that even be an argument? It can be suggested in a polite and loveable manner?

4. Don’t tell me he started the conversation in front of them!?

5. And just as we expected… 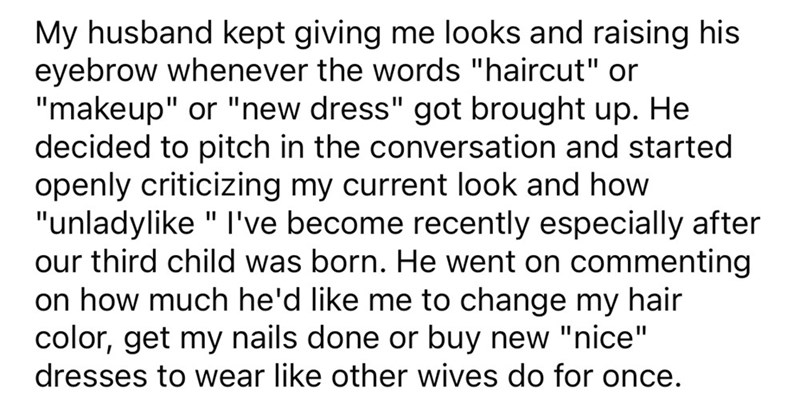 6. The wife definitely should have kicked him out of the house. 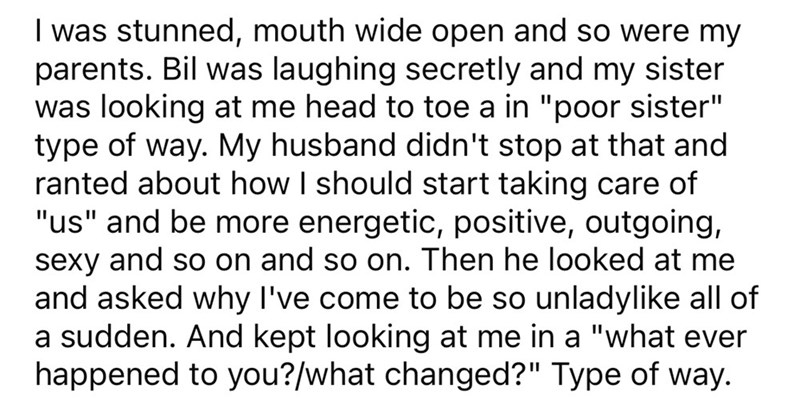 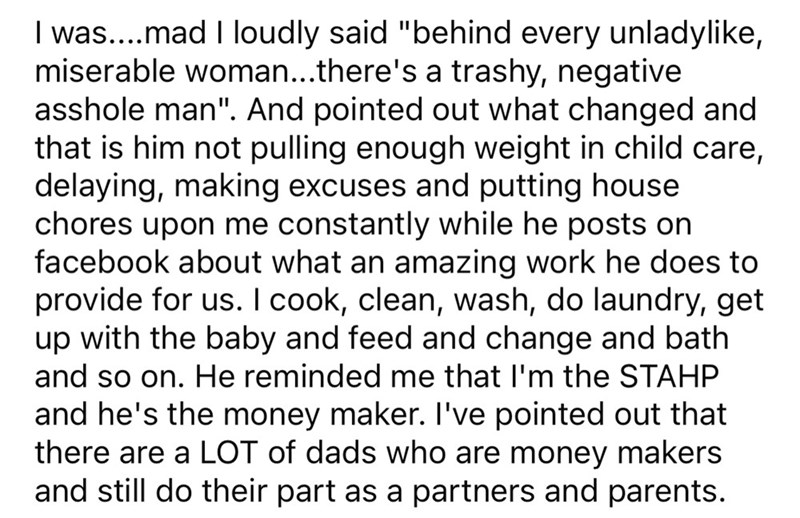 8. Well, he literally asked for it.

9. Really? Such a hypocrite! He’s literally initiated the conversation in front of her family and now he’s all about “not to discuss private matters in front of the inlaws?” 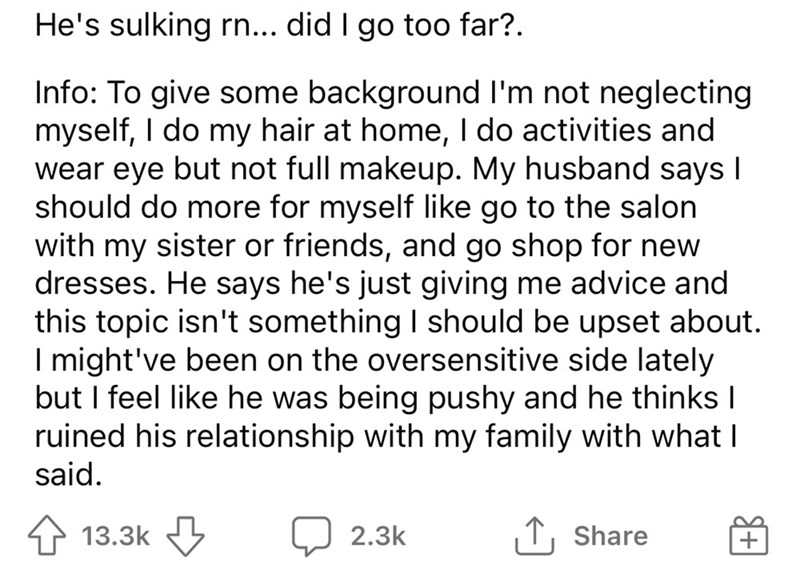 11. Well, personally I don’t think the wife undermined his efforts as a breadwinner because that was completely off the topic. And she just responded equally which was important. 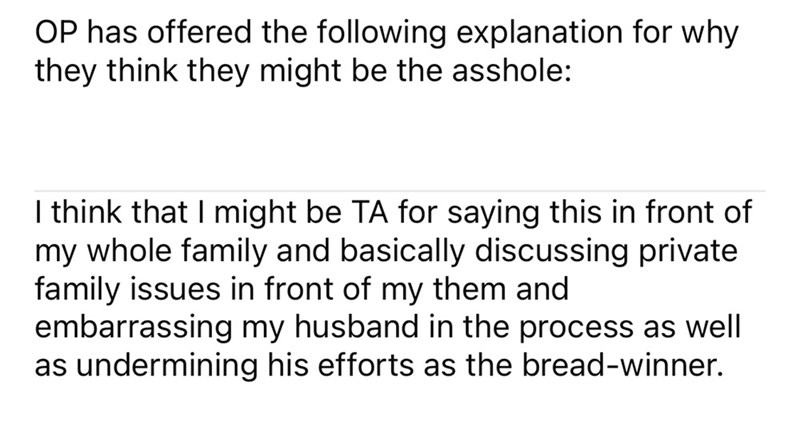 However, let’s go ahead and see what the people had to say about this whole fiasco.

12. That’s absolutely correct. He should have thought of these things before initiating.

13. Exactly. Being a parent is a shared responsibility.

14. Husband is definitely a sexist.

15. That’s exactly what I mentioned in the first place.

Well, the story comes to an end here but we are definitely surprised at how some people choose to behave. How can you even think of being rude to your significant other or pointing her out for not grooming herself properly in front of anyone else? That’s not only rude but extremely unethical as well. Anyways, the good thing is, he got what he deserved! But we would still like to know your opinion about this. Do you think what the wife did was right? Share down your thoughts down in the comments section.