Cats are more than just an accessory.

We have all seen celebrities nowadays using pets as some sort of accessory. We have seen that with snakes, dogs, and even cats. While most people have varying opinions on using an animal as part of an outfit, the following celebrities did not do that. They were cat people through and through and showed their love to their adorable kitties as one should. Not many people even know about this even if these celebrities might be their favorite.

I know I wasn’t aware that icons like Marilyn Monroe and David Bowie were such big fans of cats. Then again, I personally don’t delve deep into any celebrity’s personal life but it is always interesting to look back and see what these people preferred. And while we love cats just as much as the next person, some people are inherently cat lovers. And the following celebrities fit into that category. Which you can see for yourself by scrolling below. 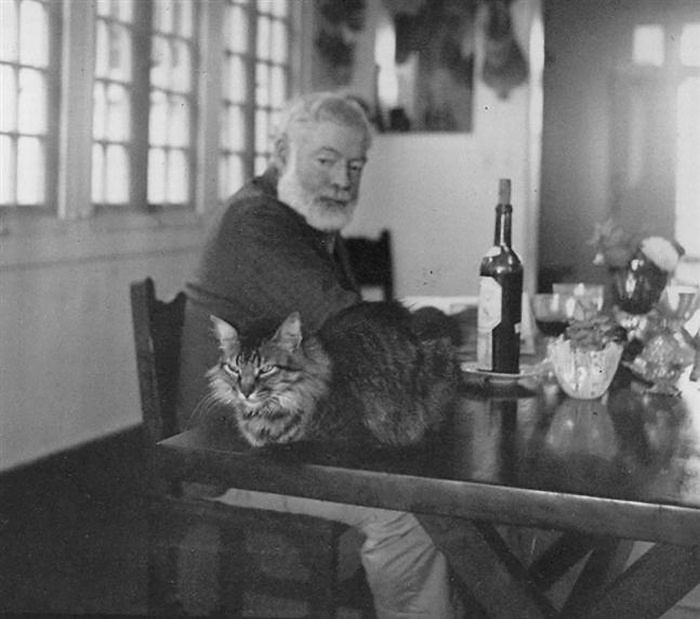 Writer Ernest Hemingway is best remembered for his macho antics–the hunting, the fishing, the heavy drinking–but he also had a gentle side. With 23 cats by 1945, he was a devout cat lover who called his pets “purr factories” and “love sponges.”

In 1935, a ship captain visiting Hemingway in Key West, Florida, gifted him a six-toed cat named Snowball, and soon, Snowball had populated the Hemingway estate with litters of six-toed spawn carrying the polydactyl gene. 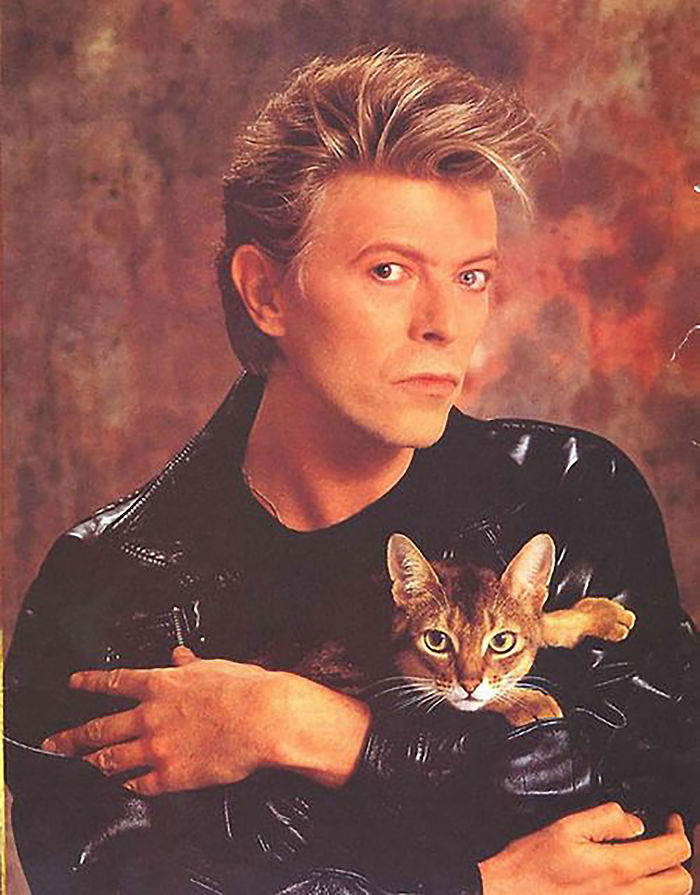 (You may also remember it from a pivotal scene in Quentin Tarantino’s Inglourious Basterds.) 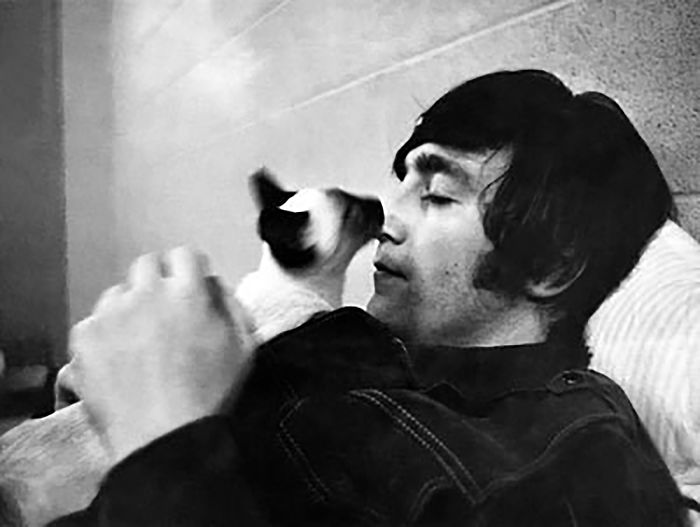 Over his life span, he had adopted more than 10 cats. 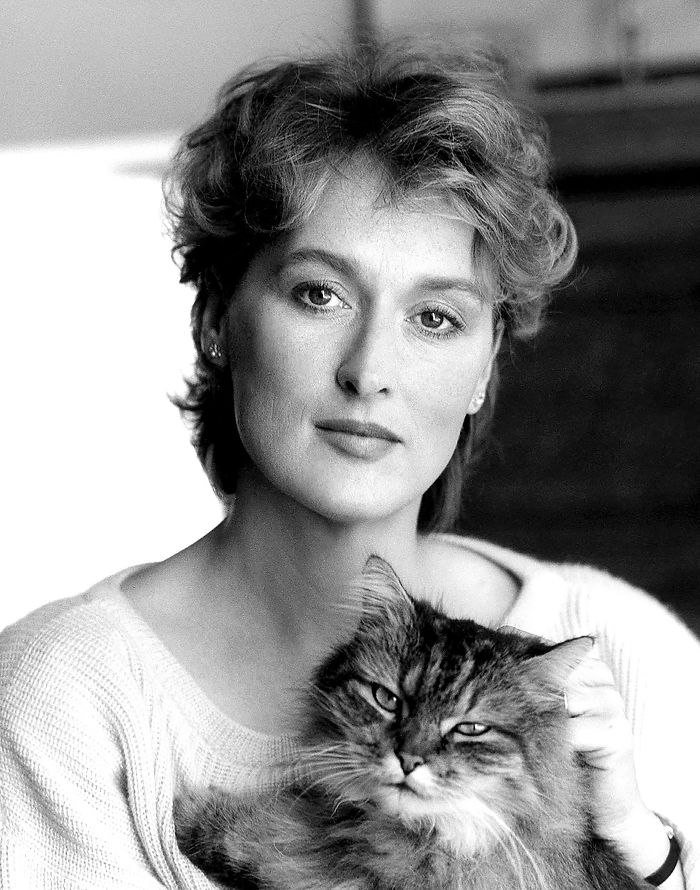 Rumours has it she will star in ‘Dewey: The Library Cat’ movie, based on the book ‘The Small-Town Library Cat Who Touched The World.’ 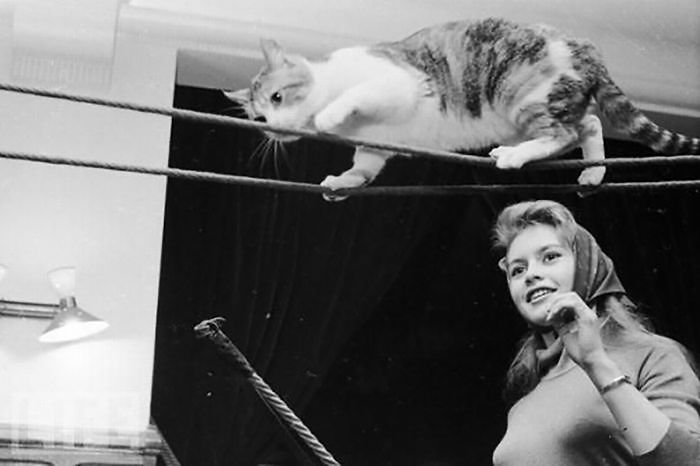 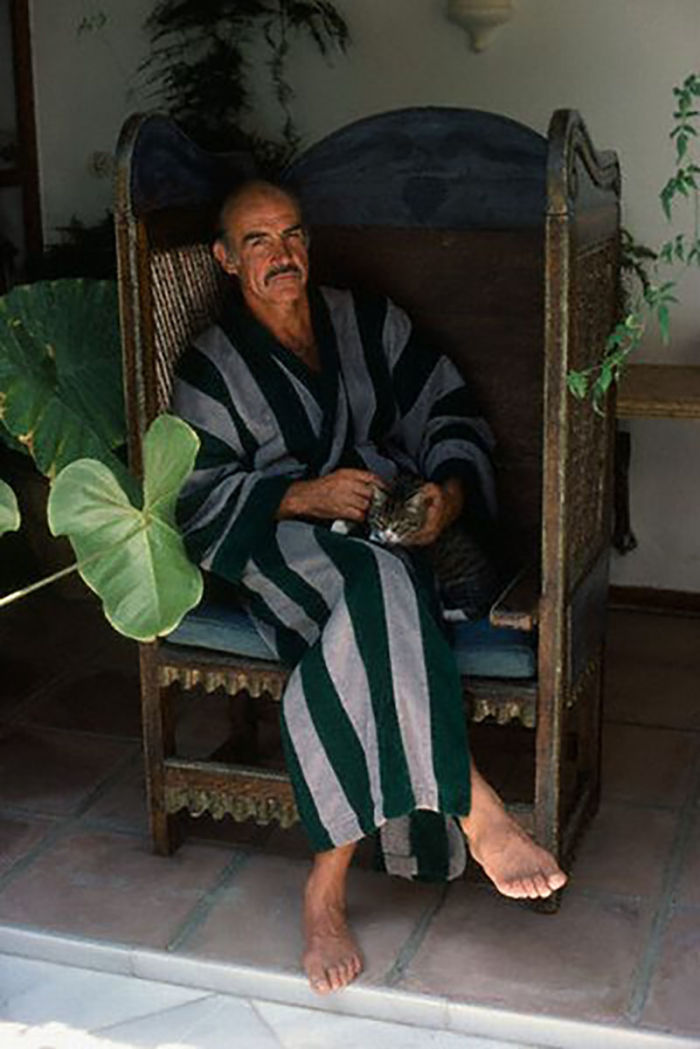 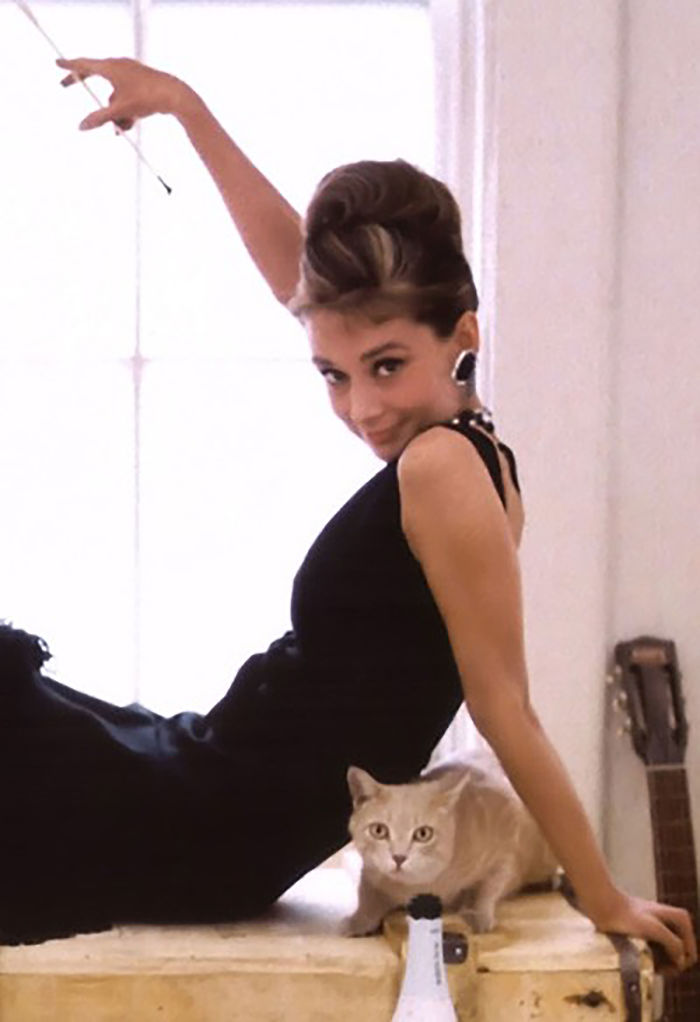 After her turn in Tiffany’s, animal-rescue leagues and pet stores everywhere reported an unprecedented demand for orange cats.

Apparently, some people thought that cats brought good luck, so some actors would have them as they helped them calm down when their anxieties were high which has been proven by researchers. Not only that, but throughout history, we have usually seen creative people adopting cats. Whether there is any correlation is unknown but they are known to bring out your loving side which is always a plus. 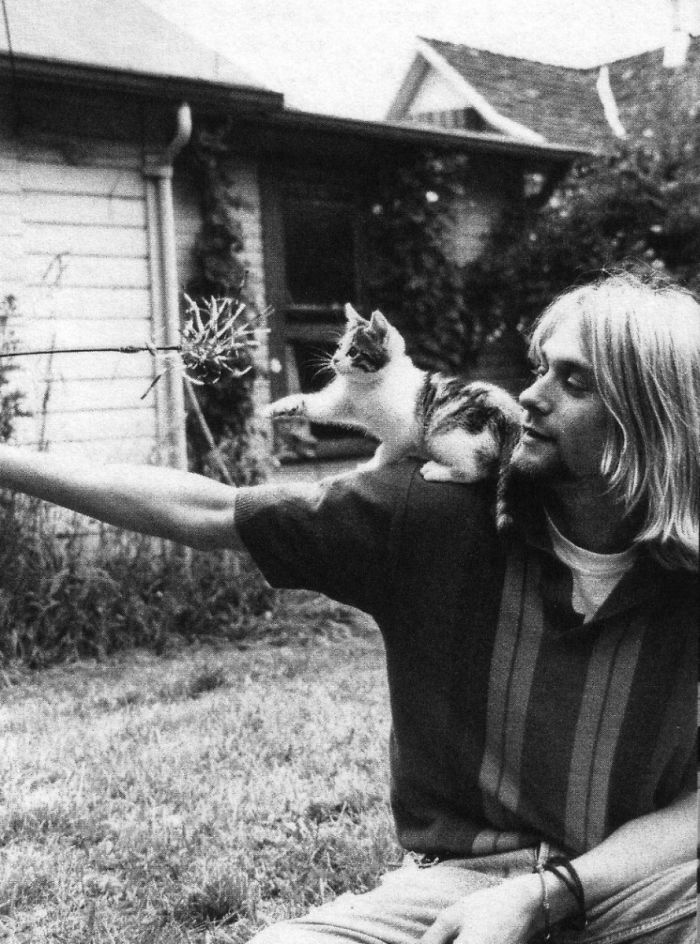 He liked cute cats over dogs because they don’t care about anything that they don’t find worth their time. 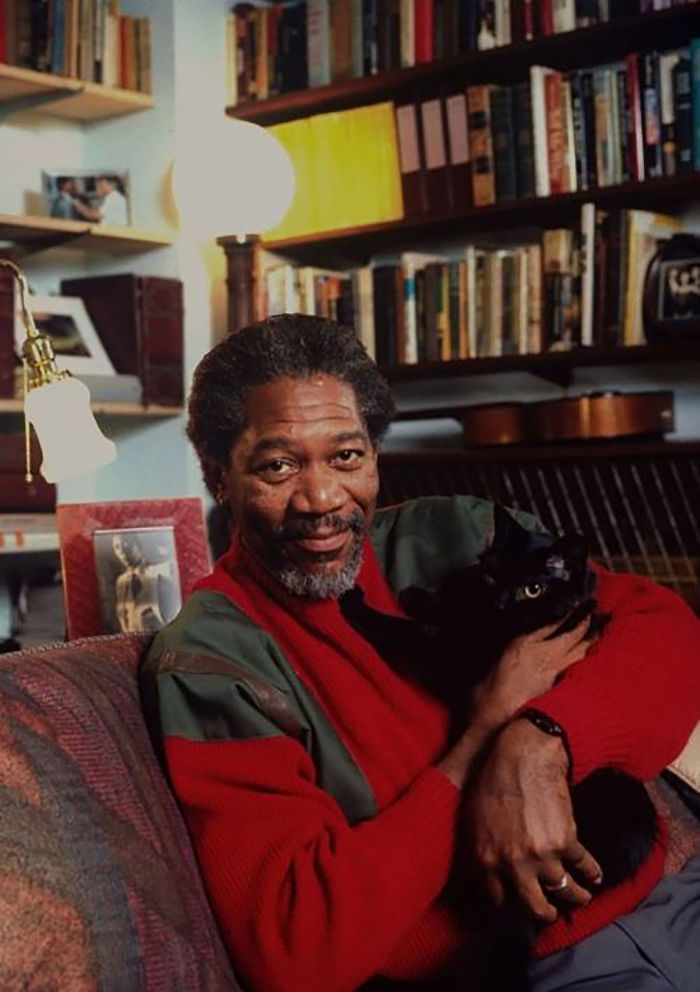 Having been raised with both cats and dogs in his home, Freeman is an advocate for growing up with animals. 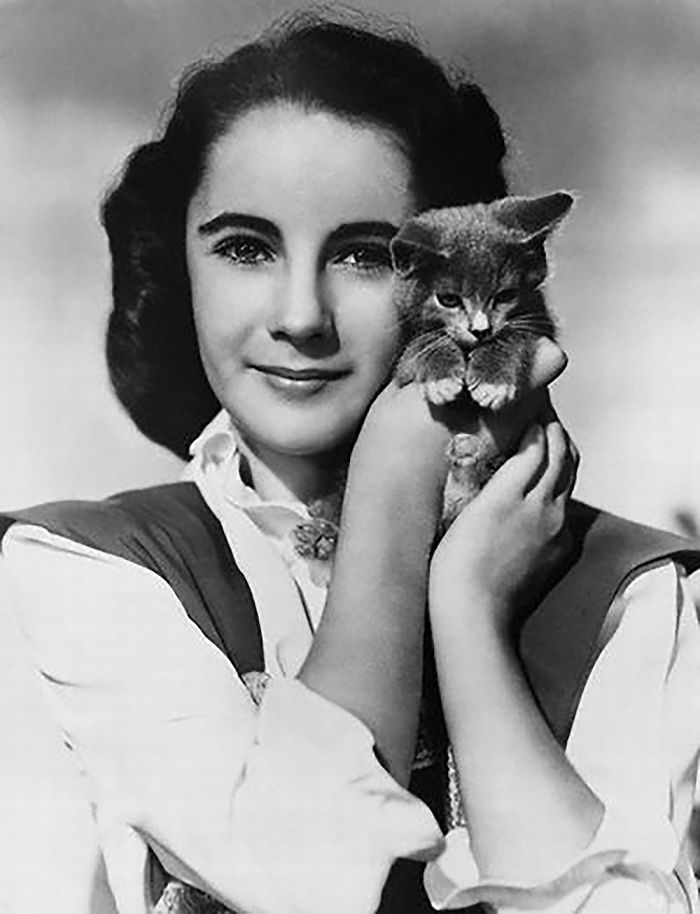 In 1974, Elizabeth Taylor and her husband, Richard Burton, returned to California while he filmed the movie The Klansman. Shortly after the move, Taylor’s beutiful cat Cassius went missing, he never returned – leading her to write this emotional letter:

”Letter to my Lovely Lost Cat. I see you, my beauty boy, in the reflection of those shining black-brown rocks ahead of me. I see the green o’ thy eyes every rained, sweated leaf shaking in my eyes. I remember the sweet smell of your fur against my neck, when I was deeply in trouble and how, somehow you made it better – you knew! You knew always when I hurt and you made comfort for me, as I did once for you when you were a broken kitten. Anyway, I love you Cassius – and thank you for your beauty. Please come back!” 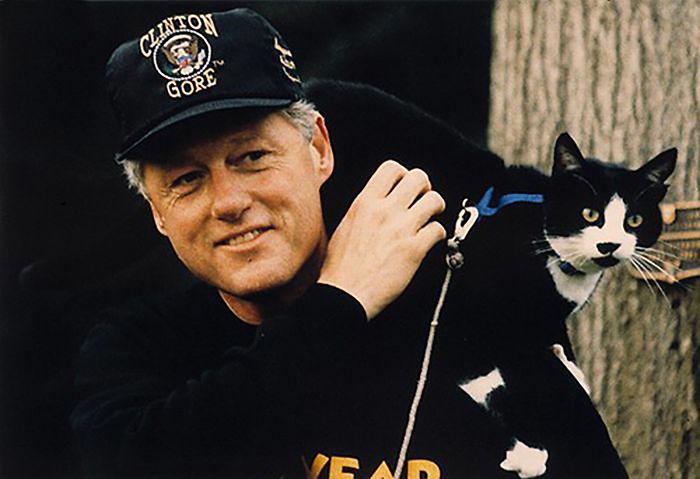 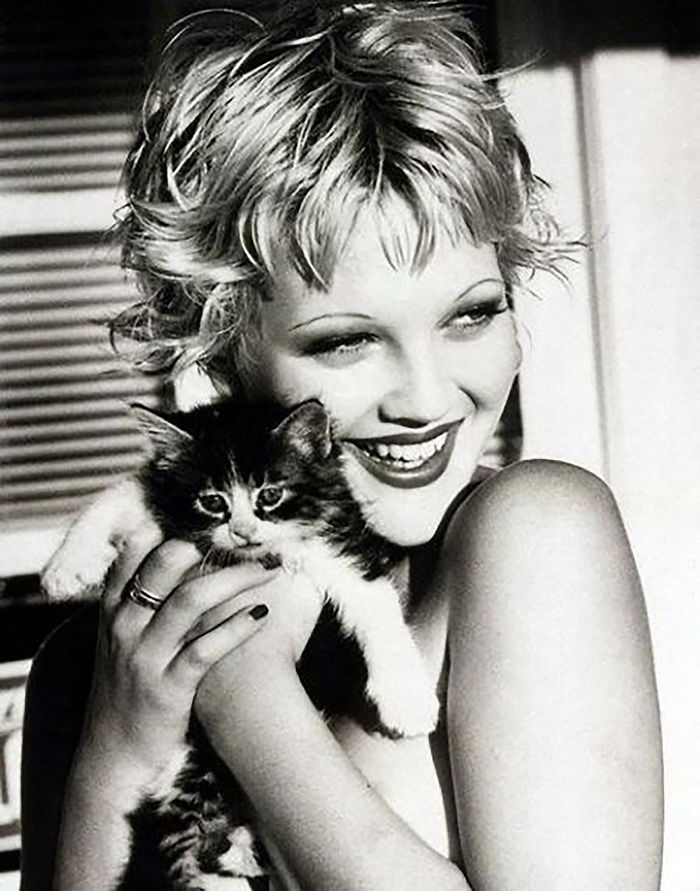 As a kid Drew featured in the movie ‘Cat’s Eye’, a 1985 American anthology horror film directed by Lewis Teague and written by Stephen King. Once a cat person always a cat person. 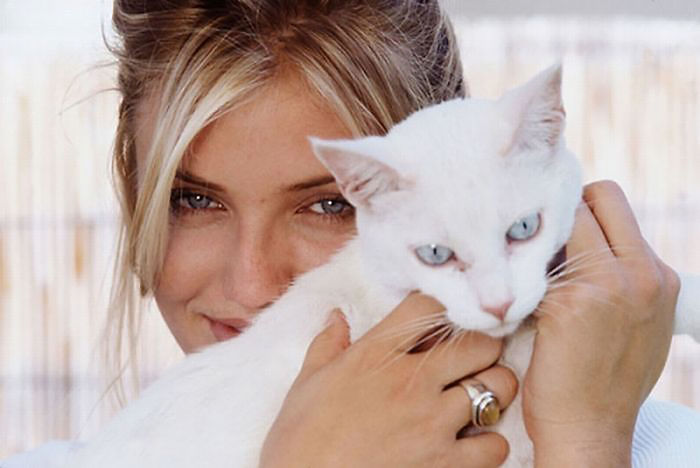 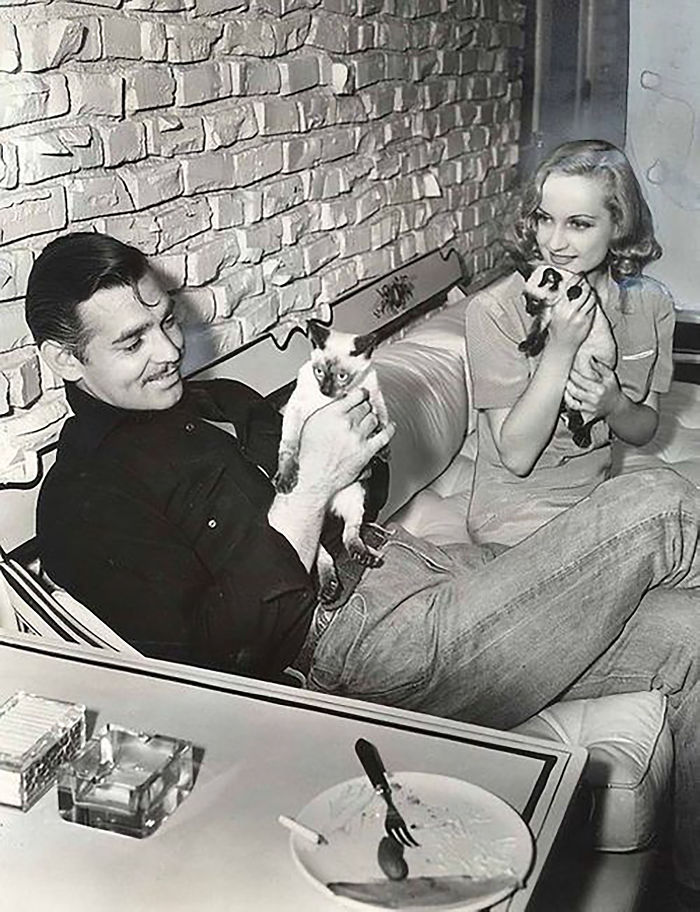 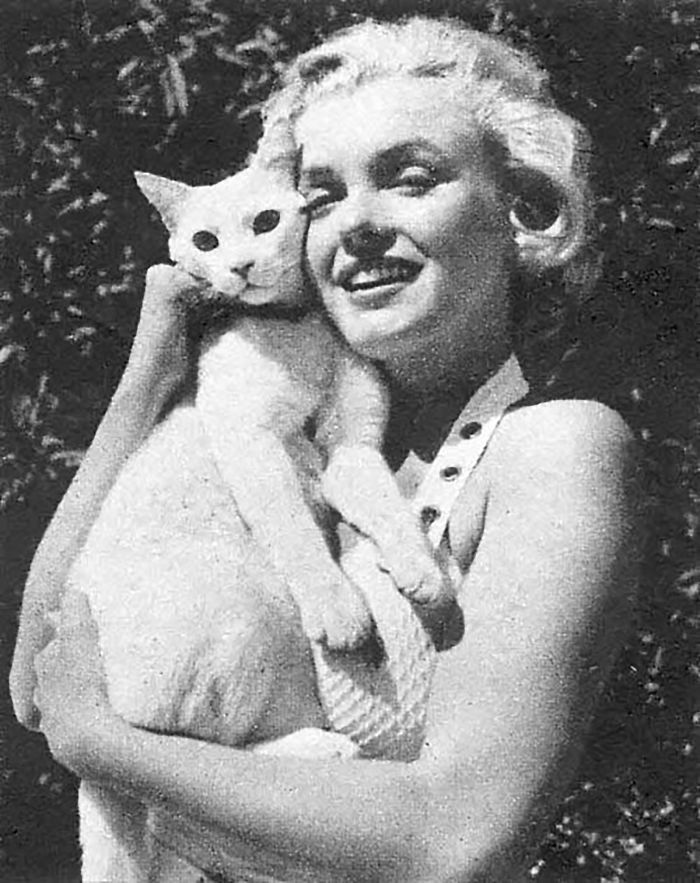 Were you aware of any of these celebrities loving cats? Let us know in the comments below. And don’t forget to share so we can all spread the love for cats.