Even though so much research has been done on cats’ behavior, we still haven’t learned about much why cats do the things they do. Some are pretty clear, like cats sleeping with their belly exposed is because they trust you but some are just straight-up weird. And today, we have some of the weirdest instances that people with cats faced and they didn’t know what was happening. From cats not eating until their human is beside them to cats thinking their human is just a big hairless cat, there are a lot of things that cats do that go over our heads daily.

Well, we might not be able to understand them but these experiences sure are adorable. And when one Tumblr user decided to share the weird things their cats do, many other people chimed in with even more hilarious instances. And you can read all of those for yourself by scrolling below. However, not all cats do this sort of stuff and it is unique for every individual cat, so don’t expect your cat to suddenly like the stuff shown below.

As said by this person, cats like to act as if not eating for 10 minutes will somehow ruin their life. 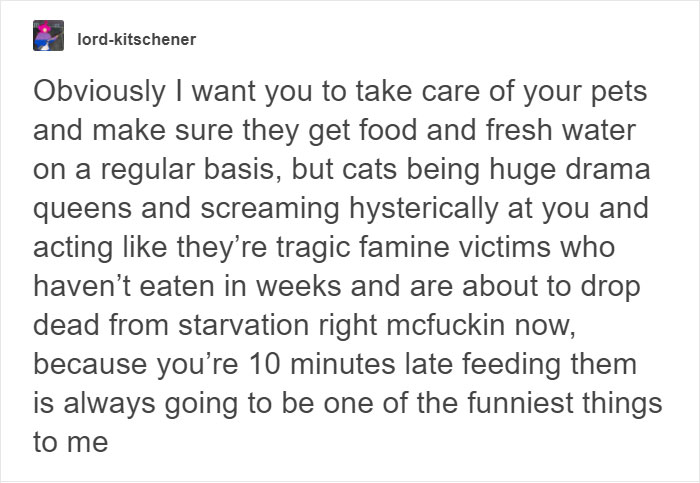 Cats sure are dramatic and act like they are always starving. 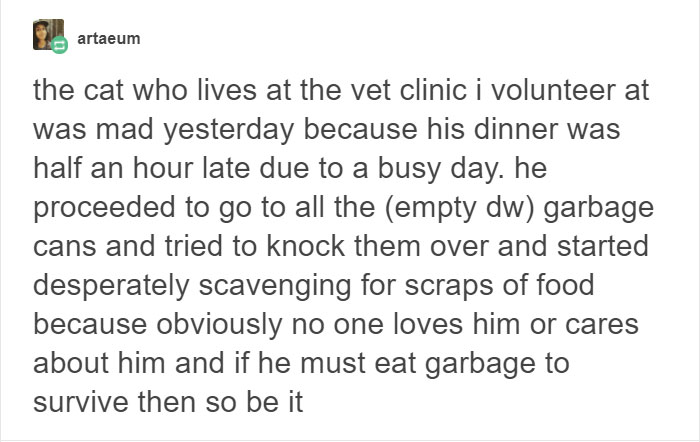 To be fair, coat hangers can be quite pointy and this cat might be scared.

Perhaps coat hangers are like vacuums and every cat hates them with a passion.

We are learning new things every day about cats.

This kitty likes to eat as a family. 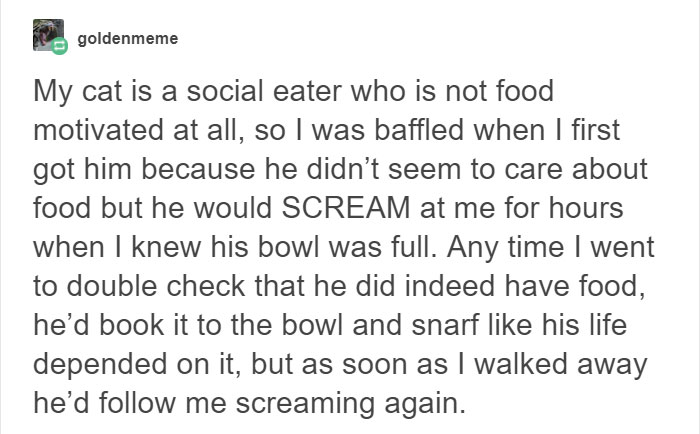 And doesn’t like it when his hooman is not beside him. 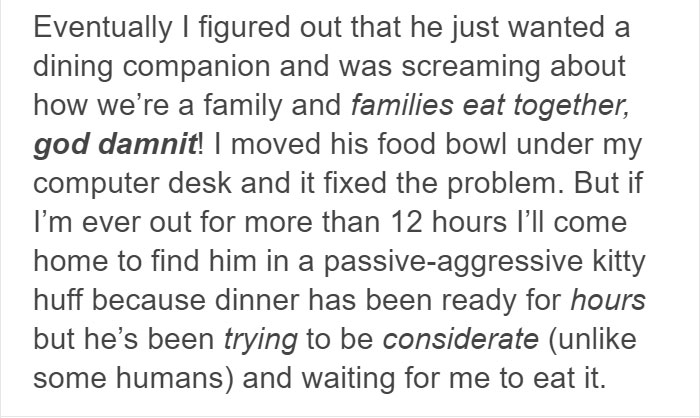 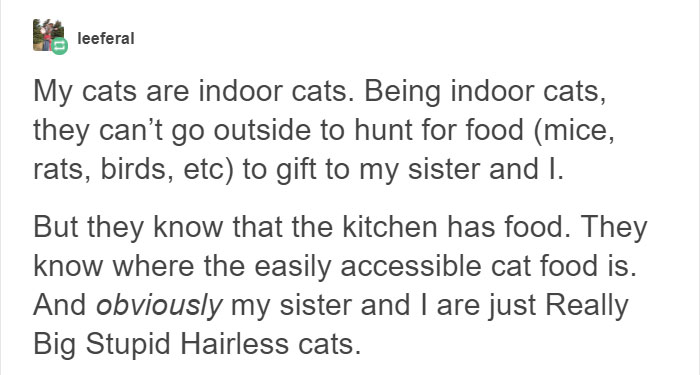 And rather than bringing them dead critters as gifts, they want them to eat cat food.

Cats really do love wholeheartedly and there is no malice in them. 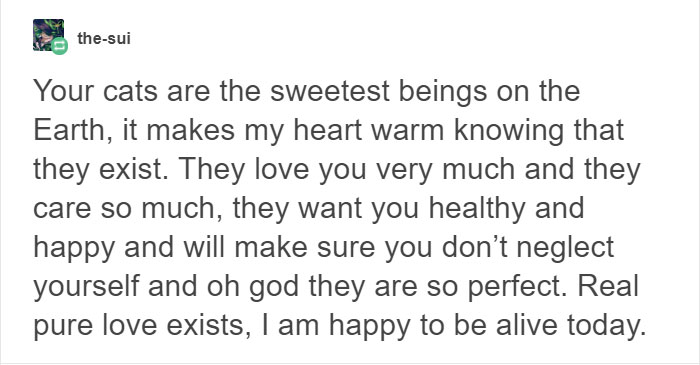 And some cats are also the caretakers in the relationship. 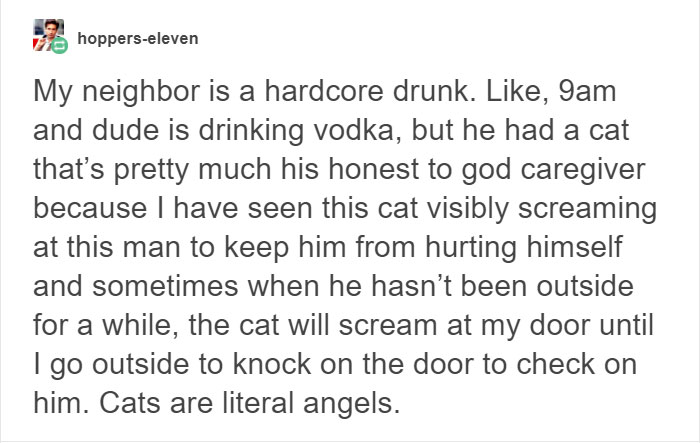 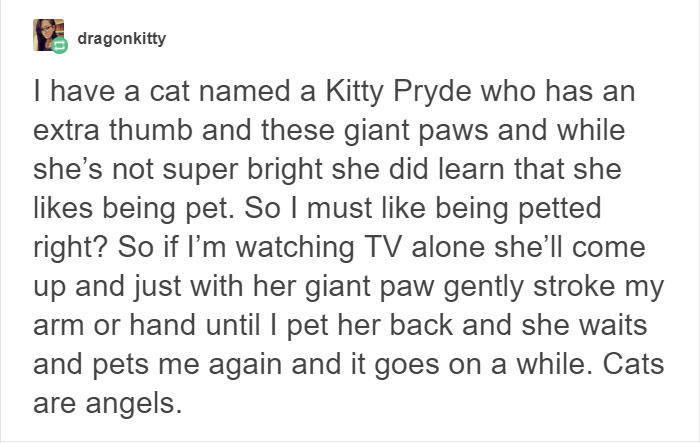 Cats are actually quite simple creatures and you can tell what they are thinking most of the time if you just pay attention. And they can actually sense when something is wrong so they try to help the best they can when you’re feeling down or going through something. This is why Doctors suggest getting a pet for people dealing with anxiety or depression. However, that doesn’t mean everyone should get a cat as you first have to able to take care of your cat before deciding on getting one.

But even through all the annoyances, they are worth it. 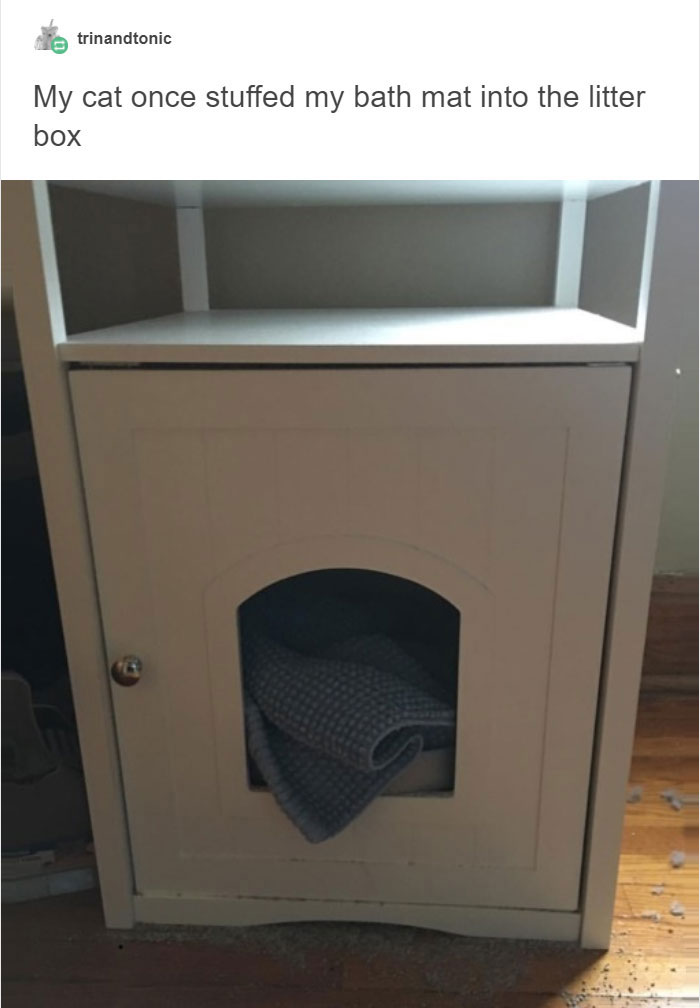 As this person mentioned, that is a very nice litter box.

This kitty is very intelligent and just pays off the dog so she doesn’t tattle on them. 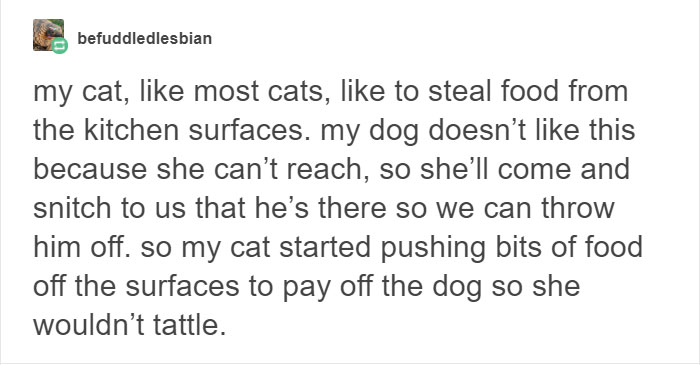 Roxy might have been doing an experiment. We don’t know what goes in the mind of a cat.

Cats are known to have a calming presence and people with depression can benefit from a pet. 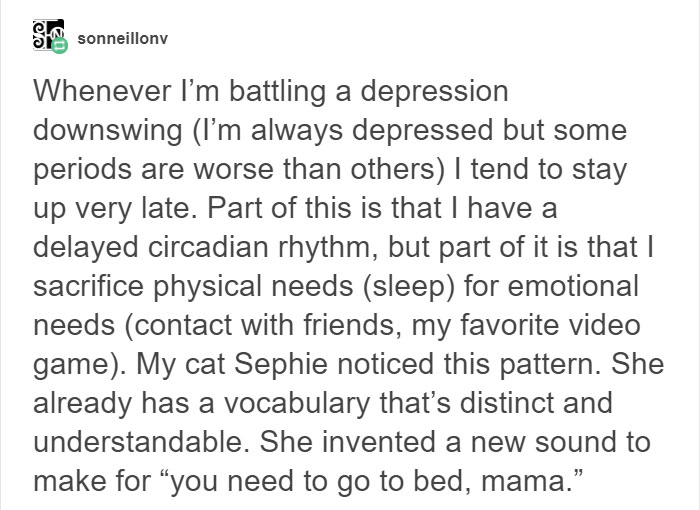 People had even more to share about their cats.

She didn’t want her hooman to feel alone.

You have to take the bad side with the good one.

Cats can sometimes act as parents and will scold you when you are doing something wrong.

Cats can also sense when something is wrong so they try to help.

What is the weirdest thing your cats have ever done? Comment down below and let us know. We always love to hear from our readers.