Animals are beautiful not only by appearance but also by heart. The friendships of animals are crazy and wholesome at the same time, if we deeply observe them. We always think of telling you entertaining and lovely stories to tell you that can make your day better. Have you ever listened to a friendship story between a dog and a duck? Dog and ducks, yes, you heard it right! This cute little story of Max, the dog, and Quackers, the duck, is interesting. Looking at their pictures together will give you immense delight. Scroll till the end and don not miss out anything.

Max, a dog, when he was five year old was adopted by a family of tow, namely Patrick and Kristen, the Rileys, who lived in Minnesota, in the streets of Strout. they loved the dog with all their heart. At that time, the Rileys also owned another dog, namely Sasha. She was a beautiful big husky. Max and Sasha became really good friends. they bonded with each other nicely and in no time, they were inseparable. However, one day, Sasha became very ill. Her illness became the reason of her passing away. Max was left all alone, and depressed.

Patrick and Sasha did not know what to do about Max’s sadness and loneliness. In contrast to getting another husky or a female dog, the owners thought o something new; they adopted a duck. They named her Quackers, how cute is that! For a little while, Max did not know how to befriend her. But after sometime, the tow of them got along so well. Max would never go anywhere without Quackers. Quackers loved Max equally and both had so much fun together. The owners became glad after Max found his new bestfriend, after grieving over the loss of Sasha.

Patrick and Kristen are very happy at the friendship of the two pets. It is because they have seen Max and Sasha become friends and then parted with. After Quackers coming into the home, the warmth and joy of the home was restored. The owners describe their relationship in their own words as follows.

Patrick denotes, “Max and Quackers became besties, they would go everywhere together. If max is going to another room, Quackers will follow him in a cute way. Their adorableness is wholesome as they never leave each other’s side.” Kristen further adds to it, “We find them sleeping, eating and walking together. It is like they are siblings living in the same house. We rarely find them fighting. This makes us happy.”

We have also collected the pictures of the two best mates, Max and Quackers, as they do their daily chores together. Look at the two of the, sunbathing, sleeping and walking together. 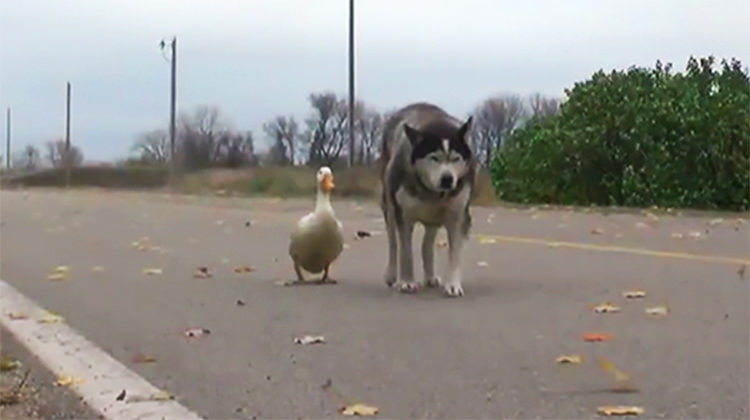 2. They never leave each other’s side 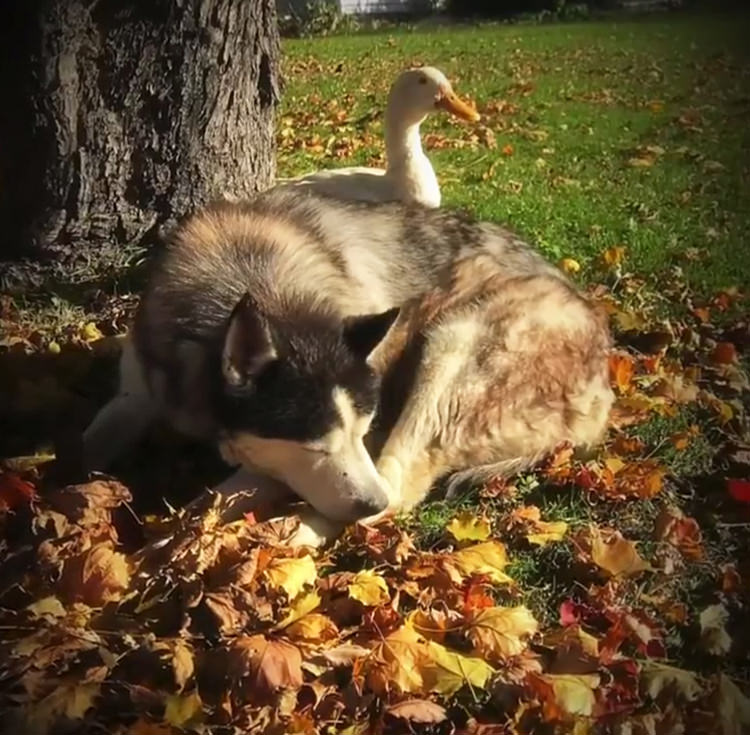 3. The whole town is impressed by their friendship 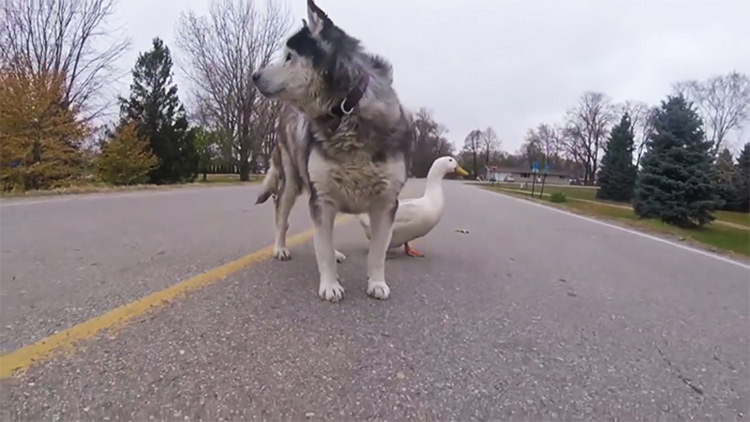 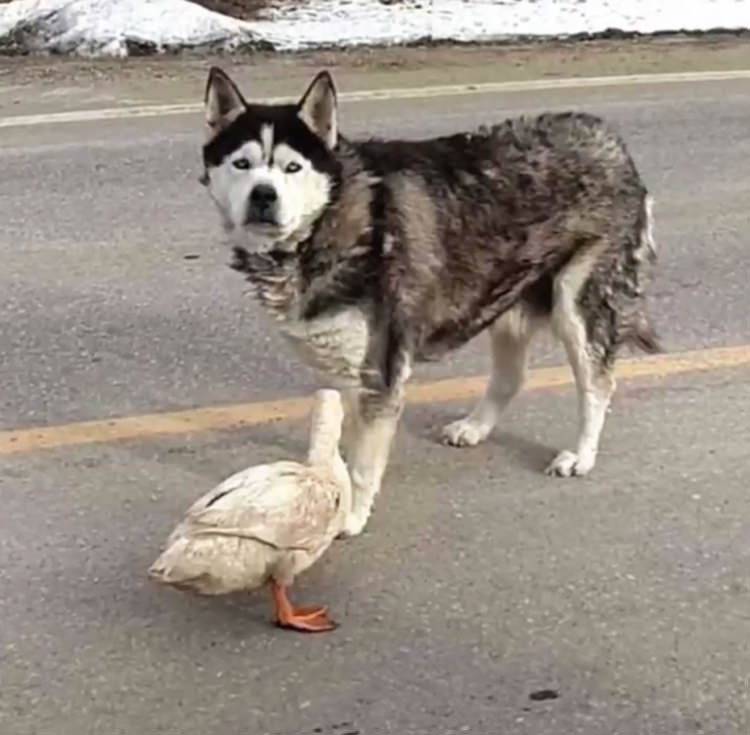 5. Max and Quackers love to go outside and walk together 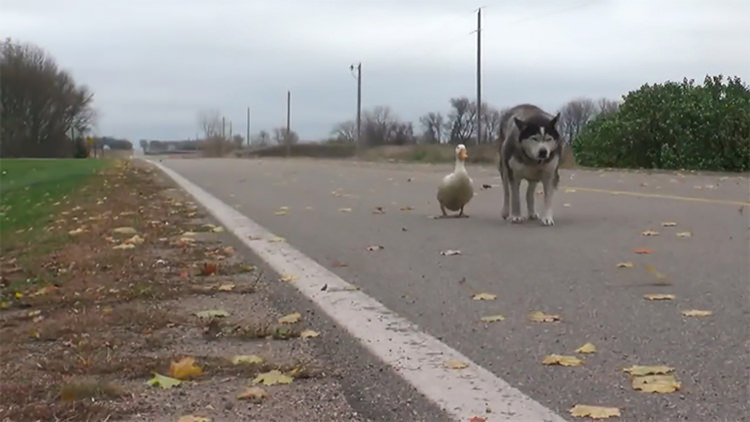 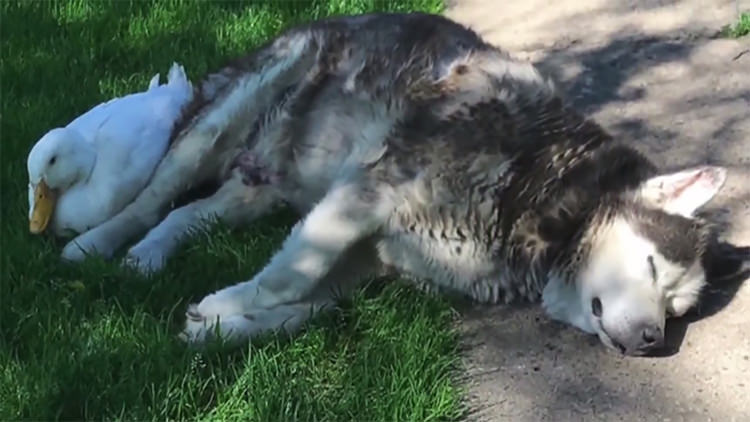 Wasn’t it a great story? If it was, give it a thumbs up and don not forget to share your views in the comment section below. Share with us if you have witnessed any unusual pet friendships. Stay tuned for more wholesome pet content.