A visit to the vet can be like a comedy show at times.

Or even better. A veterinary doctor or a vet is a doctor for animals. Just like we have allopathy doctors for humans. It is a very common fact that no one likes to go to the doctor. As a kid I used to feel like I am taken somewhere I won’t be making it back from. Doctors just used to be a horror story back in the days and I really haven’t managed to understand, till date, that why was that so. Why did we hate doctors so much and why was every visit so dramatic? Even when a human turns old, they tend to get grumpy and avoid going to the doctor even though those human beings serve only one purpose and that is to try and save us. Looks like we just have to live with this tradition and it must be passed on to the next generation automatically. I think it’s the needle.

Anyways, this fear of visiting a doctor does not only reside in humans but also in animals. Paying a visit to the vet can be a horror story for a pet. They absolutely fear the clinics and would really do anything to avoid the visit. But then what happens when you take your pet somewhere they don’t want to go? They take revenge. Such a vet visit, then, can turn out to be extremely hilarious. Really, we have stories about vet visits that should get the award for the most hilarious stories ever.

Today we are going to enjoy some hysterical vet visits that will make you laugh more than a stand-up comedian ever could. Scroll down below to enjoy!

1. She faked a limp so her owners wouldn’t go on vacation. 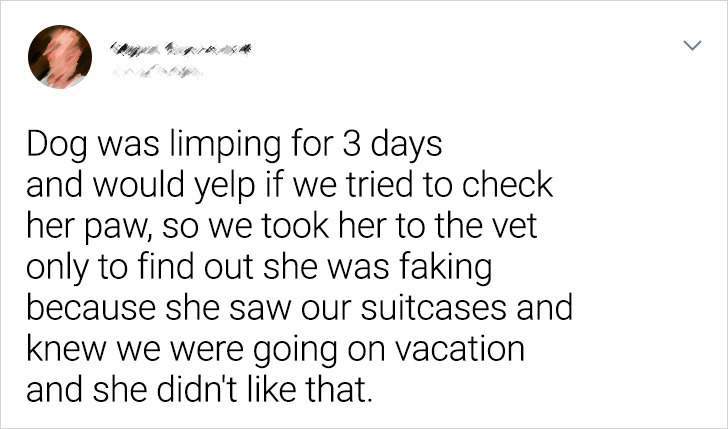 2. Their bulldog was just being ignorant and they ended up spending $1200 thinking she had gone deaf. 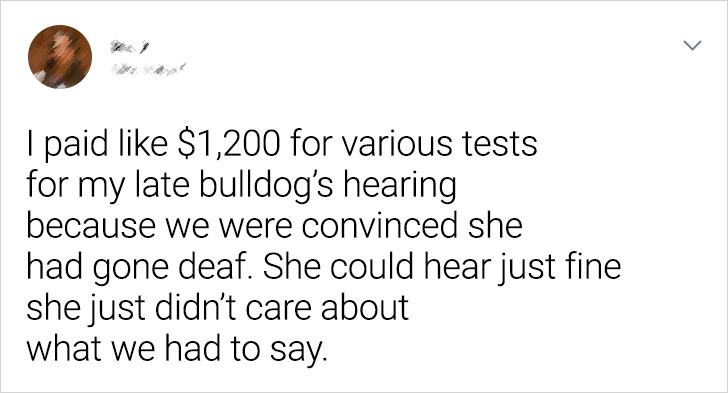 3. The dog had no cough, he was just trying to feel at home by copying everyone at the house who actually had a cold. 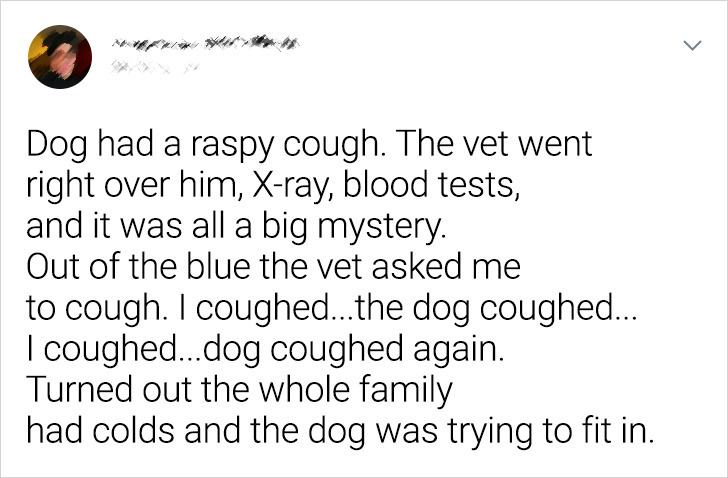 4. Woah, that is a very strange inside. 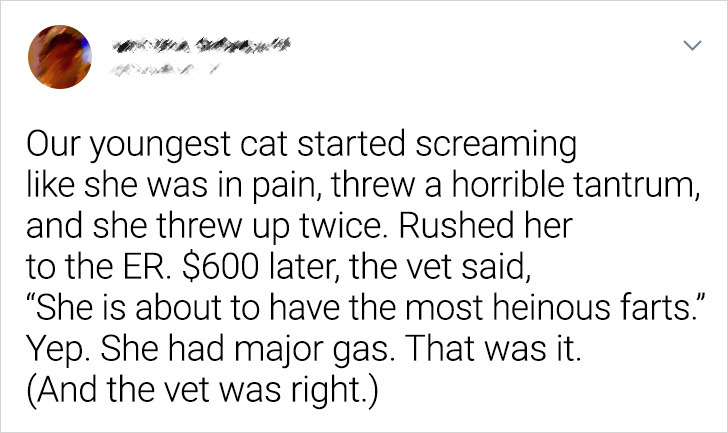 6. That’s like laughing hard and ending up injuring your jaw. 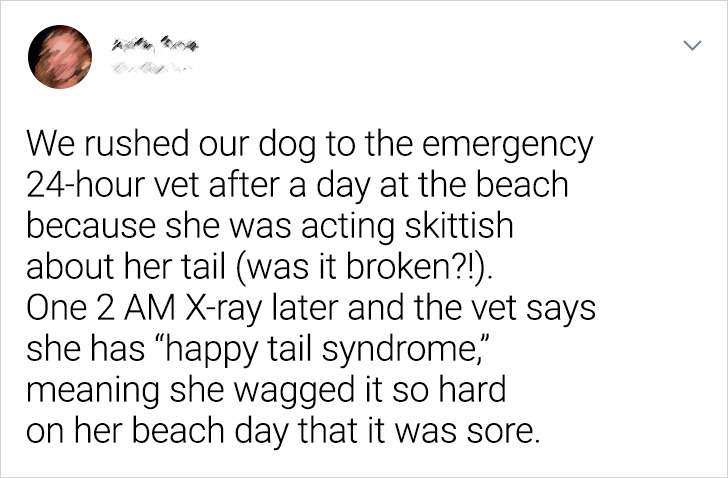 8. That is being dramatic on another level.

9. An ant bit the dog’s paw and this is how he reacted. 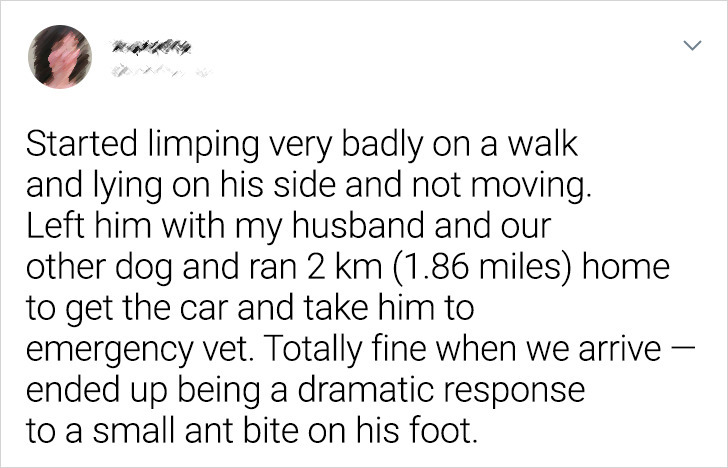 I actually cannot believe this. These pets basically rick-rolled their parents to the fullest. They actually made their parents burn money for absolutely no reason. They really know how to play the game and think this is a sign that you must not mess with a pet. Perhaps their demands were being met so this is how they decided to take revenge.

The stories are extremely hilarious. Not sure if the parents enjoyed this event after having to spend thousands of dollars for no reason. But for us, this is beauty.

10. Should’ve just waited for Figment to release those big farts. 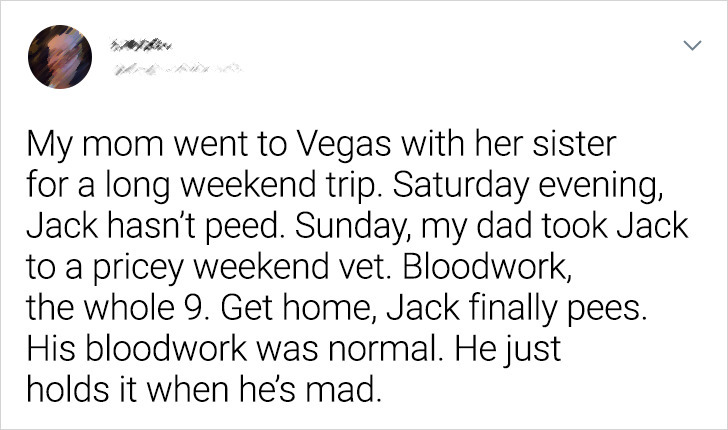 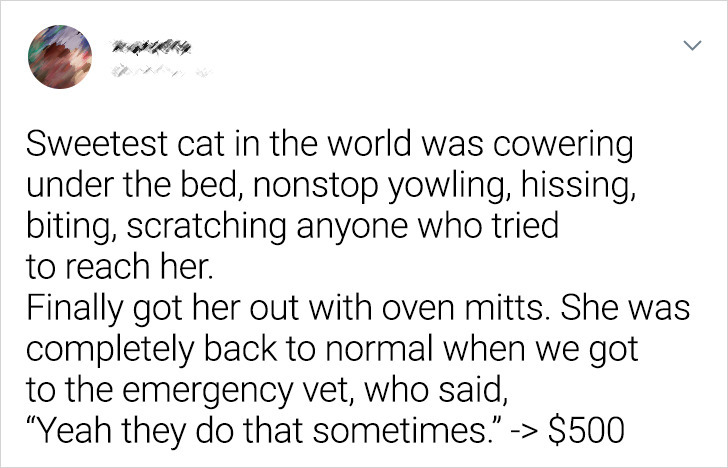 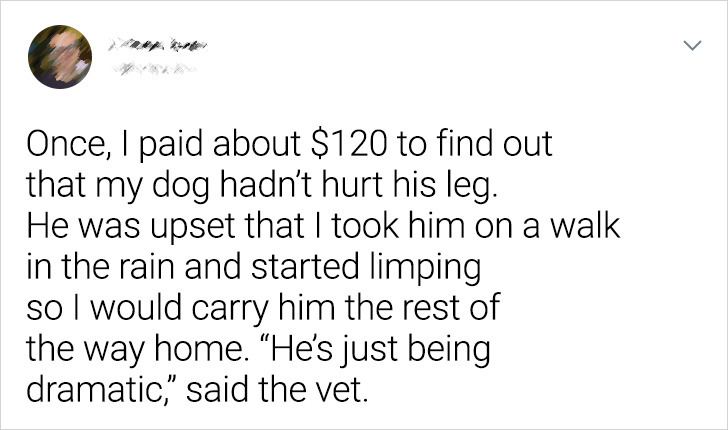 14. All of that to learn their cat doesn’t like sardines. 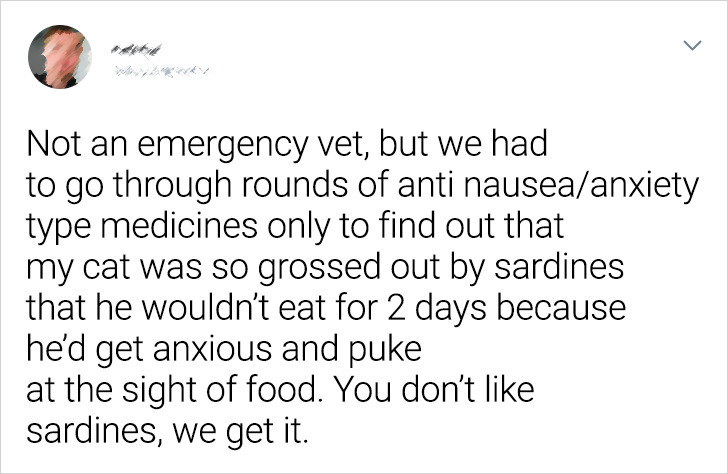 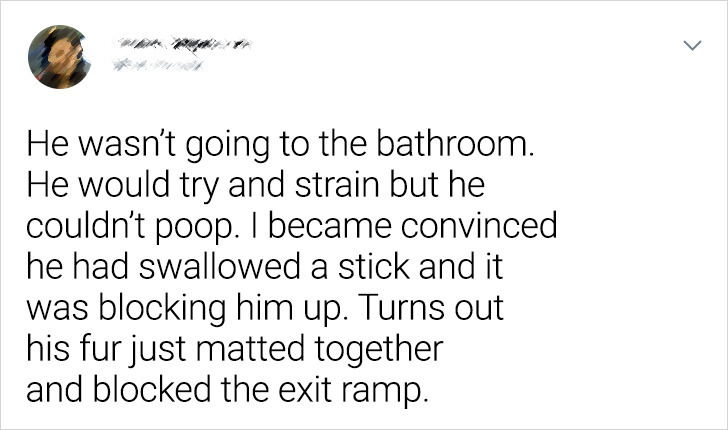 16. He lost a fight, got depressed, and stopped eating and drinking. 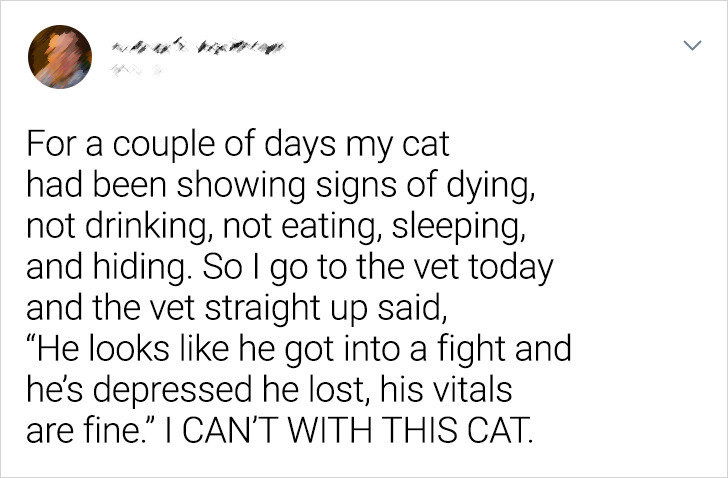 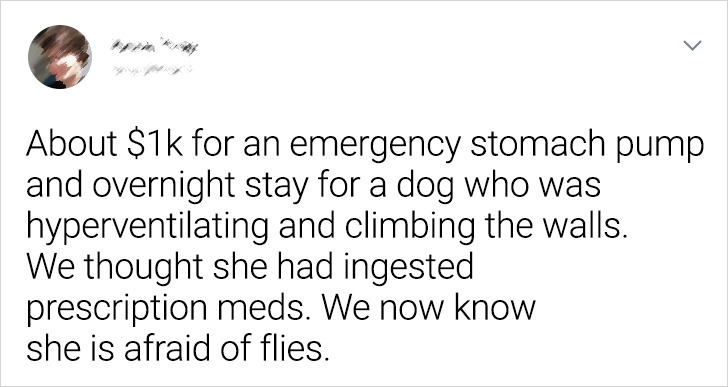 I really hope you guys had a nice laugh reading these stories. Please share your thoughts in the comments section down below.