The whole world is their playground. They are the boss. Cats go wherever they want, whenever they want and no one can stop them from doing so. No wonder they were considered gods in ancient Egypt, they may not have the size, but they sure have the attitude. And, judging by their behaviour, I think they still consider themselves gods. If you think you own a cat, you don’t. The cat owns you. Any cat parent knows what I mean by that. You are their slave and they are the masters of their own lives AND yours.

So you can never tell a cat what it can or can not do. One cat on the Internet has been going viral for not listening to his “owner.” His name is Oliver and he does what he wants. Oliver is a free spirit. His owner decided to document every time Oliver was somewhere he should not be, and the results are hilarious. Scroll down below to see them:

1. Oliver shouldn’t be touching the bookshelf.

2. Or hang around by the plant pots.

3. He shouldn’t be stealing food from the fridge. 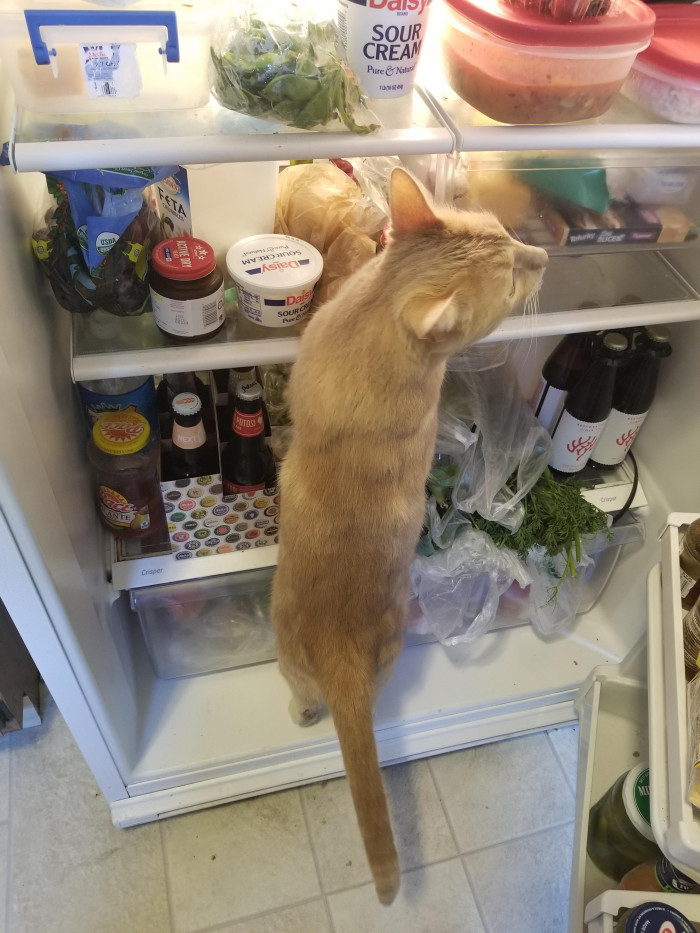 4. Or hide between the pots. 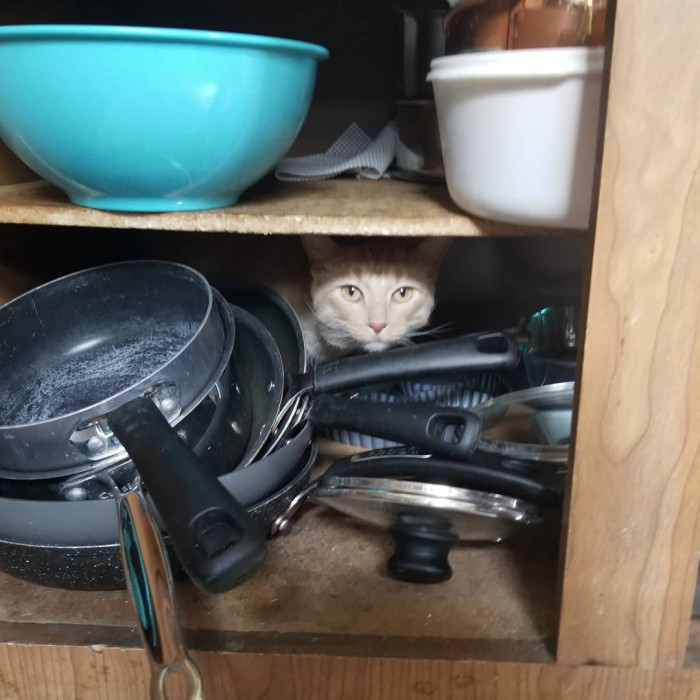 5. He shouldn’t be taking a casual walk on the washer sink. 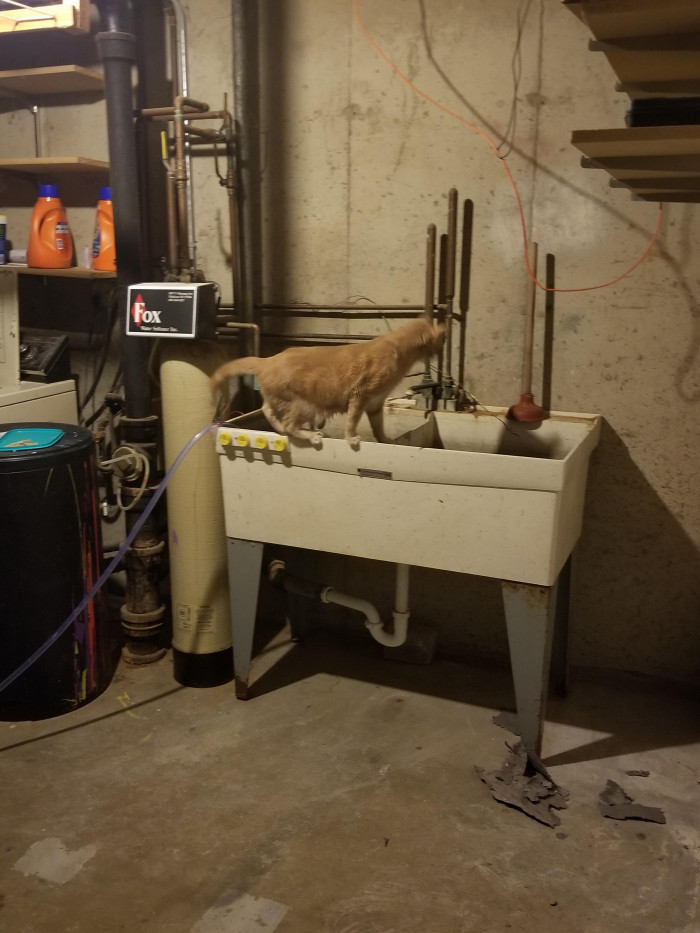 6. Or sit completely hidden in a box.

7. He should not hide under the bed.

8. Or lurk in the canned goods.

Oliver is now officially our favourite cat. He is the hero of all the cats that are being told not to sit on the couch or look into the fridge. Oliver doesn’t let anyone tell him what to do and he does not let anyone kill the explorer in him either. We should all be more like Oliver. Scroll down below to see more of Oliver’s little adventures:

9. Oliver shouldn’t be checking out the utensils. 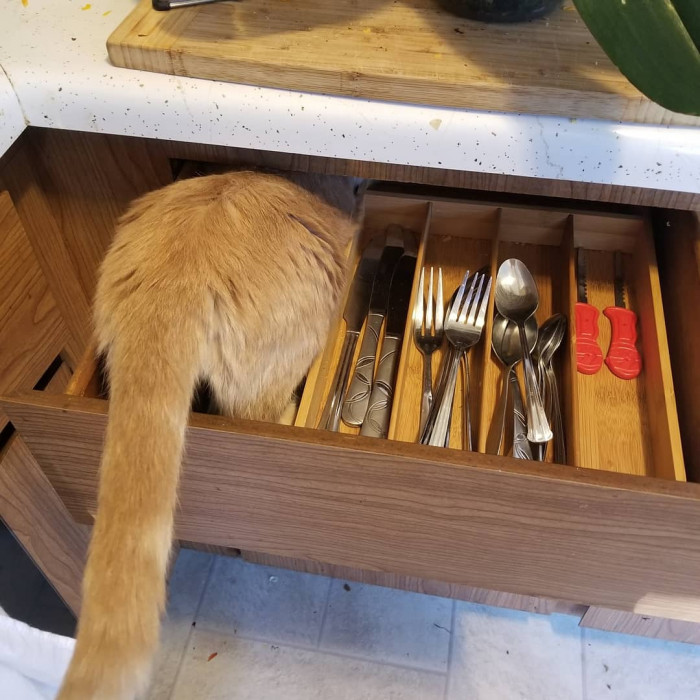 10. Or watching over the house from the cupboard. 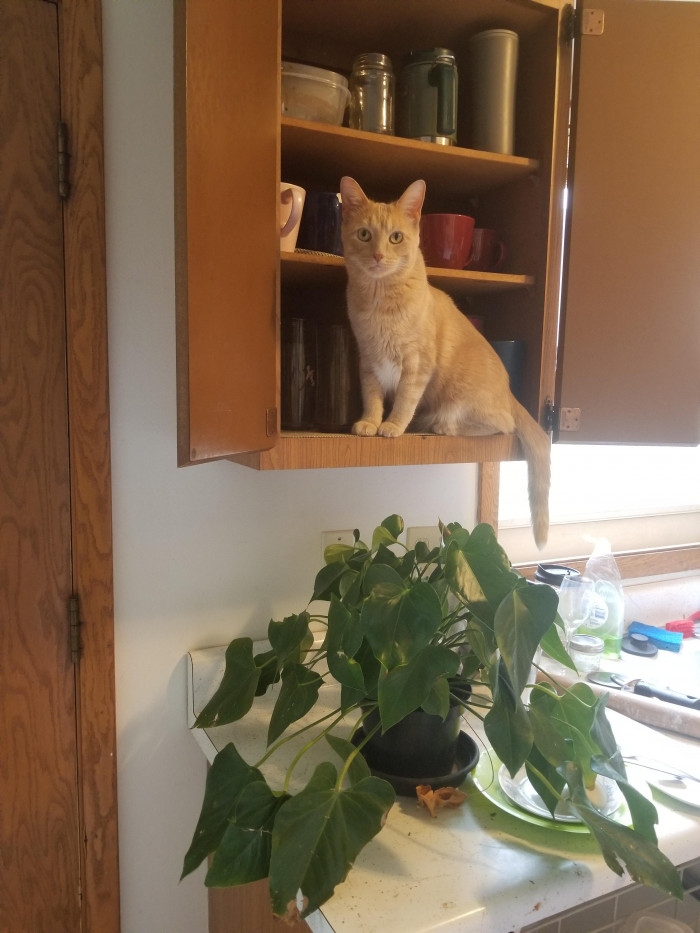 11. Or chilling in the bread machine.

12. Sitting behind the kitchen aid. 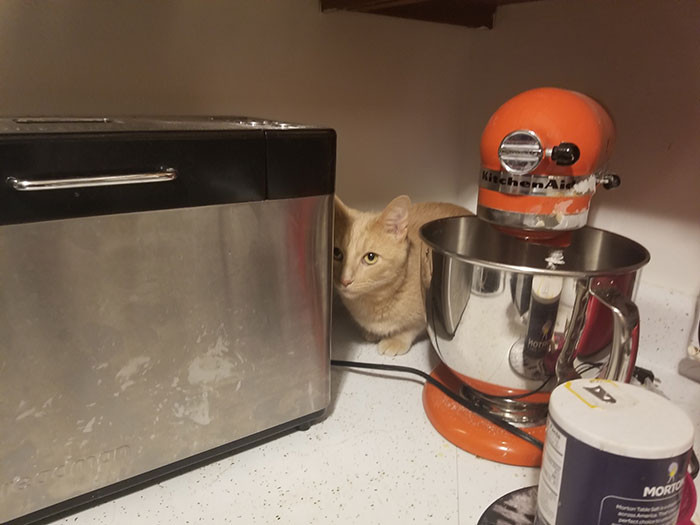 13. Someone wants a spin in the washing machine. 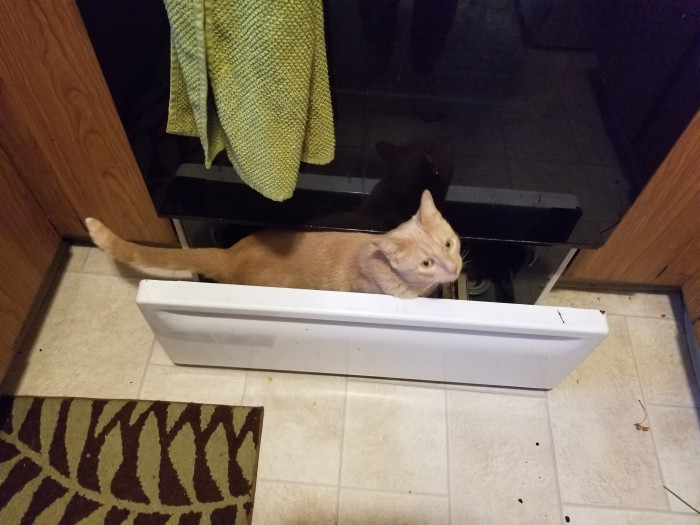 15. Or just posing on a pile of random things. 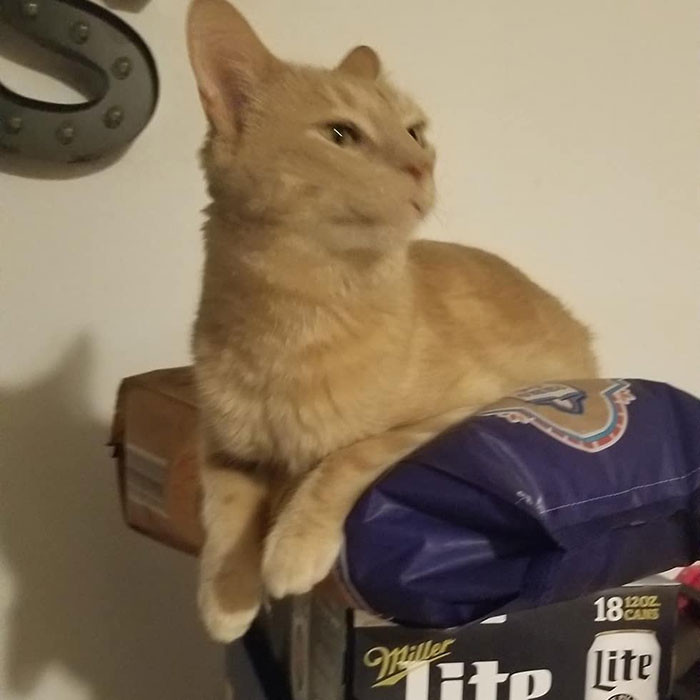 16. Oliver wants to help with the dishwashing. 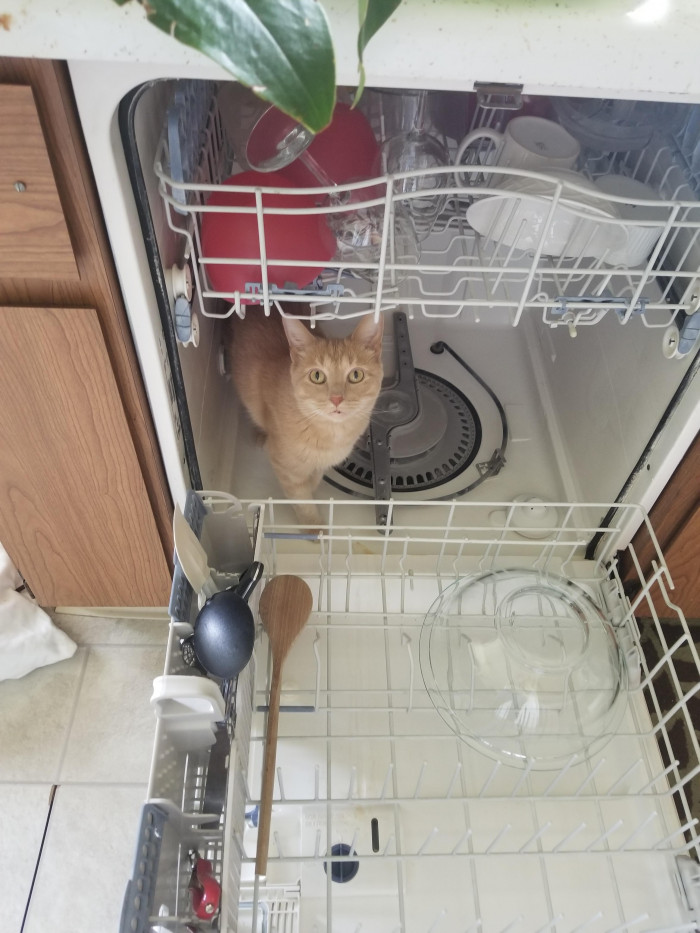 17. Saying hi from the cupboard.

What do you think? Is Oliver a good cat? What unusual places have you found your cat in? Let us know in the comments below!