I thought dowry was a thing of the past.

Don’t get me wrong, I am well aware many eastern countries still hold the belief that a dowry is necessary but that goes along with their sexist point of view when it comes to women. However, I wasn’t aware it was still a thing in western countries as well. Honestly, it is so out of the bounds of a normal thing that most people wouldn’t ever consider it happening to them.

This girl definitely did not find out for 7 years while she was in a relationship with him that he would be like this. I am not saying being a stay-at-home mom is a bad thing but everyone should have a choice. Some people like to work even if their ‘husband can provide for them’. In the 20th century, everyone gets to have an opinion on their lives.

However, her in-laws thought they could make the decision for her.

The title sounds very misleading, you’ll understand once you read the whole thing. 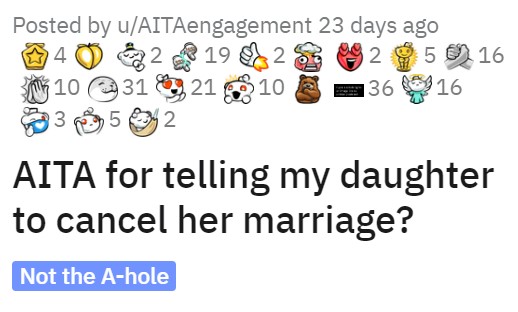 Everything wrong with society summed up in two simple sentences. 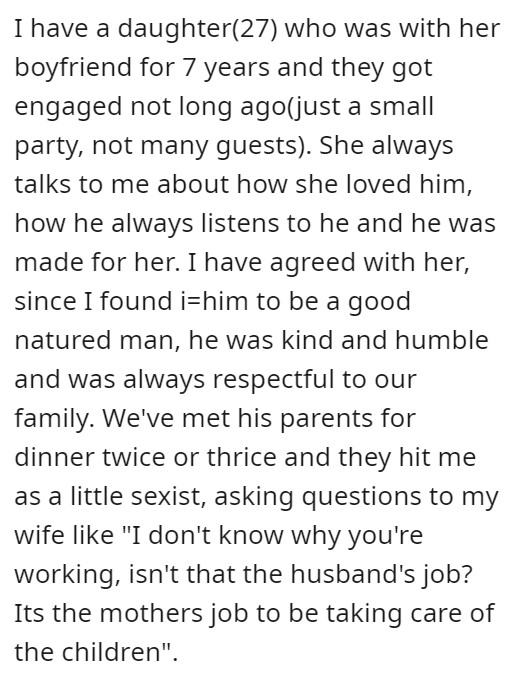 Who even expects this sort of thing in this day and age? 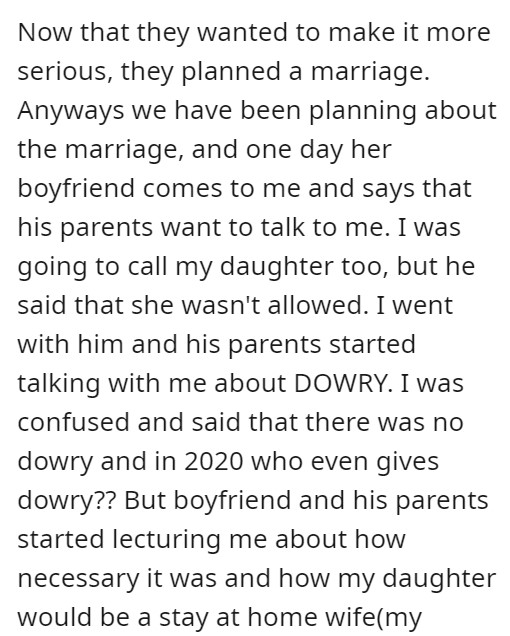 Good on her dad for not forcing her but giving her the option. 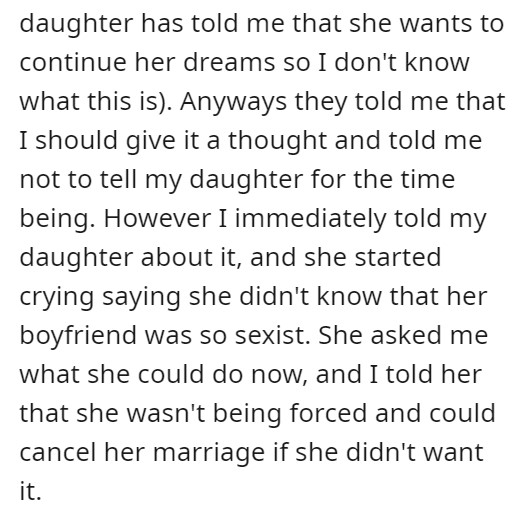 I can safely say you are definitely not in the wrong here in any way whatsoever. 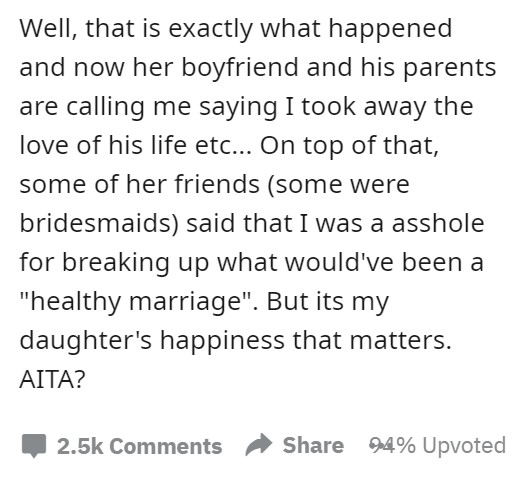 And it seems most people would agree with that sentiment. 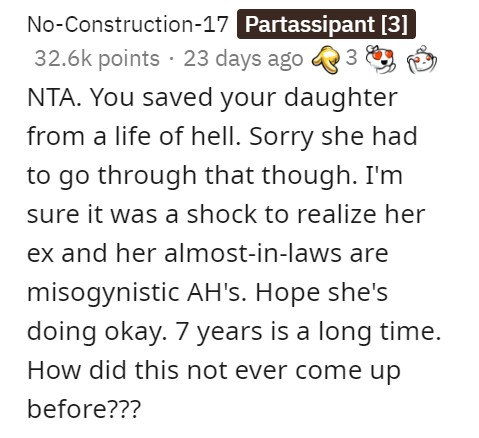 She could sense it but just didn’t want to believe it. 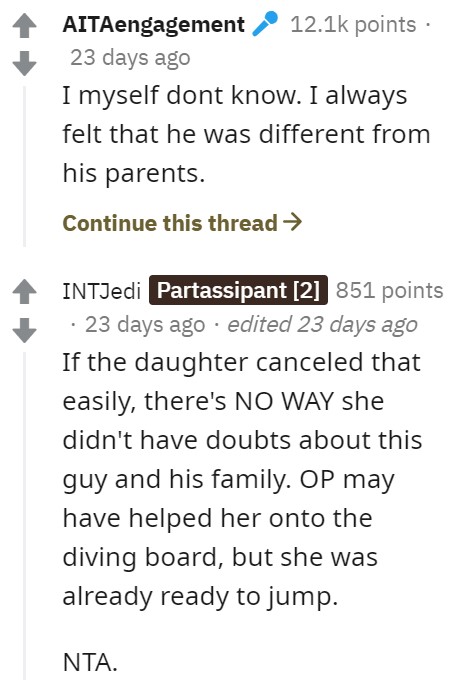 She needs to find new friends. 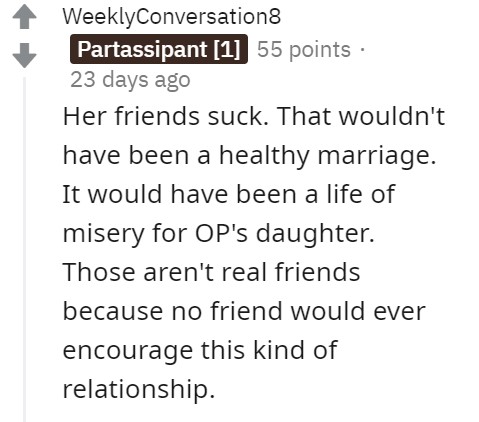 It will take time but it will get better for her. 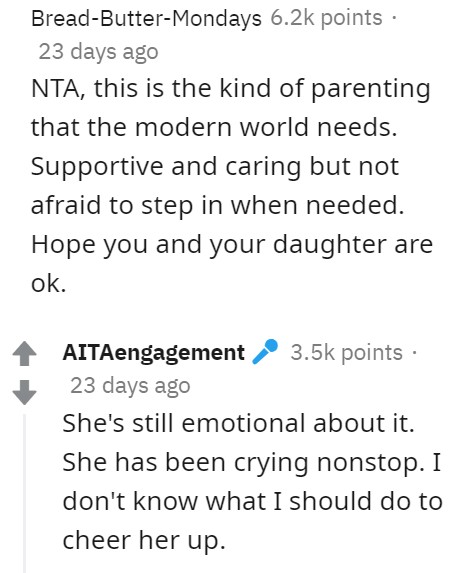 2) That talk of a dowry is just ridiculous in a twenty-first-century marriage that does not involve an exchange of lands or noble titles.

3) If they are going to demand a dowry, then at the very least their son should demonstrate he can provide for your daughter. Did he even do the courtesy of bringing a freshly hunted and killed elk or boar to the table in your Great Hall? –ForgottenTroll

They just wanted her to marry him unknowingly and then ‘get stuck’ with him. 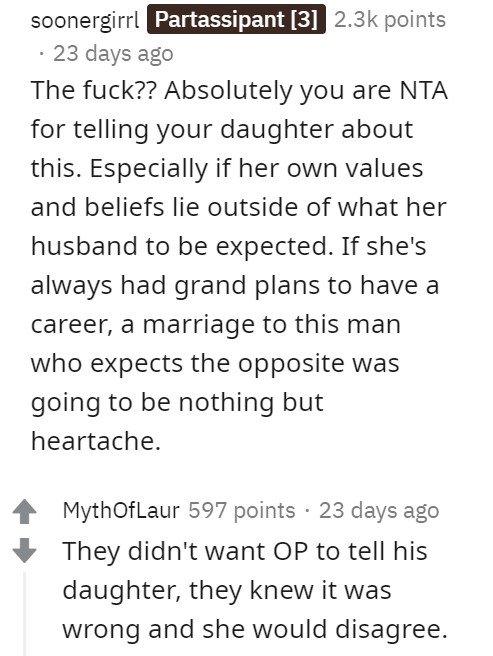 It is great you guys found out before the marriage. 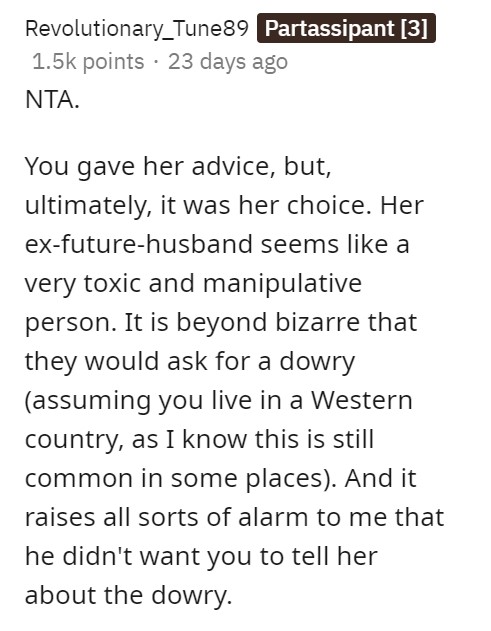 Have you ever had to deal with dowry in this day and age? if so what are your thoughts on it? Let us know in the comments below.