We hear so many stories where customers are just plain rude but still demand to be ‘treated with respect’ when they themselves don’t even know what that word means. You can’t be expected to be treated with dignity if you are not doing the same. And of course, there are the people who just want to manipulate the employees to getting something out of them.

Today we have one such story where the following guy apparently wanted a separate free room and went for it in a weird roundabout way getting progressively angrier as time went by. He knew what he wanted but the hotel staff didn’t want to give in to his absurd demands. He even lied about stains and the room being dirty but nothing was working so he changed tactic.

It seems so long ago but it feels like it was yesterday. 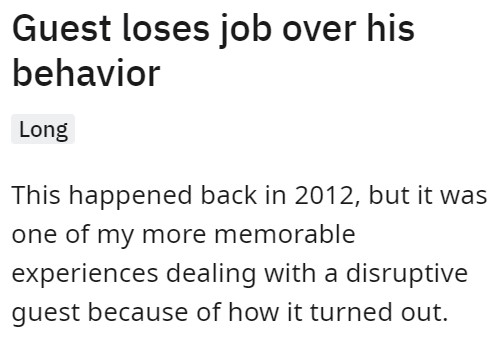 Sounds like a win-win situation for both the companies. 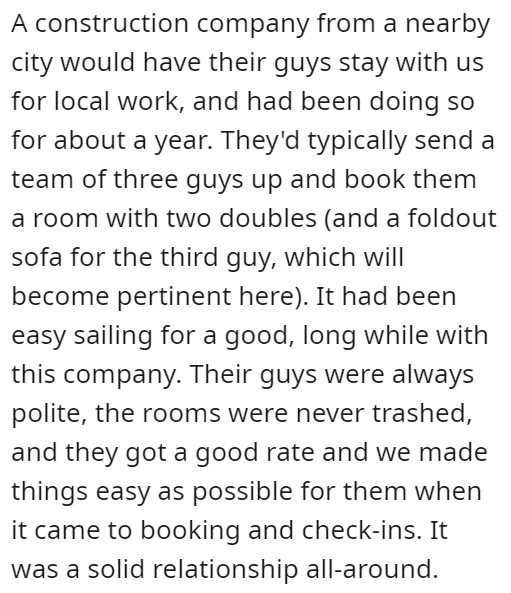 That is so very sweet to see people helping others get ahead in their respective jobs. 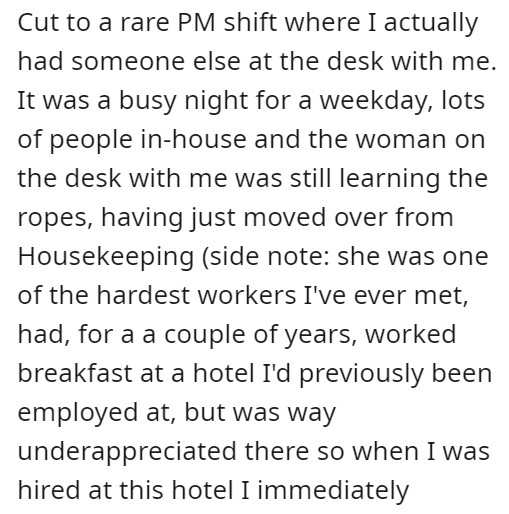 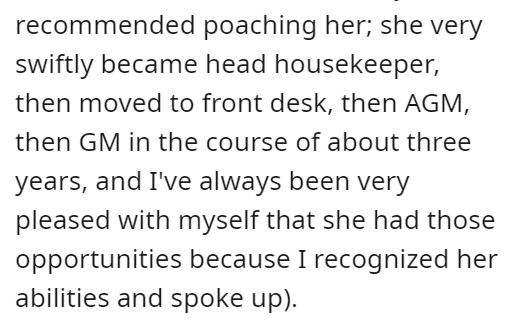 That is what most if not all hotels would offer. 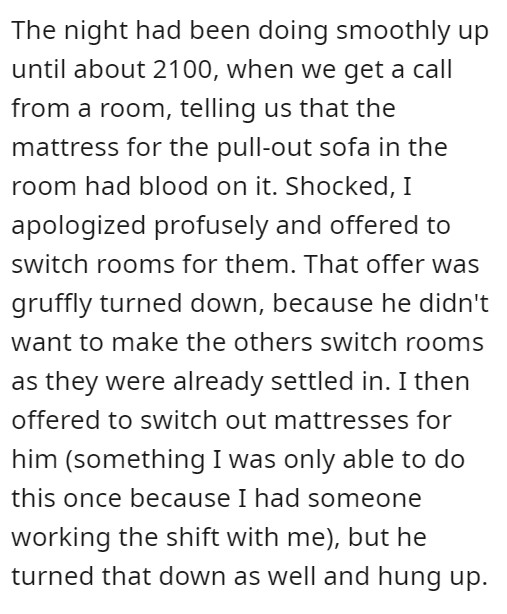 I can understand sleeping on a pull-out sofa is the most comfortable but what can you do? 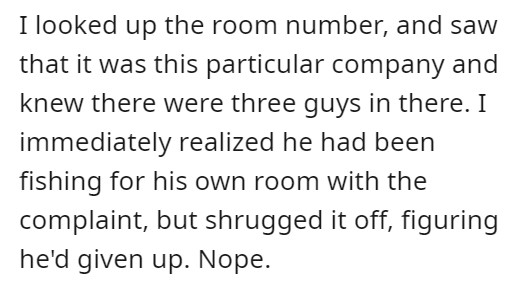 If he really is that uncomfortable, he can just shell out for his own personal room. 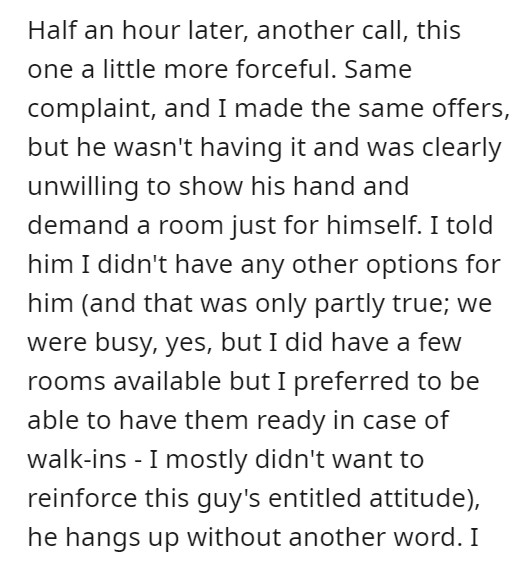 So then he resorted to yelling to get what he want which didn’t work either. 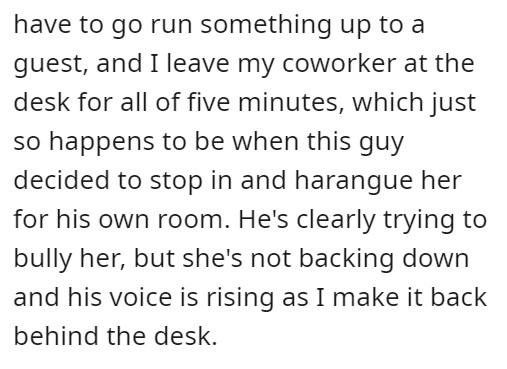 Appearance can matter so much in this sort of thing. 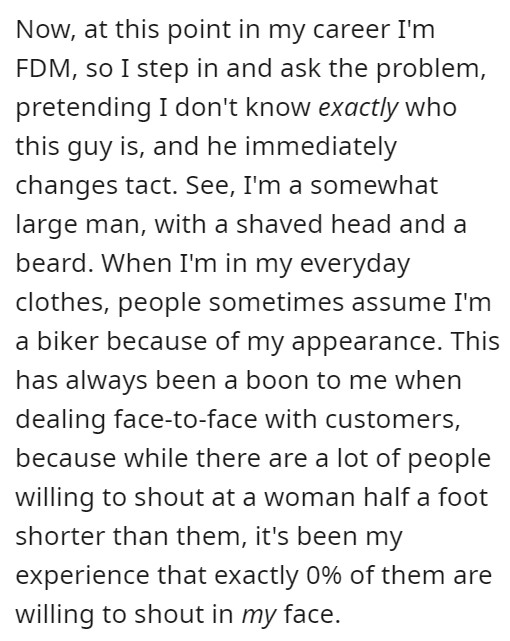 Generally, the blue-collar guys are mostly well-behaved. They know they’re staying for work, and they don’t want to get in trouble when they are easily replaced. After a hard day of work, they just want dinner and a beer, maybe a smoke. If the foreman has to get involved, it’s not going to go well for them.

This is especially true if your hotel is accepting them as part of CLC. So few hotels accept it that the foreman doesn’t want to have to explain to the company why they can no longer have the super-low rate at the nice hotel closest to the job site anymore. Better to drop one troublemaker than have to hold an entire logistics meeting about new lodging. –Sharikacat

But this when things took a ‘loud’ turn. 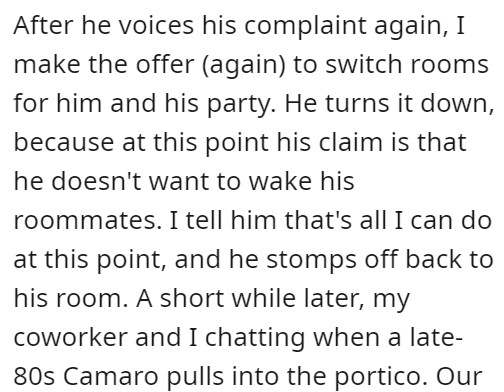 It seems he was quite a dumb man. 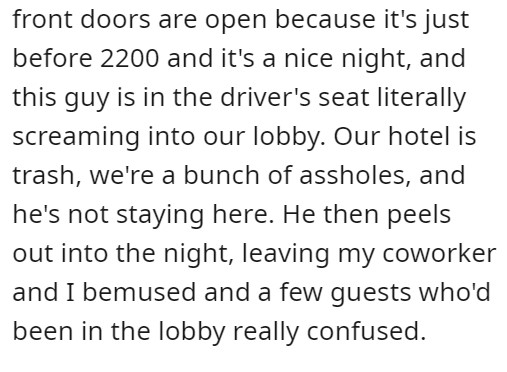 I feel bad for his co-workers to have to deal with a person like that. 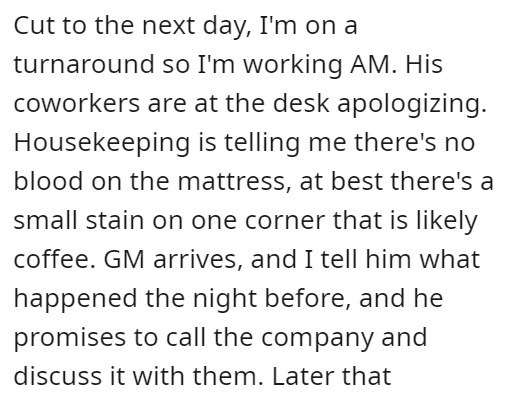 It rarely happens but when it does, it tastes so sweet. 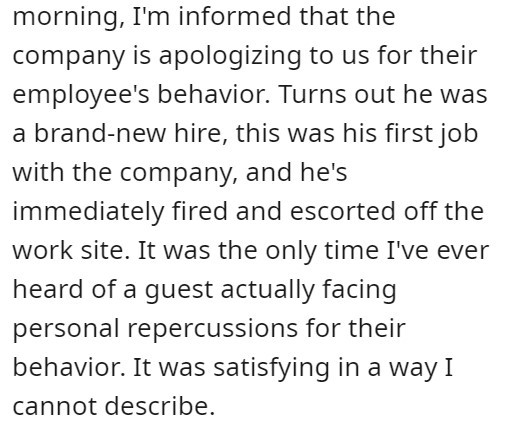 But things didn’t just end there. 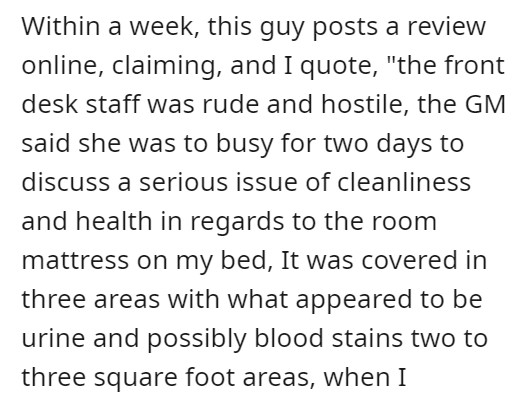 He just had to leave a false review as well. 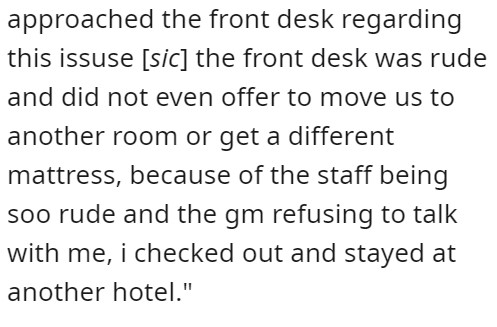 They just want to feel good about themselves. 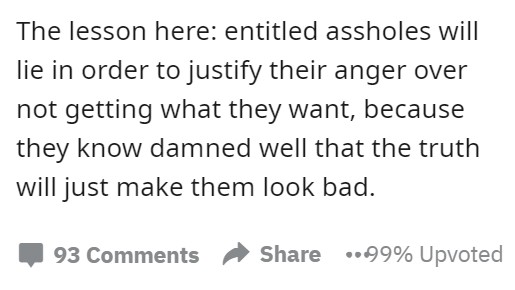 I actually once had a guy ask me at check-in once if he could get his own room. I said, well we do have availability but your room won’t be on the master. He said he didn’t care, took out his credit card, and booked it.

When I worked in Wausau some trucking companies in the area got bought out and they used us for training/orientation for all the new hires and people who were staying on. The senior person there told all of us we were to expect zero harassment from any of the truckers and to call them immediately if any started up. They wanted to weed out the harassers because, as they explained, if they acted like that to us, what were they going to act like on the road? –mesembryanthemum