Karens are taking over the Internet.

This may sound d like an overdramatization but I swear that wherever I look, I find hundreds of stories about choosing beggars and Karens being entitled, rude, and just generally awful people. I wish I was making this up but we are somehow finding a lot of Karens in the wild as well and people keep posting youtube videos of these people. Perhaps it is because of the media that these instances are being shown on the internet or maybe the Karens really are increasing in number which is a frightening thought.

Now I am using the word Karen and choosing beggar interchangeably because to me it really is the same. Usually, a Karen is also a choosing beggar while also being incredibly entitled. And I think this fits the theme of this story quite well. I mean, I understand people wanting a refund when the product you bought is not up to par but what this woman did is just too much. She didn’t even contact the seller to work it out before charging the refund.

Honestly, it was just blown way out of proportion by this entitled Karen. You can read the whole conversation between the seller and the Karen by scrolling below. 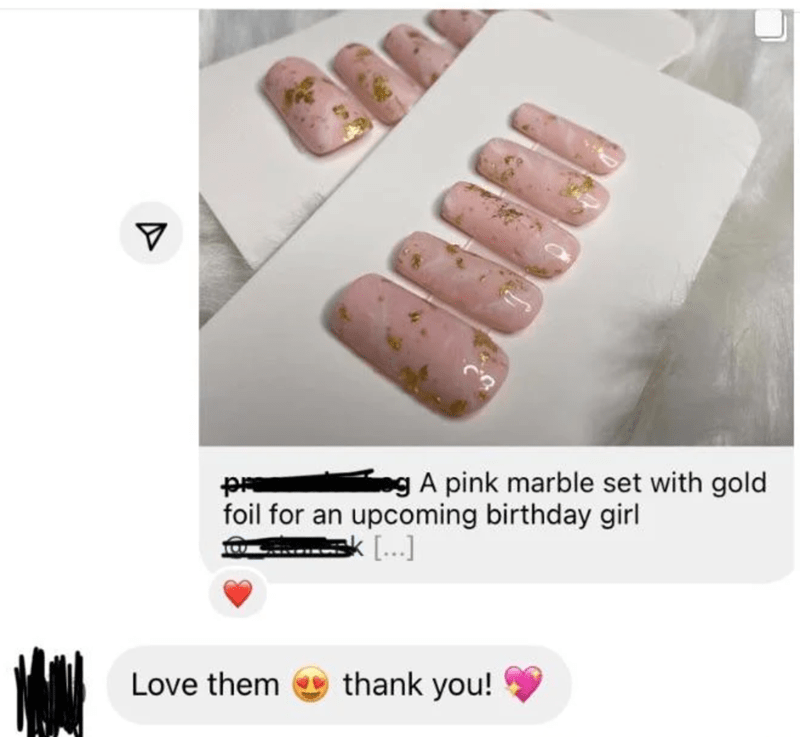 And It really does look beautiful. While I would personally not wear this set myself, I know it would look good on most people’s hands which is saying something. And it is clear that the seller spent a lot of time creating the perfect mix of marble and gold.

However, things quickly turned sour when the seller realized that the woman had charged for a refund. 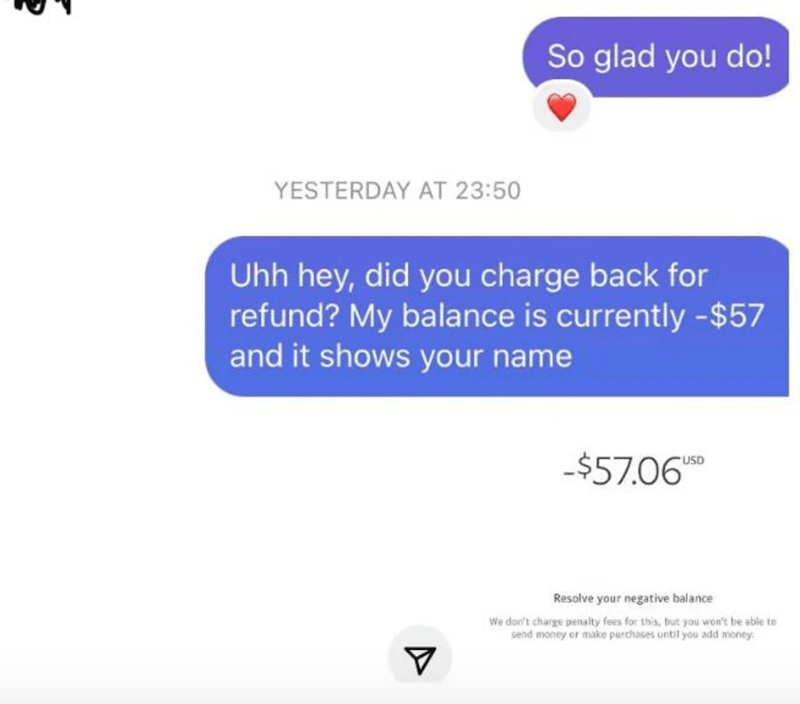 Karen was quick to answer as she explained how the product wasn’t good and that is why she is charged for a refund. 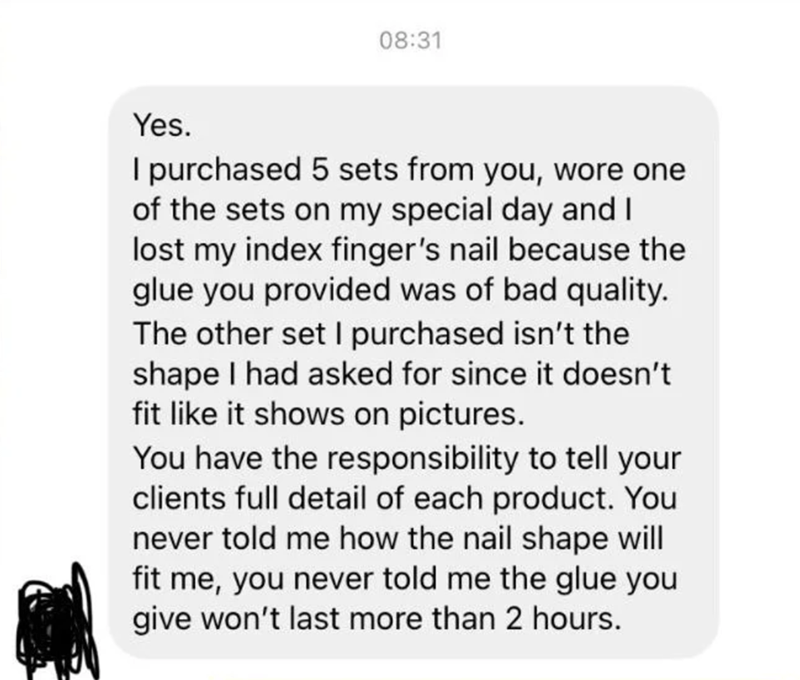 There was also the response from the seller where she explains that she was not in the wrong and the customer should be held responsible in this instance. 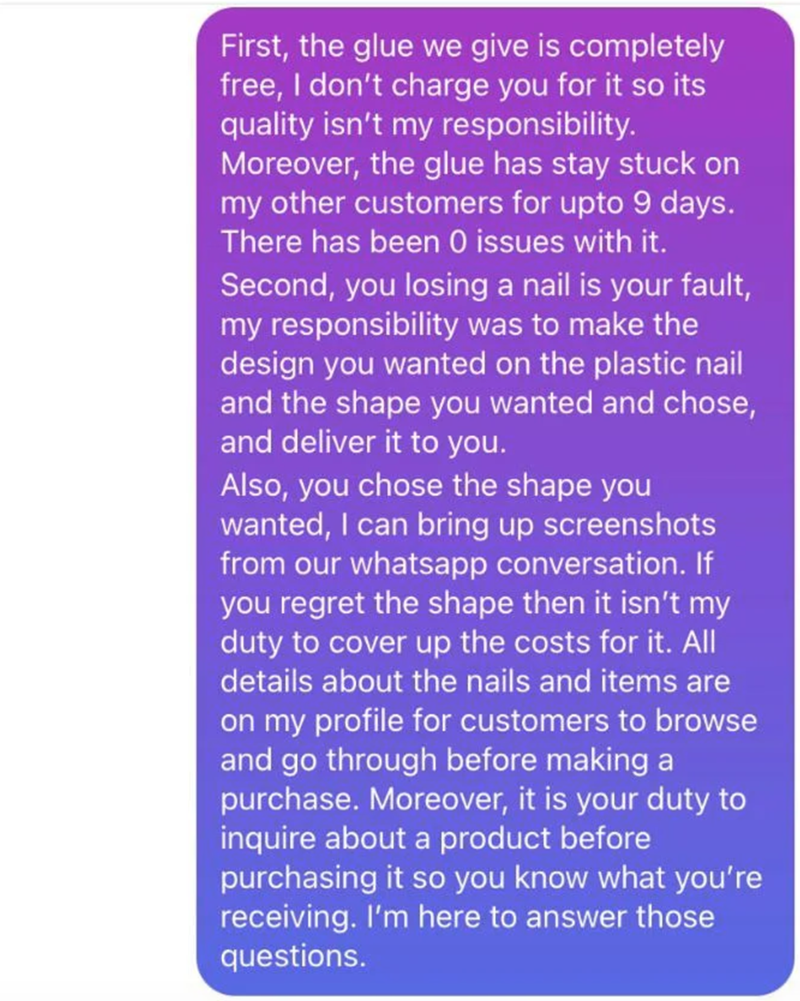 Not only that but Karen had charged for every set even though she had said that she liked the others. 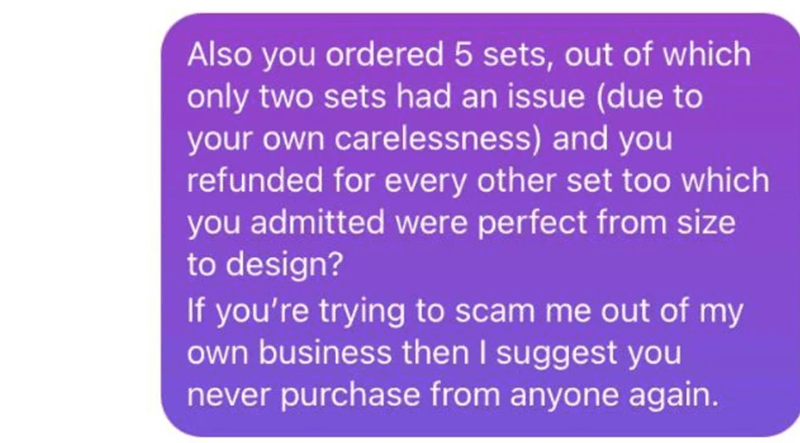 However, this is when the choosing beggar started with the customer is always right spiel which is just wrong on so many levels. 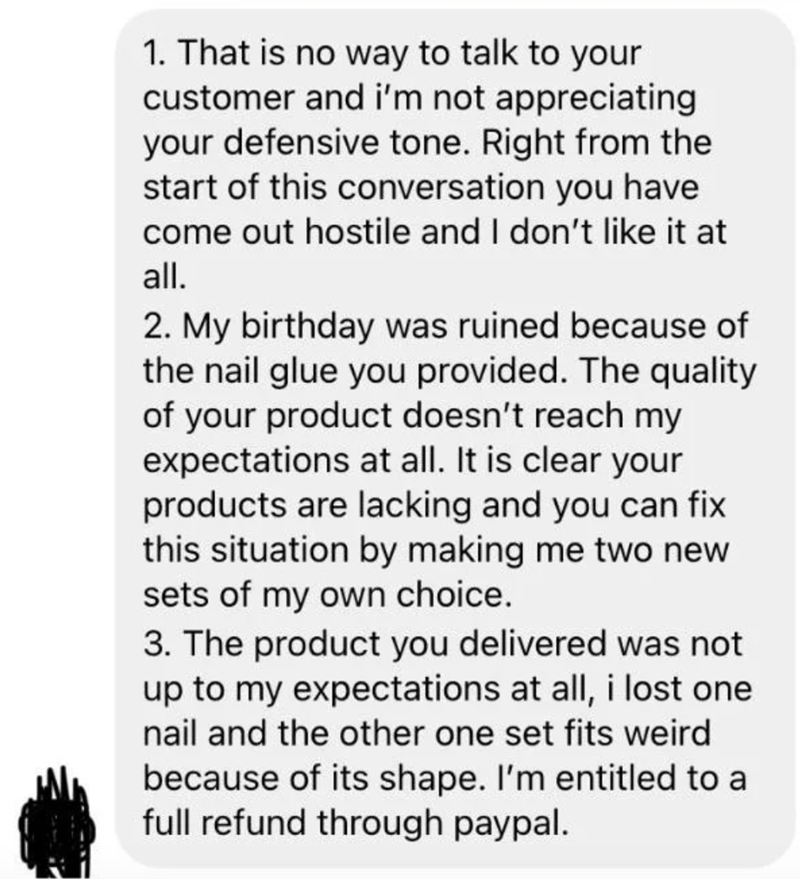 I don’t understand what this Karen was thinking. Did she really think that after stealing all the money, the seller would make her two free sets, and for what? For exposure? I know we should all be calm and patient but this just makes my blood boil because we all know people like these never learn.

People in the comments obviously had the seller’s back.

Most people recognized that it was all the fault of the application rather than product.

Some people even offered to help so the person can get the money back.

Customer is not always right and they need to learn that. 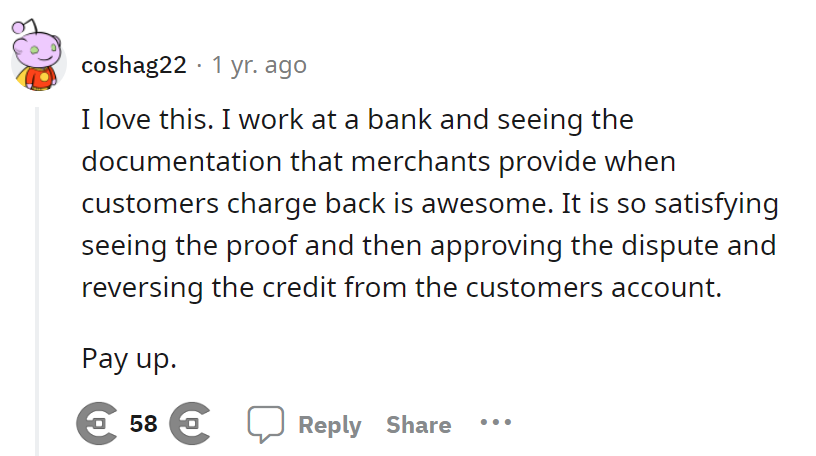 What are your thoughts on this whole scenario? Do you think the seller should file for the charges when it comes to this woman? or do you think she should just let it go? Comment down below to let us know what you think.