Oh, God. These Karens are everywhere.

When we all go out in public we try to avoid doing anything that will attract the crowd’s attention towards us. We stay discreet to avoid being embarrassed in front of hundreds of people and becoming their laughing stock. Especially, when we take public transportation. There are all kinds of people in public transportation and that includes some Karens too. That one person is what we need to be aware of the most because they are always up to causing a commotion and troubling innocent people. They love to embarrass other people along with themselves.

We came across a similar story of a guy whose train seat got stolen by a Karen. He had a reserved seat, he paid for it but the Karen refused to get up and let him have his seat. The guy too did not give up, he wanted his reserved seat back and he was not going to leave without having it which resulted in a heated argument between the two. Many people judged him badly and blamed him for causing a disturbance, the confused guy ends up posting the whole ordeal on Reddit to ask the opinions of the strangers on his situation. Keep on scrolling down to read the whole story in detail and read the comments of people sharing their thoughts on this…

1. So, it starts here. Firstly, he explains why his train got delayed. 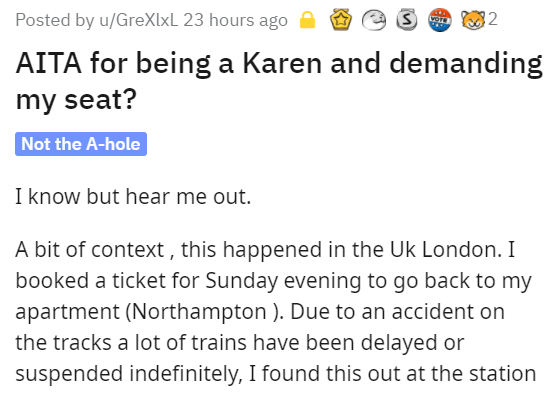 2. Then he talks about getting another ticket. 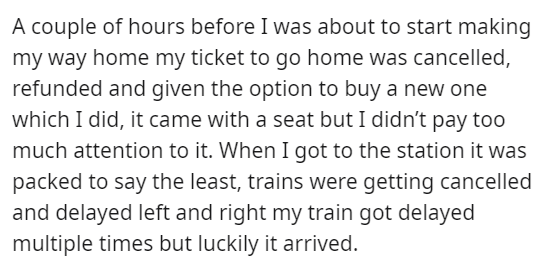 3. He goes on to explain his encounter with that Karen lady. 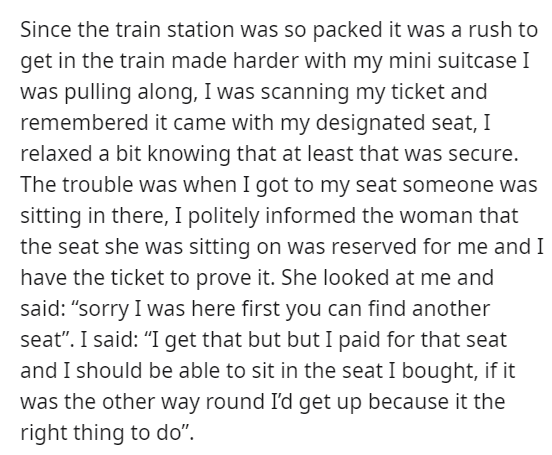 4. Passengers around him blamed him for doing the right thing. 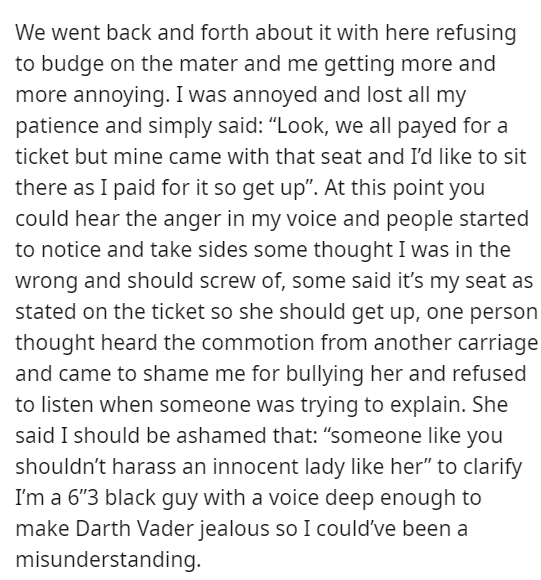 5. He finishes off his story and asks the strangers on Reddit their opinion on this whole situation. 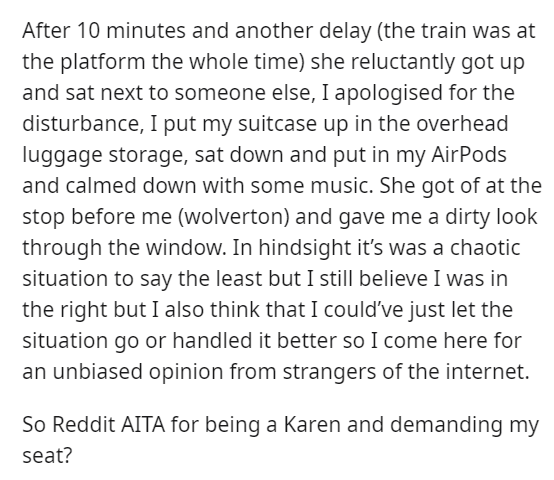 I believe he definitely did the right thing. To be very honest, I think I would have done the same if a person was so stubbornly refusing to get up from the seat that was reserved for only me because I paid for it with the money I earn through hard work. Can you imagine how enraged and frustrated that guy would be to get stuck in such a horrible and mortifying situation? Just imagine yourself in a train station waiting with your luggage for your train to arrive after it gets delayed multiple times then you finally get into the train, you find your reserved seat taken by another person and they argue with you over it for so long, refusing to let go. Not to mention, all of the passengers looking at you and some blaming and shaming you for standing up for yourself. I know you guys would have done the same because this is absolutely the right thing to do. You should not let anyone overpower you, never take no for an answer, always stand your ground no matter what and never let people walk over you. Keep on scrolling down to read the opinions of the people of Reddit about this situation…

Here is what people had to say about this…

7. That was such a horrible thing to stay to someone. 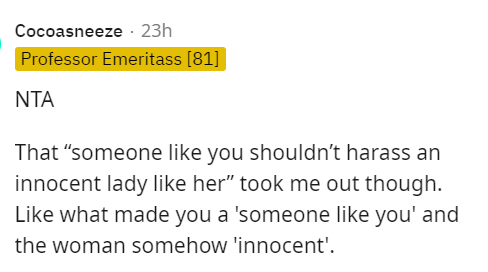 8. Duh! Common sense but sadly most people lack it.

9. Now, that was really helpful. 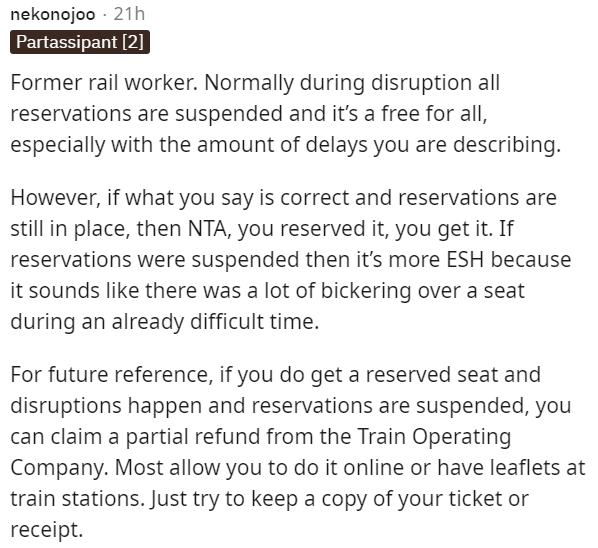 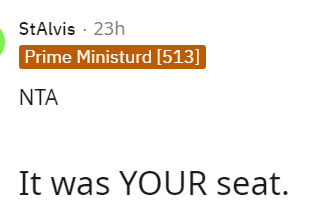 12. People really judge a book by its cover and it is so annoying.

14. He definitely did the right thing. 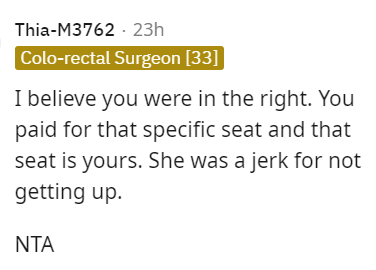 15. Really, he has nothing to apologize for. 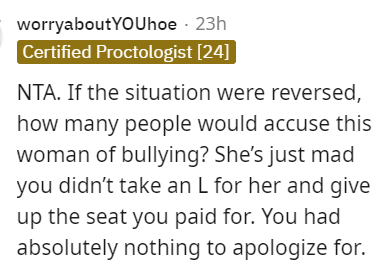 I personally agree with all the things that guy said, I do not think he did anything wrong, I agree with each and every comment as well. We would love to hear your opinion on this matter. Has anything similar to this situation happened with you? Have you ever had an encounter with a Karen? Share your opinions and your Karen story with us in the comments down below…