Animated moviemakers find it hard to strike the right balance for all audiences.

If you make your 6-year-old kid watch Shutter Island or Inception, that stuff will fly over the top of that kid’s head. The references, the plot, the suspense, the jokes, none of that is made for kids. Such movies are made for adults and only they understand what’s going on. Thinking about the target audience is very important before you even start on a project, as a moviemaker. You have to have a clear idea of who is going to watch this movie, which age sector is this film going to be for. And then you create a plot, the references, the jokes, and the storyline accordingly.

Animated movies have been a major success and in recent times they are literally taking over the whole movie industry. Everyone enjoys a nice animated film. Animation studios have noticed this growth in the market as well. Previously, they used to only target kids and would make animated movies accordingly but now, with the opportunity right there to grab, they are making movies that target both children and adults. Now what’s important here is to strike the right balance and it is very hard to do so. As a producer, you do not want to make a movie that is too kids-centric or too adults centric. Be it a TV show, cartoon, or a full-fledged movie, the high potential of generating revenues often get the studios to make this mistake They end up making projects that are too focused on the adult audience and all the jokes, references, and twists just fly over the top of the kids’ heads.

Today, we are going to take a look at some cartoon projects. We will be showing you guys 1 episode each from 15 famous cartoons, that you have probably watched, that the kids would never understand. Whenever we use the word “cartoon”, we tend to associate kids with them. But unfortunately here, these cartoons were not for them.

1. In Zootopia, there’s a scene where the main character goes to a place where all the animals living looks like moles. One, Mr. Big was a particularly aggressive one. That character was a direct reference to Vito Corleone and the scene to The Godfather. 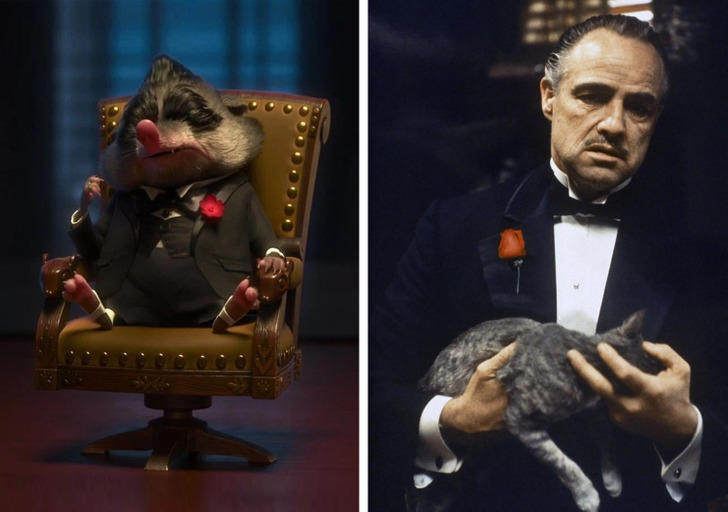 2. In the scene from The Little Mermaid when Ariel is checking out her collection, she can be seen looking at a painting of a woman sitting by a candle with a skull on its lap. This is “Magdalene with the Smoking Flame” by Georges de La Tour. Not something you show in a movie made for kids. 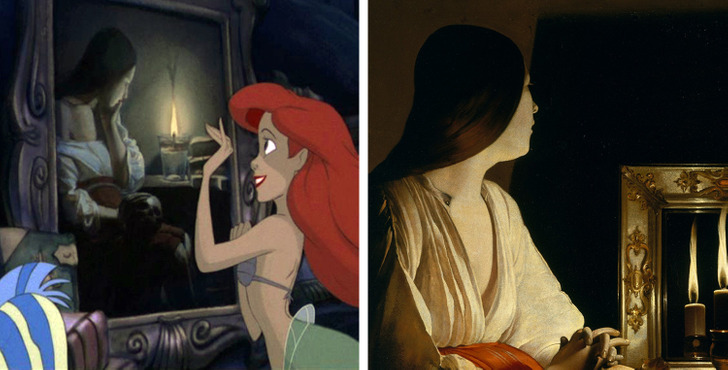 3. In Aladdin, Genie was seen doing a lot of celebrity impressions. The celebrities chosen were pretty old and unrecognizable for the kids of 1992. 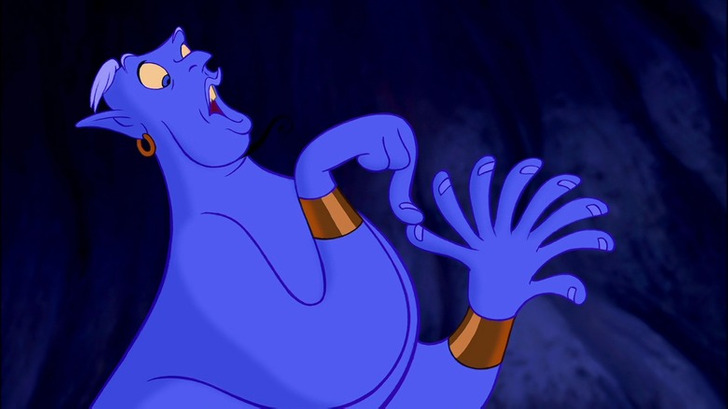 4. In this scene where you see Bolt holding Mittens, a bus passes by with the number 2525 printing on its roof. This is a direct reference to the main bus with the bomb planted, in Sandra Bullock’s movie Speed. Kids wouldn’t have gotten this one.

5. In the movie Wreck-It Ralph, Ralph hits King Candy when he says “You wouldn’t hit a guy with glasses.” This was an exact reference to a scene in 1989’s Batman when Joker says the same lines and Batman still hits him. 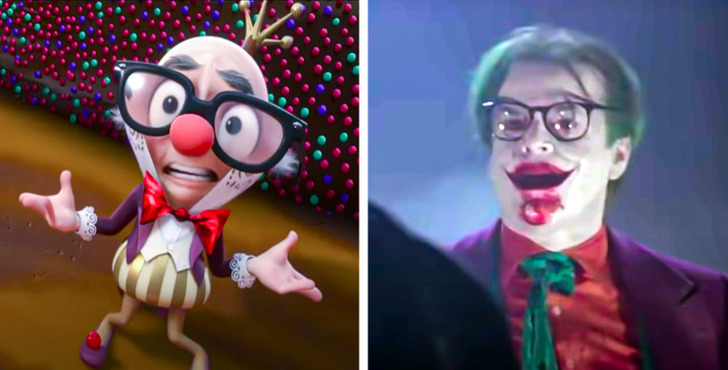 6. In this scene from Sherlock Gnomes, you can notice a truck with a big label saying “Sherrinford Shipping Company”. Before our favorite detective became Sherlock Holmes, Sherrinford was the name given to the character by Conan Doyle.

7. This character named Skinner, from the movie Ratatouille was actually named after an American psychologist famous for his experiments on rats, Burrhus Frederic Skinner. A kid wouldn’t know all this. 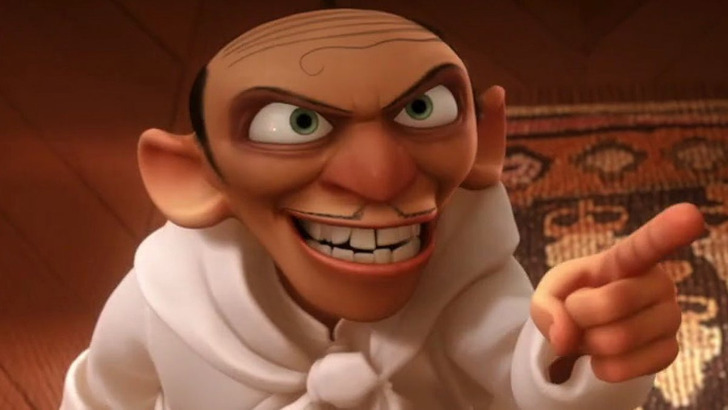 8. In the movie Kung Fu Panda, there are a lot of scenes in which we see peach trees and it was told in the movie that this is where the Oogway’s staff is made from. However, based on Chinese culture a peach tree symbolizes immortality, and its wood scares the evil away. 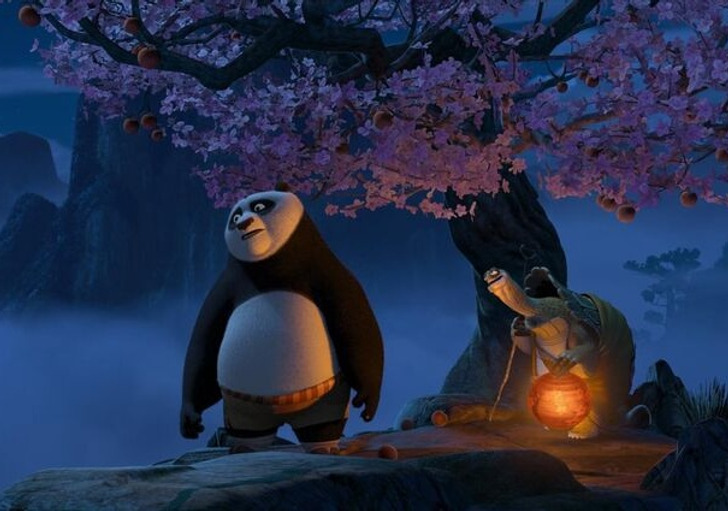 Are you getting all of this? I never understand the episodes we have seen so far when I was young. Now I get what they were trying to tell us. I am sure a lot of you are going to rewatch these particular episodes to see if this is what they really meant. Don’t worry, I will be one of you.

Let’s take a lot at some more cartoon episodes that kids won’t understand.

9. “Lots of people with big ears are famous”. This line by Timothy in the movie Dumbo, from 1941, was a reference to Hollywood star Clark Gable who also had big ears. He was regarded to as the King of Hollywood. 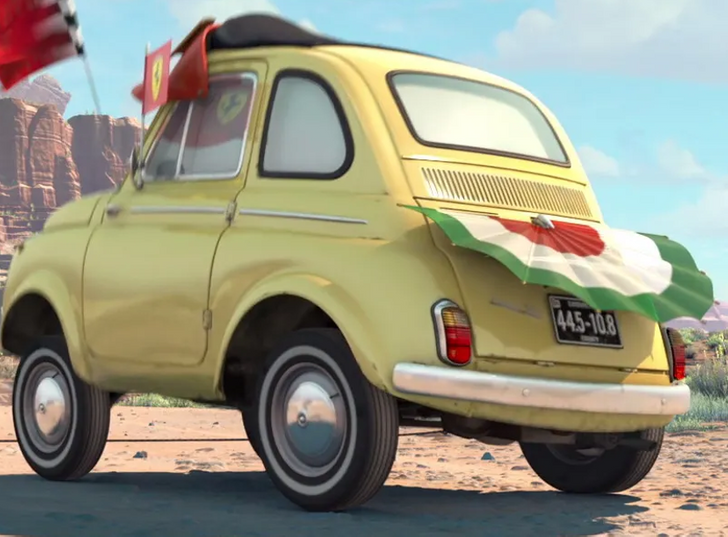 11. In the movie Minions, when the little ones are not allowed to enter the Tower of London without an adult accompanying them, they dress up as a tall lady and manage to pass through. In a scene on the bridge, a French Guy can be observed looking at something that a character shouldn’t be looking at in a kid’s movie. 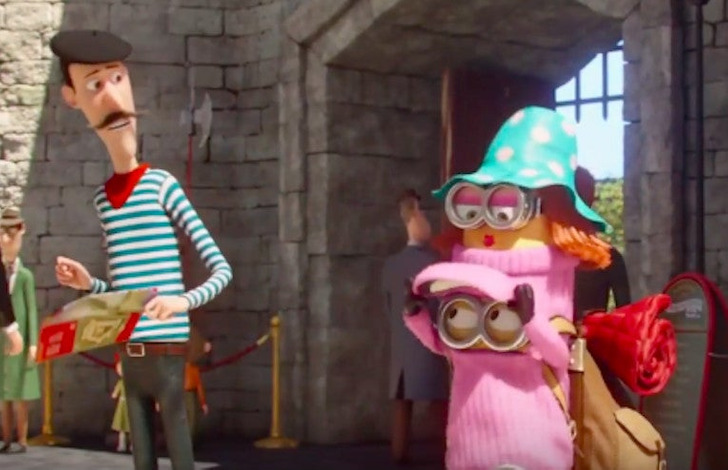 Via Minions / Illumination and co-producers

12. In this scene from A Goofy Movie, the Big Foot can be seen doing a dance to the famous song Stayin’ Alive. This is a reference to John Travolta doing the exact same step in the movie Saturday Night Fever.

13. The scene in Spirited Away where we see the cleansing of the Stink Spirit is actually based on the maker, Miyazaki’s personal experience. He witnessed the cleaning of a river that was next to his house. Among the trash under the river, there was also a cycle that was super hard to pull out due to all the dirt down there. This entire sequence was added as in by him in the movie.

Via Spirited Away / Studio Ghibli and co-producers