That are often instances where animated movie characters reminded us of Hollywood actors.

I always used to think it is a coincidence, a character from an animated movie looking exactly like a Hollywood superstar. It happens in real life too, you often see people walking down the street that does resemble someone from your social circle, something very natural to happen. So I just applied that same theory here and labeled it a simple coincidence. But here’s what makes things crazy, it is a coincidence but not always. There are movies where the character is actually inspired by a real-life Hollywood actor. The entire character is based on them and this is so freakin cool. I never thought they would break the fourth wall like this but they did. They work beyond hard to search for voice actors with a similar voice to the actual actor the character is to be based on, and then the graphics team works its ass off to create a somewhat funny replica of the actor but as an animated character.

Here’s a side-by-side comparison of some characters from animated movies that were based on real-life Hollywood characters. The resemblance is uncanny.

1. Prince Artie from the third Shrek movie was based on the actor with the sweetest vocals, Justin Timberlake. 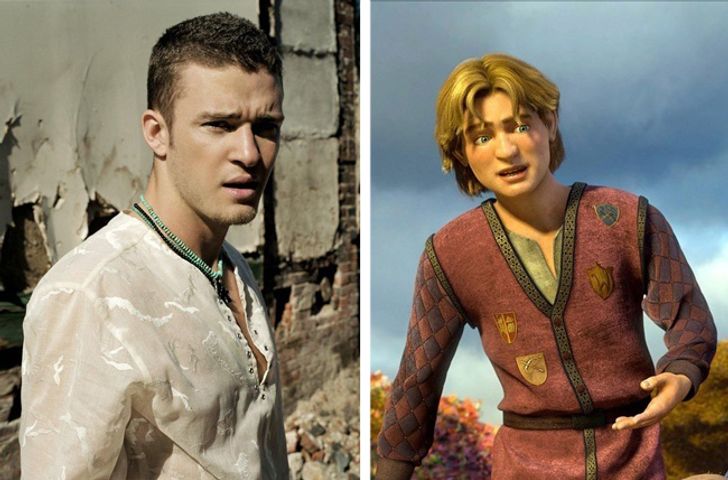 2. Melman the Giraffe from Madagascar was based on the funniest David Schwimmer 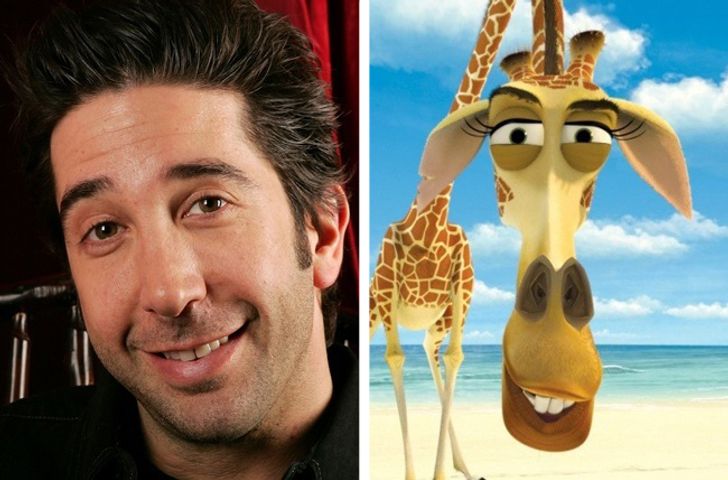 3. The Goddess herself, Angelina Jolie was the inspiration for Master Tigress in Kung Fu Panda. 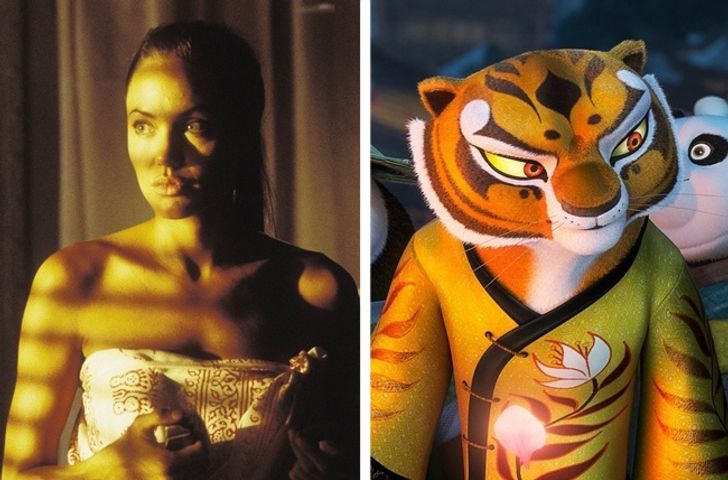 4. Susan Muphy from the animated movie Monsters vs Aliens was based on the gorgeous Reese Witherspoon. 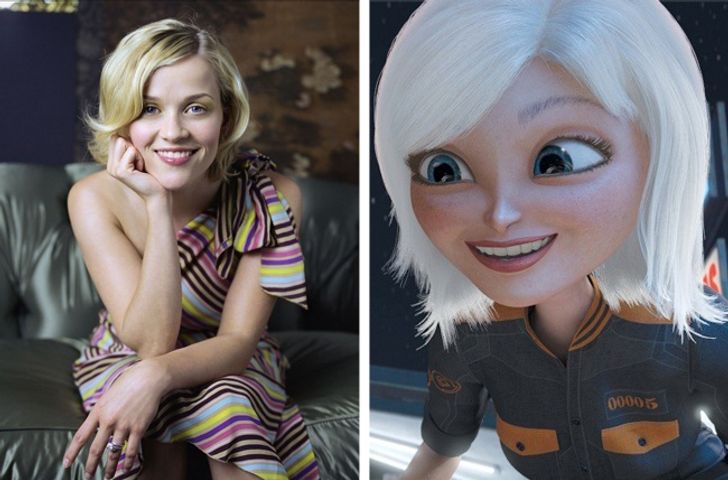 5. Roddy from Flushed Away was based on Australia’s best gift to Hollywood, Hugh Jackman. 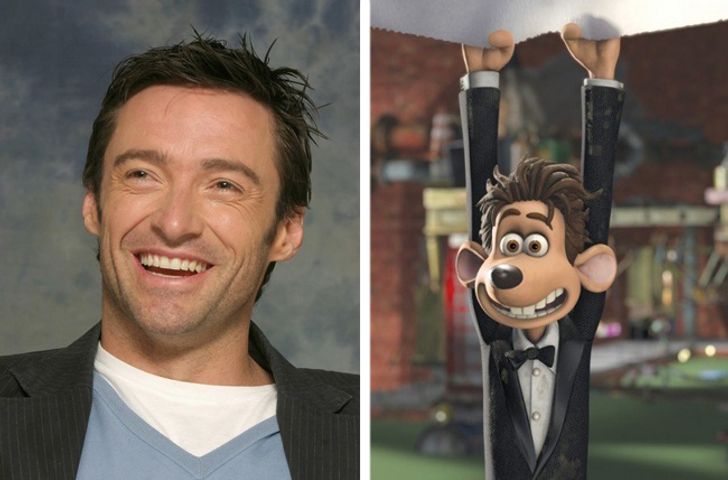 6. Antonio Banderas was an inspiration for the character Puss in Boots. 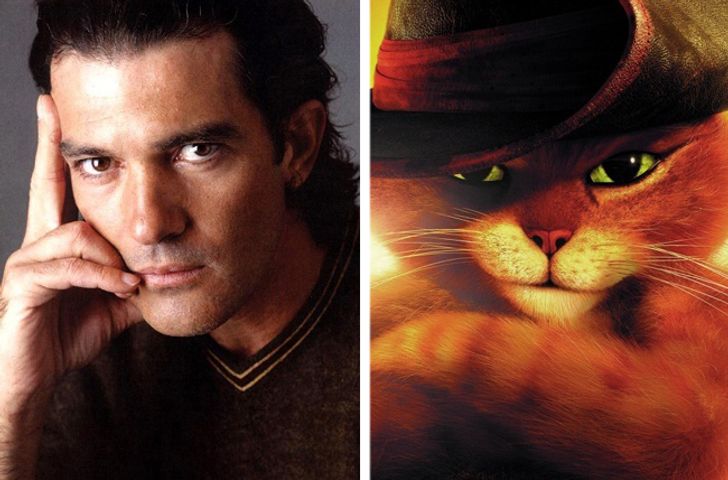 7. Megamind was based on the infamous Will Ferrel. You can fully see it. 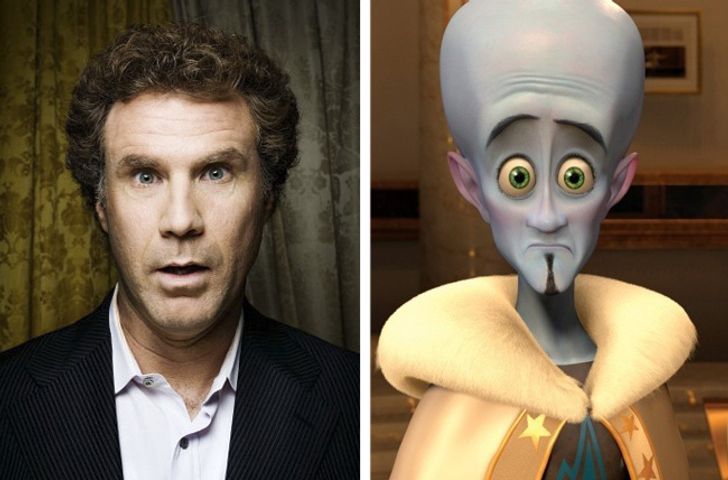 8. Guess who the Donkey from Shrek was based on? Our very own Eddie Murphy. No wonder the movie was such a success. 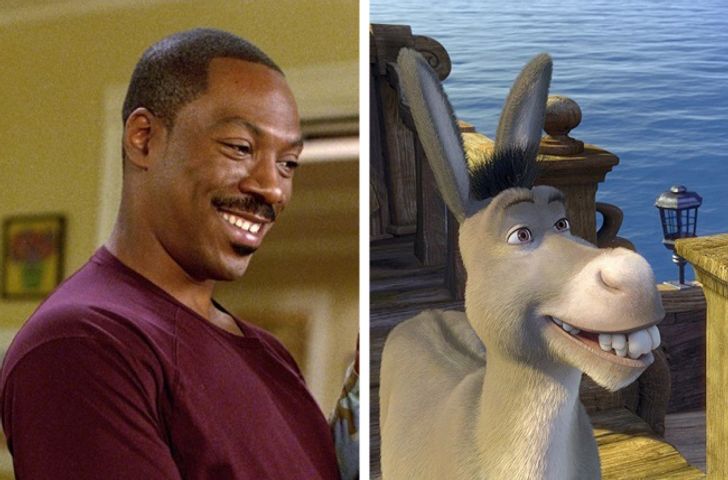 I am left speechless, they look so similar and I always used to think that meh, nice fluke whatever. But this is so amazing, the animation work is done in a way that there is a hint of the Hollywood actor in there that you can instantly pick up, yet they have a personality of their own. Just mindblowing.

9. Master Monkey in the movie Kung Fu Panda was based on the Martial Arts king himself, Jackie Chan. 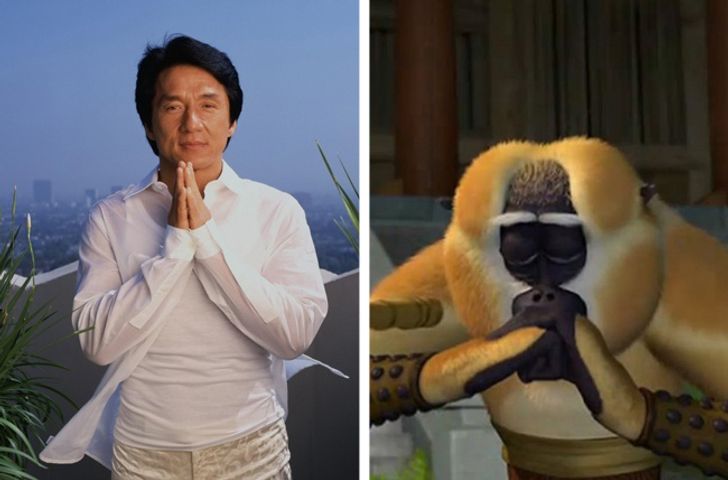 10. Remember General Grawl from the animated movie Planet 51? He was based on the Hollywood star Gary Oldman. 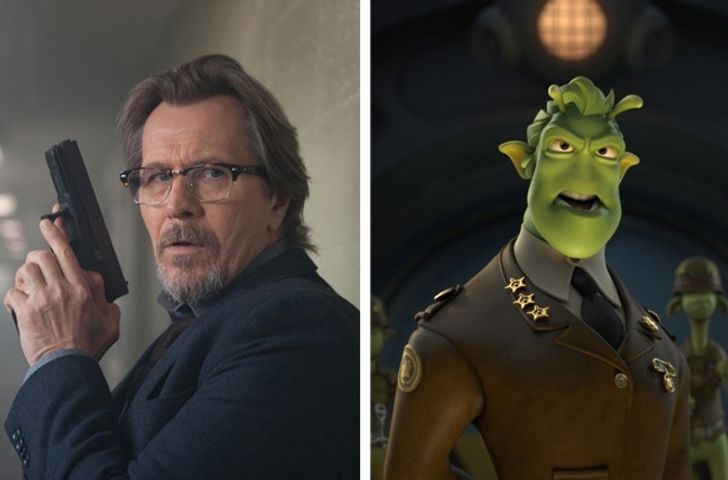 11. Dustin Hoffman was taken as inspiration for Master Shifu in Kung Fu Panda. 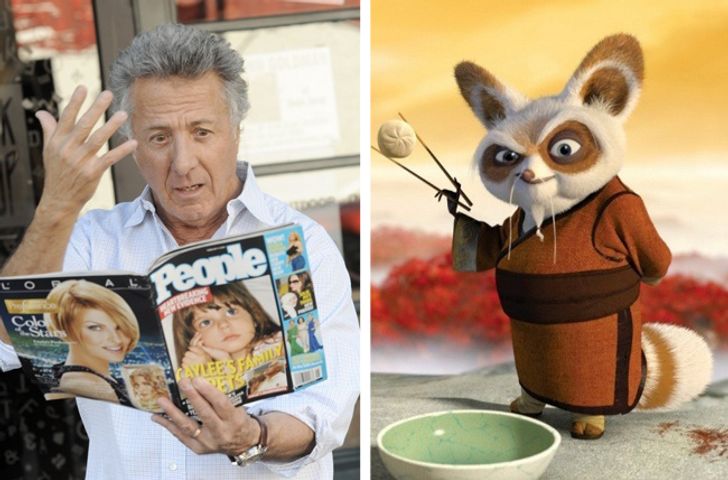 12. We all know this one, Woody was inspired and voiced by none other than the legend Tom Hanks himself. 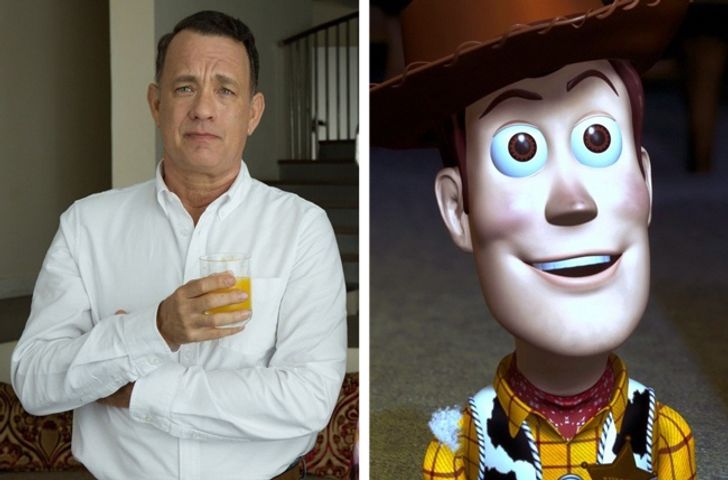 13. Metro Man from the movie Megamind was based on the charming Brad Pitt. 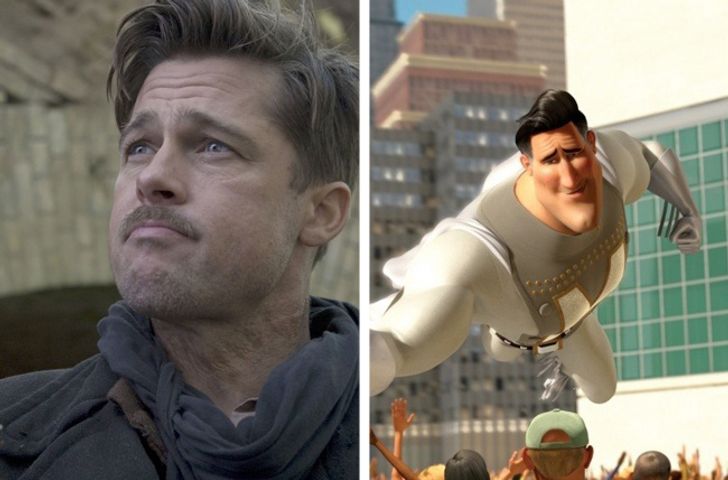 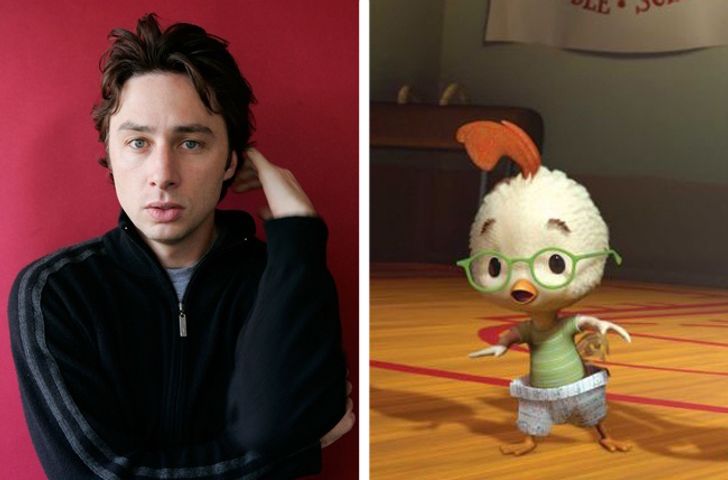 15. Another one for Angelina Jolie, the queen was also an inspiration for a character from the movie Shrek Tales, Lola. 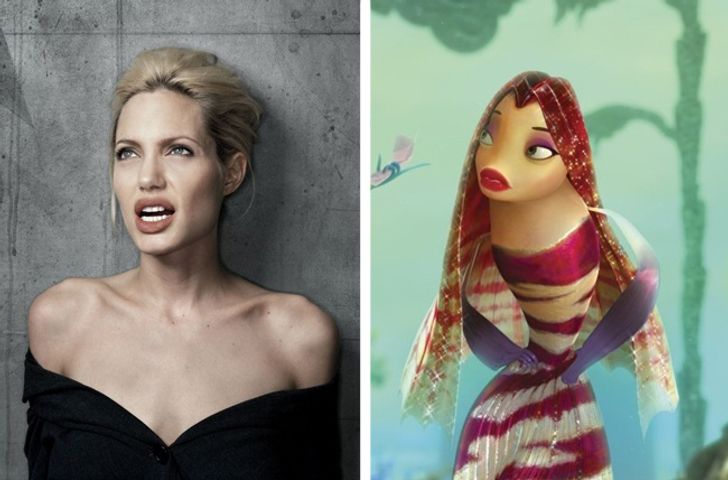 16. Snowball from The Secret Life of Pets was based on the most hilarious Kevin Hart. 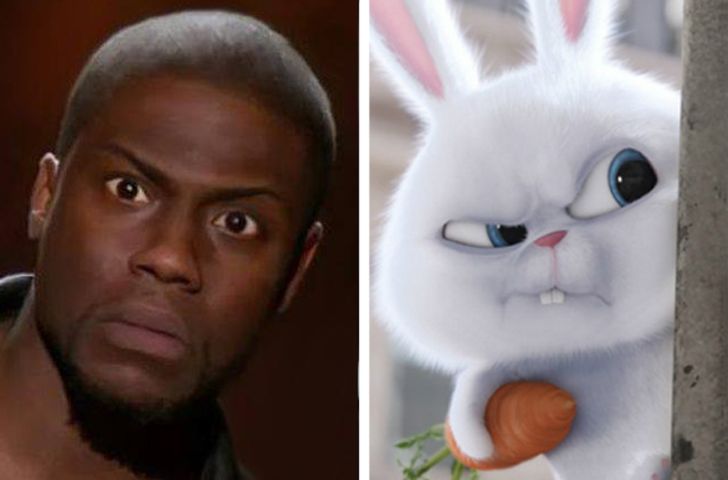 This is absolutely amazing, I now know that these were not coincidences but very well thought out decisions. Great job!

I really hope you guys enjoyed it. Share your thoughts in the comments section down below.