Horror movies can always cheer many of us up.

This may be a weird thing to say because, in most of them, we can see people getting their lives ended by horrific monsters but for movie fanatics, it is always a delight to see. Sure, you might feel sad when your favorite character ends up on the floor with an ax to their back but the surprise is almost half the fun. And artists know this. That is exactly why we have so many illustrations of villains.

Have you seen many people drawing humans characters from horror movies? I haven’t. You know why? Because it is always the villain the sticks with you and sometimes you will end up rooting for the monster just because of how cool they are. And also because it is much more fun to draw gruesome monsters than regular terrified humans.

And that is what we have today. However, we also have some final girl illustrations thrown in just to spice things up. So scroll below to take a look for yourself.

#1 This would actually be a great crossover, Sadly we would never get it. 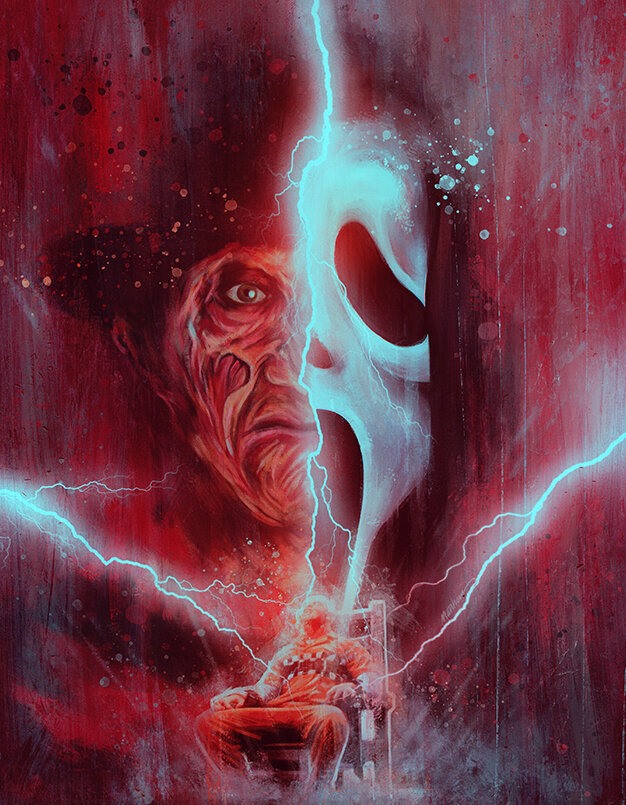 A Canadian illustrator and Creative Director currently residing in a Twin Peaks-ian harbour town just outside of Toronto, Ontario. Always over-caffeinated and under-rested, he thrives on a steady diet of 80’s horror films and Guinness.

I work both traditionally and digitally, but the majority of my work these days is digital. It allows me to work without the overhead of paying for traditional art supplies, and additionally makes it a bit easier for me to do revisions (especially when working on larger projects for studios or distributors). In my opinion, both digital and traditional art forms are equally respectable, with their own unique challenges. -Matthew

#2 Freddy Kreuger’s hands have never looked so sharp before. 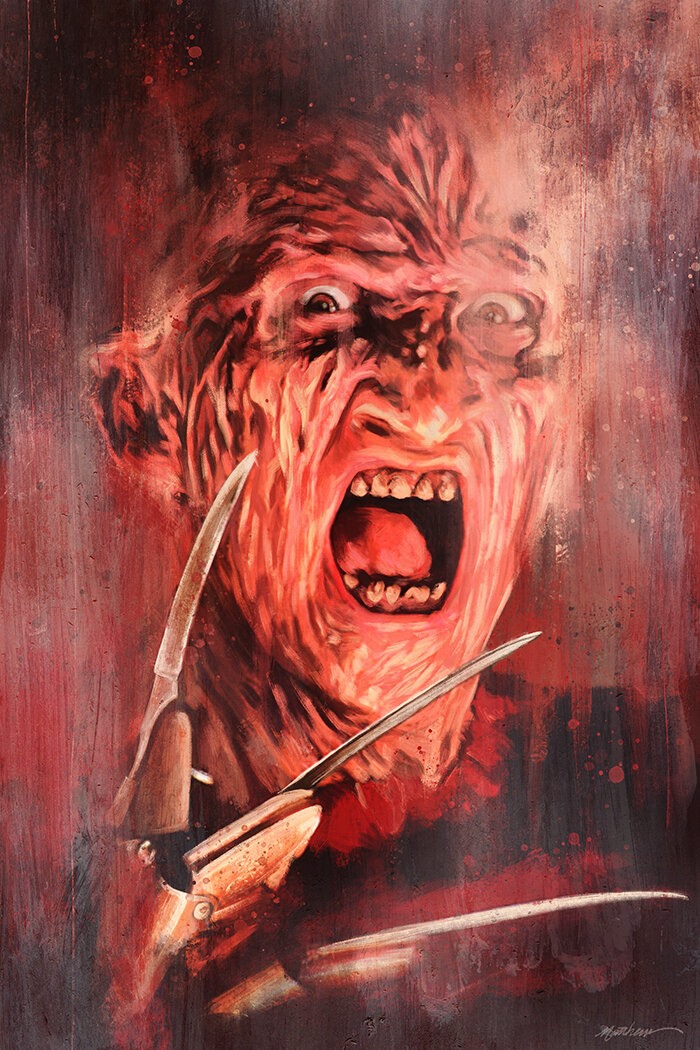 #3 A ghost or a character dressed as the Grim Reaper? 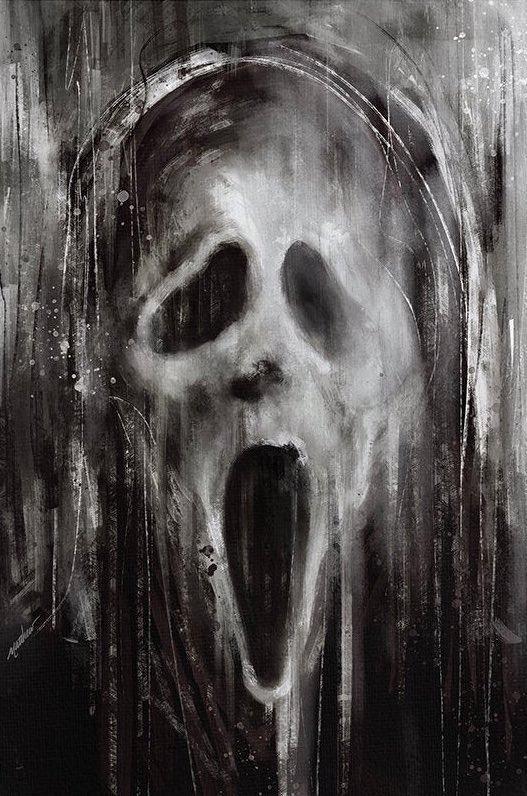 #4 The sort of faded look of Jason Vorhees makes him even more terrifying. 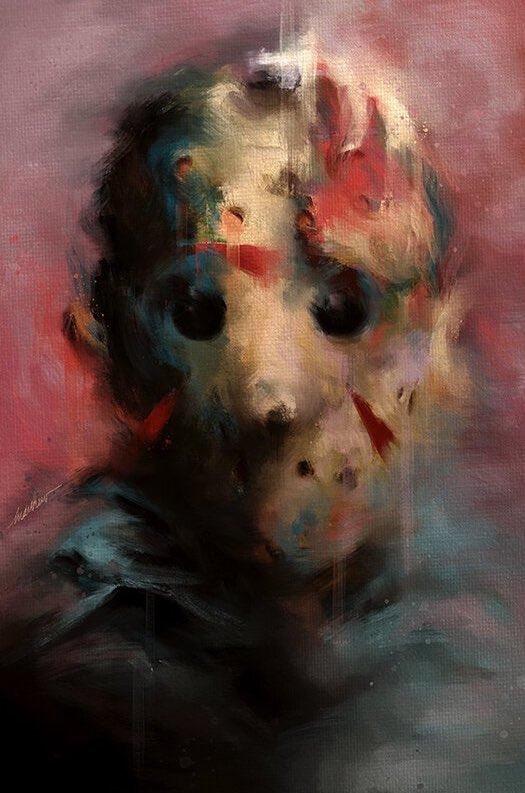 #5 Chucky has never been that scary for me because of the campy nature but this would make me run for the hills. 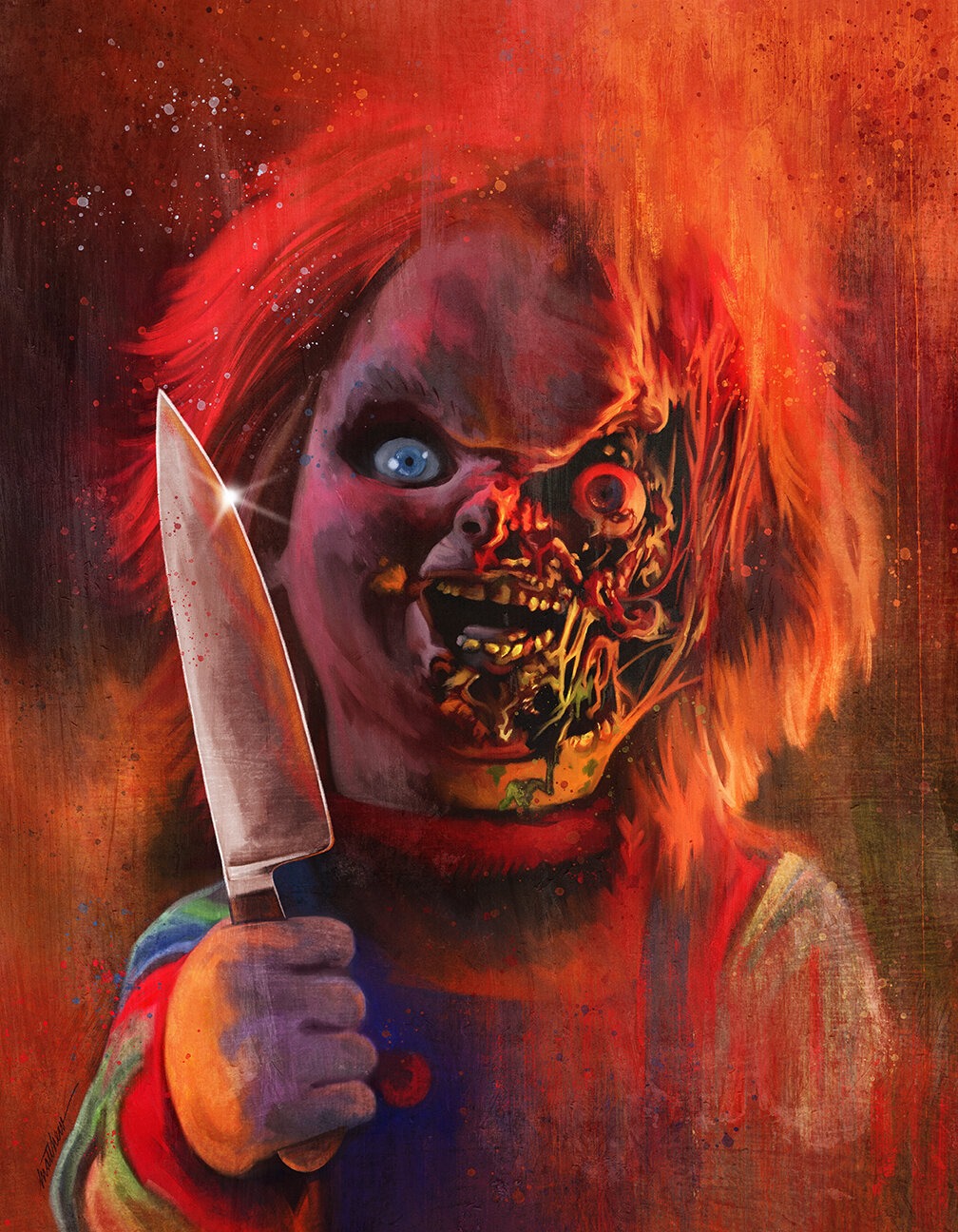 Matthew is actually a very well-known artist and he has worked with names like The Warner Bros, Vestron Films, and many more. Horror movies are his lifeblood and we can certainly see that in some of the artworks on this list. Not only that but you can also commission him for a specific work of art if you so choose from his website.

#6 Another Jason Vorhees illustration with one of his eyes staring into your soul. 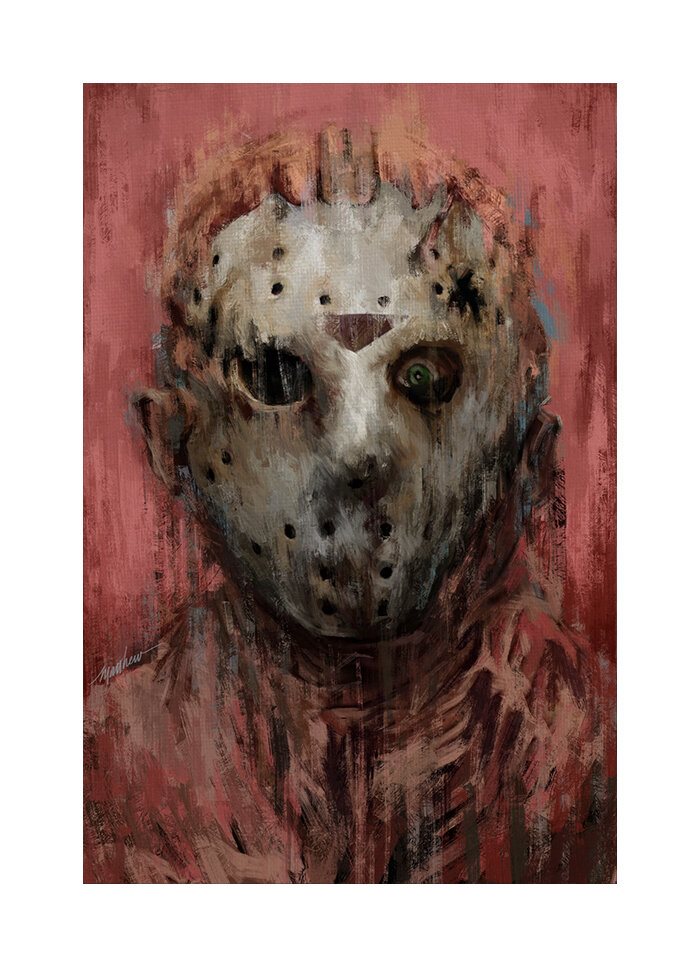 #7 I think we all know she deserves a lot more props. 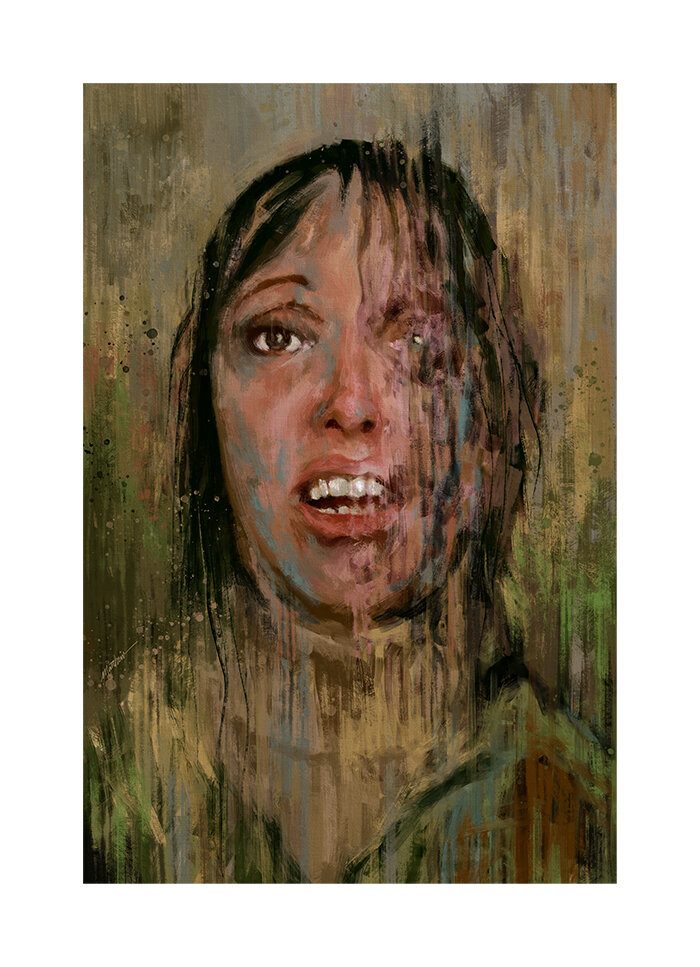 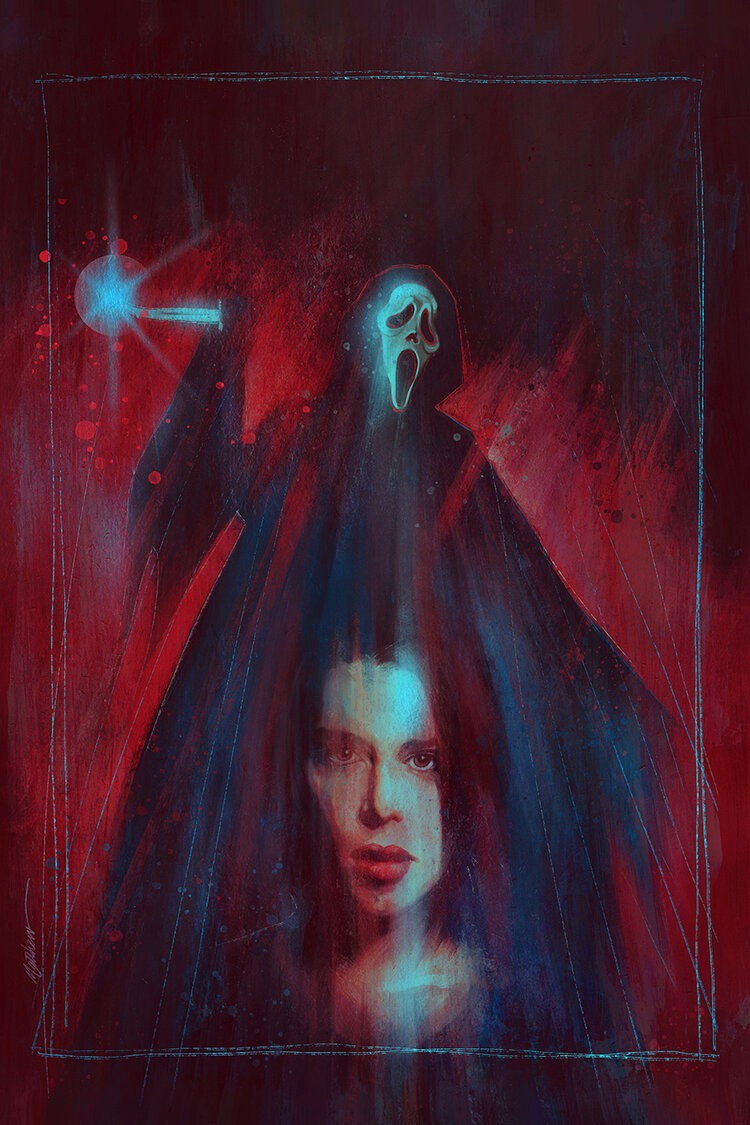 #9 This almost looks like a picture of Anabelle than an illustration. 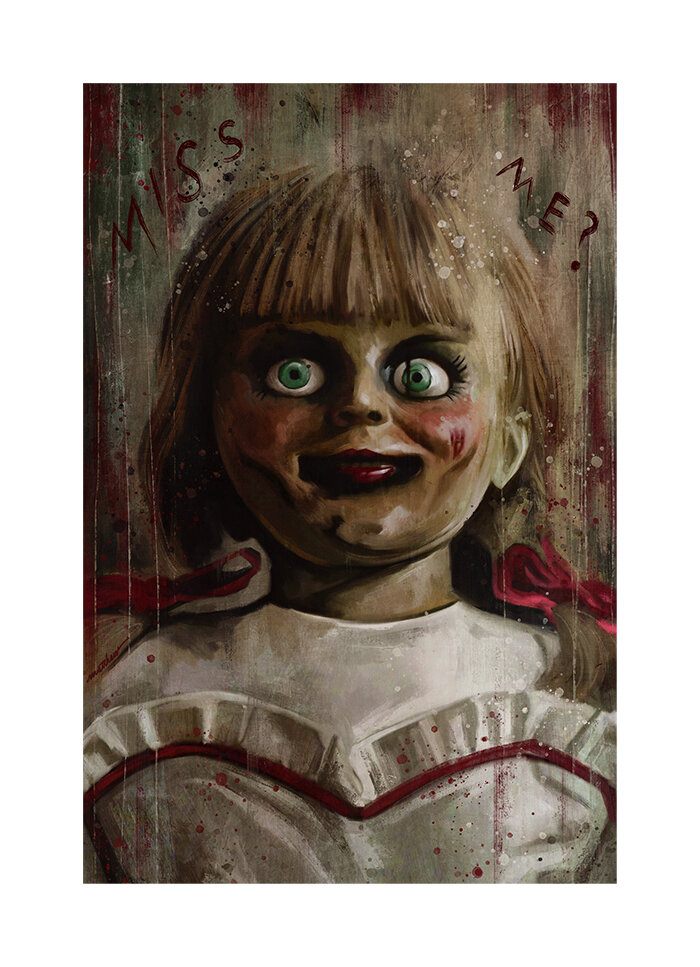 #10 Sometimes a mask can’t hide the monster inside. 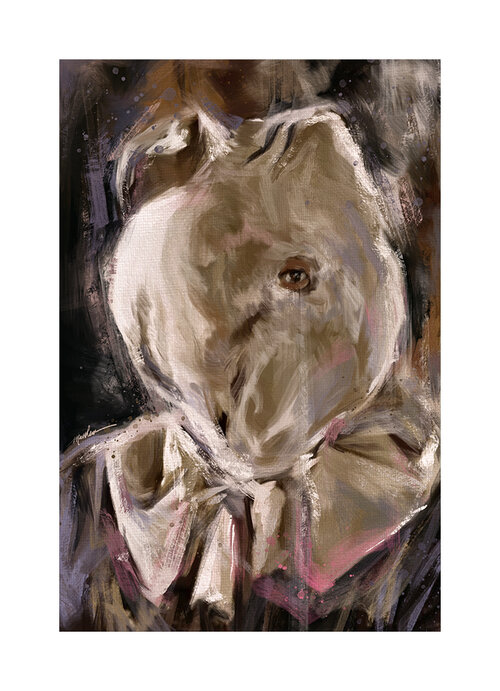 Which one of these is your favorite drawing? Comment down below to let us know your thoughts.