Cats cats and cats they are all over the internet because of their cuteness. Well we all have seen beautiful cat but have you ever seen a enormous Maine Coon cat? Well today we are here with an exciting story of an enormous cat. Maine coon cats are pretty special they are this enormous furry creatures and they are quite adorable to see in person. They are loving and caring like other cats there’s just a little difference that they are not that little. These pawfect creatures deserve all the love and attention in the world. So here we present you the twitter thread trending full of photos of ginormous Maine cone cats and some other cats breed of enormous sizes. So keep on scrolling don’t forget to watch it till the end.

1. Well are you guys shocked too after seeing such an enormous kitty? 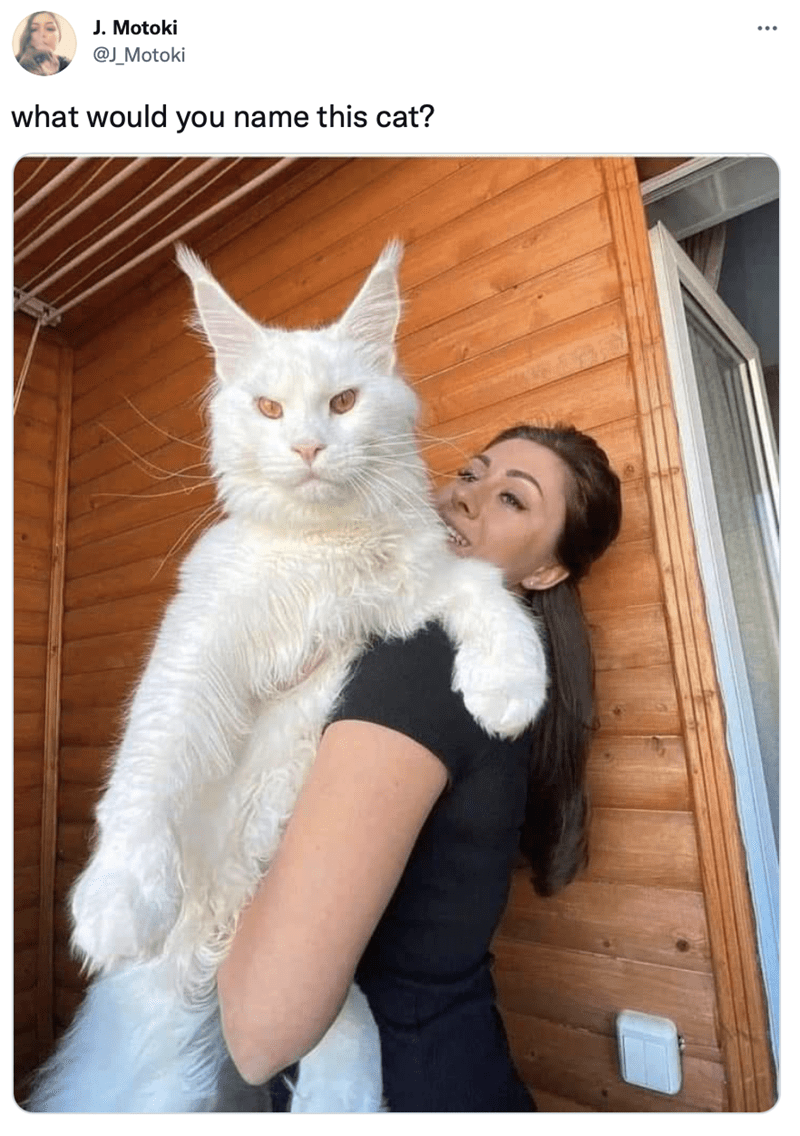 We hate to say but this picture might be photoshopped, it may not be entirely real. It is really enormous but whatever either way she is the prettiest.

2. Just look at these enormous ears he may be a spy 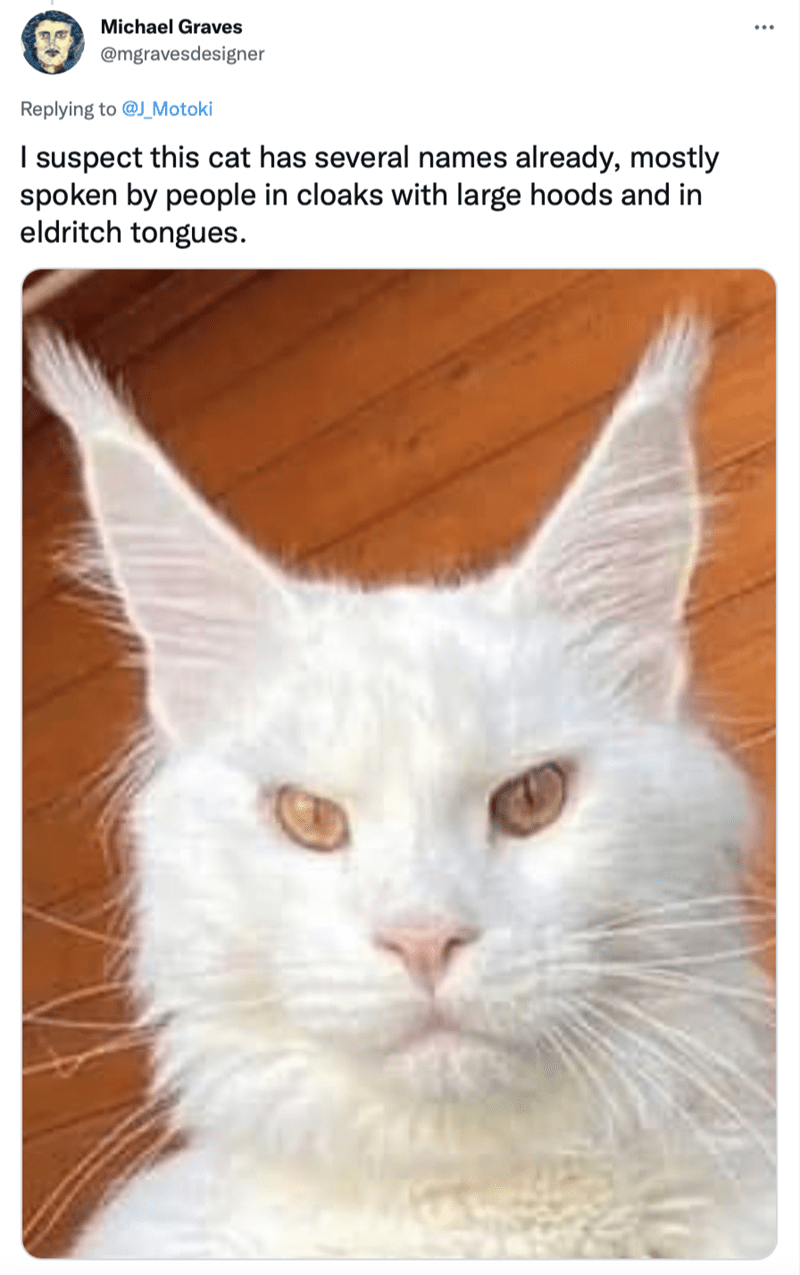 3. Some people weren’t having it they claimed these photos to be entirely fake

4. Rest in peace Valentino, he sure would be the cutest

5. The bigger they are the cuter they look 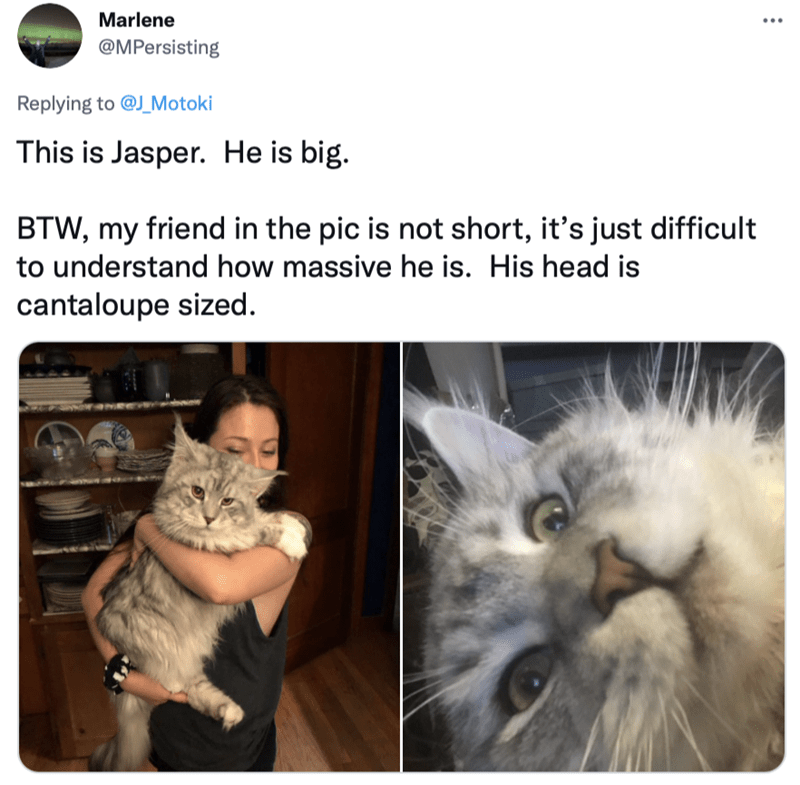 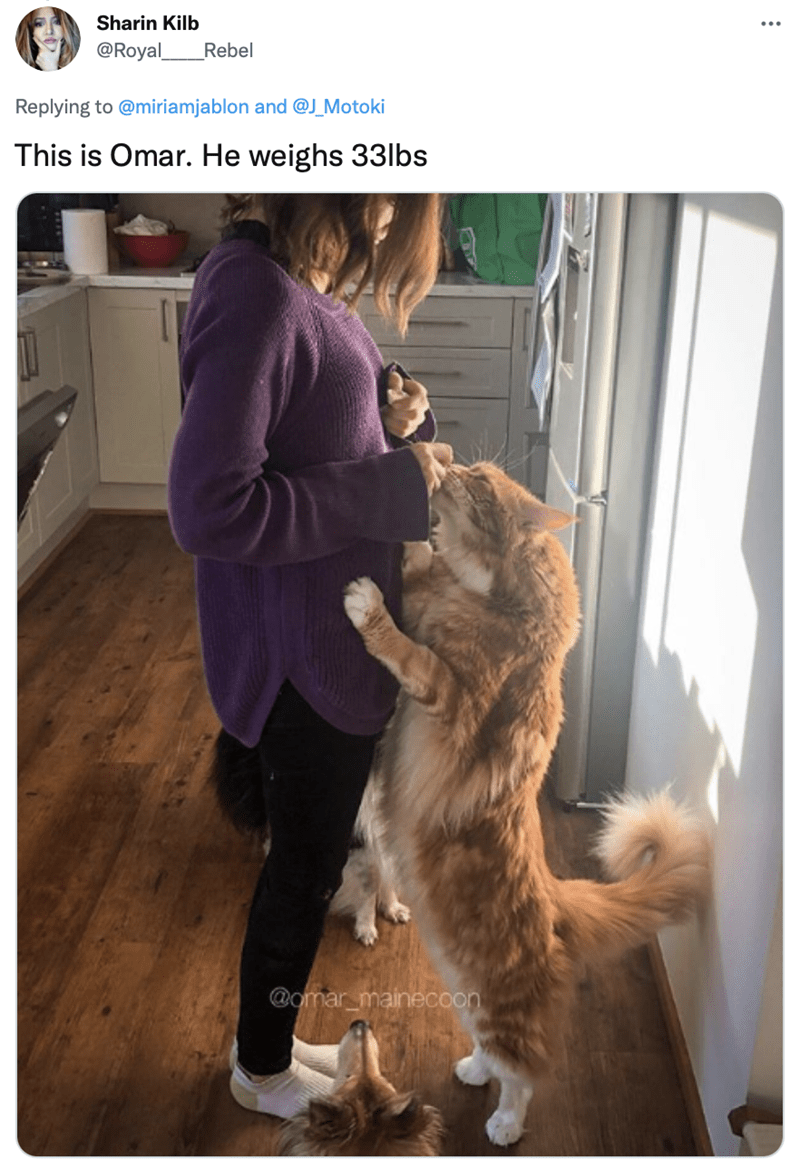 7. Just look at the size of this adorable kitty cat 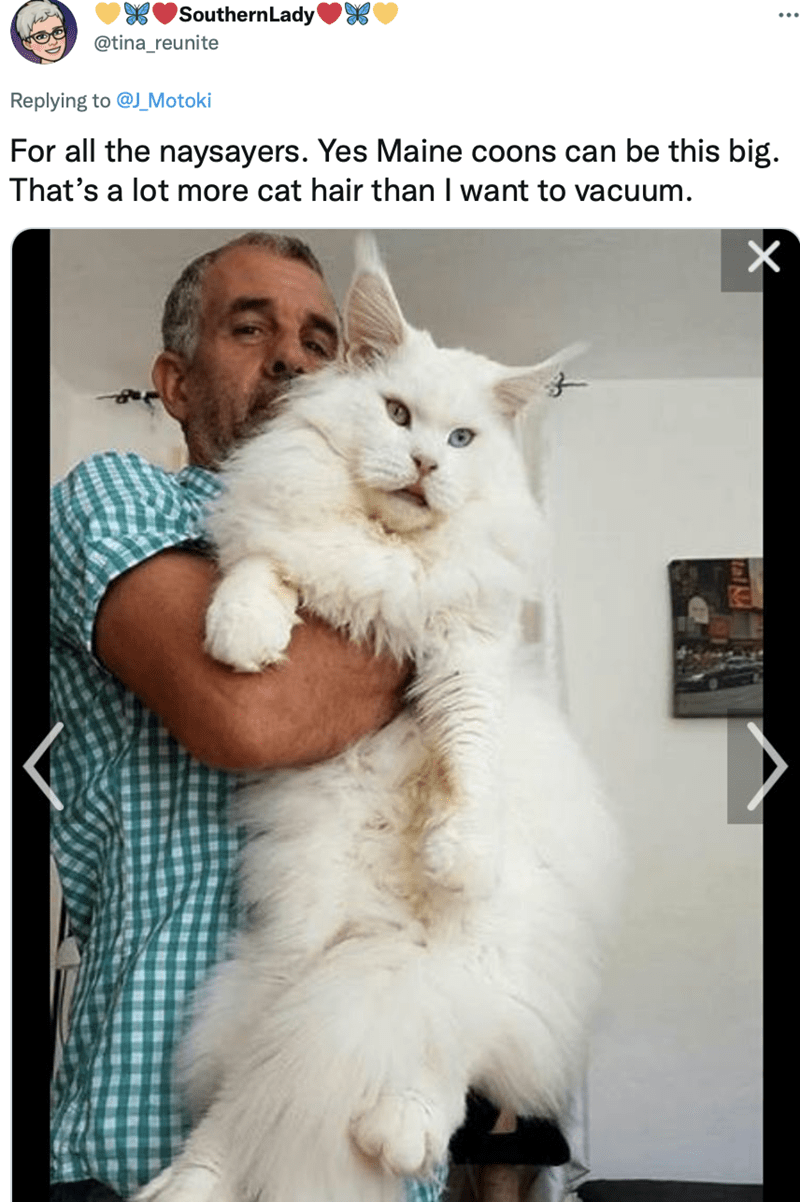 8. He is such a cute little kitty cat sorry he ain’t that little 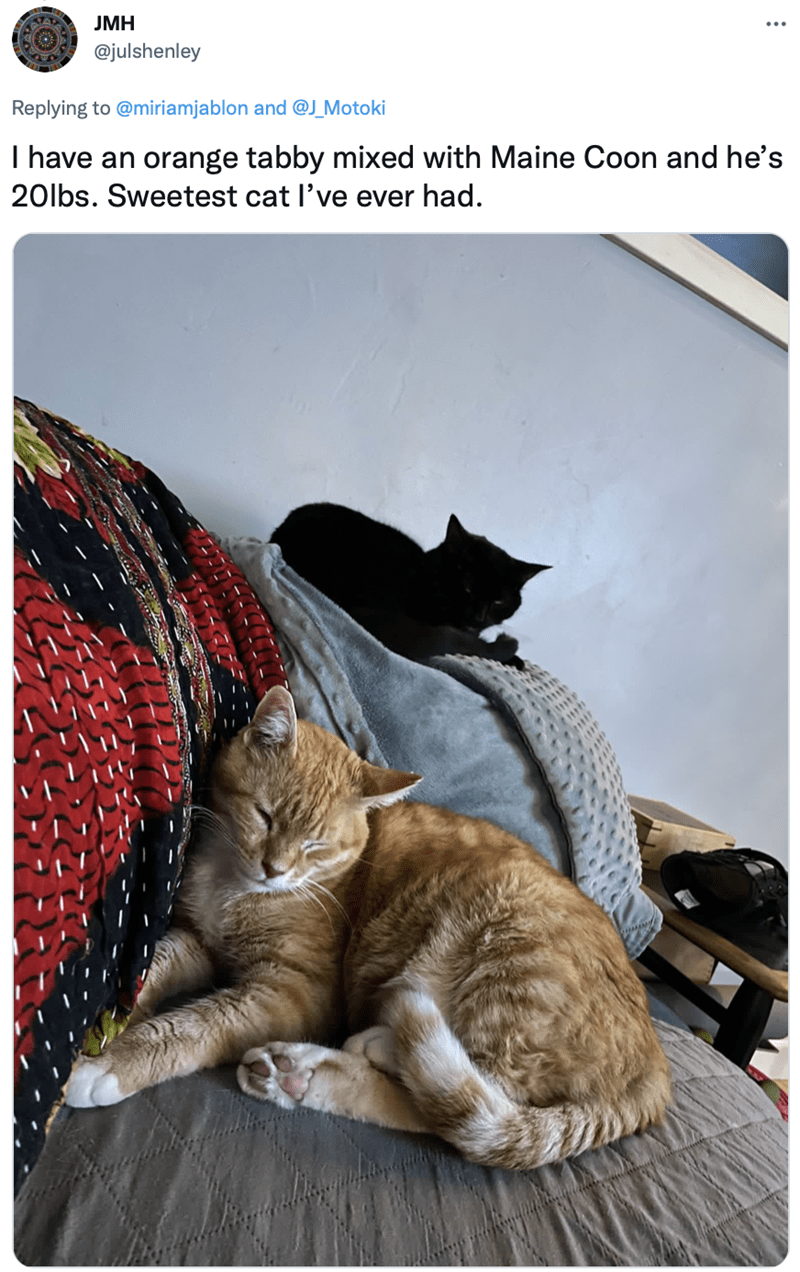 9. These big cats are the cutest, imagine how much soothing it would be to cuddle with them 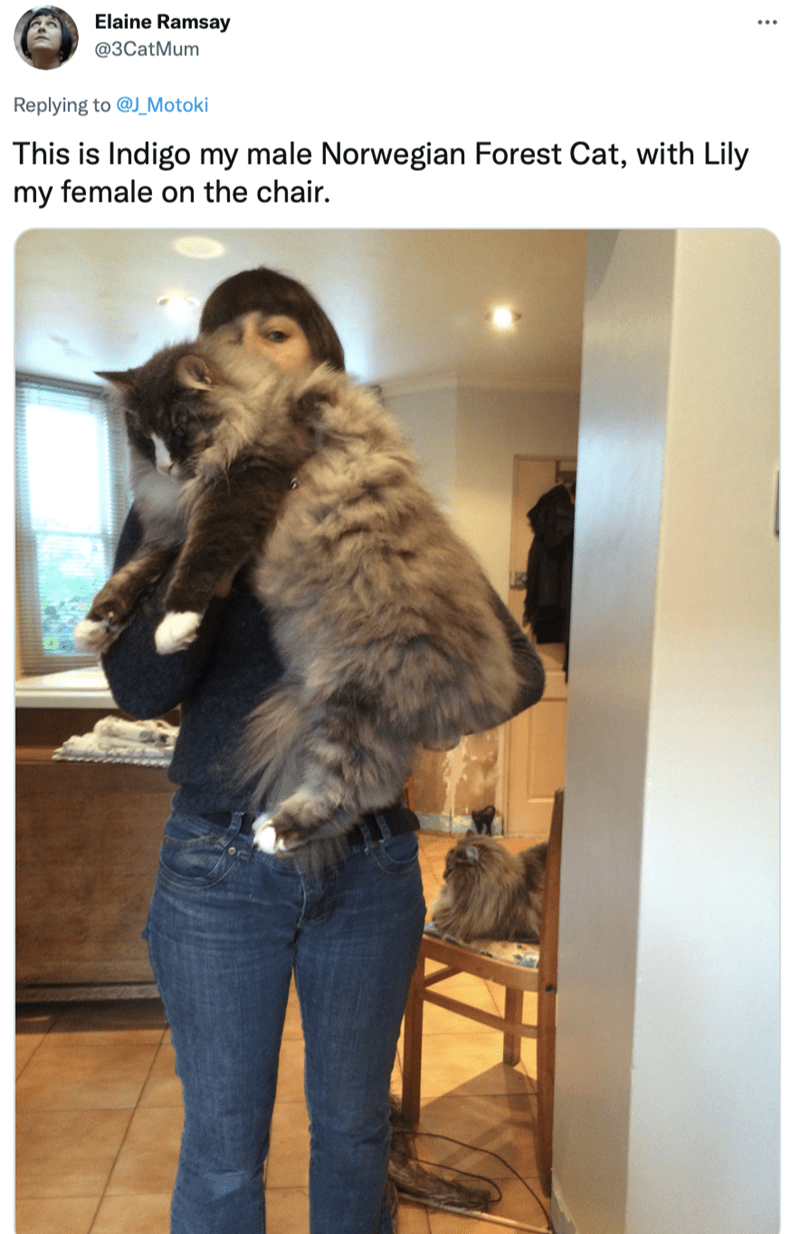 10. Look at the difference 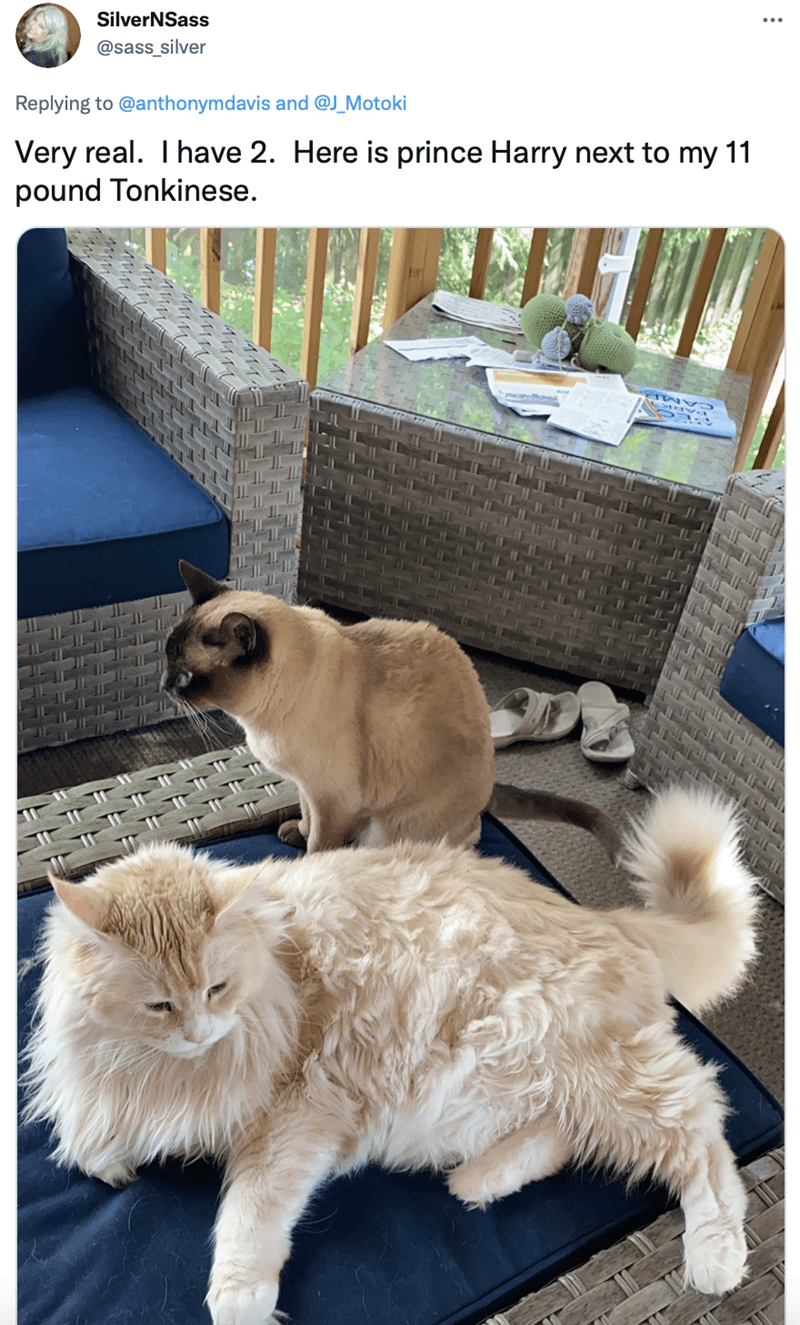 11. No matter how big they are, they require the same attention and love 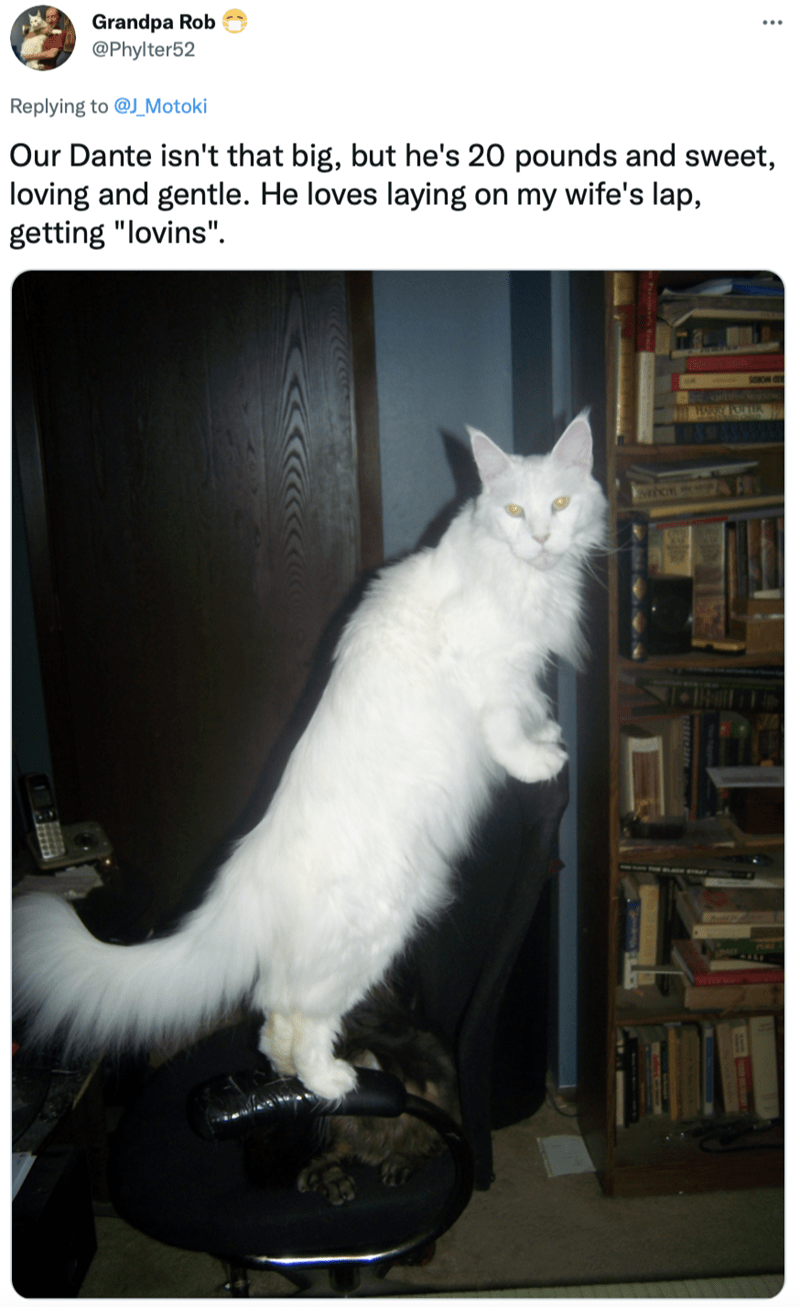 These cats are really enormous but the bigger they are the more cutter they look. These enormous kitties have the same soft meows as the regular cats. Imagine waking up to these giant cats and they are on your face would you be scared? Or would you rather just snuggle with them. These furry big cats can be used as a great cuddles and a pillow too but one should beware of stepping on their tails. If you step up by mistake you are gone. Their faces are same cute as the regular cats. They need the same amount of love and attention as we give to our regular cats. Have you taken a look at those big ears? And their big paws well they look adorable. There’s one thing you need to take care of these big cats that is giving them food on time, well if you don’t worse things can happen if you know what we mean. Let us know what do you think about these giant cats in the comment section below. Don’t forget to like and share. Stay tuned for more cat content. Thank You!.