It is undeniable that those who work in the food service sector endure a lot. They deal with everything, including obnoxious customers, long hours, and little tips.

But the issue isn’t always with the customers. Sometimes, those who provide food services can be downright unpleasant. The AITA (Am I The A**hole?) subreddit recently received a story from Reddit member u/Longjumping Call607, which certainly didn’t receive the response he was hoping for. The Redditor, you see, works in a restaurant where he claims that a mother who entered with her infant “put him off.”

He claimed that when the woman inquired about the light beers the pub had on tap, he advised that she look at the non-alcoholic drink menu. The woman declined and requested a glass of Rainier instead (an American beer). She was informed by the OP that he would not serve her alcohol since it was “illegal” and she was with a juvenile. But it was clear that the woman wasn’t buying it. She told the Redditor that she had gone to the restaurant in the past with her husband and their child, and there had never been a problem with ordering wine. She added that she had experience working in restaurants and understood that ordering a beer was legal.

2. He explained that a woman with a baby had lunch at the restaurant where he works.

3. The OP advised the woman to check out the non-alcoholic drinks menu when she inquired about the light beers the bar had on tap. The woman declined and requested a glass of Rainier instead (an American beer).

4. The woman naturally wanted to talk with the manager of the establishment, who gave her the drink and made arrangements for a different waiter to take care of her right away. 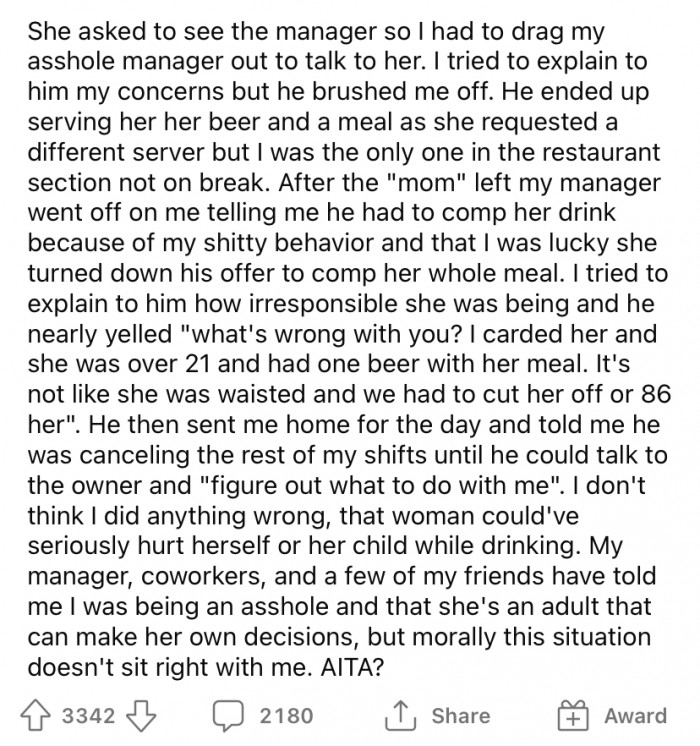 5. The responses were as follows. 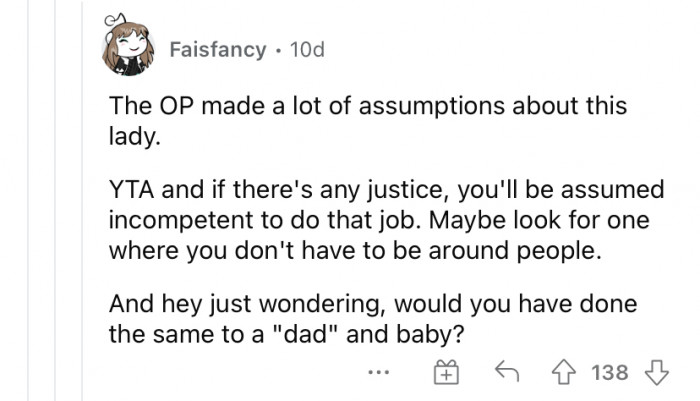 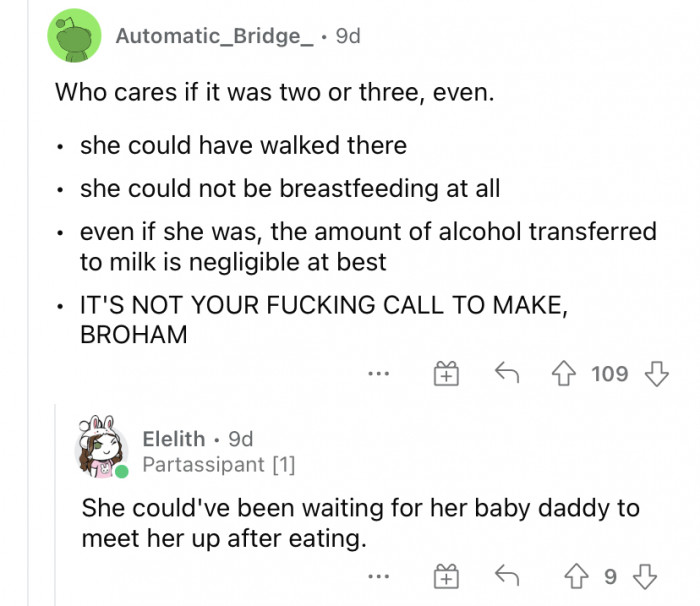 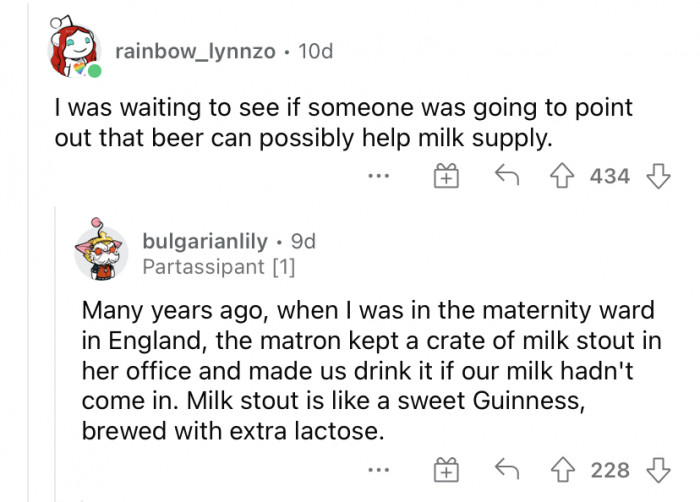 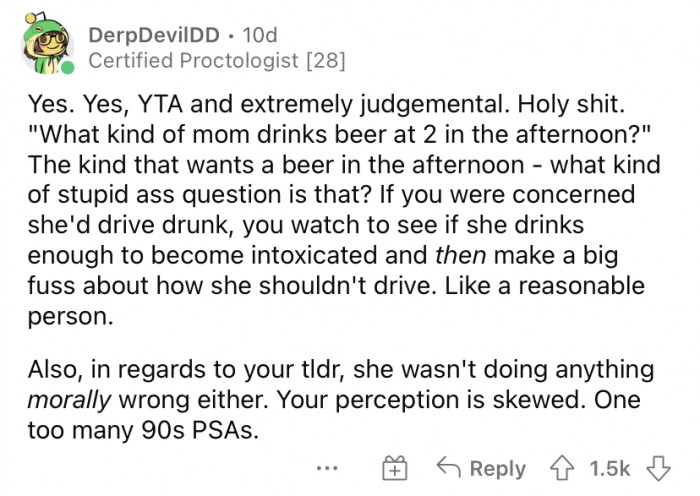 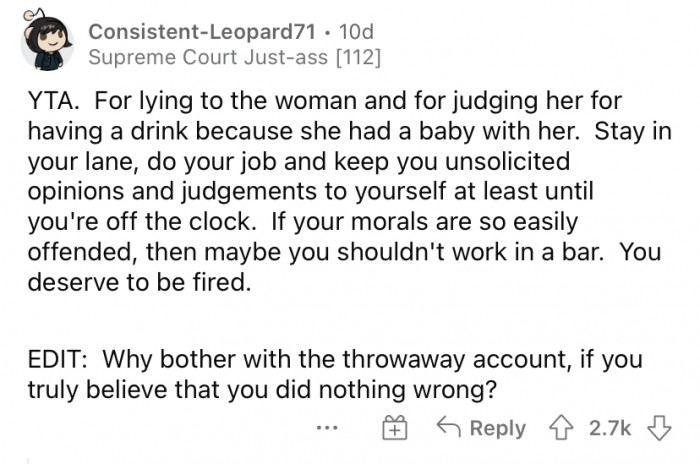 17. “This poor mom was probably looking for one peaceful dinner.” 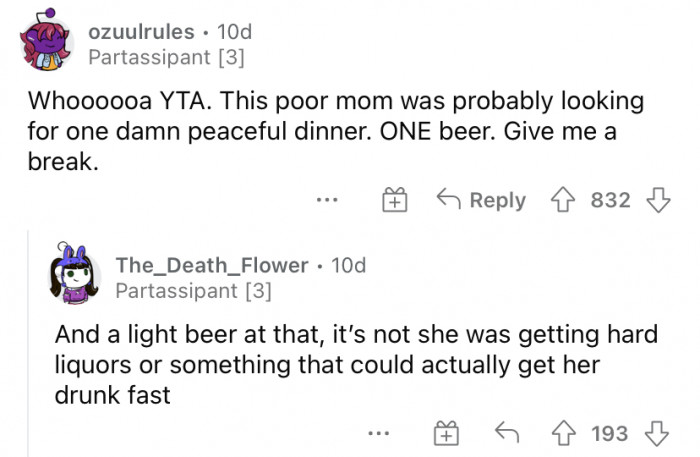 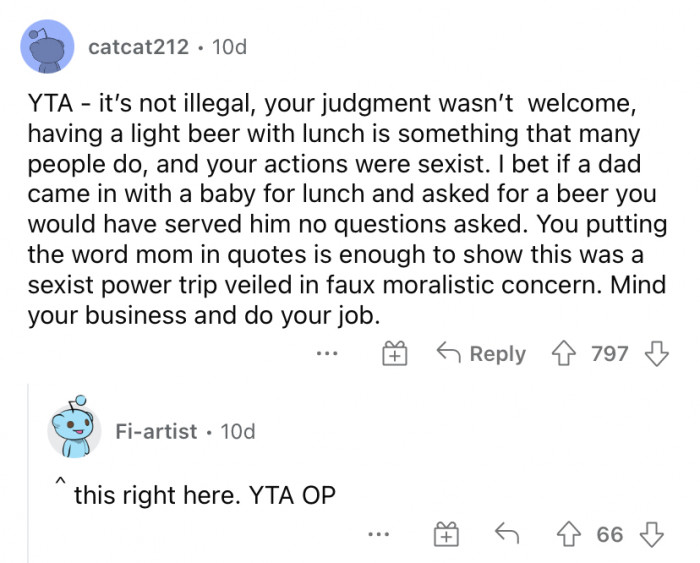 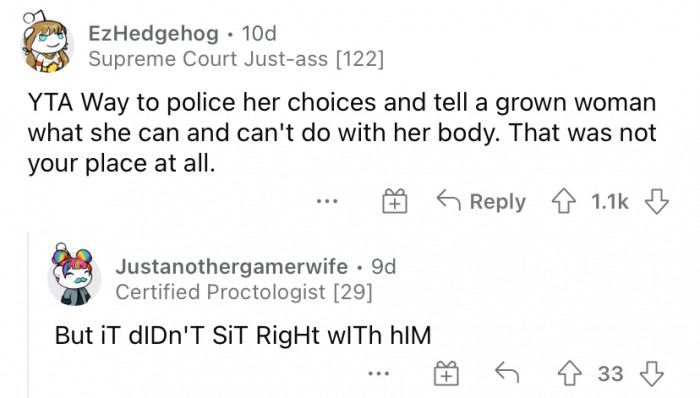 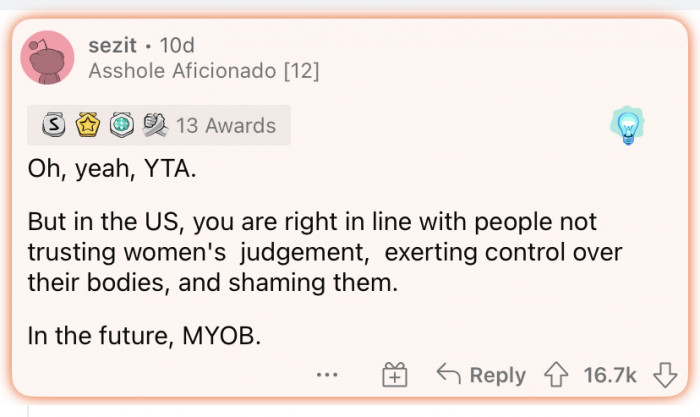 22. “A single light beer with a meal is not going to impair an adult.” 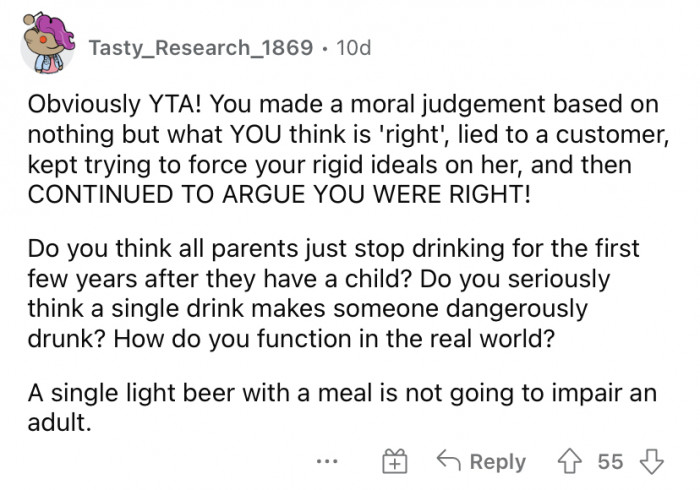 What are your thoughts on this story? Do you think OP is YTA or NTA? Comment down below.