As we said earlier, the new year comes with new dramas for us to witness.

Before we begin, we would like to know, what would you do if you find that your significant other doesn’t have any table manners? Or he/she is eating in a gross manner in a nice fancy restaurant? Well, it surely can be a cause of great embarrassment but above that, it can gross you out as well. Having bad table manners is certainly not acceptable UNLESS your partner is completely oblivious to it. But if he/she is a grown-up adult, they deserve to be called out!

Similarly, we came across a Reddit’s AITA thread in which a girl posted about how she had to insist her boyfriend to eat nicely at a fancy restaurant but she wasn’t sure whether what she did was an a-hole move or not. So, she posted to see what people would have to say about it. Let’s go ahead and read the complete story, shall we?

1. Well, before we even start reading the story, I would say, NO. She isn’t the a-hole for calling out her boyfriend.

Even though everyone has a different set of personalities but in general, that’s just wrong.

2. So, the girl decided to take her boyfriend to a fancy restaurant to celebrate her promotion.

But little did she know that she will have to face a huge embarrassment.

3. That is such a turn-off! How can you even be with a person who can be a gross eater?

4. Oh my God! That is absolutely ridiculous. I would definitely walk away immediately.

Kudos to this girl for putting up with this guy.

5. Now I’m pretty sure that this guy wasn’t oblivious of the fact that he’s being a cause of embarrassment.

Moreover, he was definitely doing it on purpose!

6. AITA? Definitely NOT! The BF is a complete a-hole for turning the entire scenario and putting the blame onto the girl.

There is some basic etiquette which one must follow otherwise there would absolutely be no difference between animals and human beings.

7. No, there’s a thing called basic ethics which he lacks. You are definitely NOT the a-hole!

As soon as the story was posted, people began to comment and just as we thought, people were in the favour of the girl! Let us go ahead and take a look at the comments;

8. Exactly what I said! He did that on purpose. 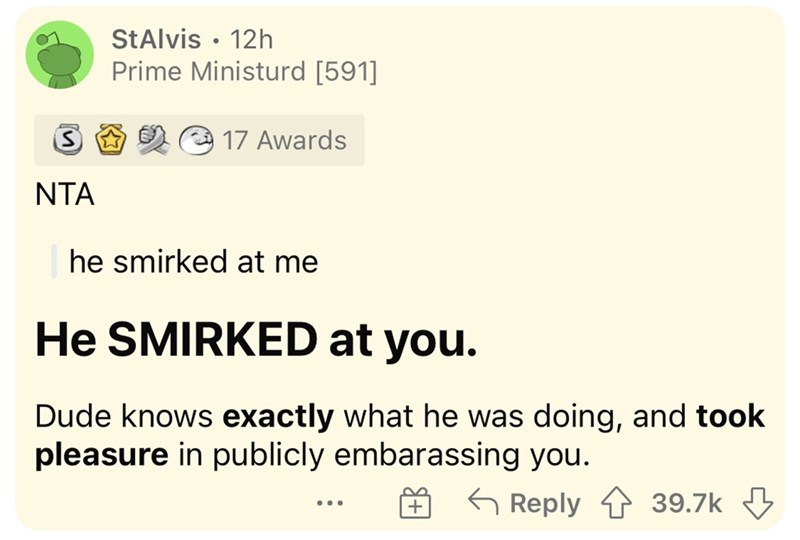 9. But we can’t really know the motive behind this ridiculous move? Jeez!

10. Yep, he had it all planned out from the start.

11. Finally! Someone said it. The OP definitely does not deserve this guy.

12. Well damn, that’s another way to put it accurately. 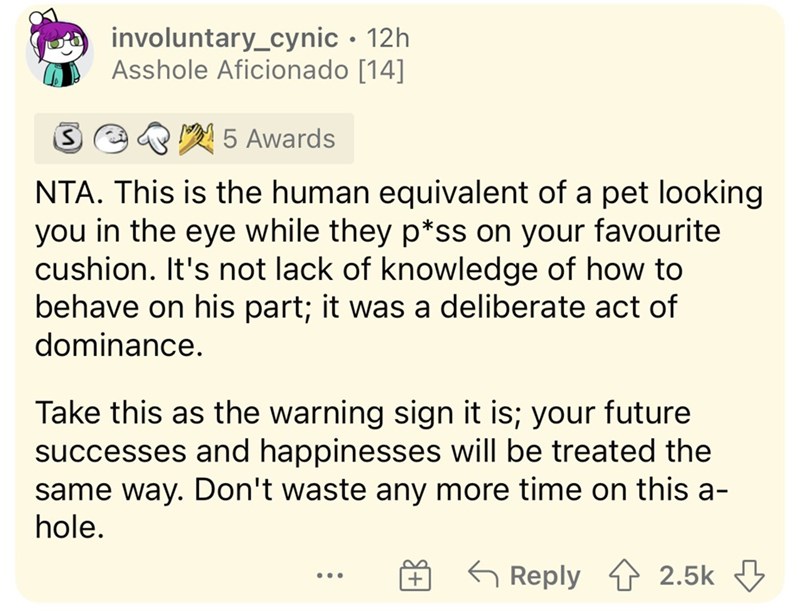 13. Or maybe he just got extremely jealous that the OP got a promotion? 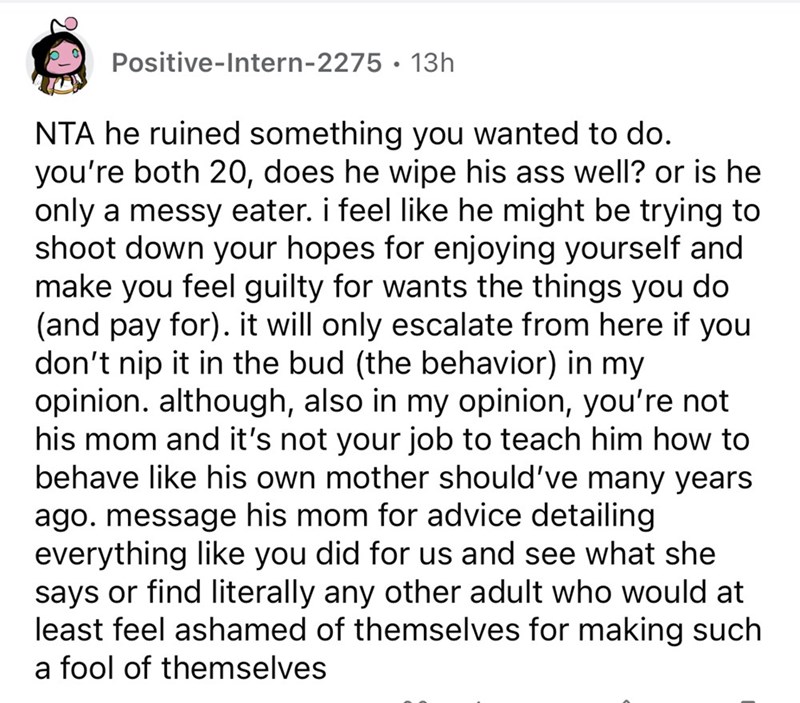 Oh well, the story comes to an end and we really hope that the OP realizes that she shouldn’t be with this guy, at all! What would you have done in a similar situation? Let us know about your perspectives down in the comments below.