Would you share your inheritance with someone you don’t feel any connection with?

1. OP refused to share the inheritance with a sibling. 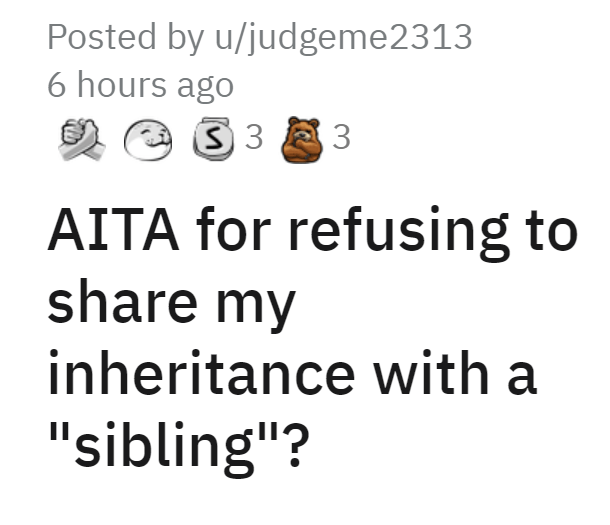 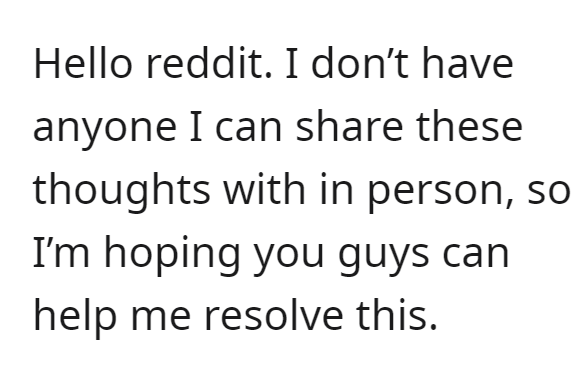 3. OP discovered a year ago that he has a sister, Lucy. 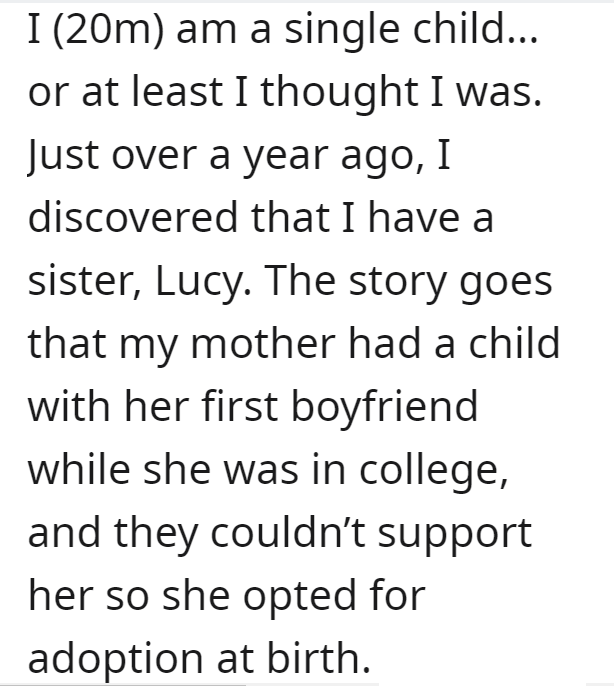 4. OP’s father was aware of Lucy but OP was never told about her. 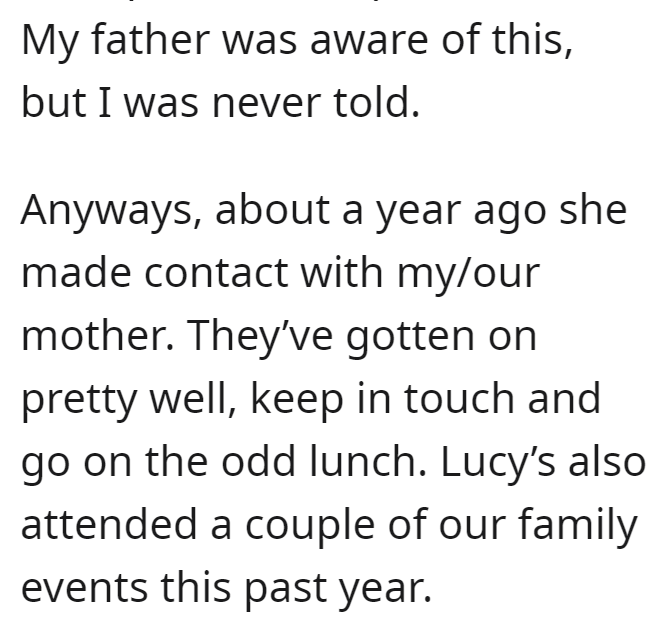 5. OP and Lucy are different people. 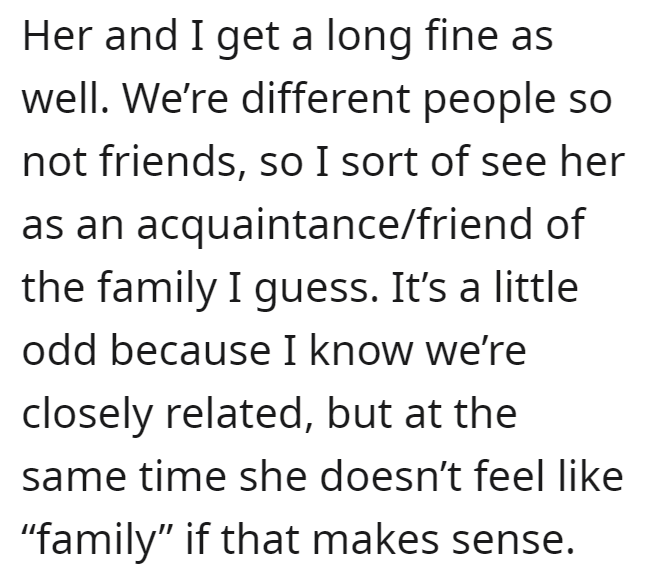 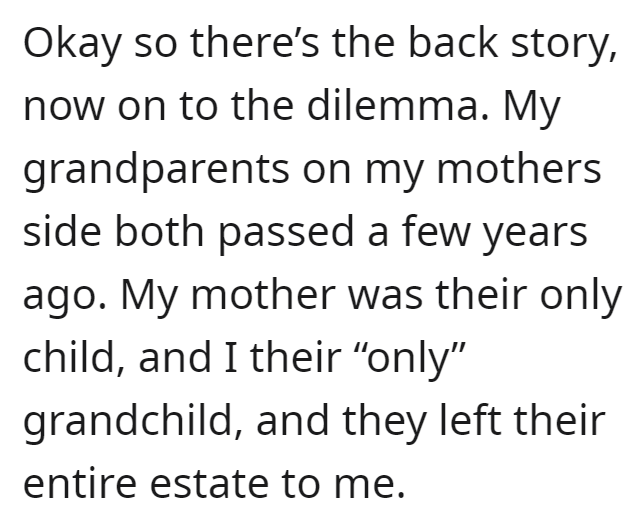 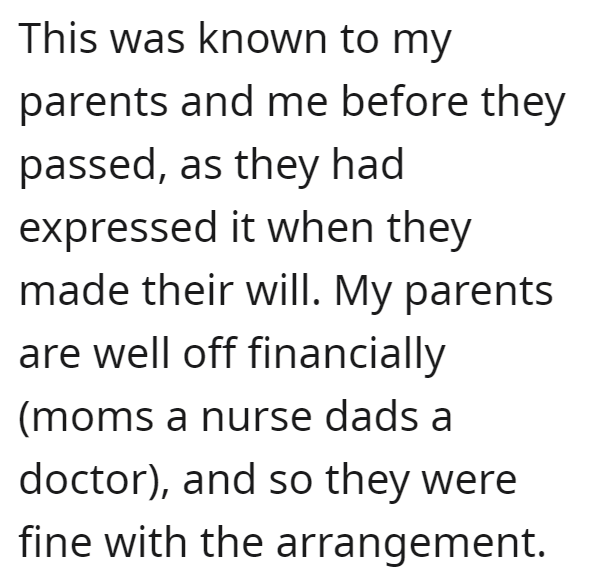 8. OP got around 6 million from his grandparents. 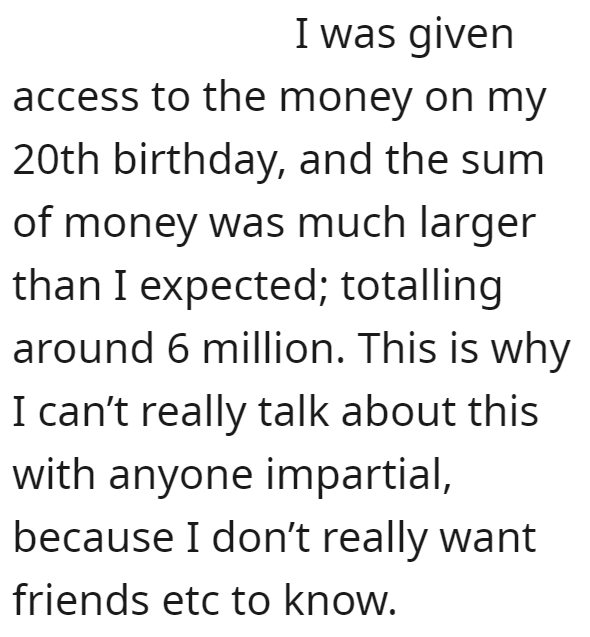 9. OP’s mother wanted to share the wealth with Lucy. 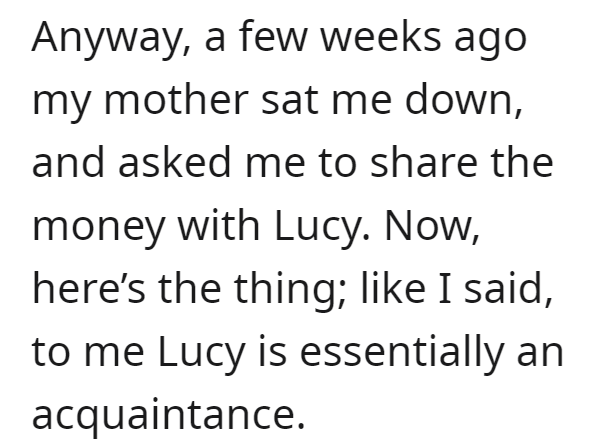 OP’s mother should have told him about Lucy years ago so that he doesn’t feel this weird kind of connection with Lucy. Also, his grandparents always knew about Lucy, why they did not keep anything for her? Maybe, because they thought they would never need any money. But now she needs it, that’s why her mother has asked OP to share money with Lucy.

10. OP doesn’t feel the right type of connection with Lucy to share such a large sum of money. 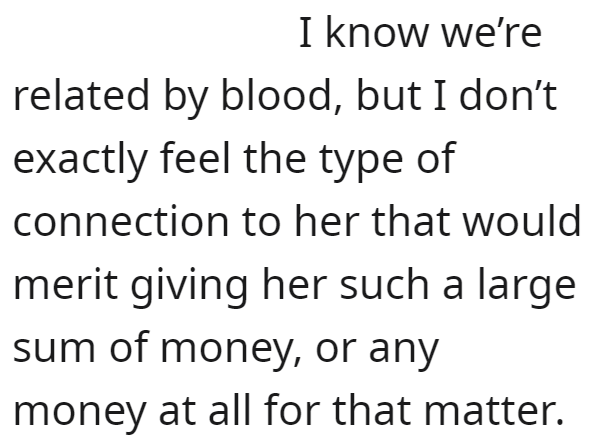 11. OP’s mother thinks he is being selfish for not sharing the money with his half-sister. 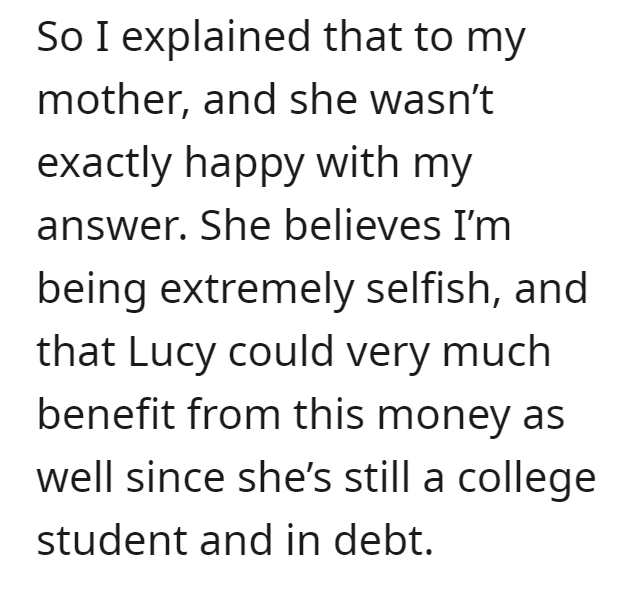 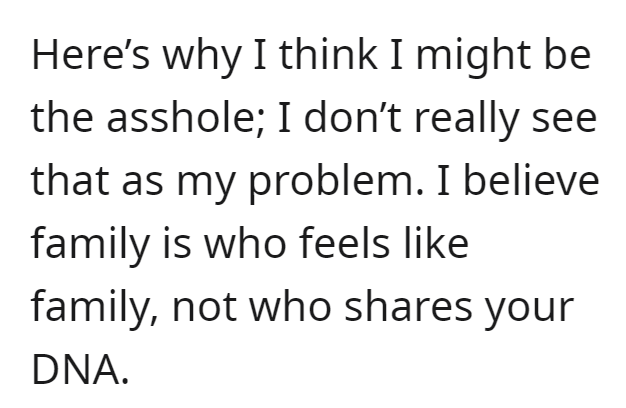 13. OP’s grandparents knew about Lucy, yet they left everything for OP. 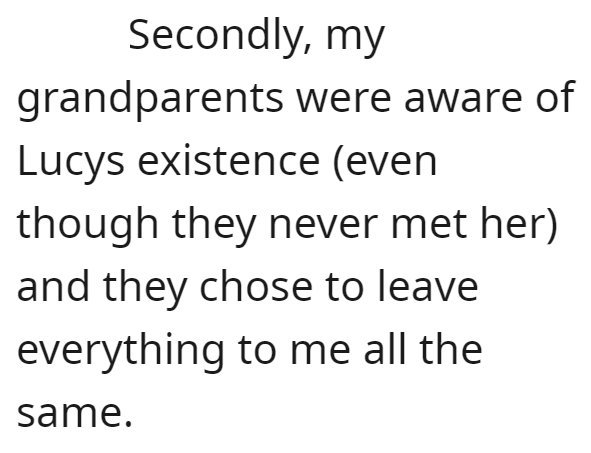 14. Lucy was adopted by great people. 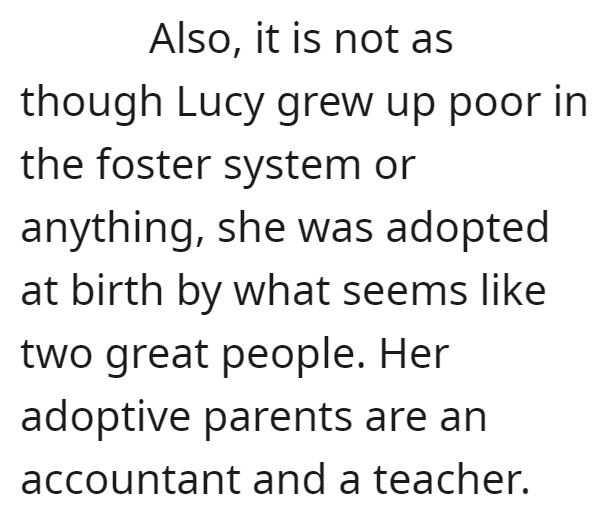 15. OP is planning to start his own firm with that money. 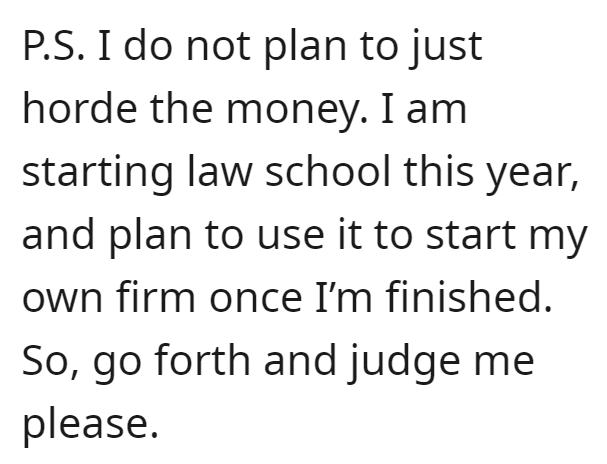 16. Is OP the AH for being selfish or is he justified? 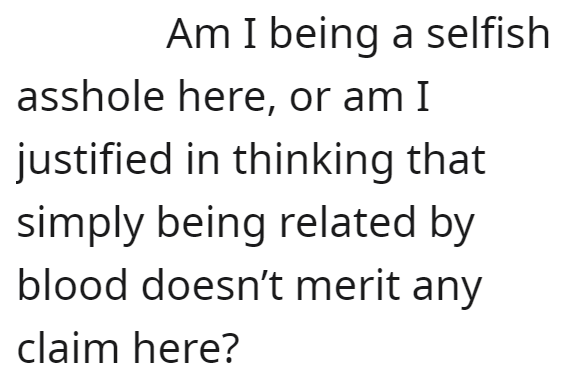 OP had 6 million dollars, if he gave some to his half-sister, we do not think it would affect him much. OP is being selfish for not giving Lucy some money to afford her college but he is right to some extent. Firstly, his mother should have always told him about Lucy so they could share a sibling kind of a relationship. Secondly, OP’s grandparents should have mentioned splitting the inheritance. What do you guys think about this? Is OP acting selfishly? Should he split the inheritance with his half-sister? Comment down “AH or NTA” to let us know your thoughts.