We all hate group projects.

People just do not seem to care whether or not everyone is going to fail due to their slacking off. There is always that one person doing all the work and trying to make up for the work that their fellow group partners have not done. It takes a lot of hard work and dedication to do that and those students need to be appreciated and recognised for their hard work. This is also the reason why most people hate group projects because they know that in the end, they will have to do all the work alone.
This is what happened to this Redditor but instead of being appreciated, their professor failed them for working solo. The student got higher authorities involved and the professor disappeared in the end. Scroll down below for the entire details of the story:

Op was given a group project and he worked on it like it was supposed to because of the grade weightage. 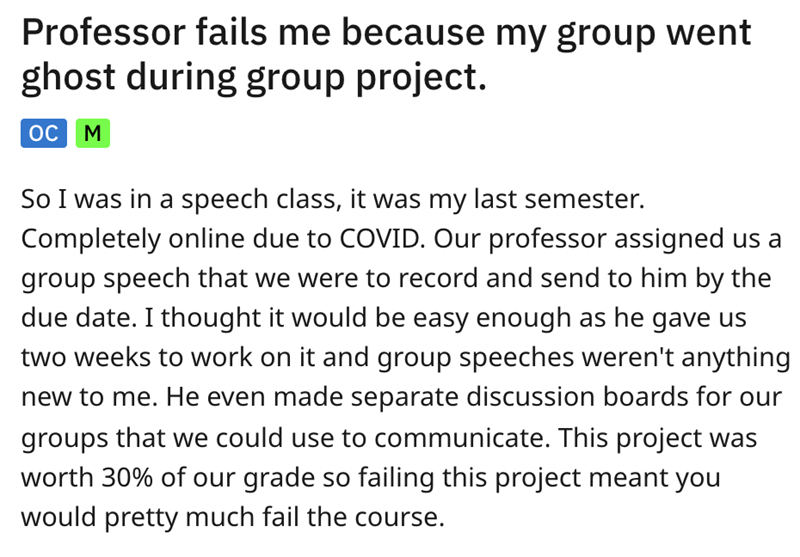 So Op sent in instructions for everyone to follow but his group members were absent. 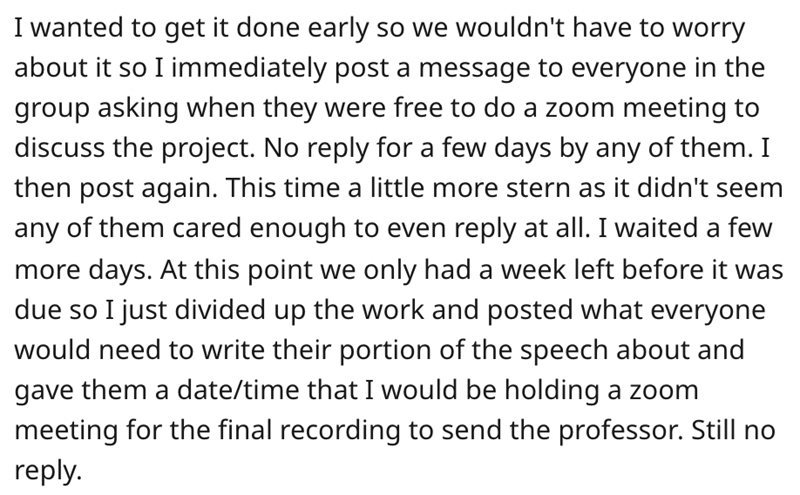 It was the day prior to the speech and the group members were still not there.

So op did everything on their own. The entire group project and everyone else’s part even challenging the grading rubric. 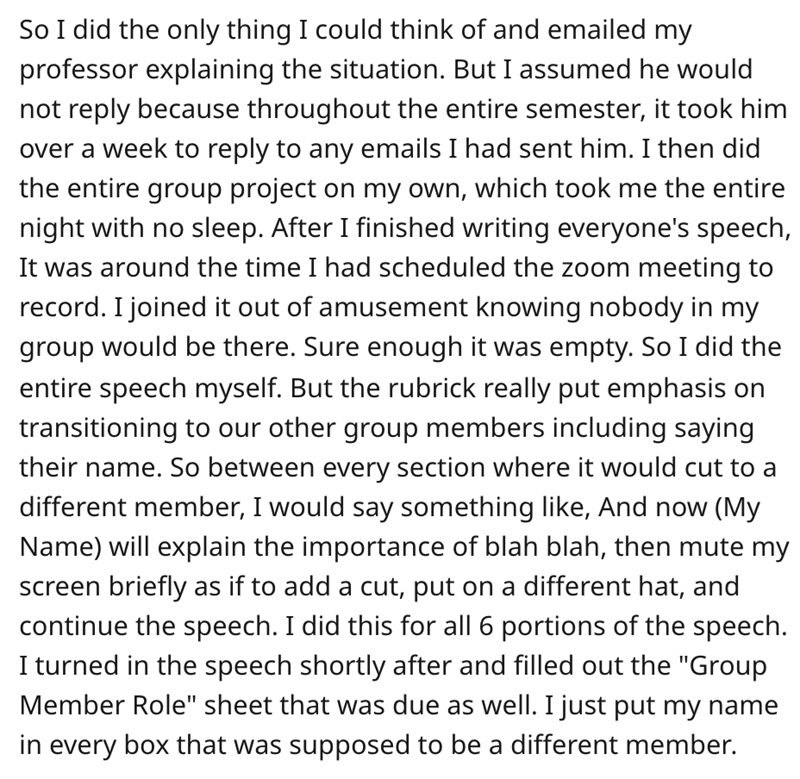 Op got a zero for the project and this led the op to contact the college administration which made the professor rethink about the situation but he still argued back and like always didn’t check his emails. 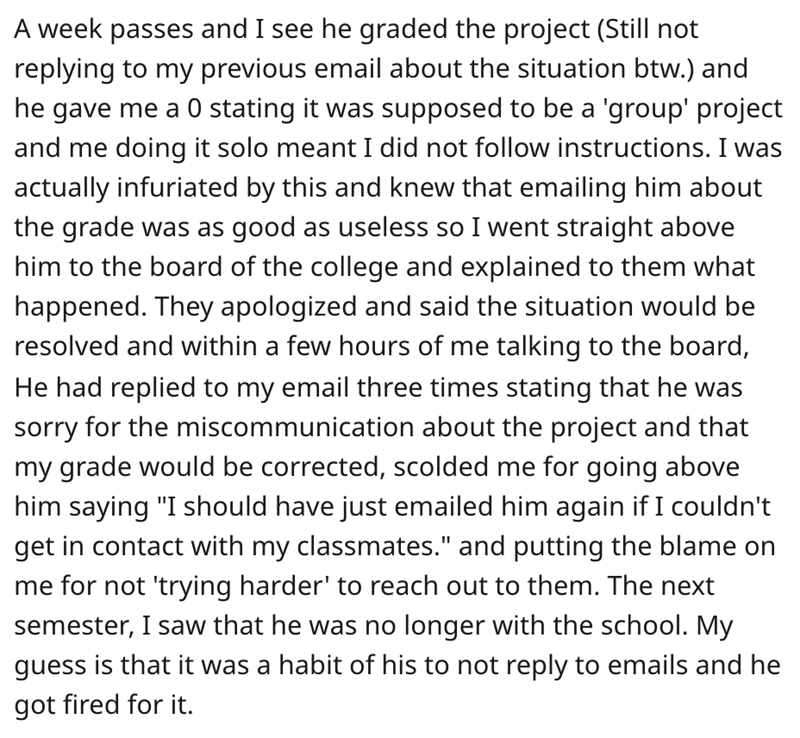 In my opinion, the girl did nothing wrong. All she did was work hard and make up for the work her group mates did not do. She deserved to be appreciated instead of being called a failure. 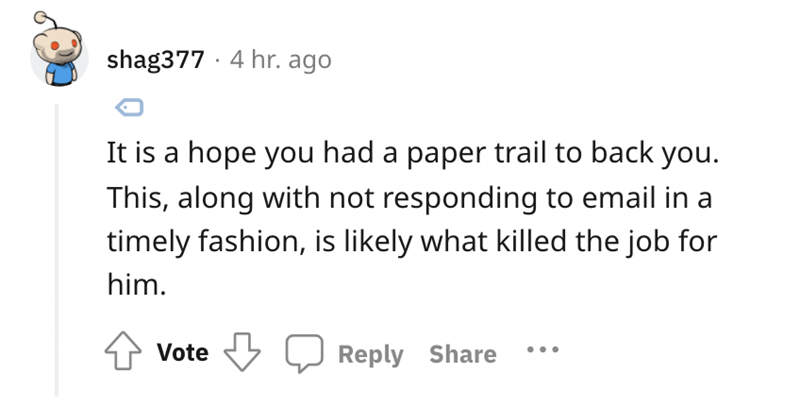 Everyone sided with op. 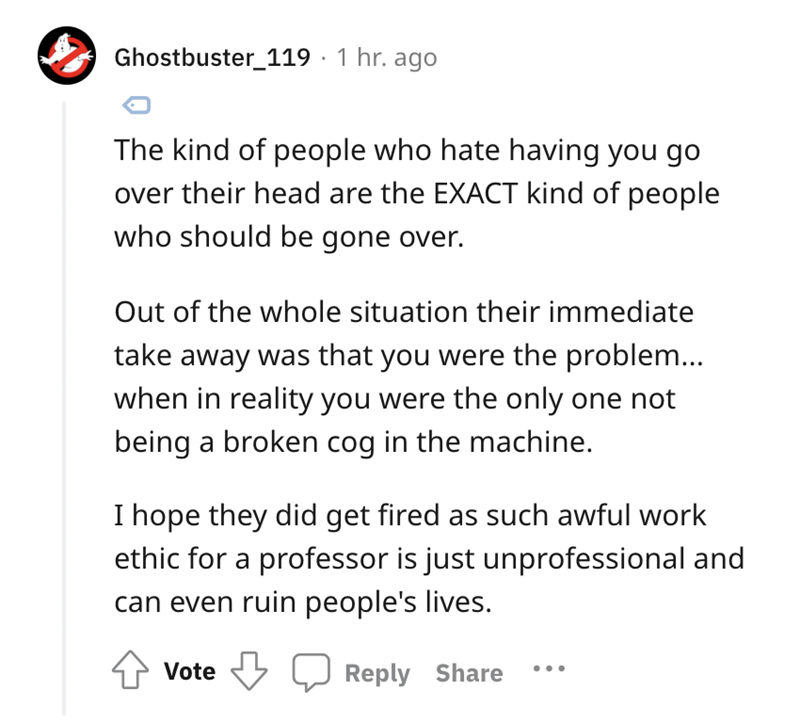 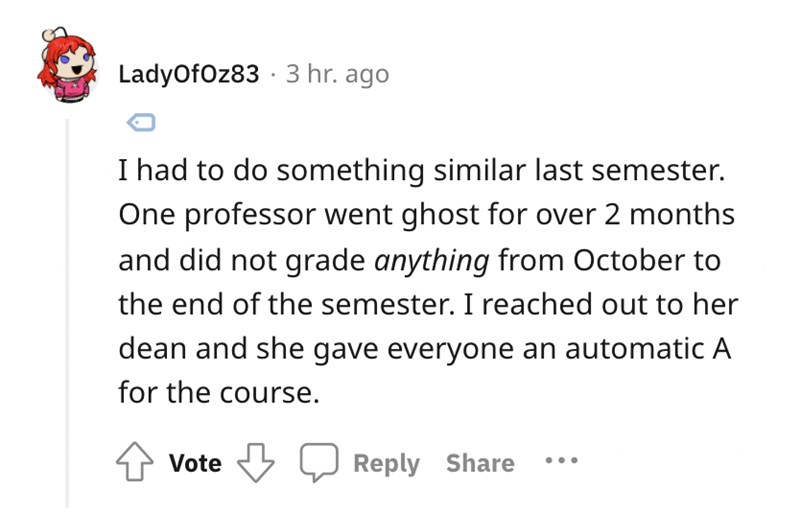 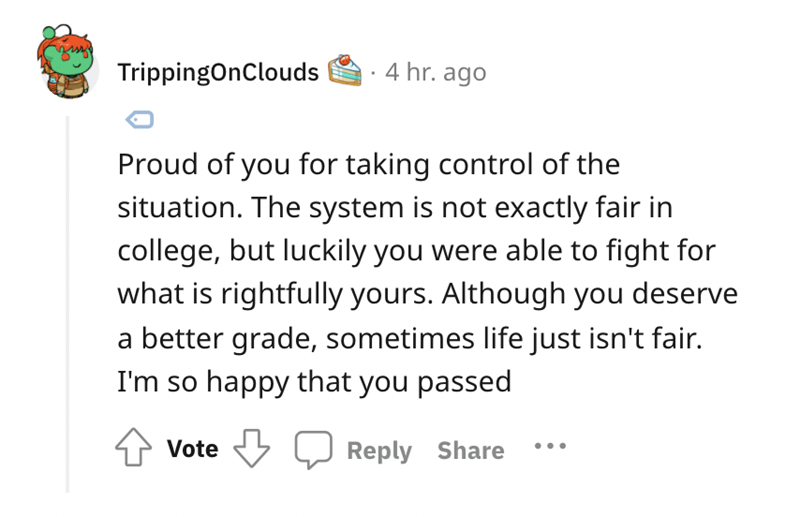 Do you think the professor was fair to the girl? Share your opinions in the comments below.