Is having fun possible in the workplace?

These days, you have to be very careful of the things you say and do. Anyone can put a tag on you if it seems like you are crossing a line. On one hand, it is a good thing that newer generations do not take any crap from anyone and immediately call someone out if they are being inappropriate. However, this can sometimes go too far and people can misuse their right for calling others out. There can be misunderstandings and false accusations and that is when things go too far. Only in a perfect world can we get everything done in line where no one misuses their privilege.
But we are still lucky that we live in a day and age where people in the workplace do not just have to suck it up and accept inappropriate comments from workmates. You will not be dismissed by the HR department if you complain about someone. Your voice will be heard and people will have to face thr consequences of the things they do.
In this case, a man who is of an older age jokingly sang an old jingle during a work meeting. Even though he had no bad intentions, it was misinterpreted as inappropriate and he actually got in trouble for that. The man took the situation as a joke but also as a lesson, but there are things we can learn from this instance as well. Scroll down below to read the whole story:
Source:  jesseberdinka 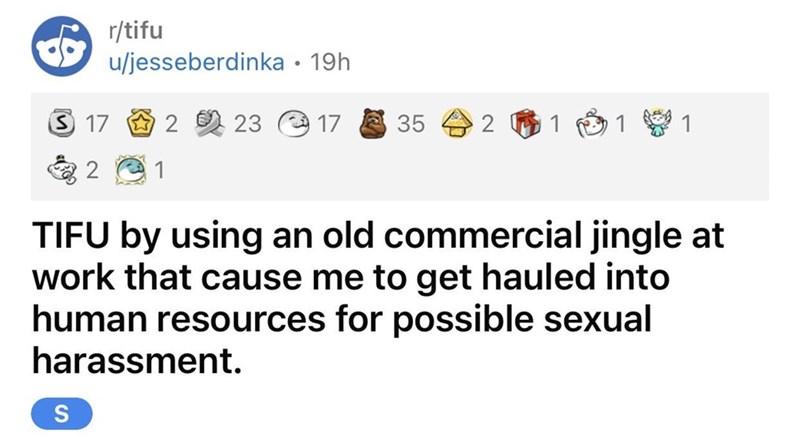 It actually went as far as him getting an allegation on himself.

The guy loves jingles from the 70s and 80s. We can not judge him. Everyone has their own likes and dislikes. But when he sang one in a meeting with clean intentions, his workmate got offended by it and complained about him to HR. He was called to their office and had to explain the entire situation and prove his innocence. 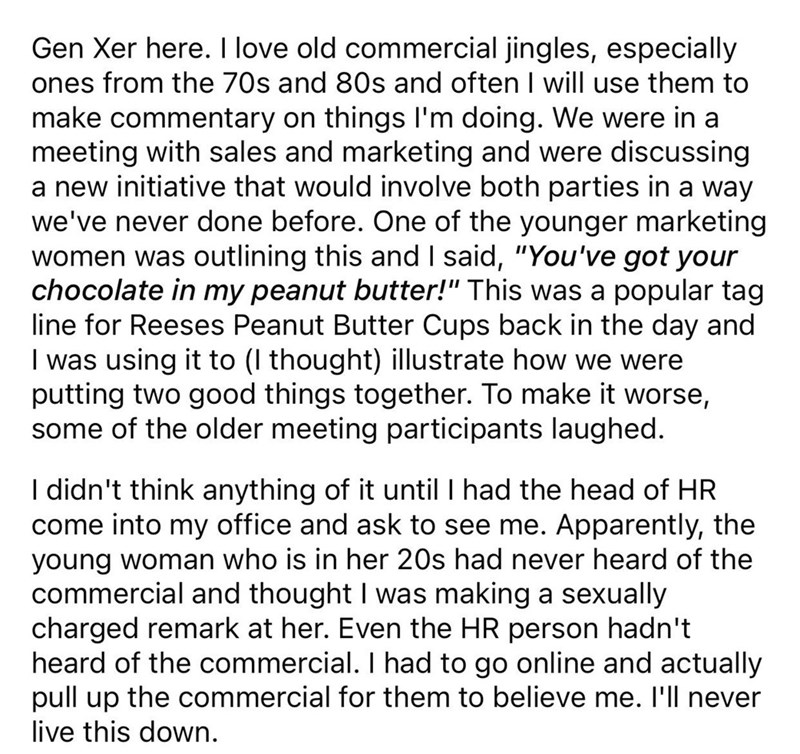 The man later talked about how it was just a laughable event to him but in fact, there are deeper meanings behind it. Times have changed and things have become much more sensitive than before. This can be both a good and bad thing. 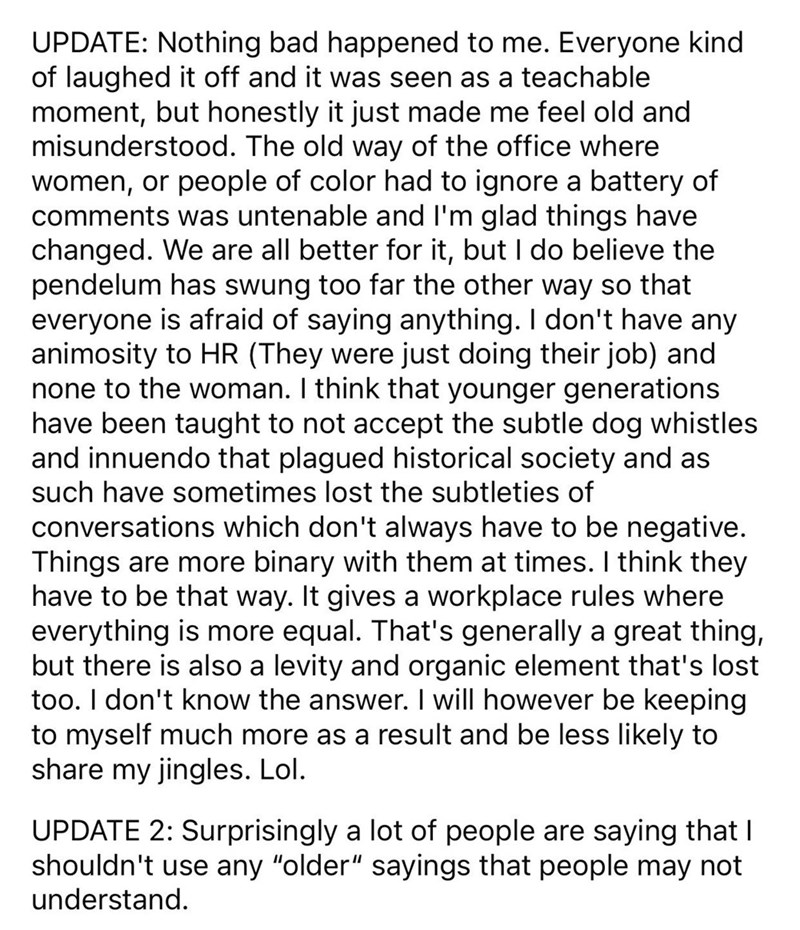 Then the man called out people in the comments for their black and white thinking. There is no grey area. People are either wanting to burn him alive or burn the woman alive. Which is kind of unfair because it was not such a big deal, to begin with. People need to cool down these days. 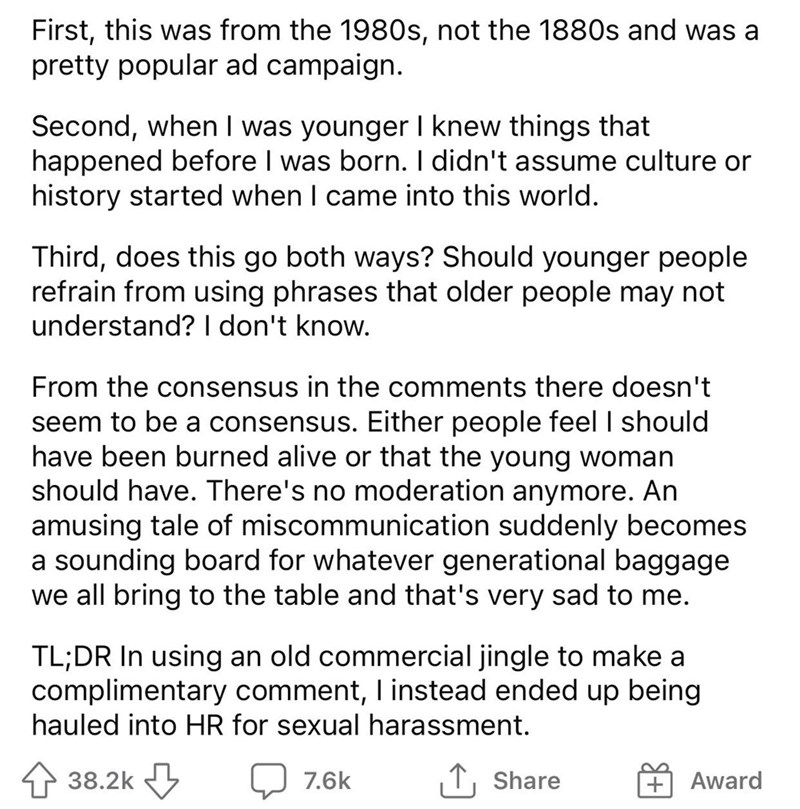 In my opinion, there is nothing wrong with what the guy did. It was just an innocent mistake that was misunderstood by his work colleague. They should bury the hatchet and move on with their lives. 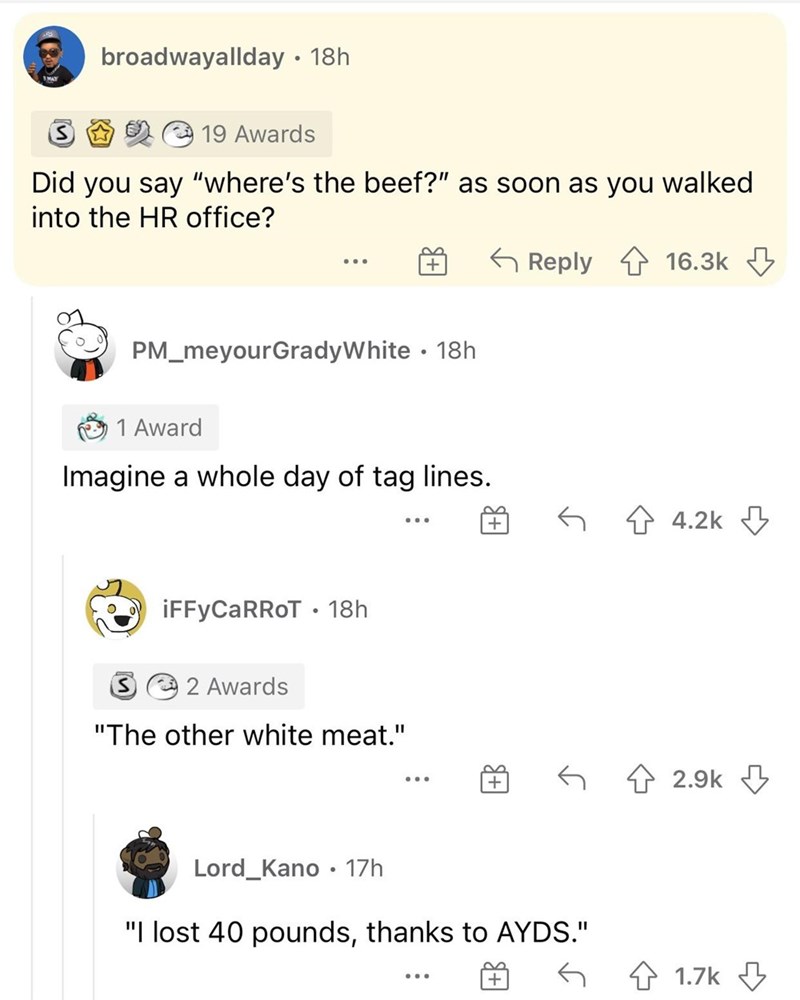 This is what other people had to say about the whole incident: 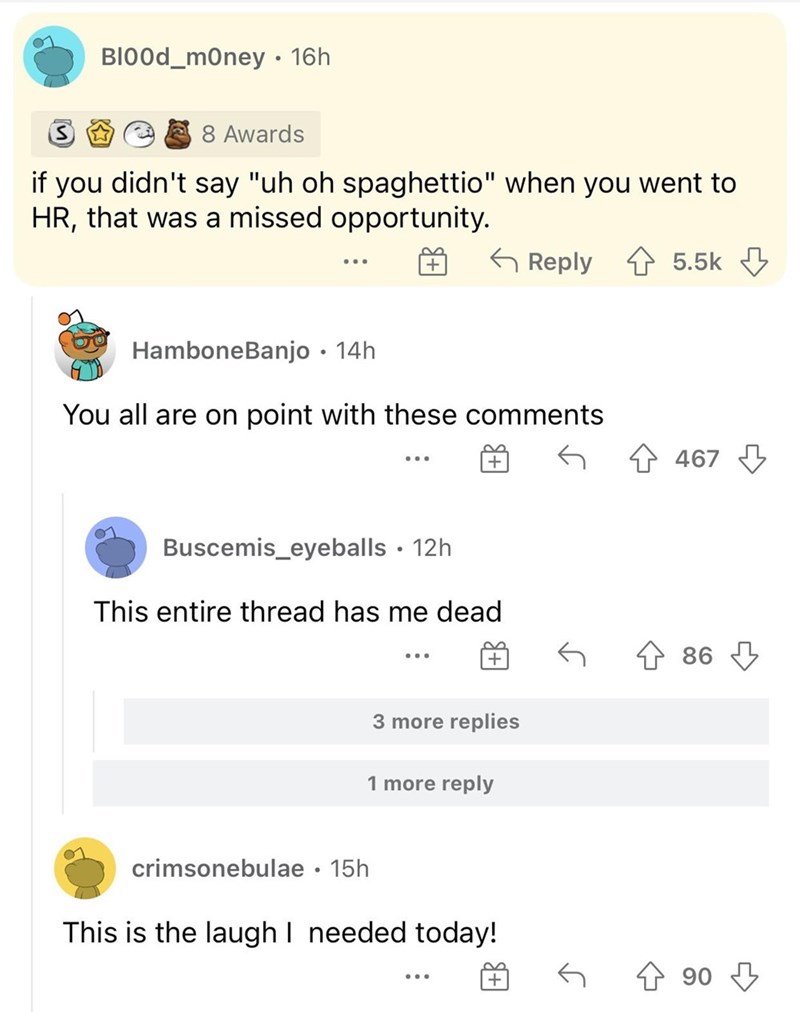 They talked about other old jingles that were gold in their times. 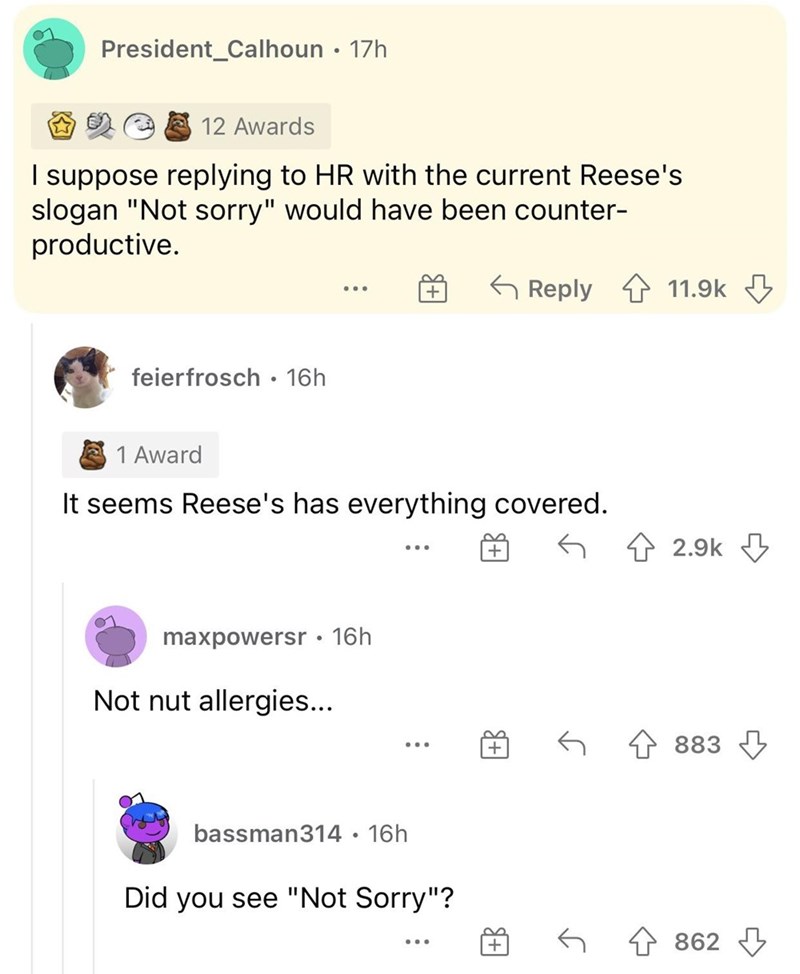 Reese’s is going to ruin this guy’s life.