It’s important to discuss everything including finances with your significant other before getting married.

Whenever you decide to get married, make sure to sit with your partner and talk. Talk about everything especially finances. It’s good to have discussions on gender roles and how responsibilities would be divided between you two but don’t forget to discuss the finances. Who would be taking care of the finances or if both the partners are working, how much would be shared by each person? People who don’t discuss these things first, their marriages end up in divorces. Today, we have a story of a girl who is in a relationship with a man older than her age and who has three kids from his past relationships. He demanded her to merge finances so that he can take care of his children. Scroll down to read the whole story.

Is it her duty to cover his boyfriend’s kids’ expenses? 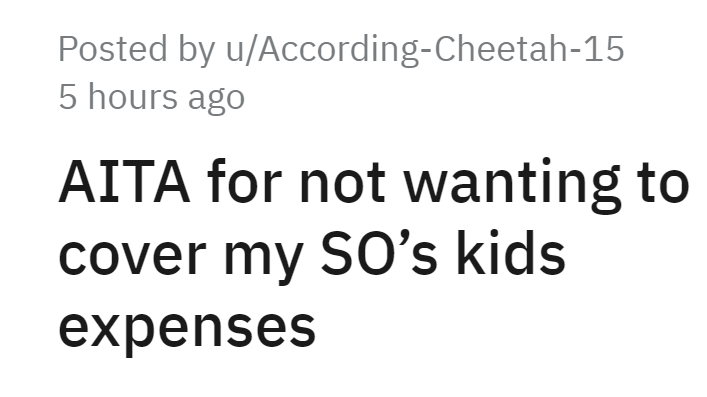 She is in a relationship with a man older than her who has three kids. 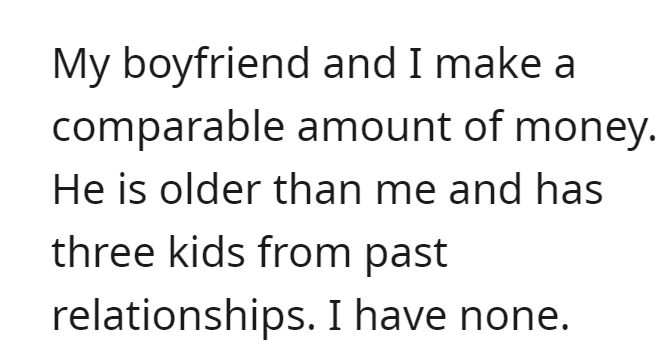 He wanted her to merge finances. 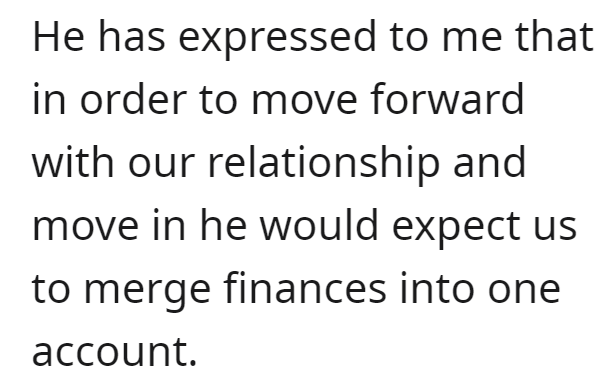 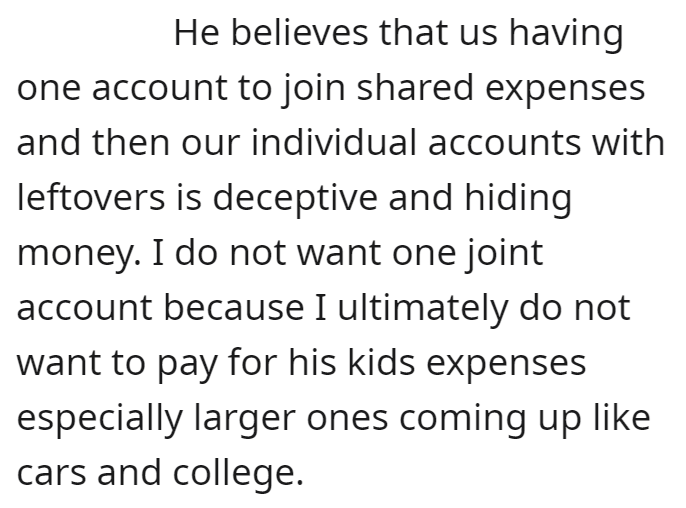 She is not sure how to tell him but wants a solution. 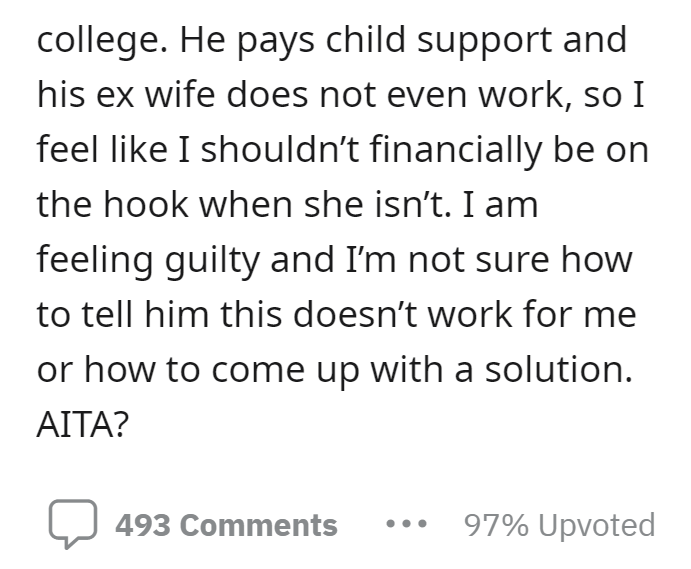 Her point of view: 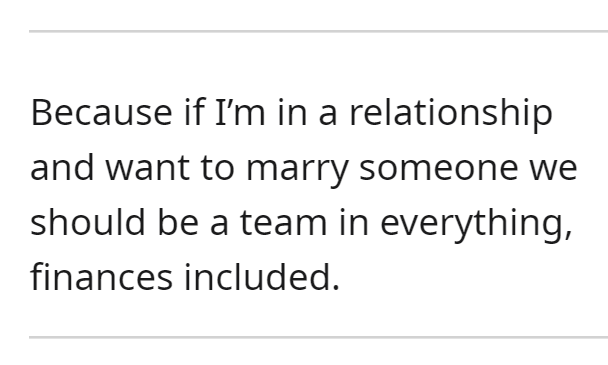 Whether she wants to merge finances or not, it’s her decision. You can not expect her to say “yes and act according to your wish. Well, it’s his responsibility to take care of his children and their financial needs and not hers. It’s selfish of him to expect such a thing from her. People usually merge their bank accounts after getting married but they were not married yet. It’s the kids’ father and mother’s duty to help support their children. Well, that’s what we think, scroll down to read what other people think about it. 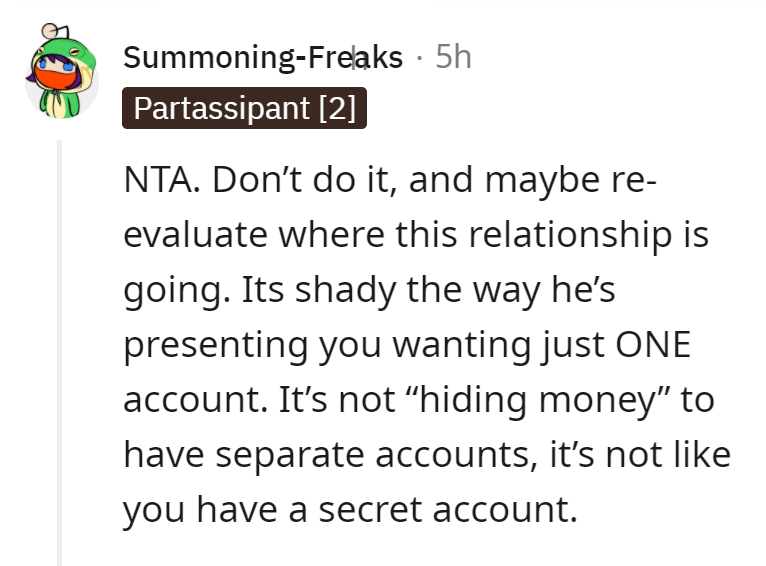 NTA. Be wary of this man. 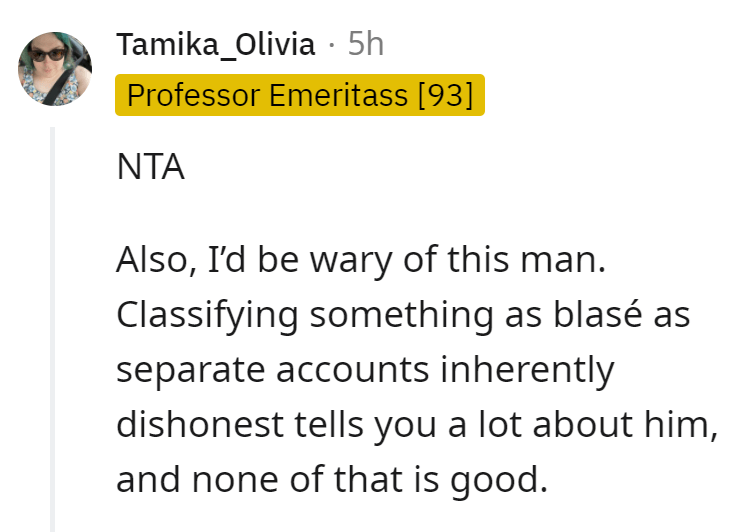 NTA. He only wants her to support his children. 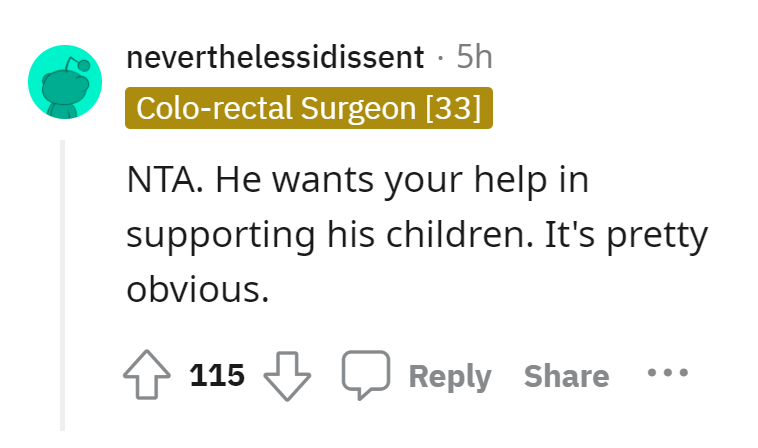 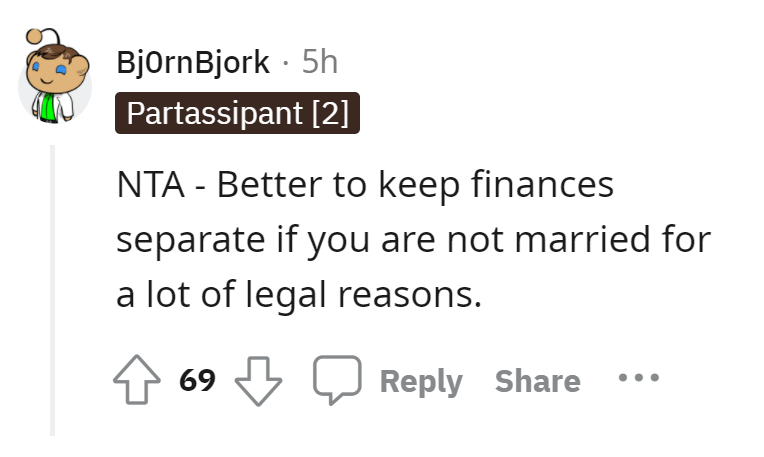 NTA. He is using her and his demand is meaningless. 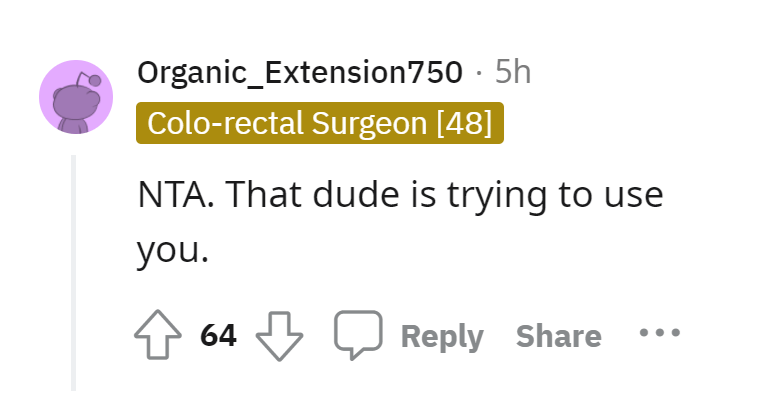 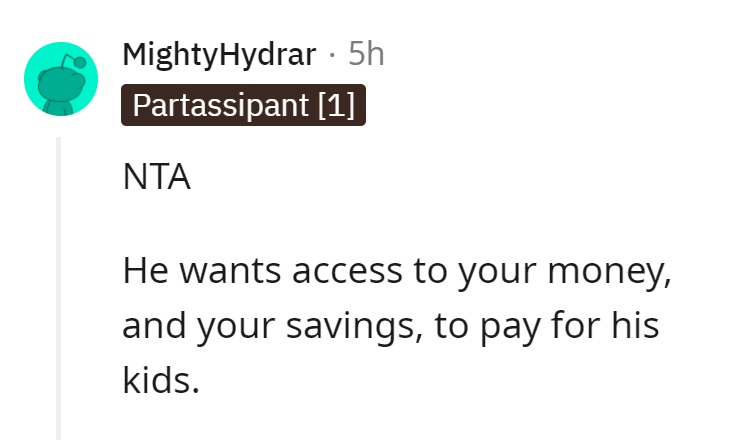 Asking your girlfriend to merge finances into one account and having individual accounts is deceptive and hiding money is clearly manipulation. Since he is older than her, he is trying to manipulate her so that he can use her savings. What do you think about it?  AITA or NTA? Let us know your thoughts in the comments below.