The senior management often overlooks its responsibility, they have this slow-witted habit of not pulling the facade away so they don’t discover the nasty process behind maintaining everything proficiently. They are seasoned culprits disguised as sweet-tongued seniors, who are pretty skilled in effortlessly ignoring everything that the junior employees ask to get corrected. Well, such people need to be taught a lesson the hard way, sometimes.

Rum_N_Napalm has a story to tell where he had been encountering constant ignorance by the owners of the university towards important matters. OP being a chemistry student had also been working as a hazmat disposer for his department. His department’s building had a specialized elevator for taking the hazardous material cart to the disposal site, which became malfunctioned and despite the constant complaints failed to get restored. People used alternative routes until the hazmat disposal day came in and something had to be done about carrying it away safely.

OP’s boss, who appears to be a senior in the department, suggested that he should instead take the stinky hazmat through the administrative building’s elevator. OP complied with the orders and did what he was asked to do, he had to face lots of odd stares and disgusted faces as the material he had been carrying gave off a reek of dead and rotten. Unaware of the connection between these steps, OP reports that the elevator got fixed within days. Turned out, that the boss exactly knew what he was doing and it sure did make a difference!

How and what precisely happened has been very well explained in the post below. Give it a read, you’ll definitely be surprised and in hysterics simultaneously!

1. Let’s name this story ‘The chemist and the stinky cart’ 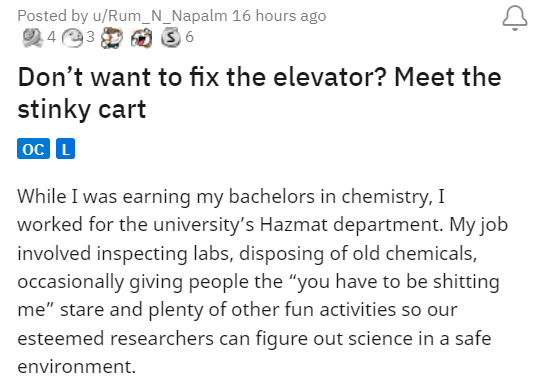 2. The chronicles of cancerous cells and deadly banana fungus 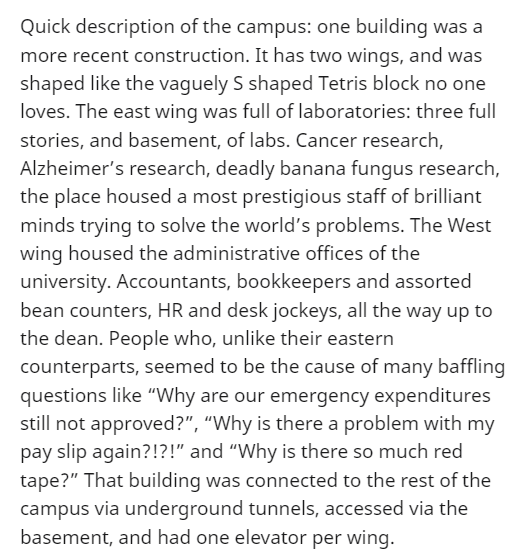 3. The administrative building elevator comes into the limelight 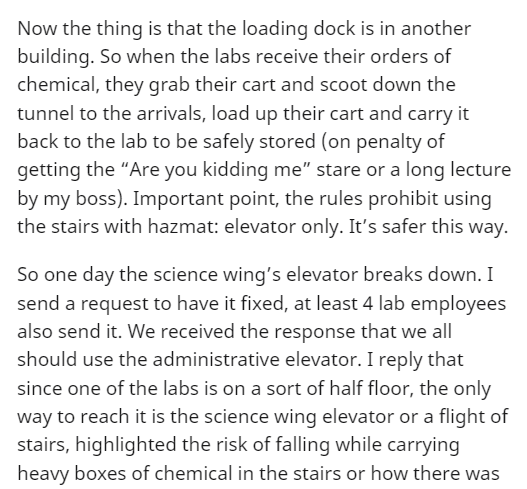 4. Boss makes his move because to him safety was no laughing matter 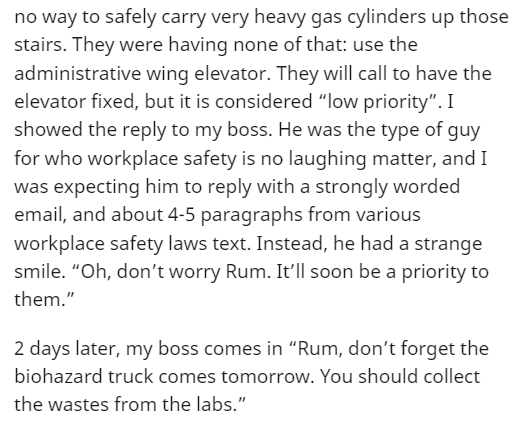 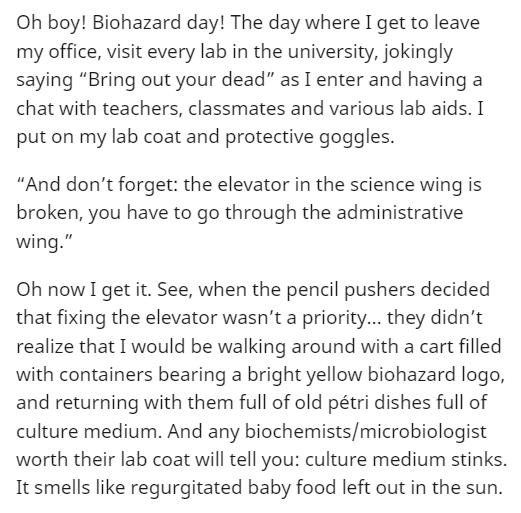 What the senior management wasn’t weighing was how this step could be extremely hazardous to the health of the people around but also could cause some serious damage as carrying biohazardous material opening isn’t a matter to be taken lightly. Not only did the management pose serious ignorance but they also put the life as well as the property on the university premises at stake.

” Hope they take the broken one, I do not want to carry that Marburg virus back again through here, I might catch it, and only 1% survive it, I would have a better chance if the Ebola gets out, at least that is 10%, but that one still seems to not have broken fully yet”

6. As you passed by their offices, you should have loudly commented ‘attention please, anyone immuno-compromised? biohazards coming through!’ 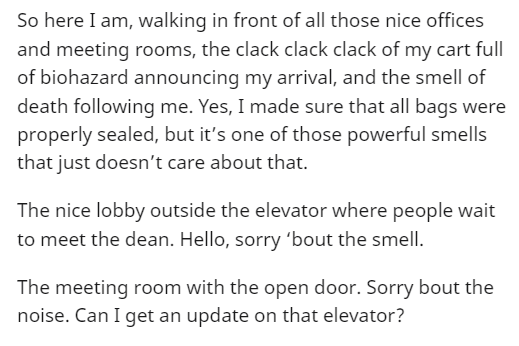 7. The notification of elevator restoration is issued 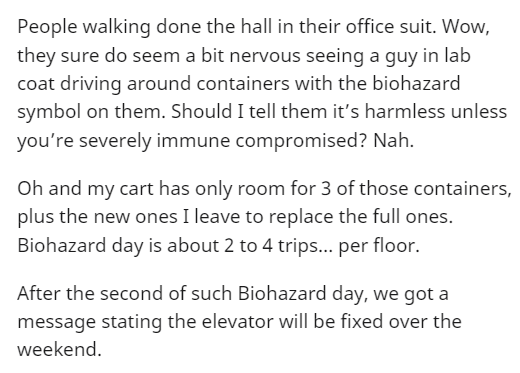 8. Commentors testing their wit, come up with hilarious chantings OP could adopt

9. Watch for the droplets, they could dissolve your toes!

It’s funny how owners had to be exposed to the nauseating stink in order to make them understand that this matter was of no facile. Have you encountered such a situation during your professional life? Do let us know your story in the comments below!