Always check your facts before announcing something publicly.

Working as a manager can be hectic, I agree. There is a lot of responsibility that comes with the job. You are held accountable for the performance of the employees working under your supervision. So even if you are doing a good job but staff members aren’t co-operating, you will have to answer the owner for their short-comings. However, a good manager knows how to handle his employees. He knows how much work is required and what level of work is considered efficient. Sometimes managers go overboard by making their employees do unnecessary things. This only destroys employee morale and makes them hate the manager, which doesn’t benefit the company at all in the long term.

This person on Reddit shared their story of working with a new manager who couldn’t even do his research before attempting to school employees. He destroyed himself trying to embarrass them. Scroll down below to read how it all happened:

The person worked in security and had to make a report for what happened during their time. 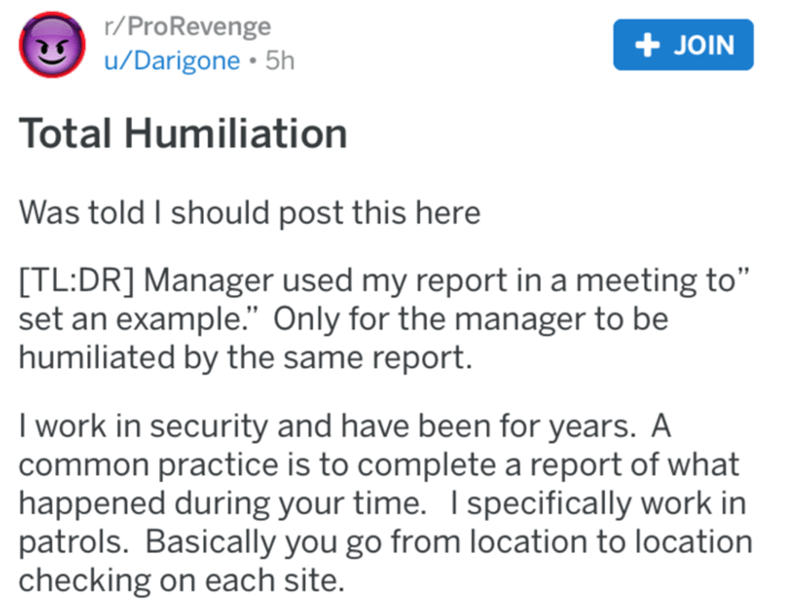 So basically, it was a patrol job. A new manager had just recently joined, and he wanted to do things differently. 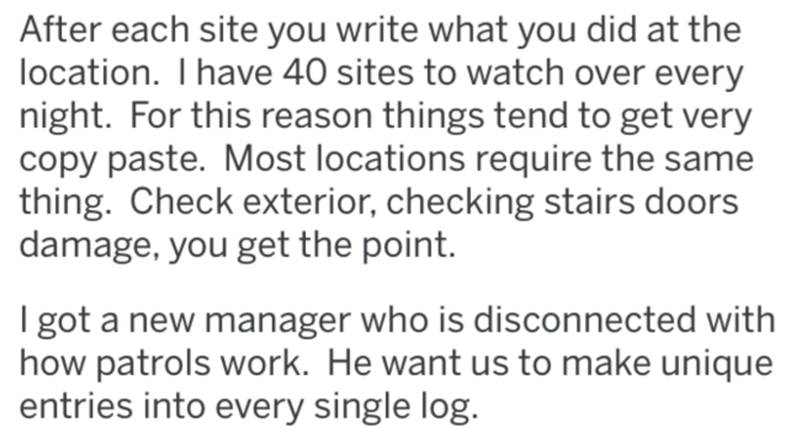 He wanted all the logs to be unique, which means no more copy-pasting for the exact same events happening repeatedly.

However, the man just copied the site orders and didn’t write anything unique in his reports. 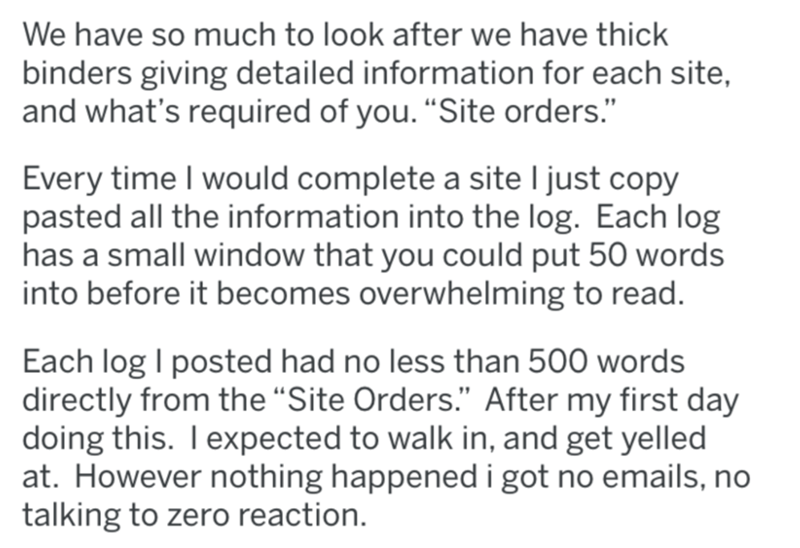 They had a quarterly meeting and the manager walked in, praising the man’s reports. 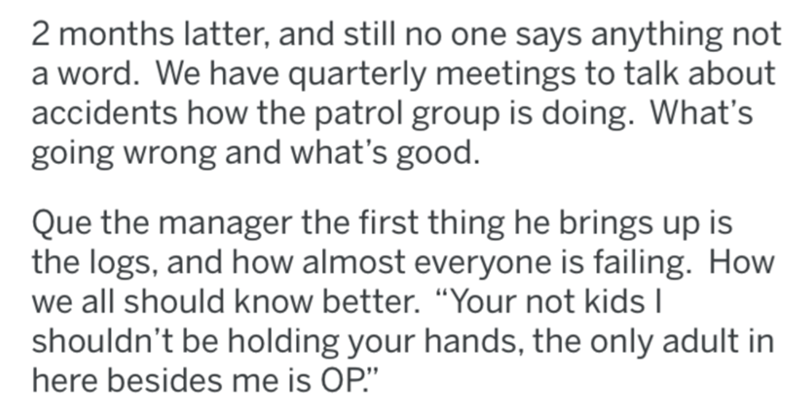 An argument broke out, and the man revealed that he had been doing nothing but copy-pasting site orders in his report. 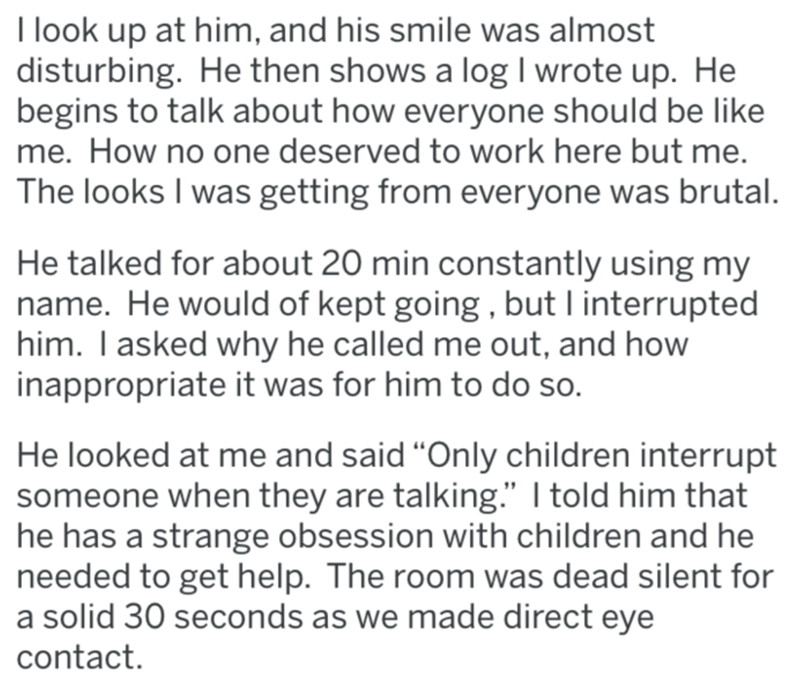 This caused outrage among the other employees and the manager got yelled at by all of them. The manager quit later on. 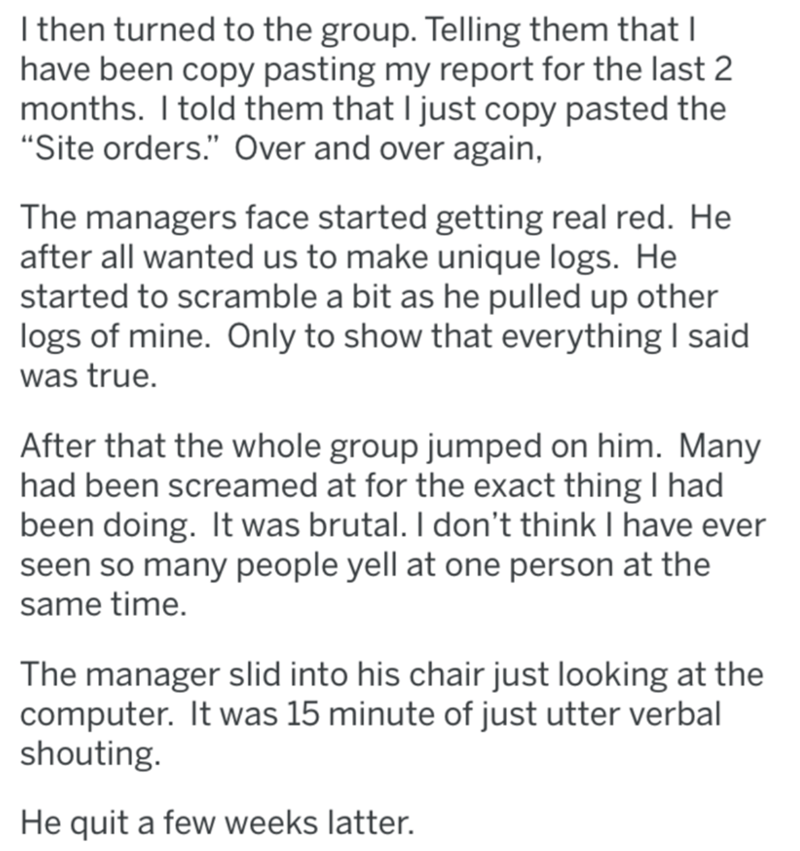 This is why you should always do a fact-check before speaking so confidently about something. Also, if you just joined a company, wait for a while, and see how things work to understand what would work best and which changes need to be made. Just blindly changing procedures would never help. I hope this man learned his lesson.

He really brought this upon himself. 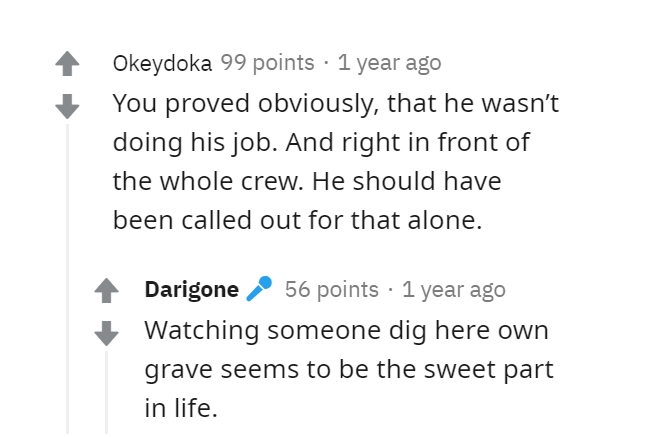 The manager must not have been experienced enough. 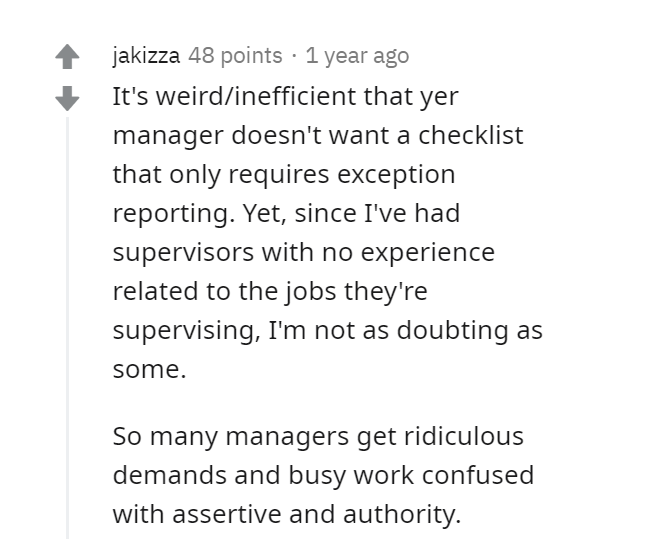 How to announce to the world that you are terrible at your job:

Things really took a turn for him.

This man had some amazing comebacks up his sleeve.

What do you think of this story? Share your opinions with us in the comments below.