Having a crappy boss can make work really difficult for an employee.

A lot of creative or efficient minds are muted when a boss forces employees to think inside the box and not use innovation in their work. This might make things steadier in the short term but it affects a company’s survival in the long term. When you argue with your boss, it can really ruin the work environment for you. They will now target you and criticize you over every little thing. It grows with time because they have listed you as one of their least favourite employees. Work can become hectic and almost impossible when such a situation is created.

This chef on Reddit shared his experience of working for a narcissistic and greedy manager, who caused his own demise after messing with employee salaries. Scroll down below to read the whole story:

The chef had been working tirelessly, which resulted in a lot of profit for the restaurant. 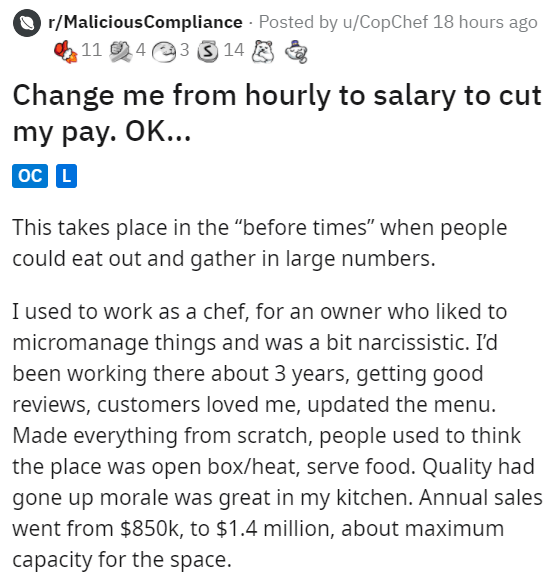 However, most of the profit was wasted by the owner because of his reckless spending. 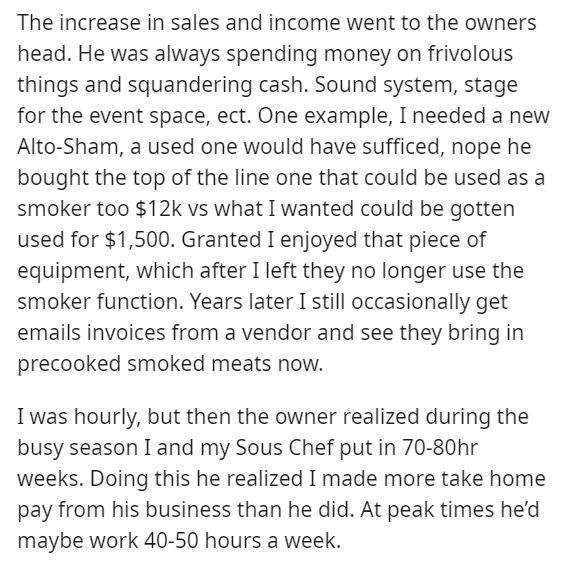 So the manager decided to save money by cutting the chef’s pay by about $10k a year. This meant that he would only work 40 hours a week instead of 70-80 now. 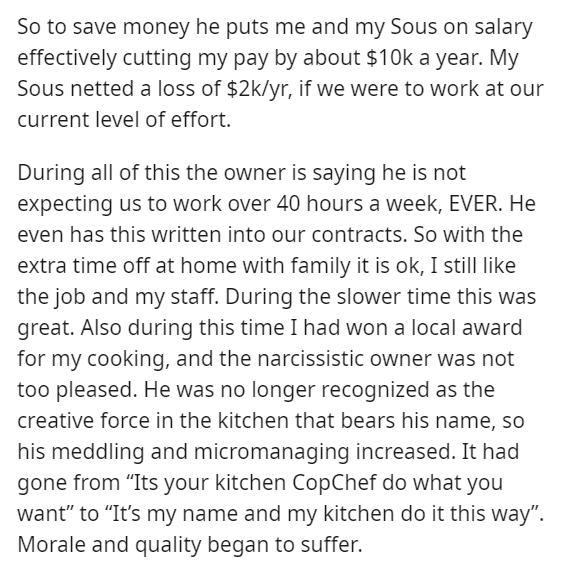 The chef’s Sous needed 2.5 months off and these were peak times for the restaurant. However, he only worked his 40 hours and refused to work overtime. 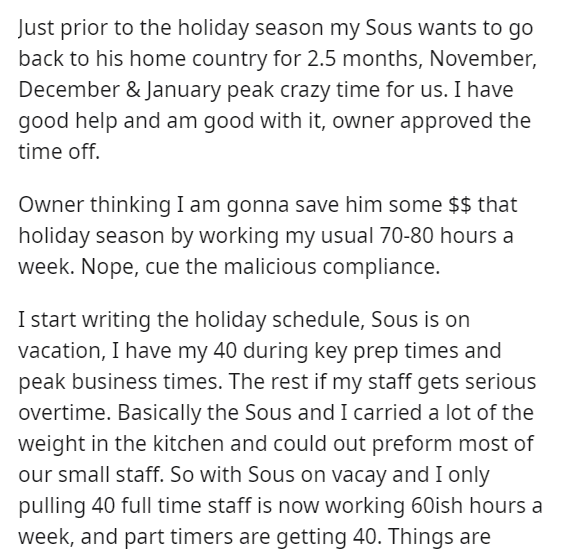 As a result, the rest of the staff had to work overtime and it cancelled out the money the manager was saving by cutting the chef’s pay. 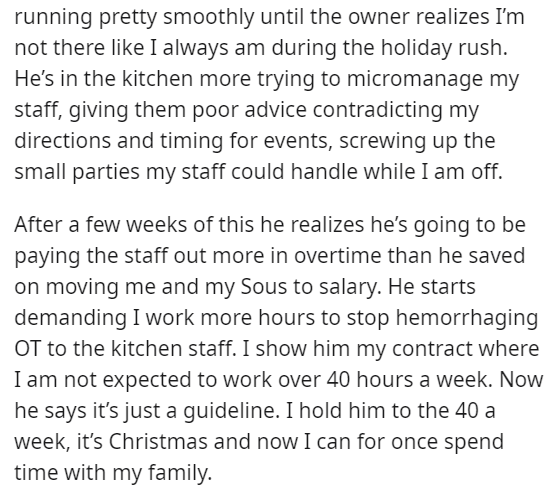 This caused a lot of disagreements between the chef and the manager, so he finally quit his job there. 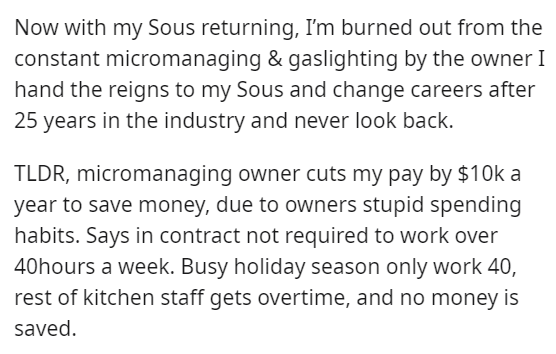 Whenever someone does you wrong or treats you unfairly, just go with the flow and let karma take its sweet revenge from that person. What goes around always comes back around. You can’t be evil and expect it to never come back and bite you in the behind. So be careful of your actions and how you make other people feel, you never know when you will be next in line.

This is how other Redditors responded to the chef’s story: 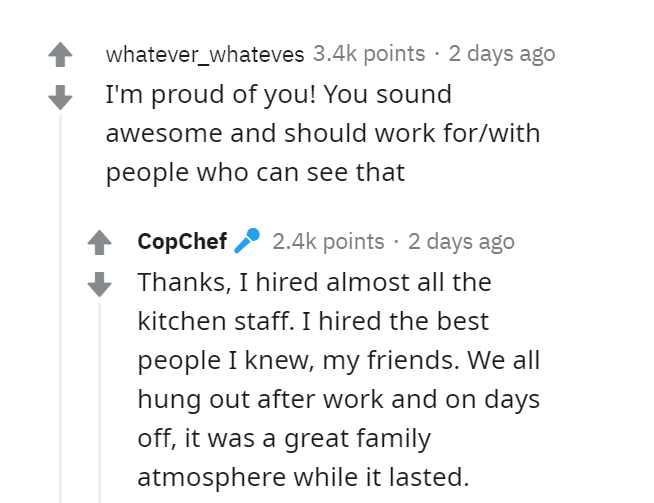 A good staff is an asset.

We could only wish owners weren’t narcissistic. 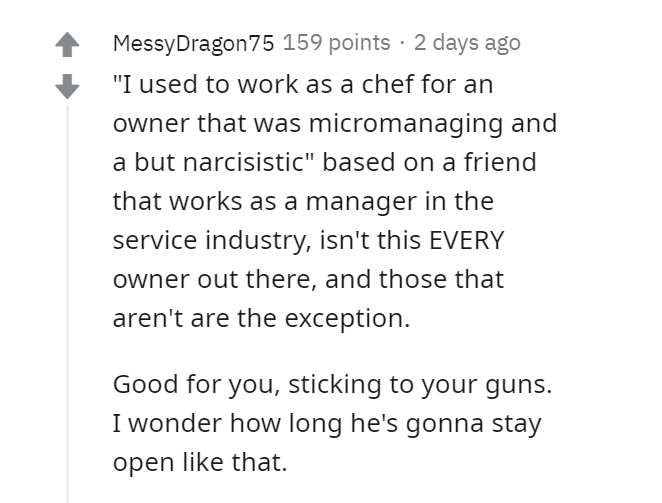 The chef explained their current situation as well.

We can completely understand why he quit. 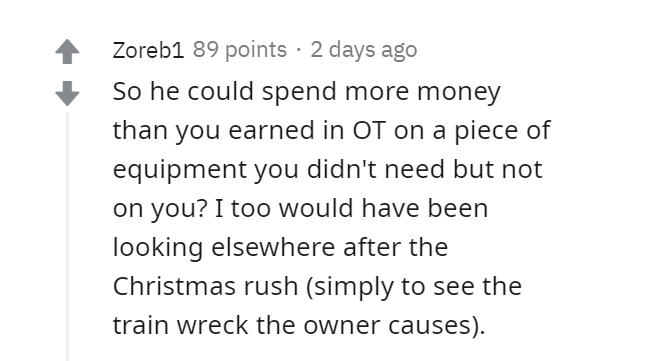 The future doesn’t seem so bright for that place. 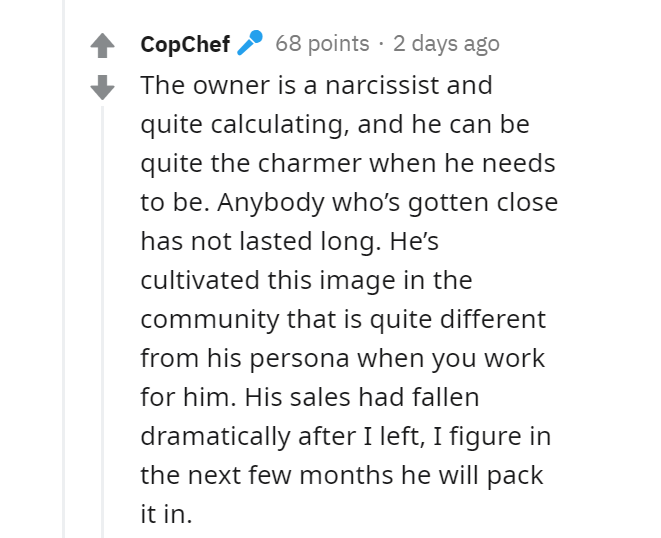 Reading stories like this always makes me feel inner satisfaction. What are your thoughts on this? Share them with us in the comments below!