Some people think they can get away with anything.

And sadly many do. I am sure we have all heard stories where managers or people higher than a particular employee will use their position to steal the idea of a junior to pitch as their own. Usually, they do not get reprimanded for this because the juniors decide to let it go. Or even if they try, nobody believes them.

Thankfully this story is not one of them. It is always good to see people get what they deserve. And this guy deserved a lot worse. Stealing someone’s idea is one of the worst things you can do at a job. But ‘Bob’ did it anyway and things eventually revealed themselves slowly. After all, nothing stays hidden forever. You can scroll below and take a look for yourself how that went.

That actually doesn’t sound like a bad place to work at. 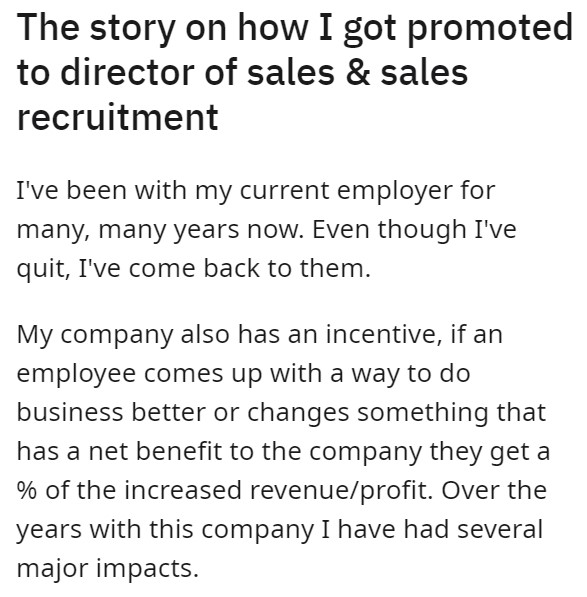 They actually let everyone pitch their ideas. 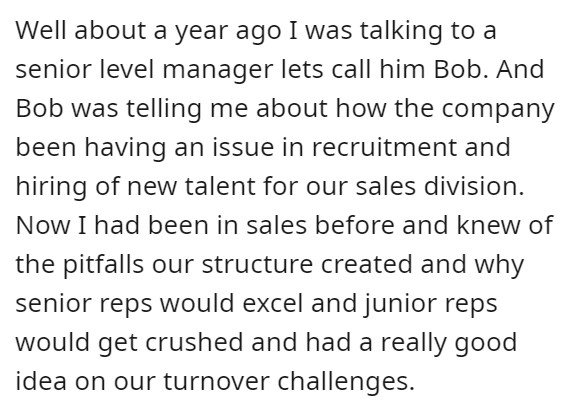 So she decided to first go through Bob so she can get him on her side. 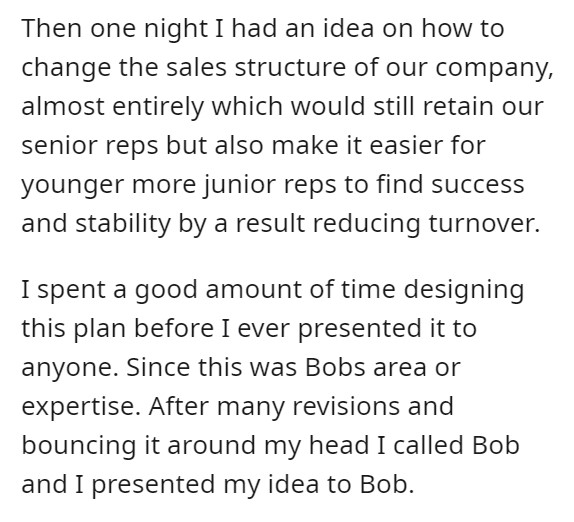 he at first seemed thrilled about the idea. 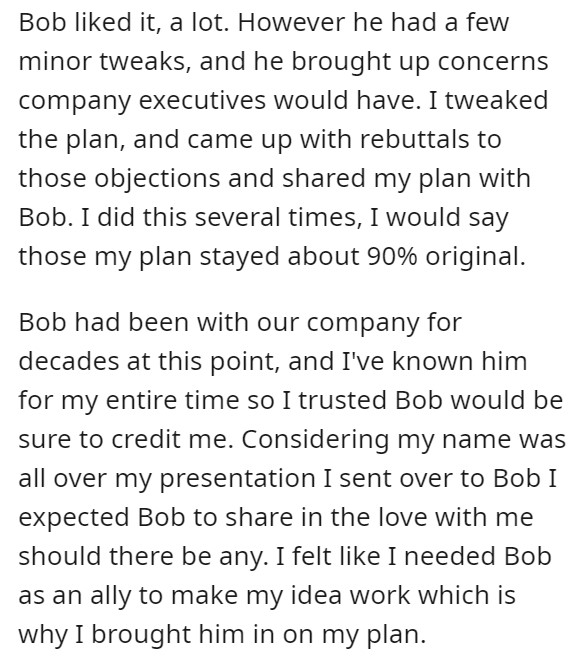 However, this is when things went wrong. Apparently her idea got rejected. 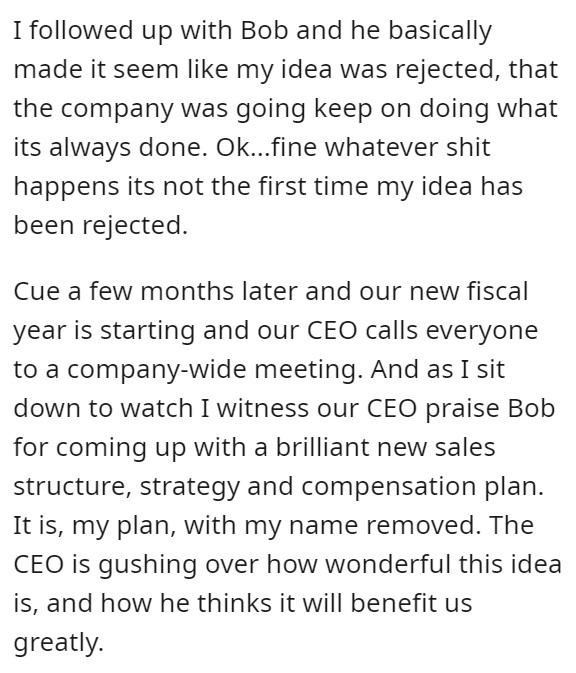 Bob is apparently a moron thinking that he could pass off someone else’s ideas (that he openly discussed with them OVER EMAIL AND MESSENGER, which automatically creates a digital paper trail) as his own. Smh. Did he honestly think you wouldn’t dispute this to the fullest? No wonder he was going to be forced into retirement, he’s an idiot. –k1r0v_report1ng

But lo and behold only a few months later the truth came into the light. 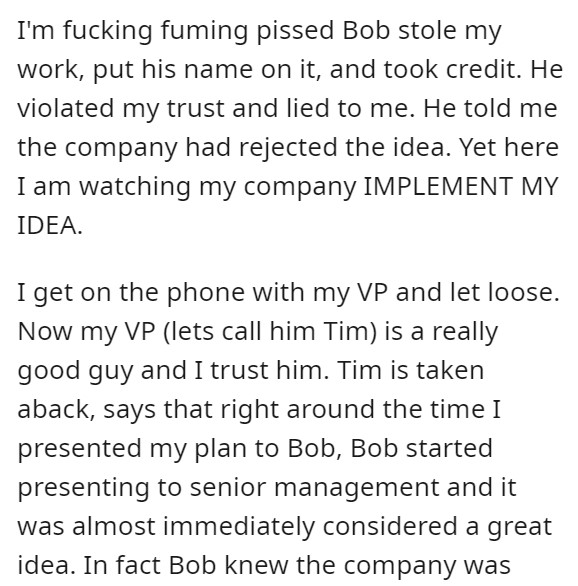 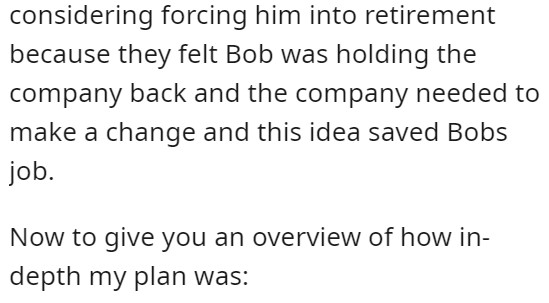 Can we all just take a moment to appreciate the management in this organisation. These organisations are truly precious and must be cherished. –uk_1997

And she was definitely not going to stay quiet. 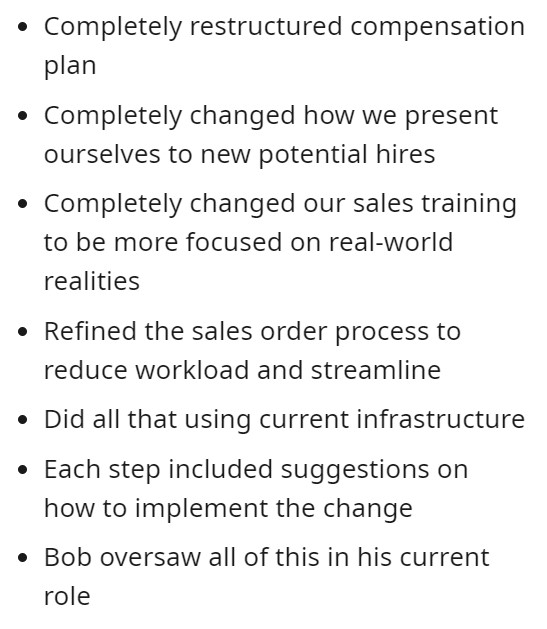 So she went onto prove that it was her idea all along and he stole it from her. 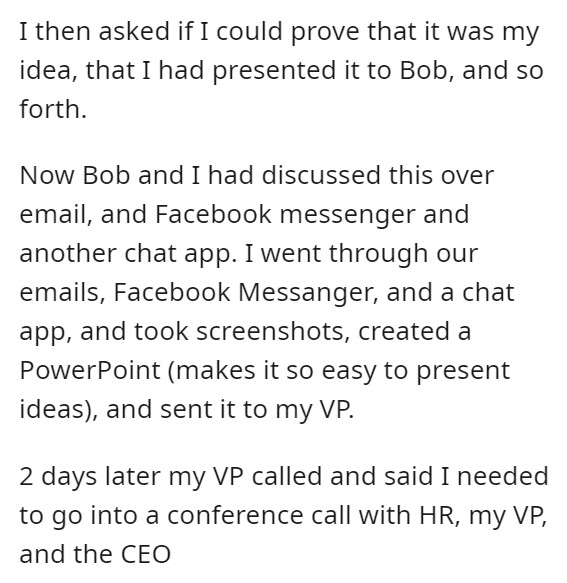 Bob is old, and always had problems with technology. I don’t know what he was thinking, but I had a rock solid case that I was the author of the idea and although Bob did help with the idea, the vast majority of it was my work. –PJExpat

Because of the extensive proof and the extra research they believed her. 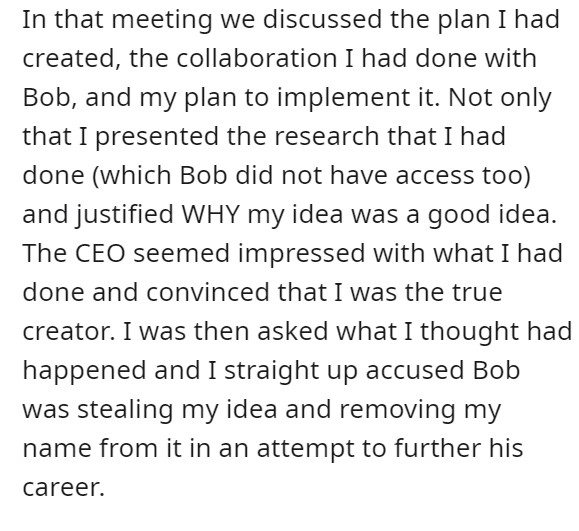 But things didn’t end there. 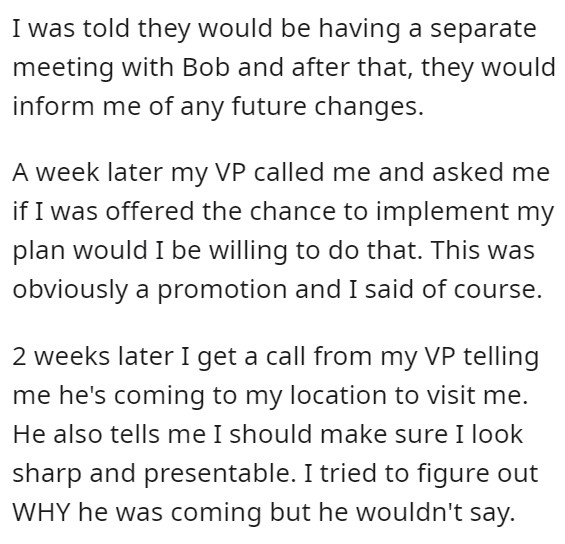 It was clear there was more going on behind the scenes. 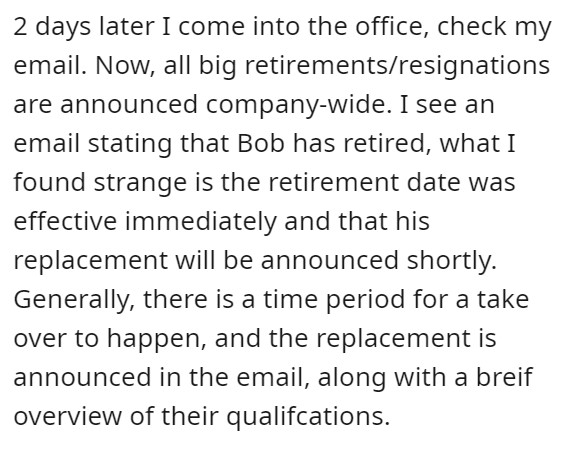 And she realized what that was when they offered her the promotion. 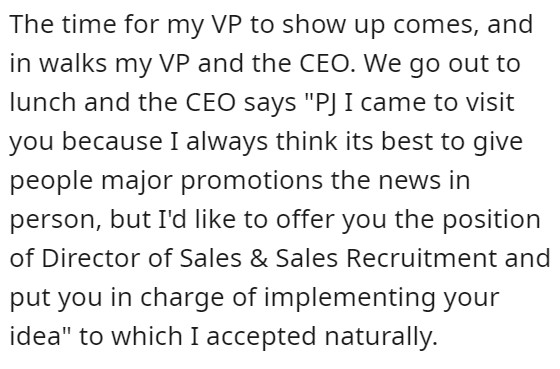 To put it simply, he was forced into retirement and that is what he deserved! 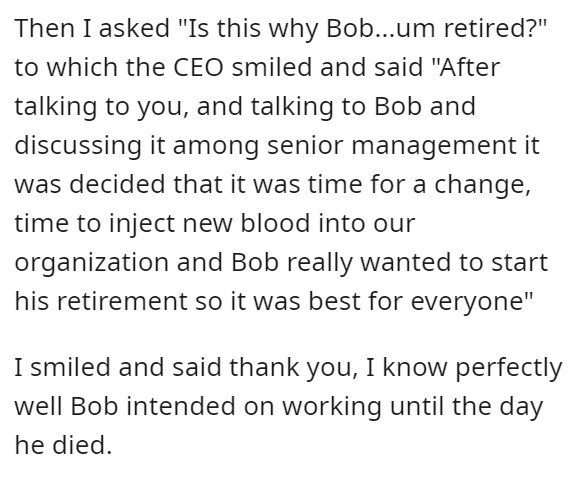 Wow, that was amazing!

I wish my wife could do this. She’s exactly in the same situation, where her supervisor has purposefully neglected to give proper credit to her and taken up all the praise and salary increases.

She can’t though because the whole damn departments that matter, they’re all the higher-ups are all friends. The supervisor, the head of HR, and several VPs in the department. And I mean, this industry is where you get to where you’re at because of who you know and how much they like you. –Resoto10

What are your thoughts on this revenge story? Let us know in the comment section below. and don’t forget to share this story with the world!