An employee getting back at his previous company.

It is always so nice to see a story where the ‘little man’ gets to go against a company or a corporation and emerges successful. After all these people think they are untouchable so it is always great to see them brought to the ground from the high horse they sit on. And it is especially delicious when it is all done according to the law.

You see this story is about how the company this guy worked a wanted to fire him but didn’t want to compensate him for the program he had developed. A program that was essentially running many things automatically and making everyone’s life easier. Rather than buying the software from him, they forced him out of his job.

But what they didn’t know was that the program couldn’t run without some sort of maintenance. This is where the revenge part comes in.

These kinds of things always happen when a company changes its directors. 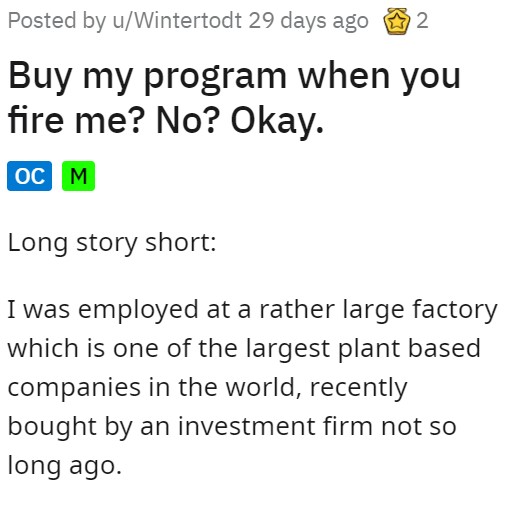 So this guy had developed an amazing program with his own time that helped everyone at the company. 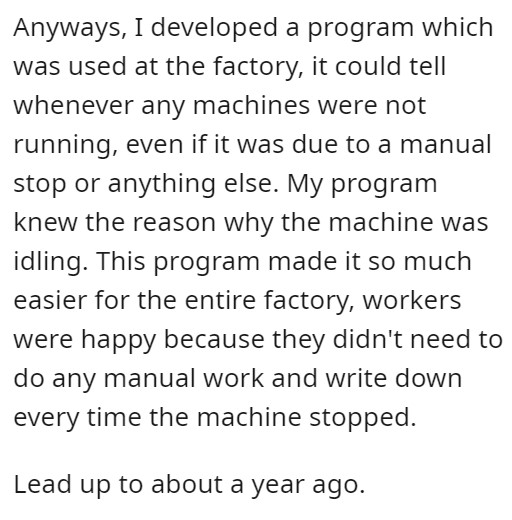 The new managers realized the program was very important. 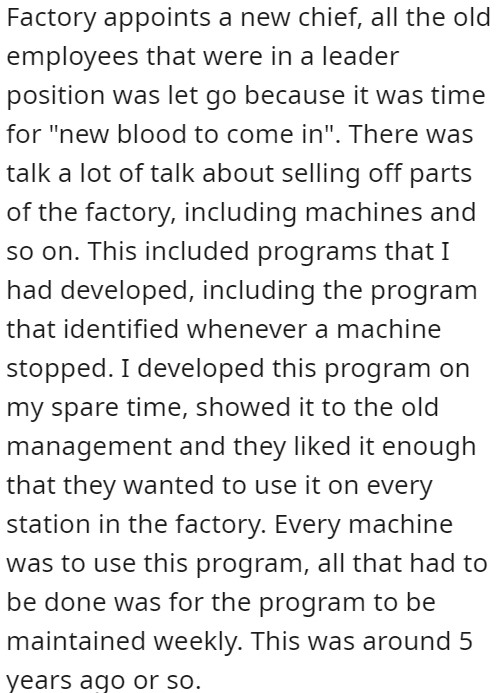 But they thought the program belonged to the company, not to this individual. 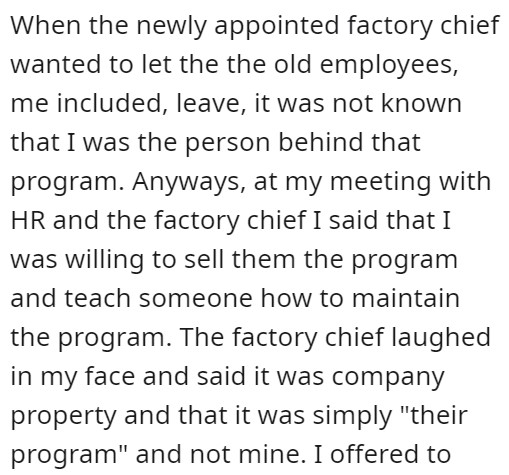 So he was let go without a solid reason. 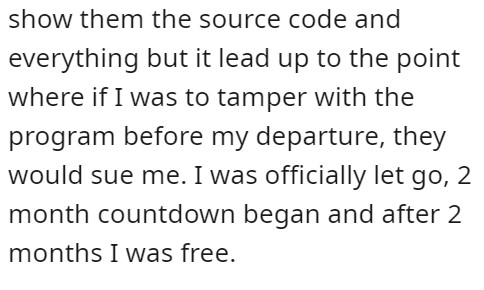 I am retired from a global manufacturing company. One of the pre-employment forms I was required to sign stated that they would own any patents I received while I was working for them and for a period of two years after my employment ended. Any extra compensation I would receive would be determined solely by the company.

This included patents not related to their products. Two months to go and it will expire. Paperwork is ready to go when that happens. –Liu1845

However, what they didn’t realize was that someone was needed to maintain the software. 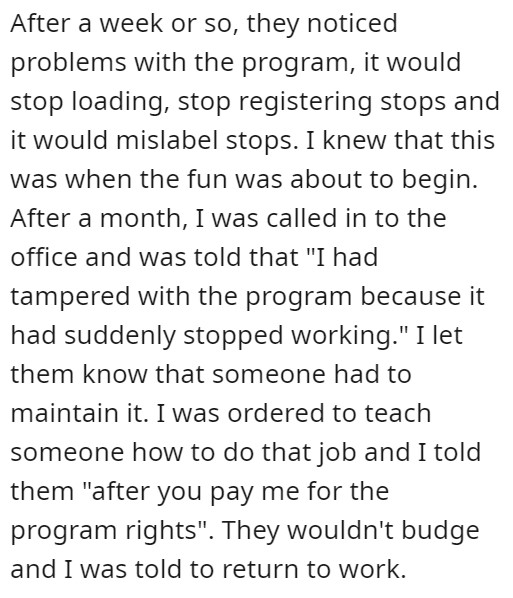 He didn’t care what happened to the machines and the factory chief was obviously up in arms about it. 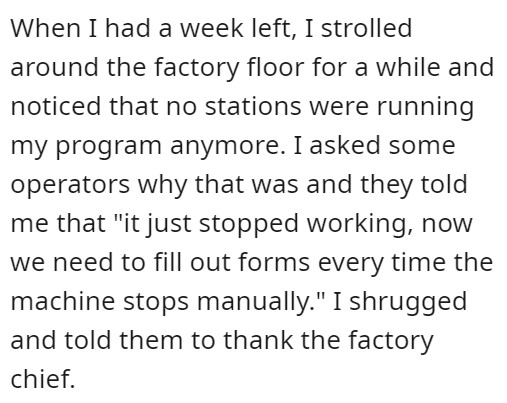 So even when the management ‘learned their lesson’ and called him. He was not going to let go of what they had done to him. So he decided to sell the software after all. Just not to them.

At least the other company paid him. 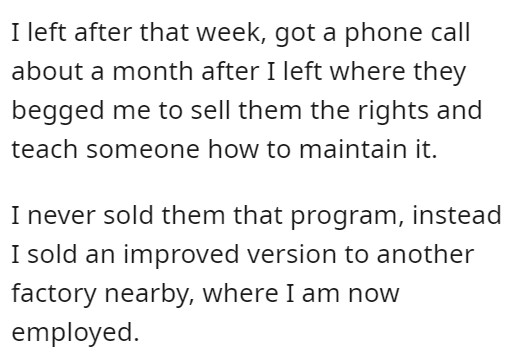 Good on you. Unless it was the CEO who came forward and apologized with a nice sized check I would have done the same thing. –Henniferlopez87

And before anyone comes for him, he decided to explain that what he did was within his rights. 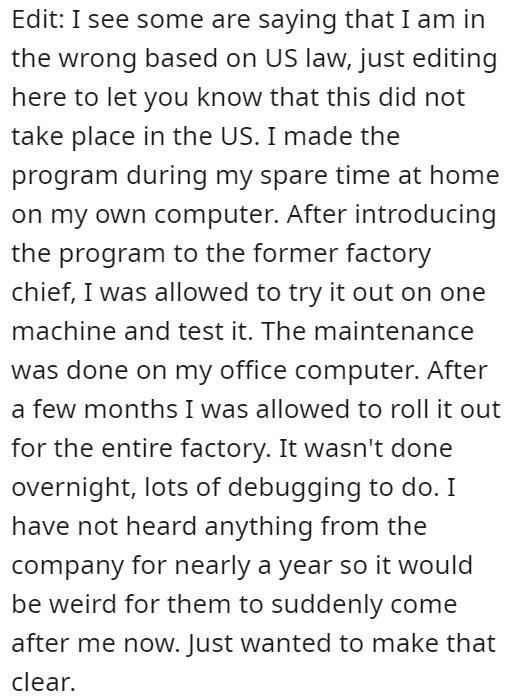 What do you think of this revenge story? Do you think it was satisfying or was it missing something for you? Comment down below and let us know.