We all know that there is no greater headache (if you’re a renter) in many regions of the world than participating in the rental market. Landlords are notoriously deceptive, and there are far too many out there who want nothing more than to defraud those who provide them with a source of passive income. Nonetheless, millions of people have little choice but to rent if they want to have a place to call home. It can feel like those who own our homes have us over a barrel all of the time, which is why hearing stories of people achieving justifiable retribution is so satisfying.

This was the case with u/cousin, EpicWinterWolf’s who took matters into her own hands after learning that her landlord was planning to evict nearly everyone in her building on fraudulent grounds in order to renovate and raise the rent. She and many of her neighbors were granted permission to repaint before their eviction notices were given, in a clear example of malicious compliance. They didn’t say how they planned to redecorate, though. want to hear the story of malicious compliance and revenge? Scroll down below and have a good time.

1. When one of the tenants uncovered papers at the landlord’s house, they realized something was wrong. 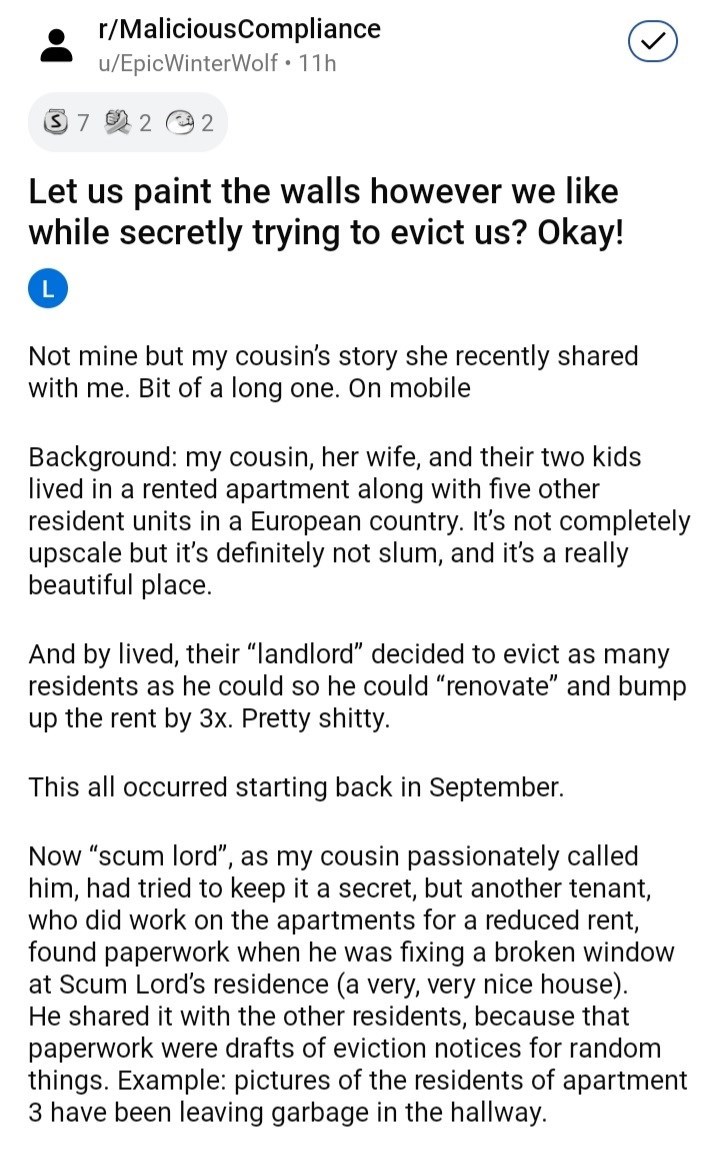 2. When all the tenants got to know that the scum lord was plotting against them to get them evicted, they got an idea of how to teach him a lesson by maliciously complying ti his “paint the houses” order 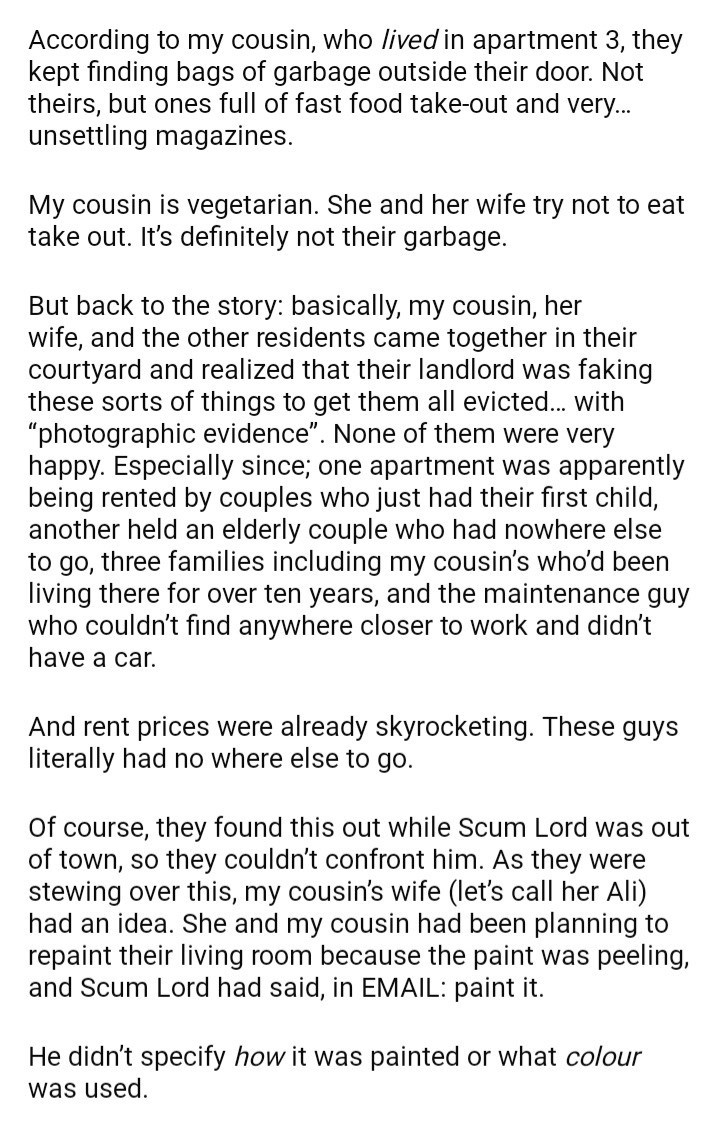 When one of the tenants uncovered papers at the landlord’s house, they realized something was wrong.

3. Interestingly, they took advantage of their free pass to go all out with their redecorating. 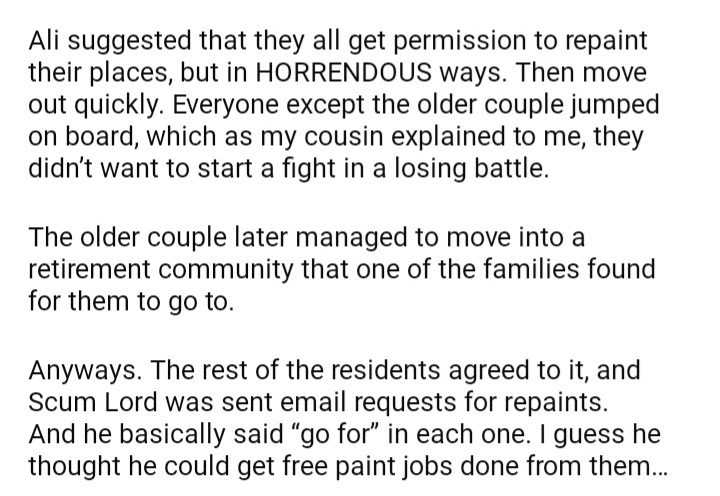 4. They painted the whole house a disaster. They put layers of black paint and made amorphous patterns on the walls and moved out of the house later 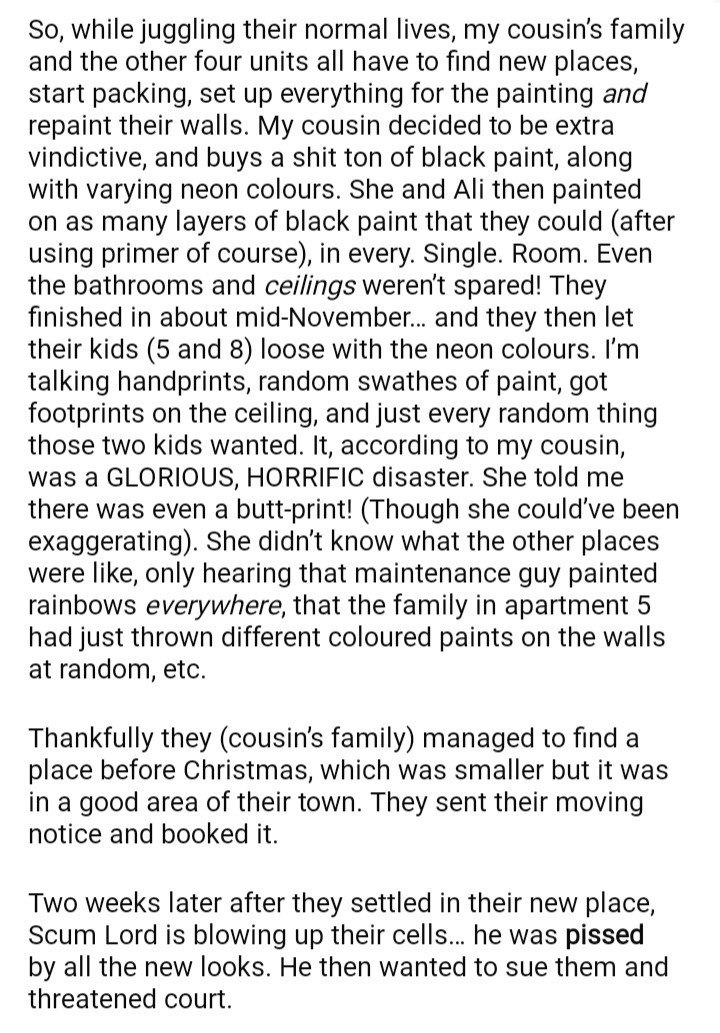 The tenants showed their creative skills when it came to painting the house. This was a hilarious and a savage move.

5. As brought into the court by the scum lord, all tenants provided evidence of his fake allegations. The court there away the scum lord’s case and ordered him to pay restitution damage 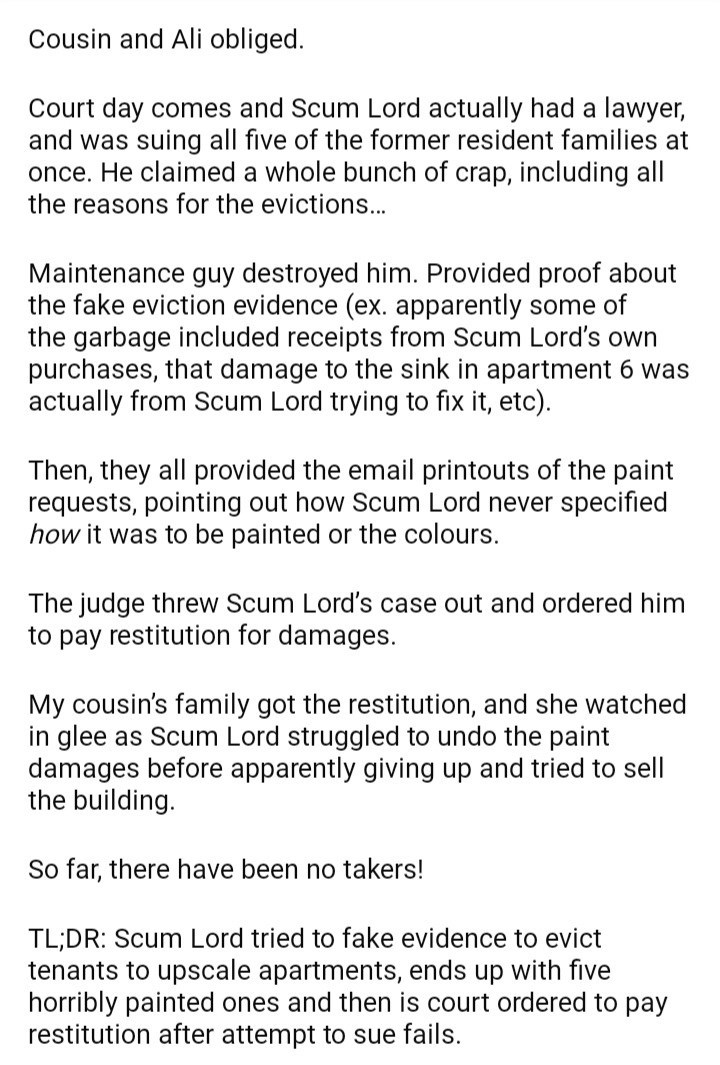 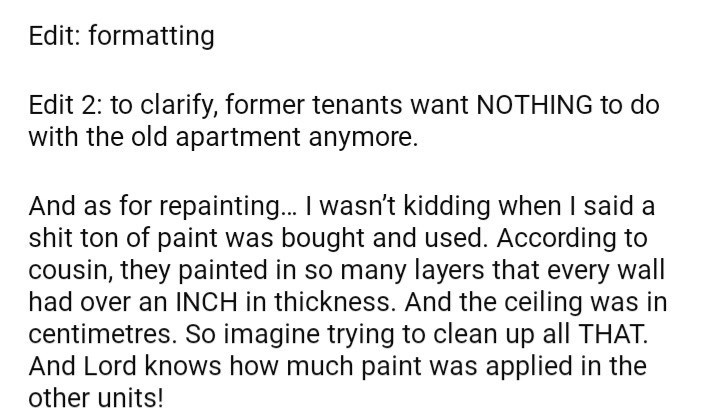 7. Redditors were ecstatic that the plan had gone off without a hitch. 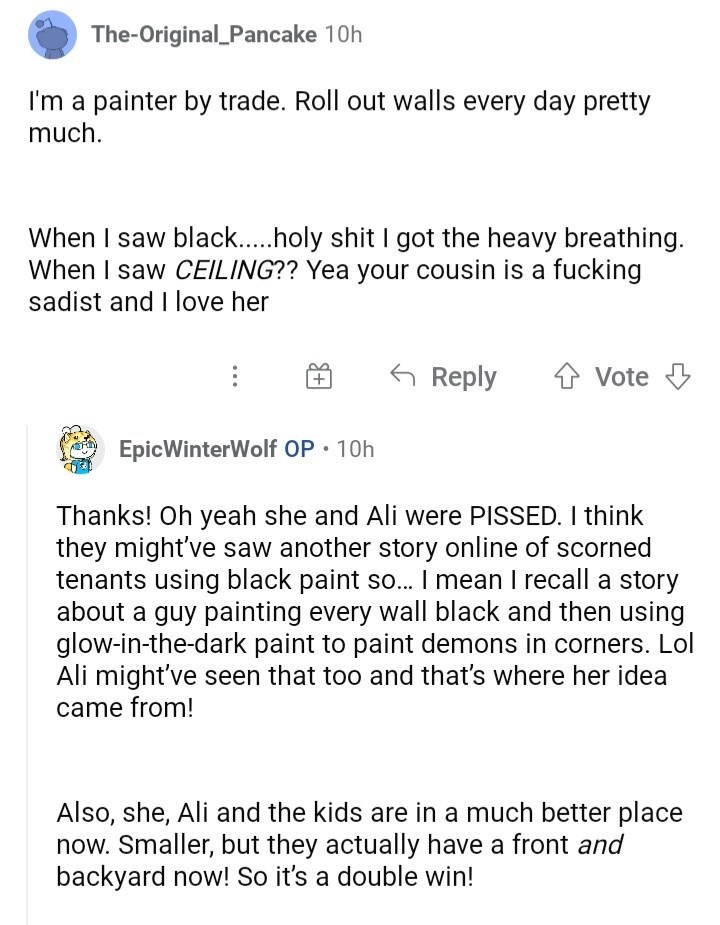 8. We all would want to watch it through photos

9. The most hilarious comments on the story are here 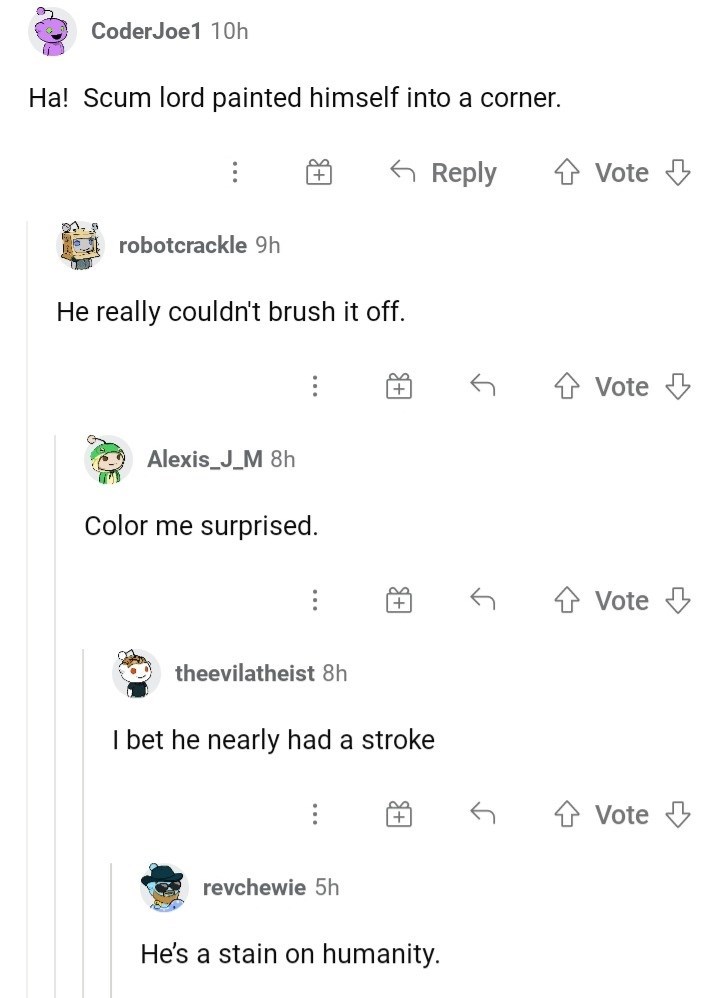 10. Glitter can be a fun thing to play with 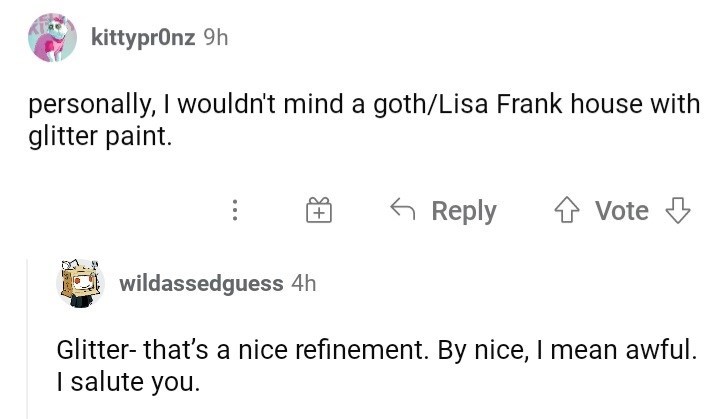 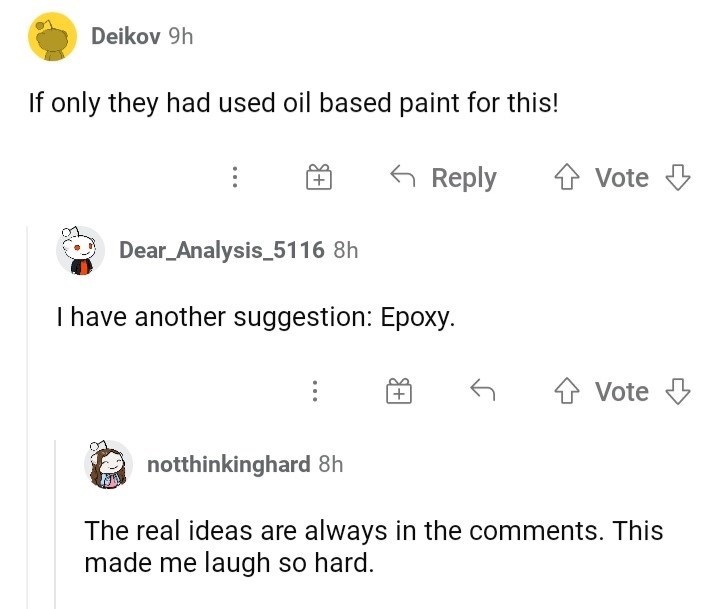 13. For those who can’t read long stories, here’s the TLDR

These smart wits were plainly no match for unethical landlord practices. It simply goes to show that if we’re prepared to put in the effort, there’s strength in numbers. What are your thoughts on this story? For more fun stories, keep sticking around.