There’s no doubt that the Marvel universe has captivated the attention of the entire world. The series’ creativity, animation, plots, and performances by the actors have elevated it to a new level of excellence. This group of superheroes not only possesses the superpowers to control the world and save people from disasters and wars but they are also known for having a fantastic sense of humor.

We have always seen them on giant screens performing actions and delivering dialogues, but when we see them behind the screen and on different interview shows, they never fail to put a smile on our faces and make us laugh. That’s the reason we adore these Marvel Universe cast because they are the ones who created a universe full of fantasy, magical powers, and, of course, a world filled with laughter. Thanks to their witty and deep jokes and one-liners!

So, let’s check out some of the hilarious interviews where the MCU cast trolled each other that will make your room full of laughter!

1. Oh no! someone please report a murder case… 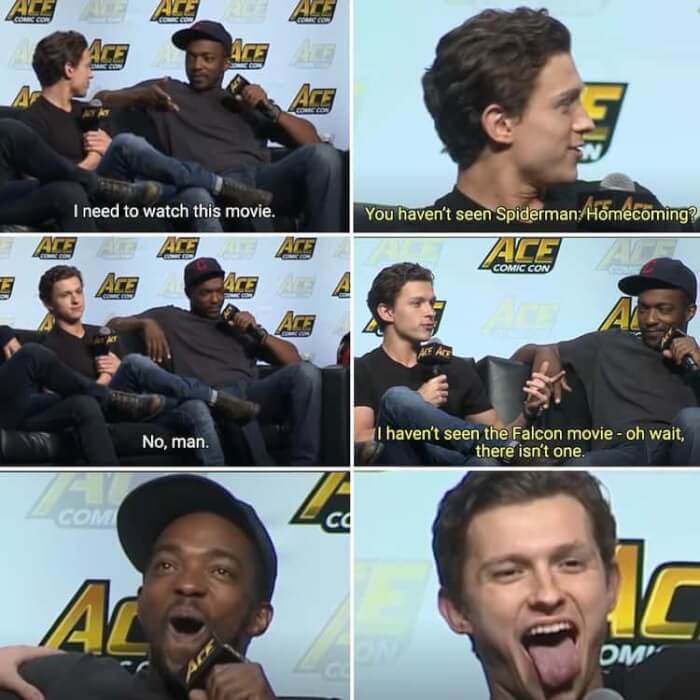 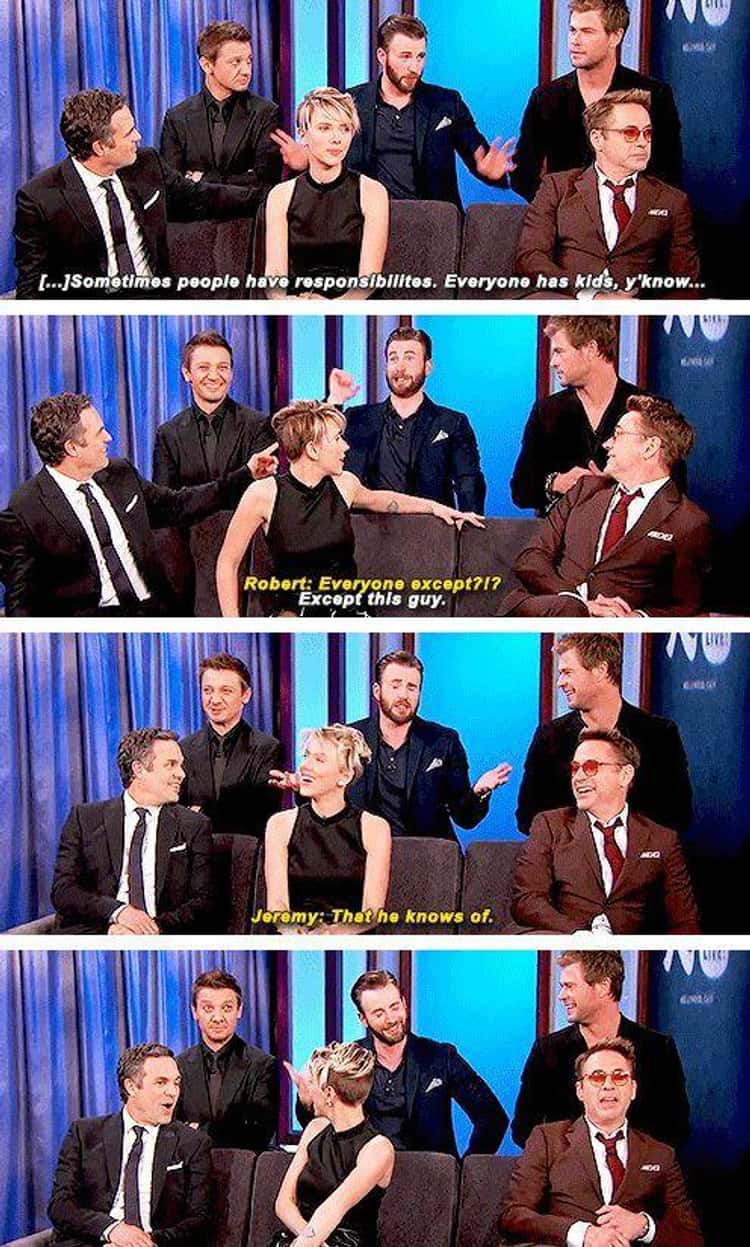 3. Someone please call the fire department! 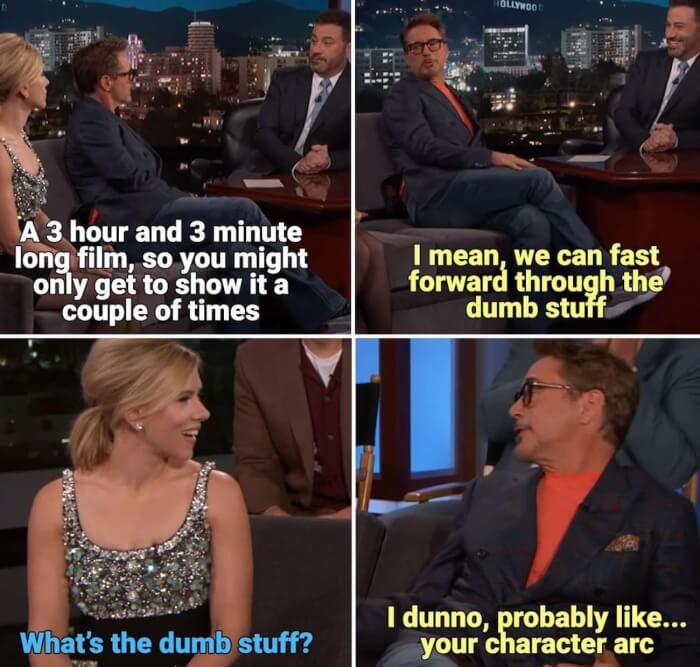 While Tony Shark is known for his excellent performances, he is also known for his smart and dark sense of humor – and no one can compete with his level of trolling!

4. Well, we also thought that it was Evan. 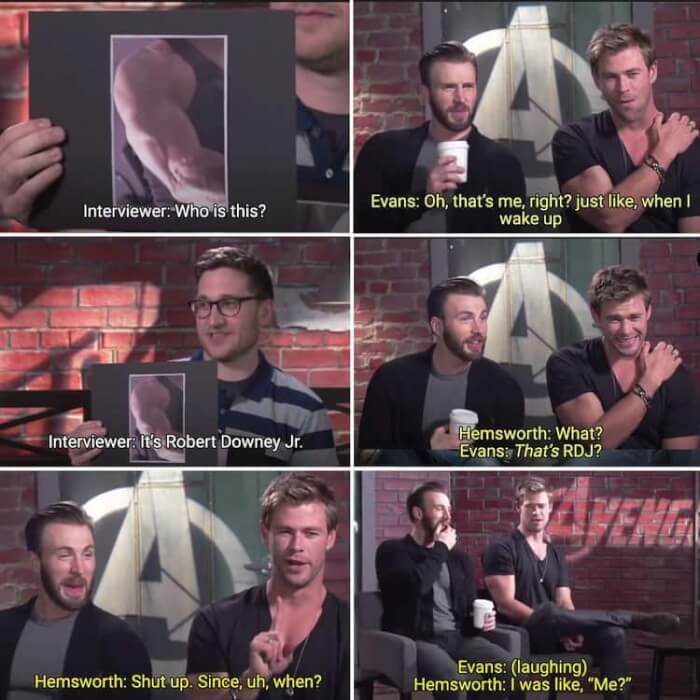 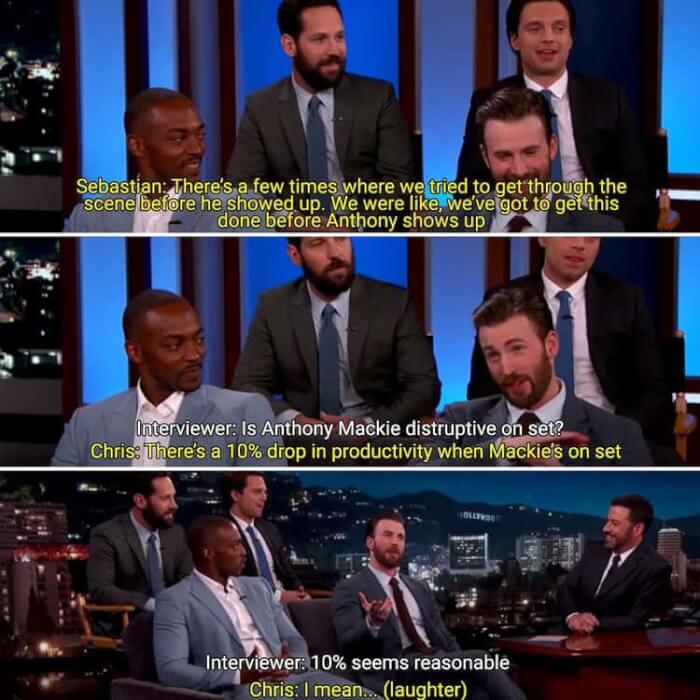 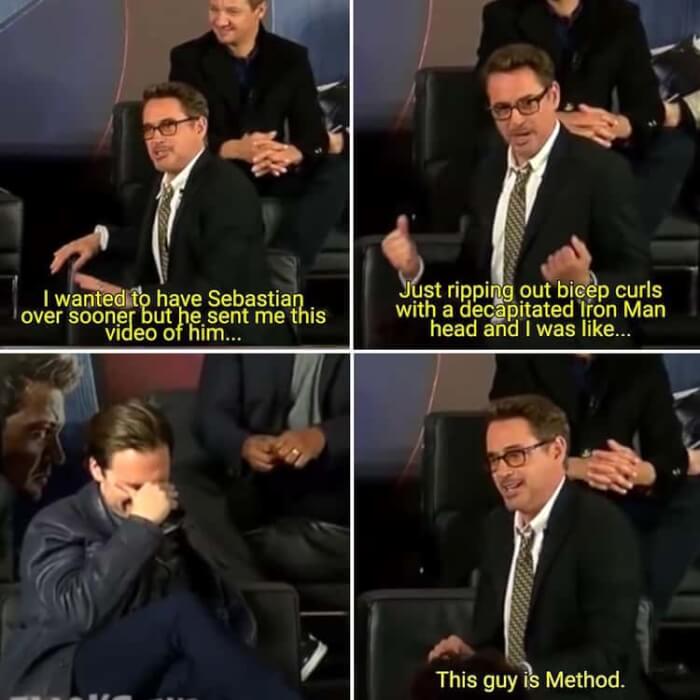 7. The MCU characters not only have superpowers but also have a great sense of humor. 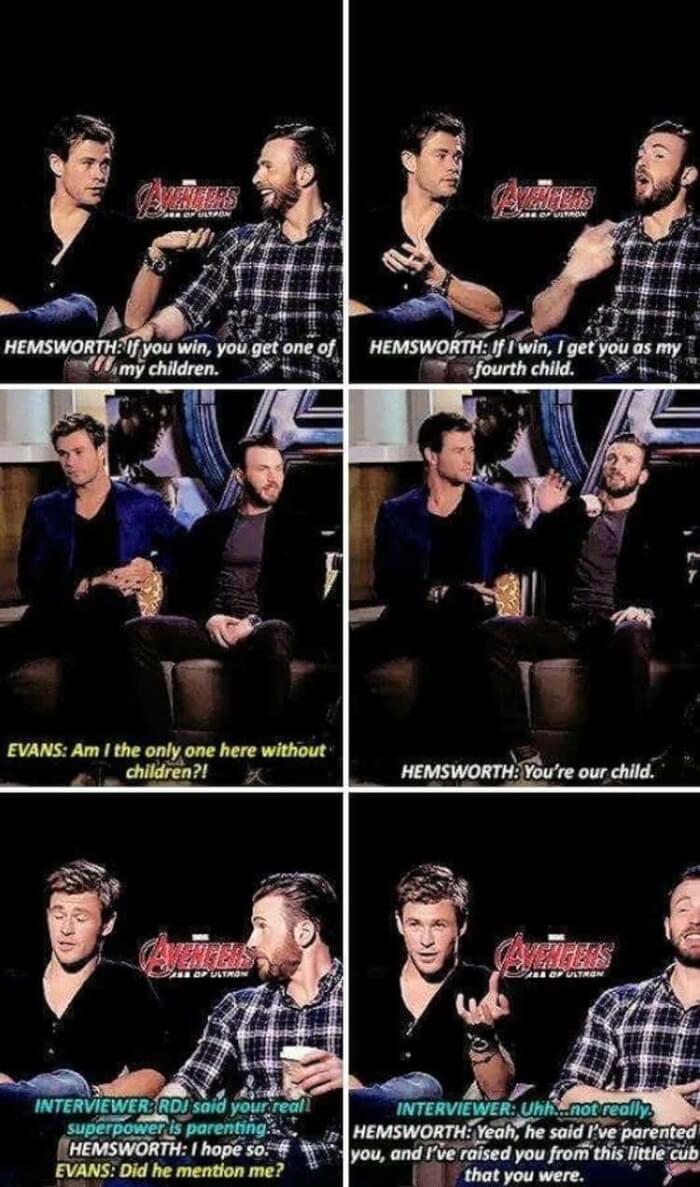 8. Oops! Spiderman was not expecting that response. 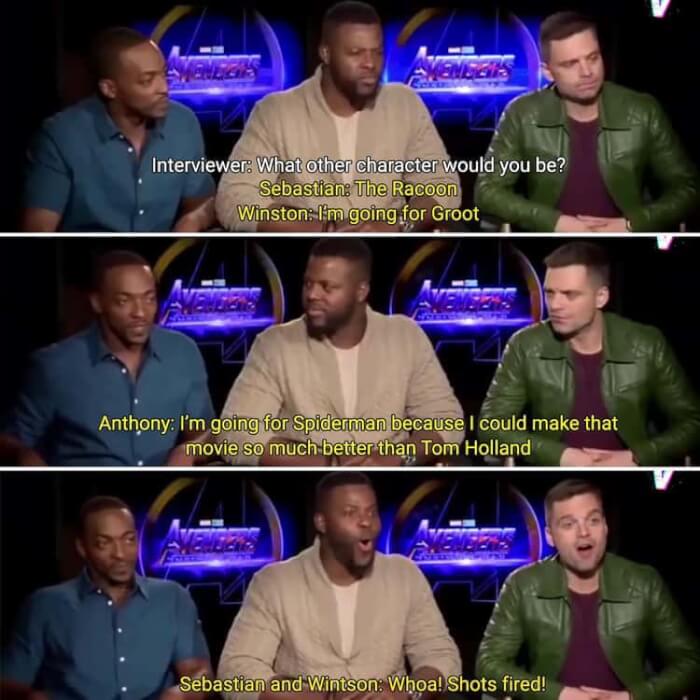 After working together and spending quality time on set, it is clear that they are well aware of each other’s personalities – it’s quite obvious from their interviews. In fact, they enjoy trolling one another and take great delight in making fun of one another, and there are no problems or controversies between them. That is one of the glories of this Marvel Universe!

Well, the interview platforms provide them a great place where they can typically chat about any movies, cast members, or an amusing event that occurred while they were filming the movies. As is the case with Chris Evan, who is constantly criticized for not having children in real life, and for being considered as a kid of Robert Downey Jr. and Chris Hemsworth.

Scroll down for some more fun! 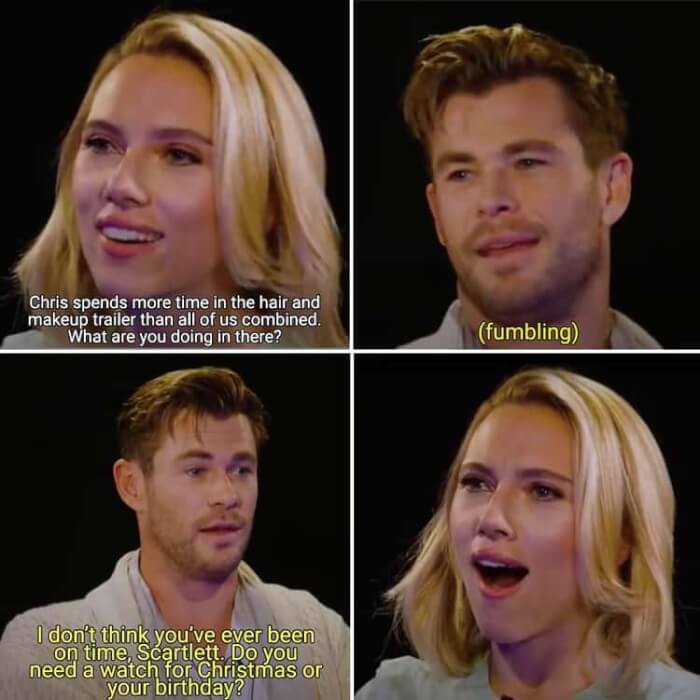 10. Why do they hate Tom Holland so much? 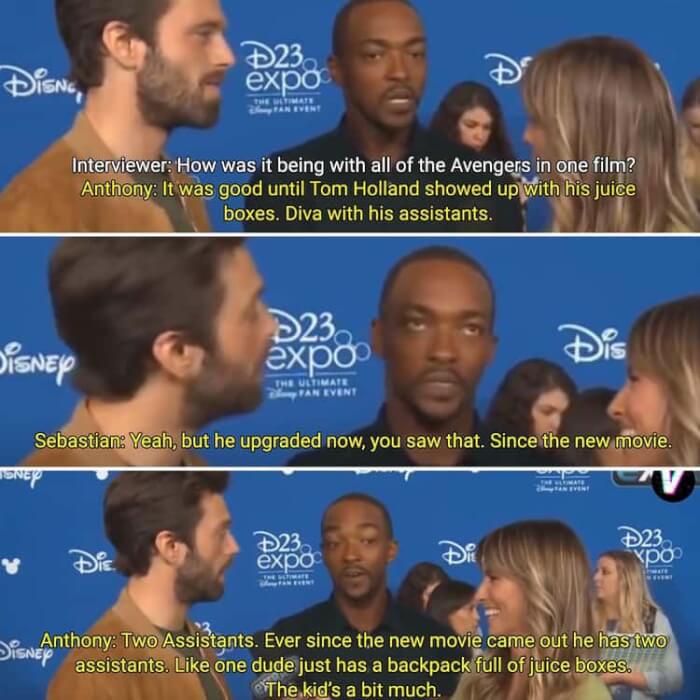 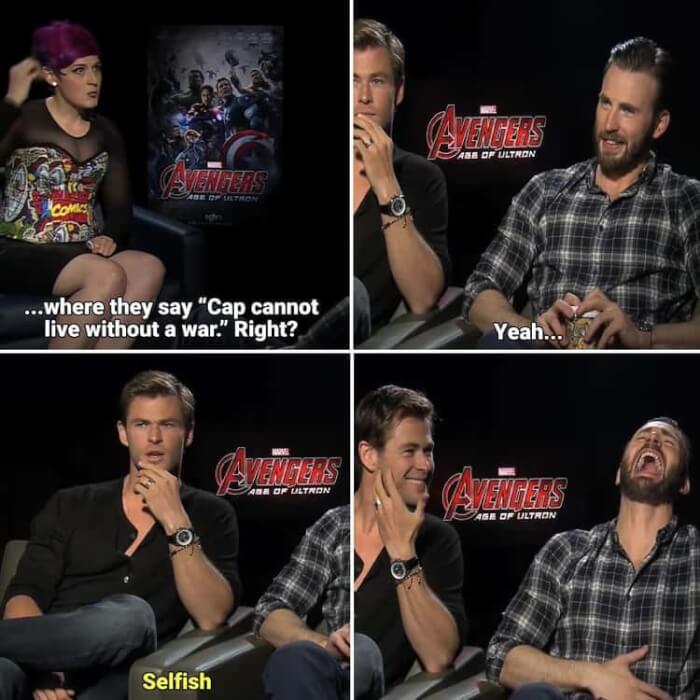 12. Hemsworth and Paul Rudd trolling each other! 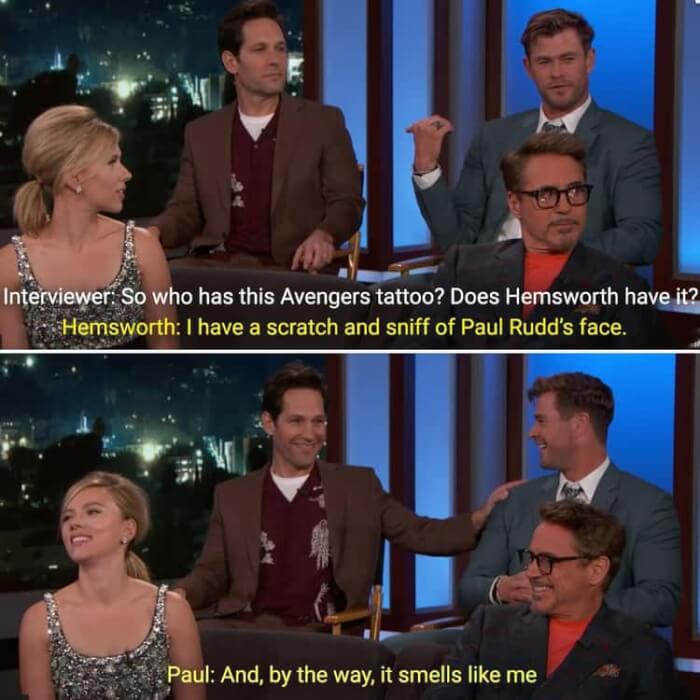 13. MCU cast took the Chinese Whisper game to another level! 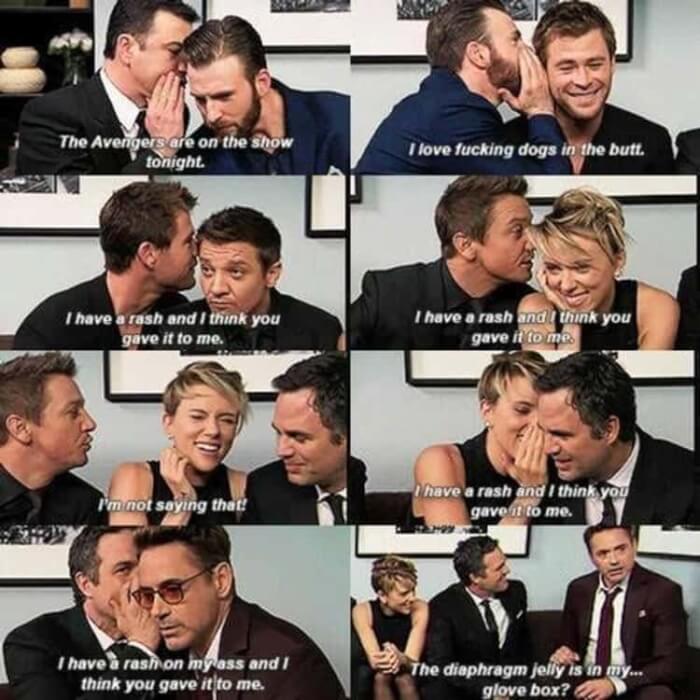 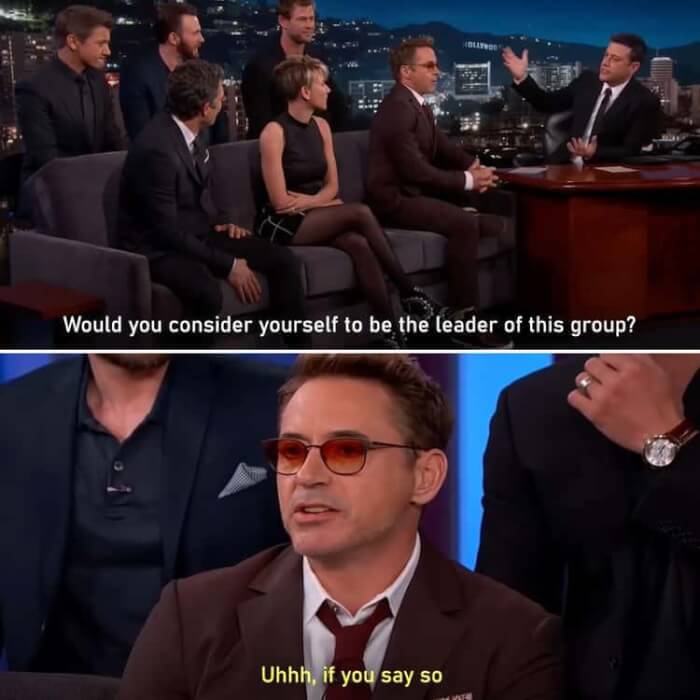 15. That’s the reason why we adore this couple! 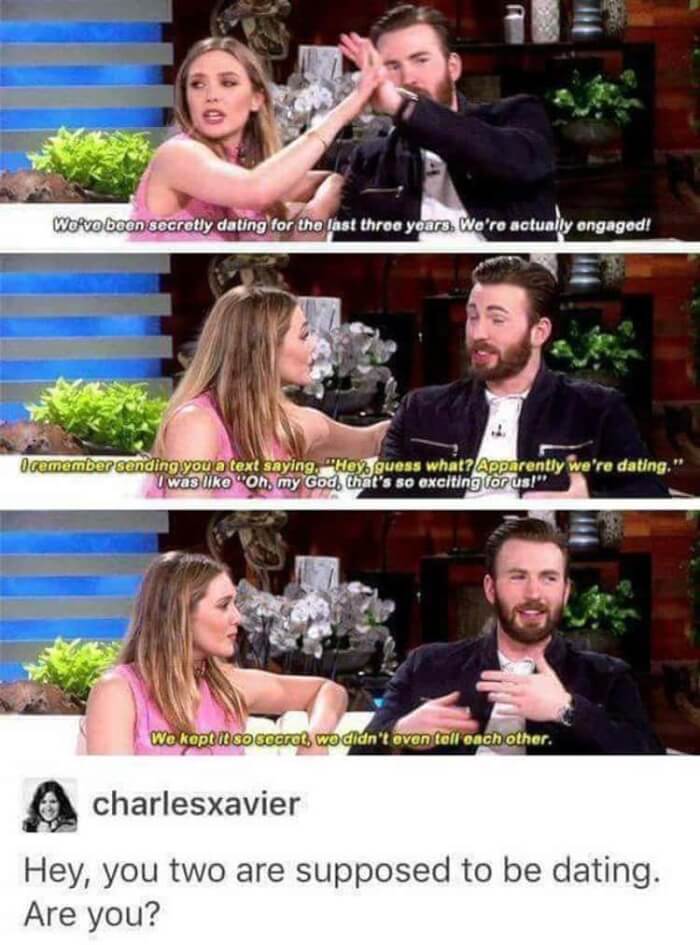 16. How is peter pan a profession, Scarlet? 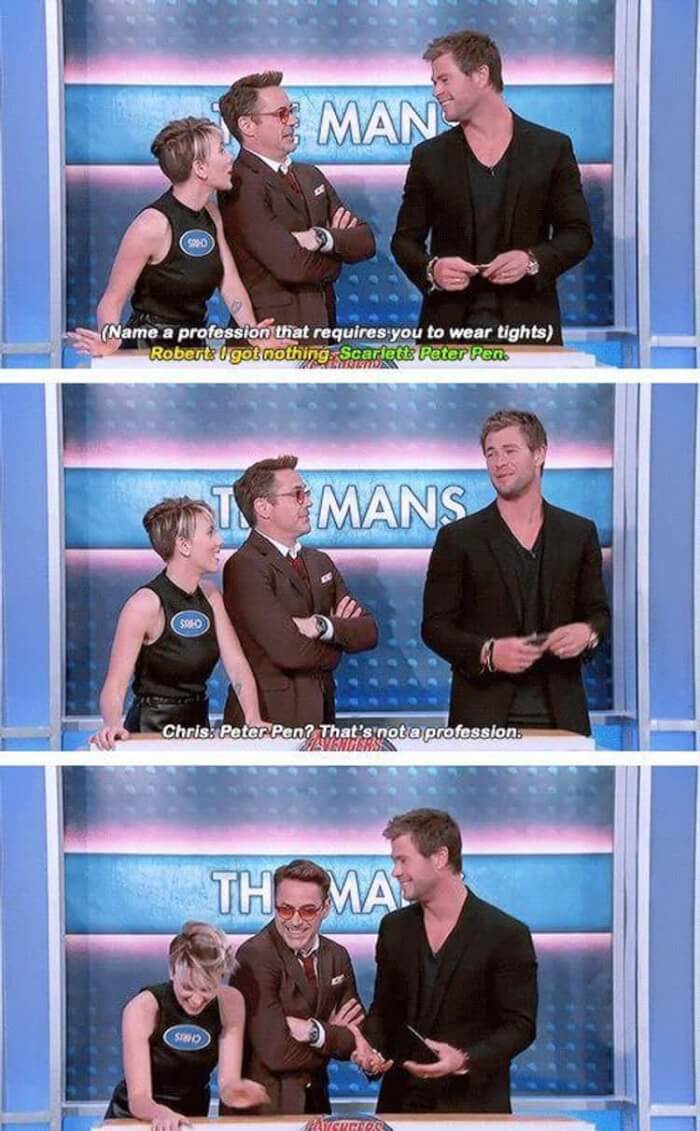 We have seen a glimpse of their bantering and dark humor jokes in interviews and public gatherings where the actors wind up roasting one another. When they are together, they take advantage of their friendship and make everyone around them laugh by teasing one another.

Which Marvel Universe interview made you laugh the most? Let us know in the comments section below!