There is not a single person on earth who doesn’t want the perfect wedding. Especially, girls. When the boys were busy playing with their action figures and remote control cars, girls were writing in their wedding journals, pinning down all the ideas they have for a perfect wedding. Deciding everything, from the menu to the venue, they have everything figured out. Wedding is one of the biggest events in a person’s life. It’s the day to celebrate two souls binding with love in a life long commitment to stand by each other’s side through all the thick and thins.

As a groom, you want to go to all extents just to make your bride feel happy and loved. You want to plan your wedding day to be the most memorable one. You want to celebrate this day with all your family, friends and favorite people. You want to surprise your wife and shower her with gifts that she will always cherish. We see a lot of couples trying out absolutely creative things on their big day, to make it unique and unforgetable. Just like this man, who went over the edge to surprise his wife by inviting about 300 celebrities, politicians and royals to his wedding held on 12th March, 2011. Surprisingly, 11 of them responded to his invitation. Scroll down and check out their polite responses.

Honestly, it was a great idea.

Ok so due to popular demand (literally only @mspr1nt asked) Im going to tell you about the time I invited 300 people that I didnt know, to my wedding.

This was in 2012 and it seems now that back then, I had nothing better to do.

Digging out celebrity addresses is a lot of work.

Right, so the idea was simple enough. Google celebrity addresses (turns out there are websites that help stalkers with just this),mail them invites, and present my wife with an album filled with celeb wellwishes at the wedding as one of a couple of small surprises during the day.

Hard work does pay off.

My sister @mrsivymadn helped me a lot with this ludicrous idea. We sent approx 200 letters to celebrities that my wife and I liked, and world leaders that, well, lead stuff.

Did not foresee that the toughest bridge to overcome would be the price of postage, but it was.

Louis Bam goes by the username @BokNRoll on Twitter. He started an interesting Twitter thread in which he shared all the responses he got from the celebrities, leaders and royals he sent his wedding invitations to. Celebrities/ politicians usually have tough schedules and prior commitments. It is obvious that they won’t be able to attend a wedding of a complete stranger and a non-famous person like me and you. We all have our priorities and work accordingly. So, Bam sent out quite a lot of invitations and only 11 people responded, but these responses mean a lot to him and his wife. It was an absolutely ingenious idea to invite all his and his wife Estelle’s favorite famous people to their wedding. Although none of these famous people came to the wedding, but some of them replied to the invite in the most polite and generous way possible.

Reply on behalf of Ewan McGregor. 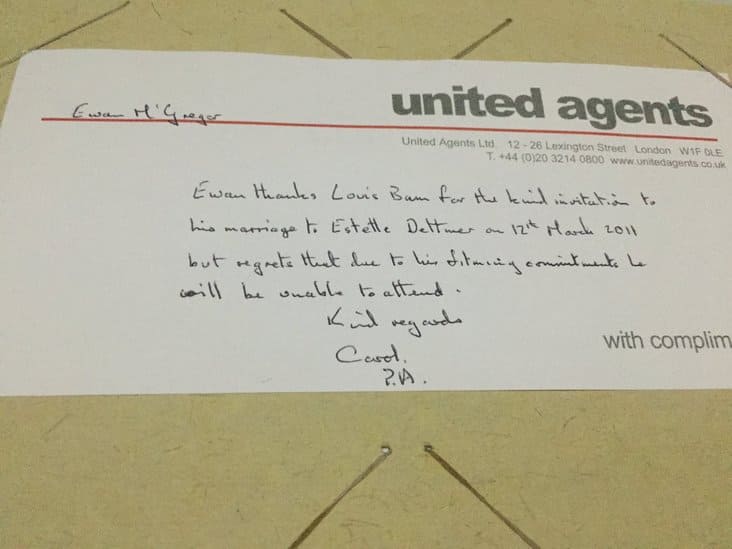 Wishes from Princes William and Harry. 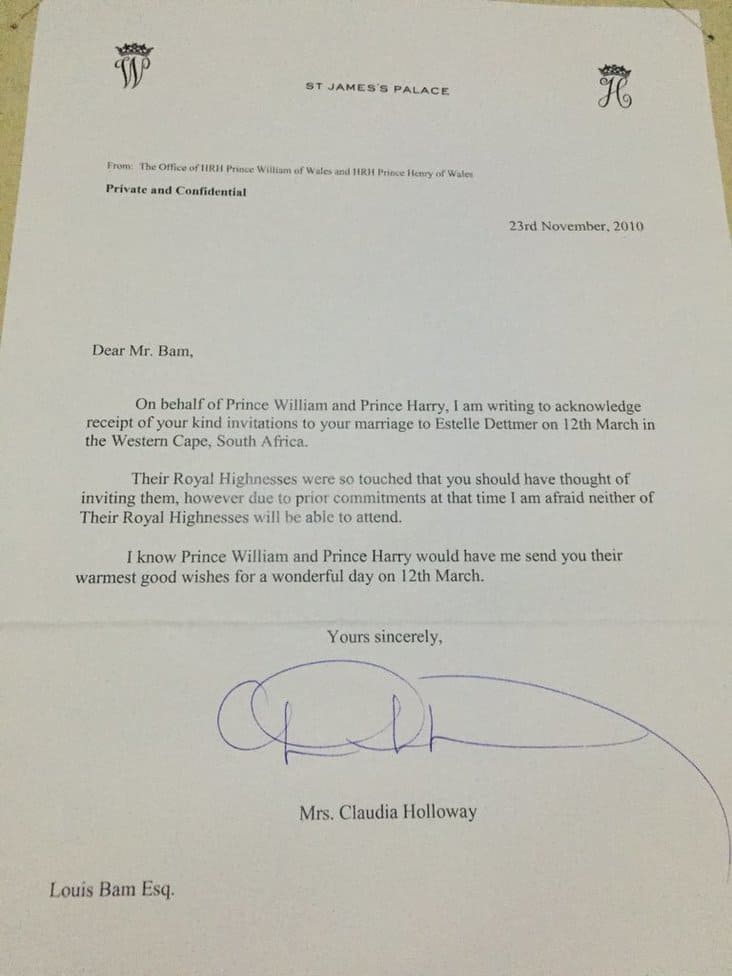 A warm response on behalf of Heidi Klum. 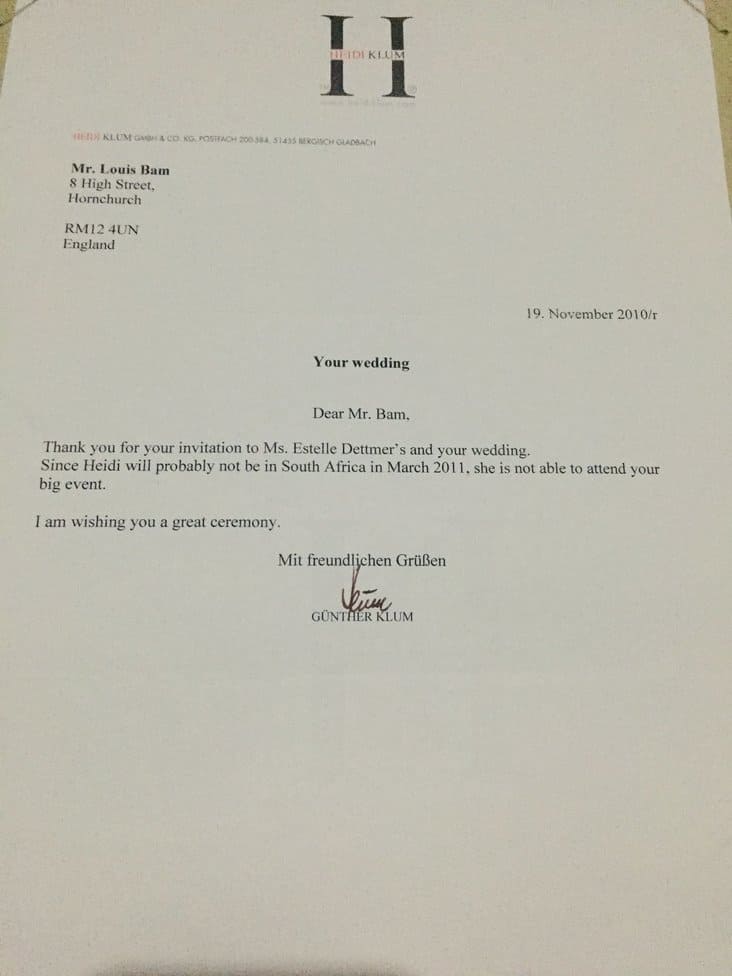 A response from Prince Charles. 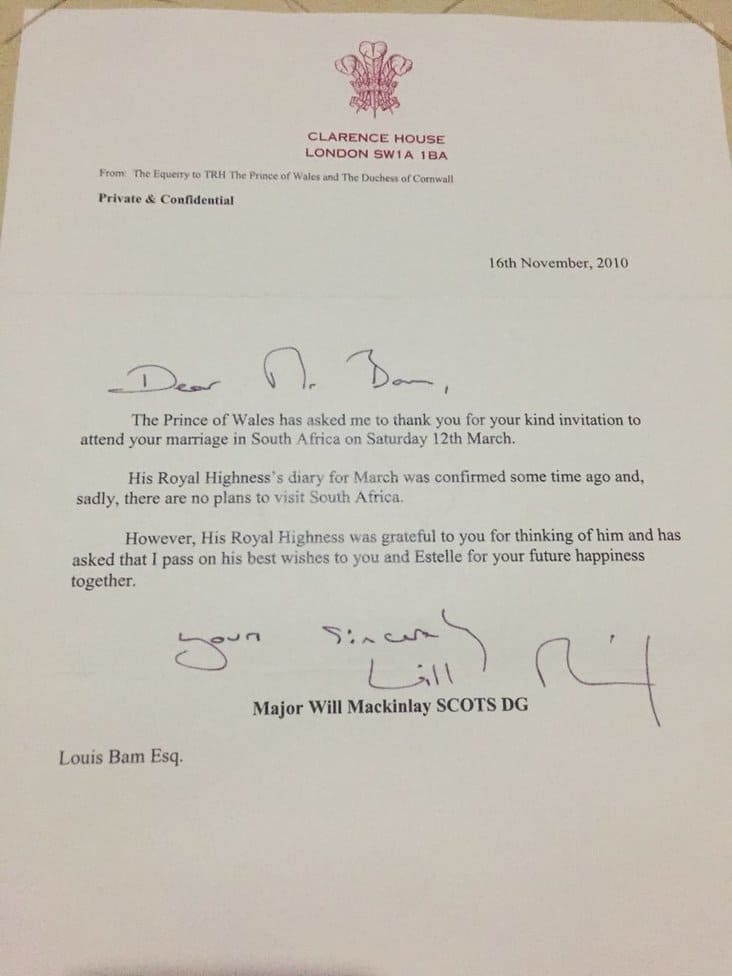 She told me Louis, I dont know what youre up to but you better now be inviting people to my wedding. We only have 120 seats and theyre full. 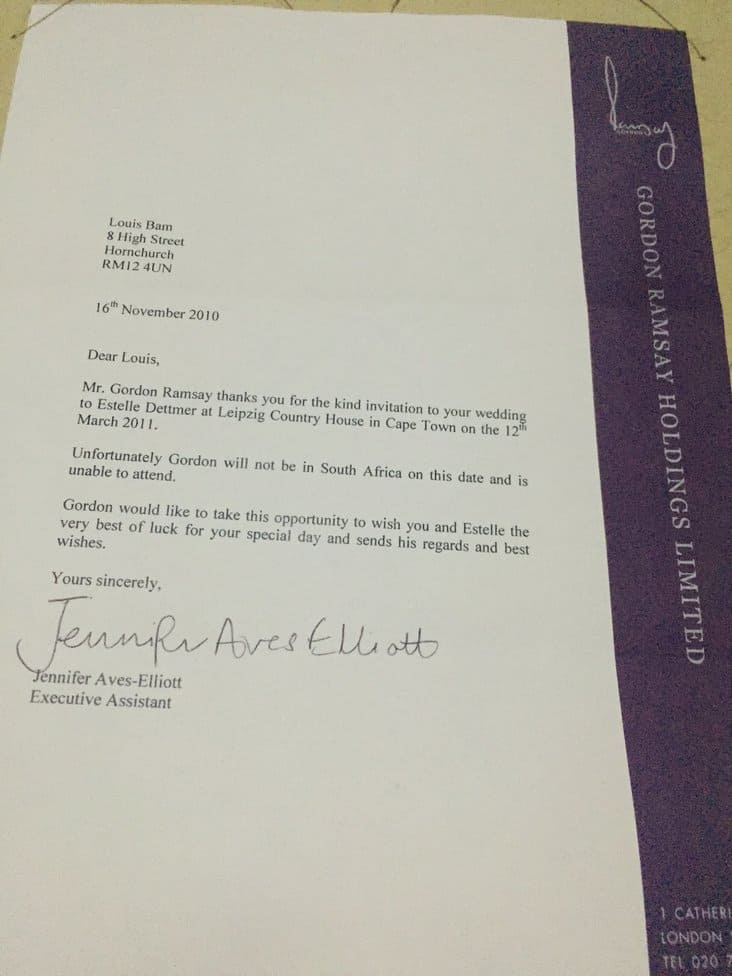 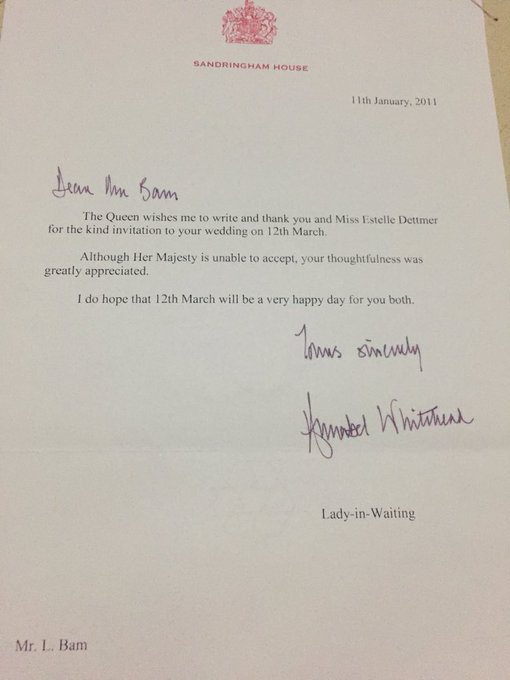 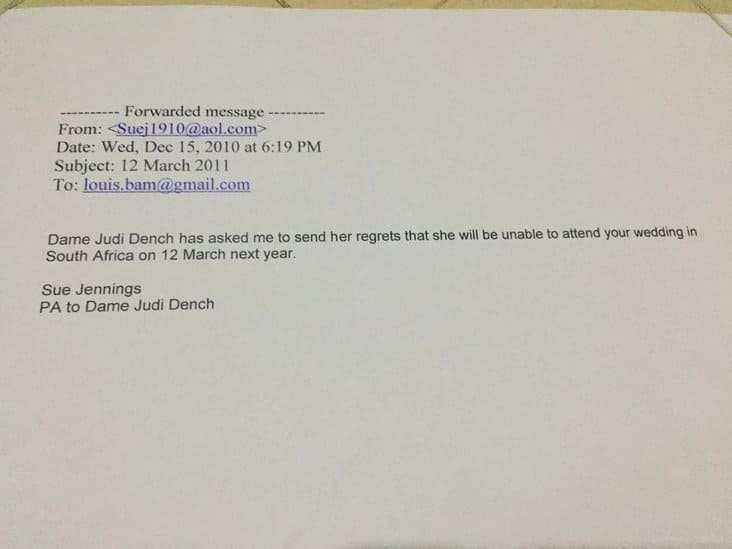 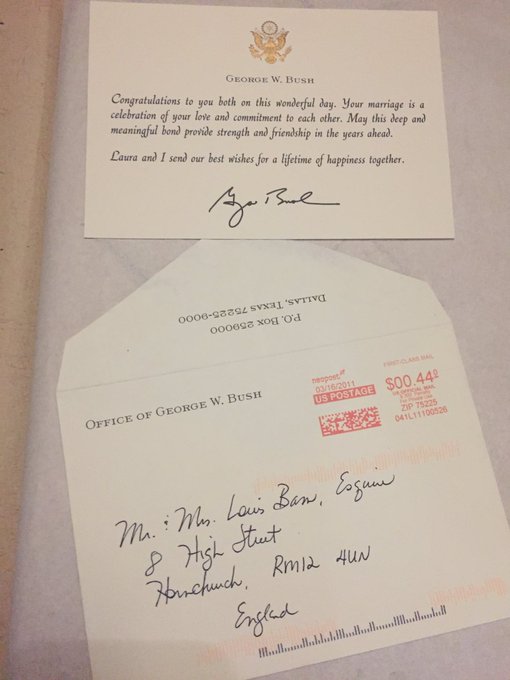 Some more politicians wrote back and congratulated the couple.

Some more politicians. Bill Clinton (hope he stays away from my cuban cigars) and a couple of George Ws pic.twitter.com/IFsUfpUMO0

The best response of them all came from everyone’s favorite actor John Travolta. 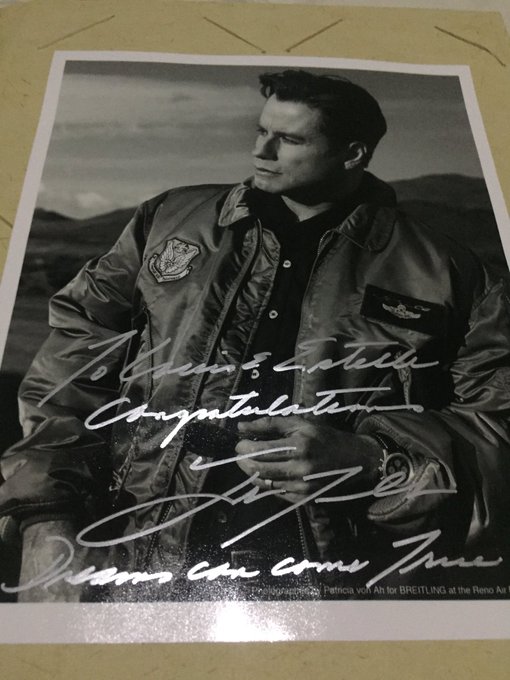 Although all the responses were full of kind and loving words, this one was extra special. As it’s an autographed photo of himself that congratulates the couple. There can never be a better gift for fan than an autographed photo. We bet Estelle would have been overwhelmed with joy to see such an amazing wedding gift.

We loved the idea of a star-studded wedding. What do you guys think of it? What wedding gift do you plan on giving your spouse on your wedding day? Let us know all about it in the comments below.