Everyone melts when a pet is around.

It is very true. No matter how angry you are or how hard you claim to be, you will be turned into the softest creature ever when a pet animal enters your room. I know you are familiar with those stories where the person had no liking for animals. When the family forcefully adopted the pet, that person starts loving that animal more than anything would always be around it. And it’s normally about Dads. There is also a very strong opinion flowing around that men who are masculine don’t show love to their pets like they want to because their masculinity gets in the way and it doesn’t allow them to be soft. I am sorry but whoever spread that poop, needs to reconsider their thoughts. Today we have got pictures to prove that will show you how even the rocks become soft when a pet animal is around.

We have compiled some of the best moments of masculine men melting and turning into babies around their pets. Scroll down below for a unique experience of wholesomeness!

1. My guy knows he is masculine and can’t show his face to society when he turns soft around his baby dog. After all, they captioned this picture “And I Will Always Love You”. 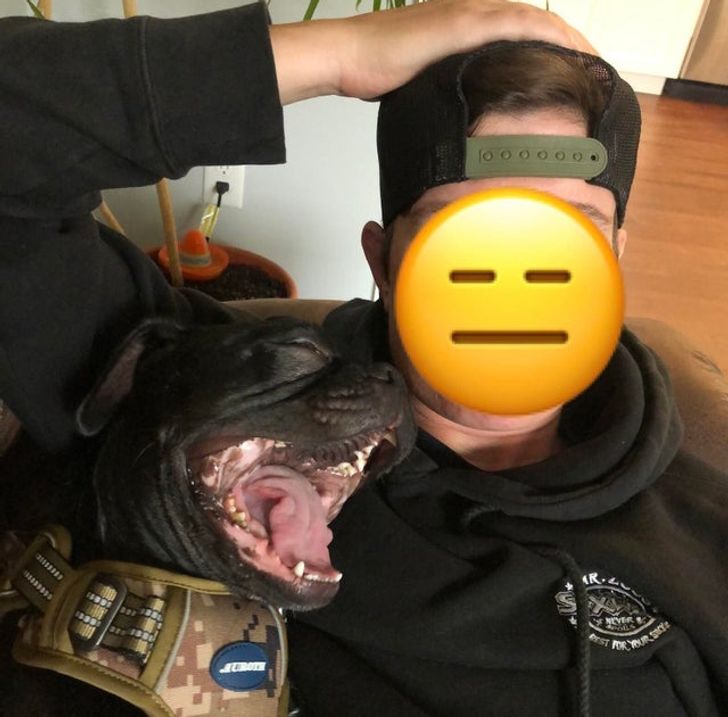 2. He said he didn’t want cats because they make a furry mess everywhere. Ever since he adopted one, he doesn’t go to the office without a proper play session with his cat. 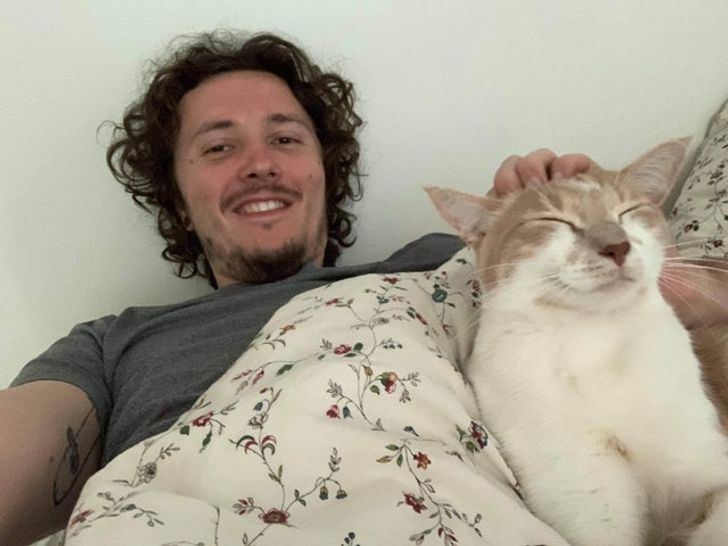 3. It’s a bond you don’t see exist every day, but that doesn’t mean it can’t exist. 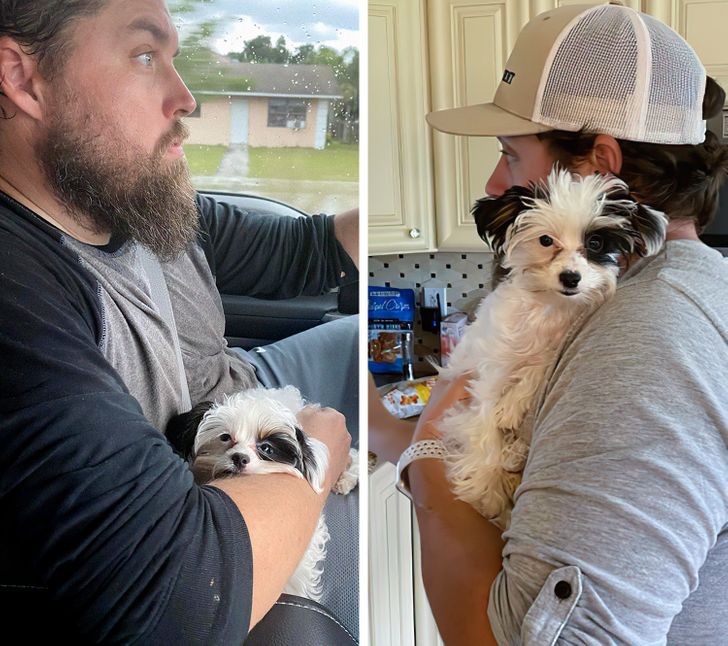 4. Babies protecting Dad as he takes a little nap after a tiring day. 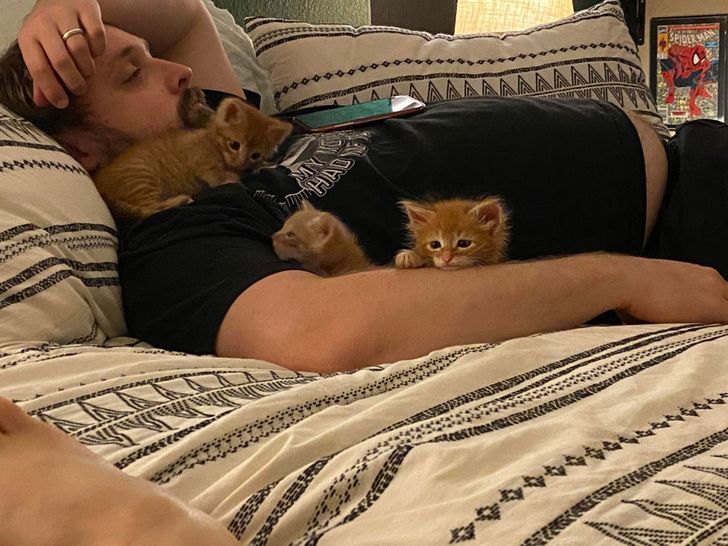 5. Their Dad was extremely angry when this person adopted a puppy and brought it home. He used words like “find that puppy another home”. It has been 6 years, Dad and Hades the pupper haven’t done a thing without each other. 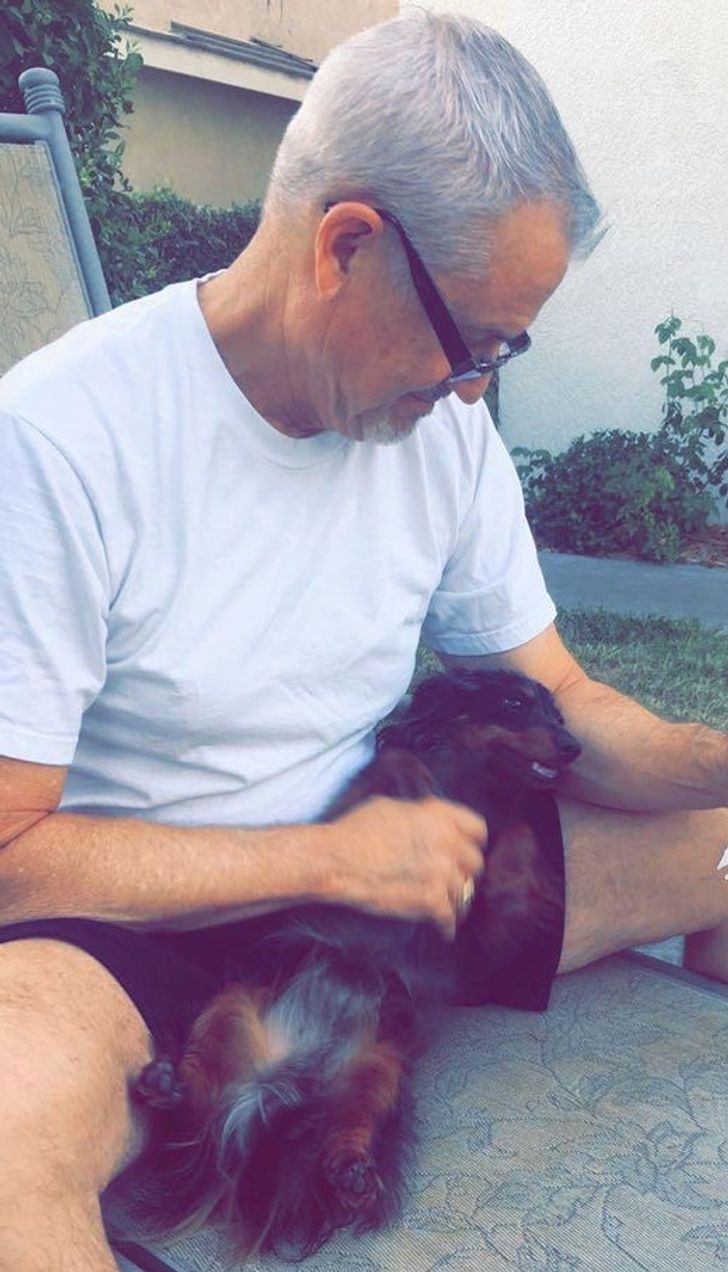 6. It took the family 2 years to convince him to finally get a dog in the house. As soon as it happened, he can’t eat without his princess by his side having her meal, now. 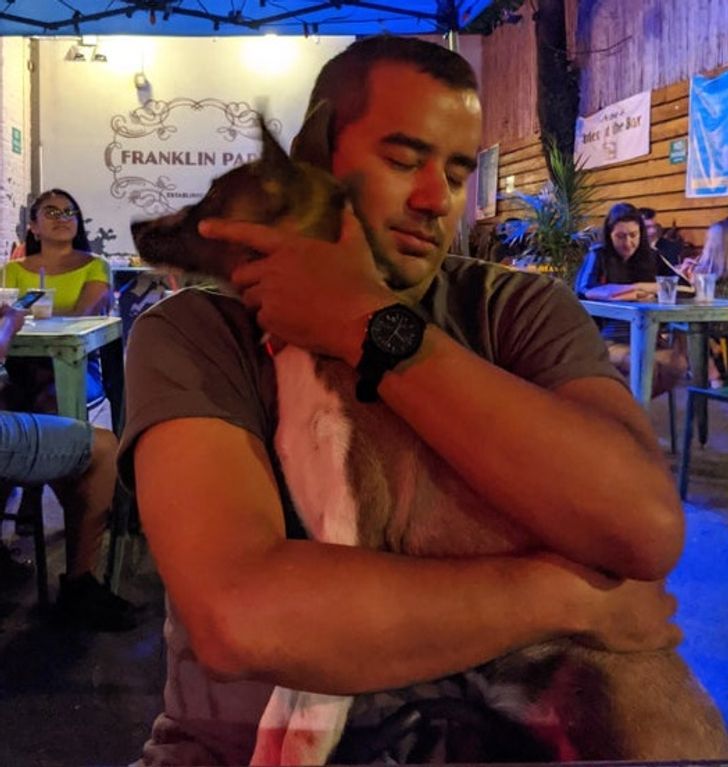 7. No human in this world has remained masculine around a cat. You are bound to melt, it’s only a matter of time. 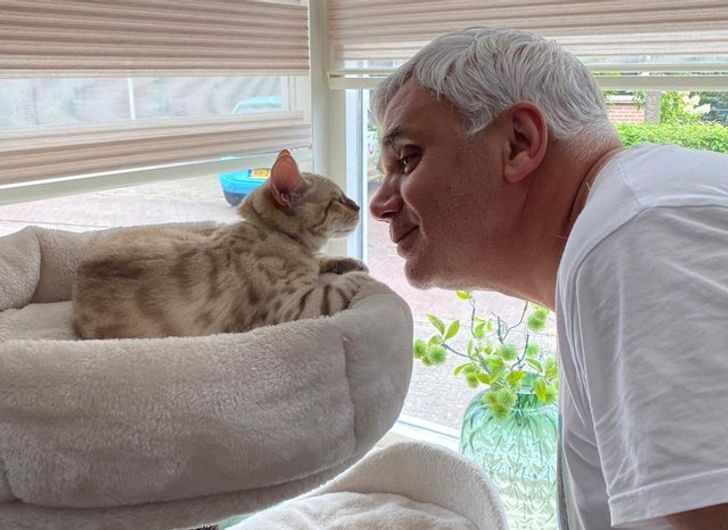 8. 15 years prior to this picture, this Dad had no love for dogs. 15 years later, he does everything with their family dog. Animals will find one way or the other to make you fall in love with them. 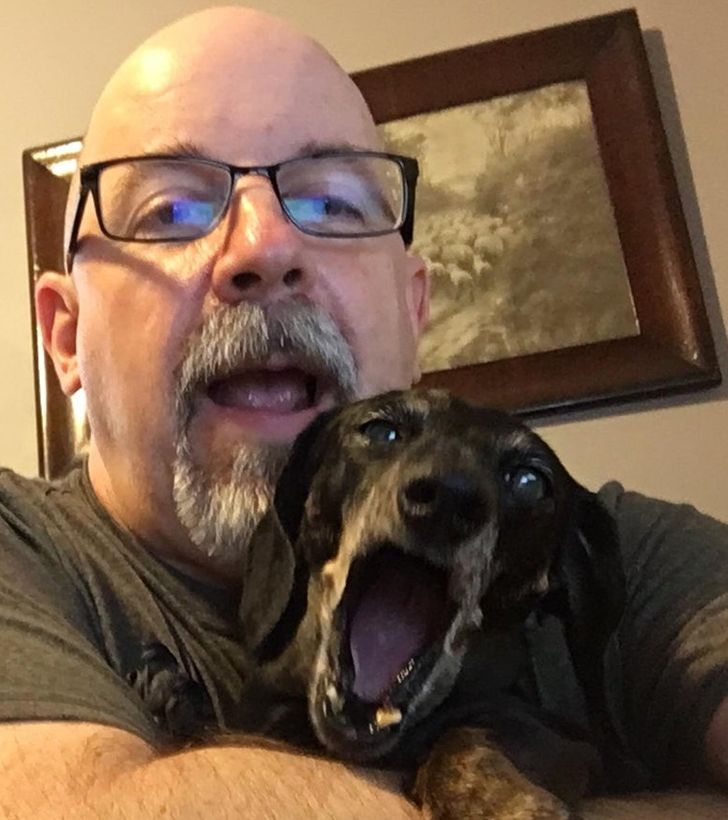 9. A package had to arrive that day and the Dad couldn’t hold his emotions until it finally arrived. This pupper. This was the package. 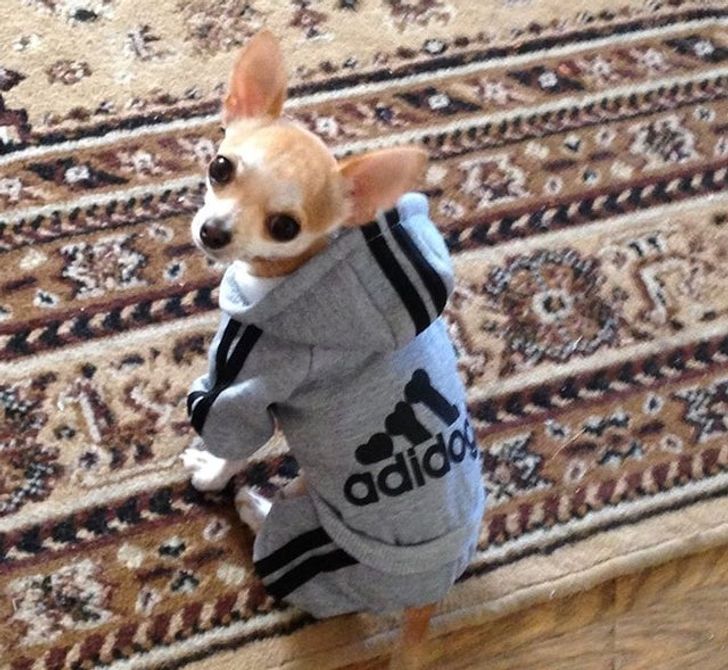 Man! What is it that these pets can’t do? I am out of things to think of. They are masters at everything. They can convert anyone into loving them, that’s for sure. No one can escape the love of an animal. They will make us all soft and I don’t mind that at all.

Let’s enjoy some more adorable pictures of pets with their masculine owners!

10. He was concerned about his allergies and didn’t want a cat in the house. He was forced to give in and now there is nothing that can convince him to have the cat move out because of his allergies. He doesn’t care about himself anymore. 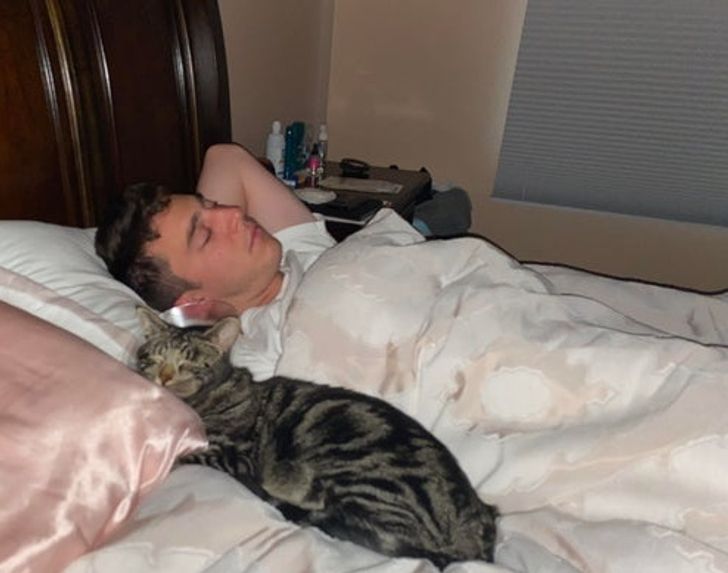 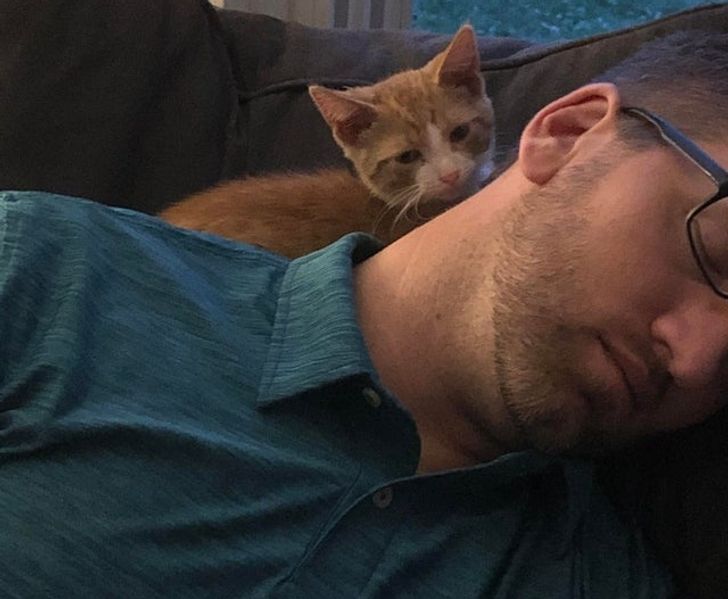 12. See that man who is laying on the floor, playing with his dog? He was never in favor of having a dog at the house and even said that he won’t do a single thing for it. So much for that. 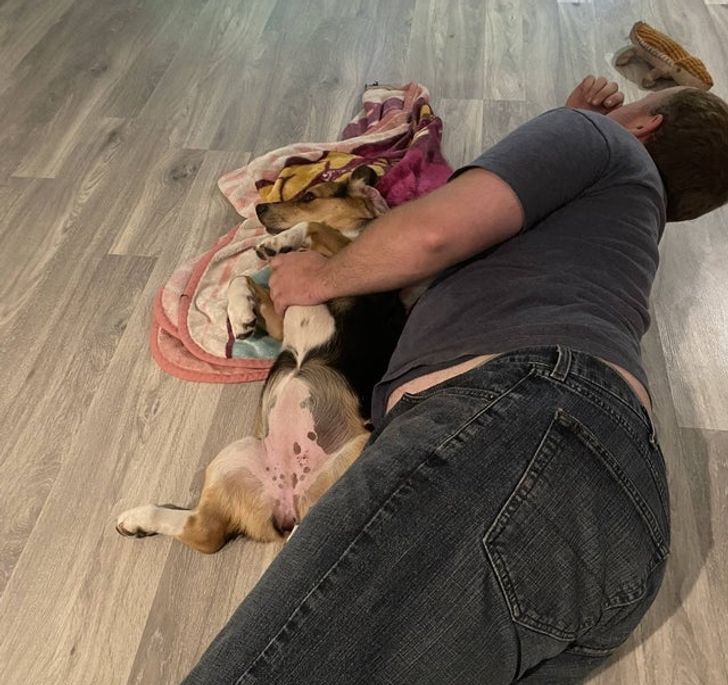 13. What can I do? They are just too irresistible! We know, human. You were never gonna not melt. 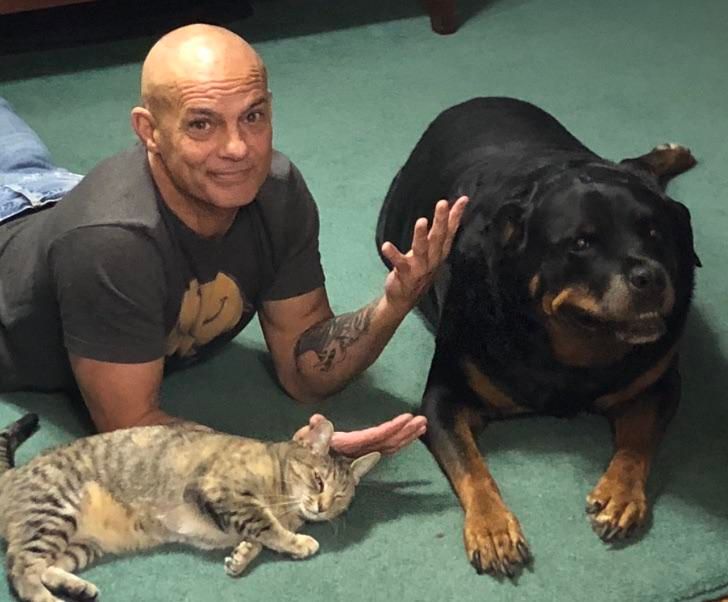 14. He wasn’t even willing to pick up the pupper. Look at them now. 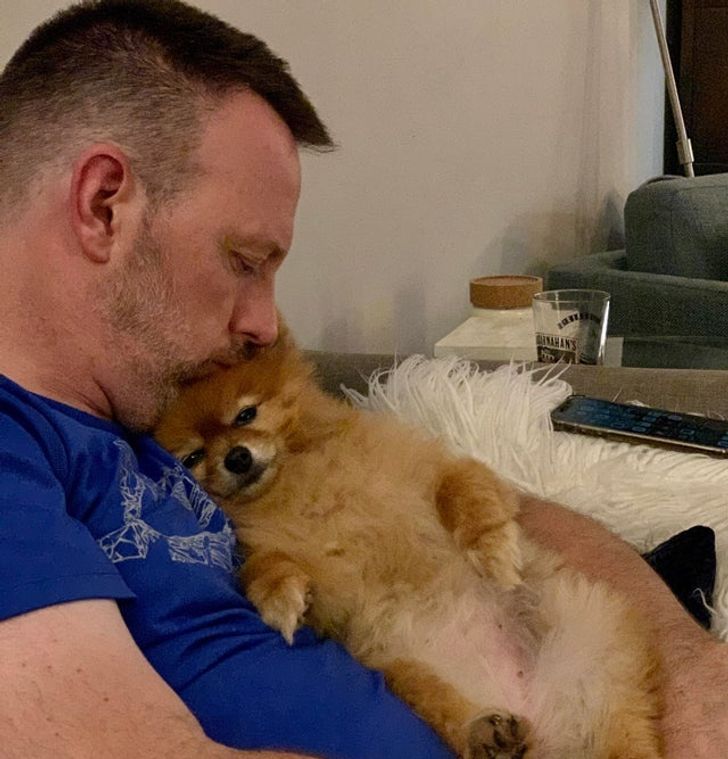 15. Another classic case of Dad stepping away from any responsibilities associated with raising the dog at first, and then slowly being enchanted by the little one. So much so, that they are wearing the same colors today. 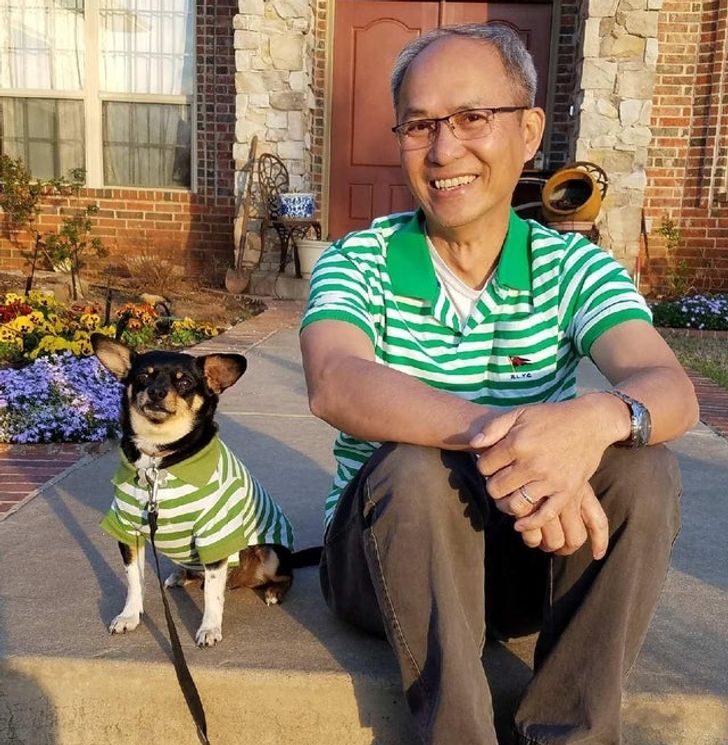 16. The husband returned home after being away for 2 whole weeks, for work. The first member of the house he greeted was the dog, not the wife not the children. 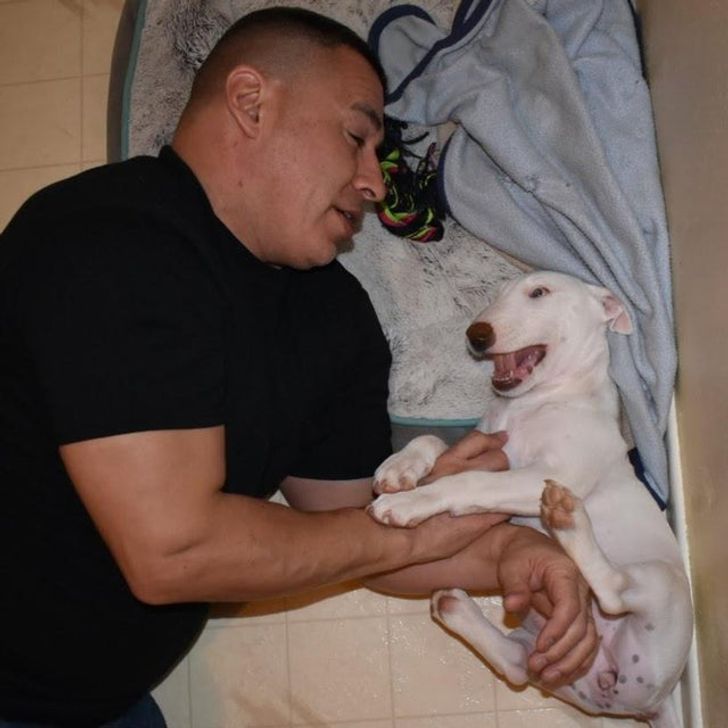 17. This Dad, who didn’t want a dog at first, now makes formal requests to his child to allow him to have a sleepover with the pooch! 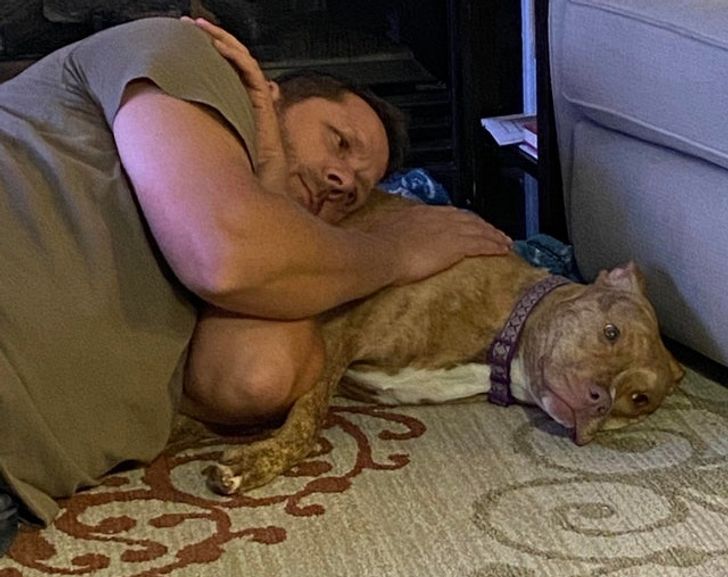 18. Below is the picture this Dad changed his profile picture to, recently. Mind you, this guy said he won’t ever fall in love with a dog. 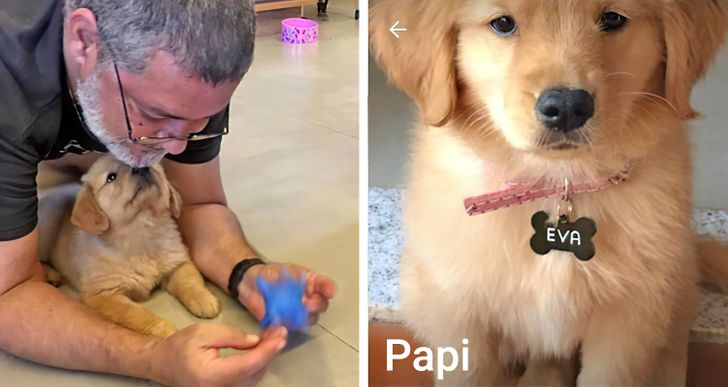 I really hope you guys enjoyed this one. Now you know, you just have to take the step and your pet will take care of everything else. They were designed to reduce stress in their surrounding and spread happiness.