Being in the military is not easy. It is one of the toughest jobs ever as not only is your life on the line, but you have to work tireless days and nights to stay fit. Not everyone can make it in the army, it isn’t an easy job getting in. But even if you do get selected in the military, your life is nowhere near getting a little easier. The first thing they will do is discipline you. They will rewire your brain and make sure that you have all the rules and regulations stapled in your head. If you forget to stay disciplined, you are just asking for a lot of trouble. Discipline is very important for military officers as it maintains control, respect, and effectiveness. It is not something the officers can joke around about, they take their discipline very seriously.

This military officer shared his story on Reddit about when he was on sentry duty. They had to salute any officers that were sitting inside the vehicles with military stickers on. Another officer’s wife asked why he wasn’t saluting her and made a big deal out of it. So, he responded with malicious compliance. Scroll down below to read the whole story:

The man started his story by explaining how saluting in the American military works.

When he had sentry duty, he had to check the IDs of people traveling in vehicles and salute any officers inside if they had colored military stickers on their vehicles. 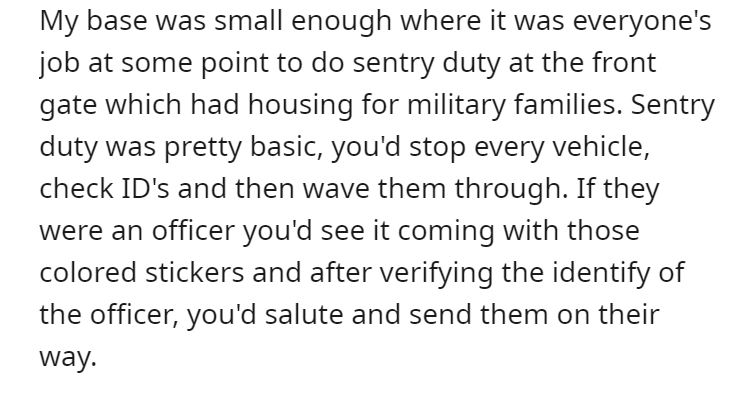 One day an officer’s wife came across him in her husband’s vehicle. She asked the guy why he didn’t salute her. 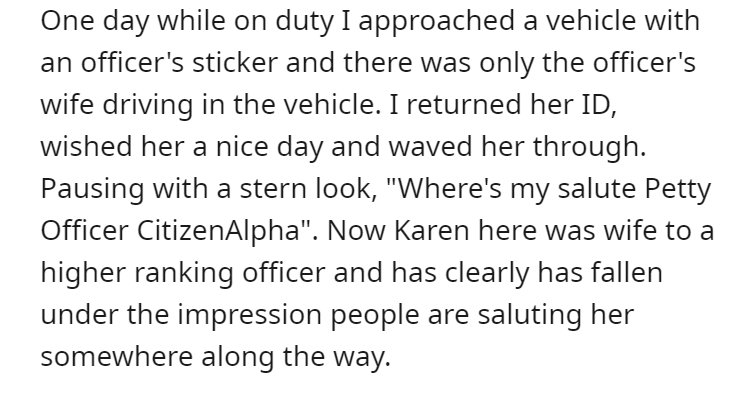 So he explained that salutes were rendered only to commissioned officers and she argued that he needed to salute the sticker. 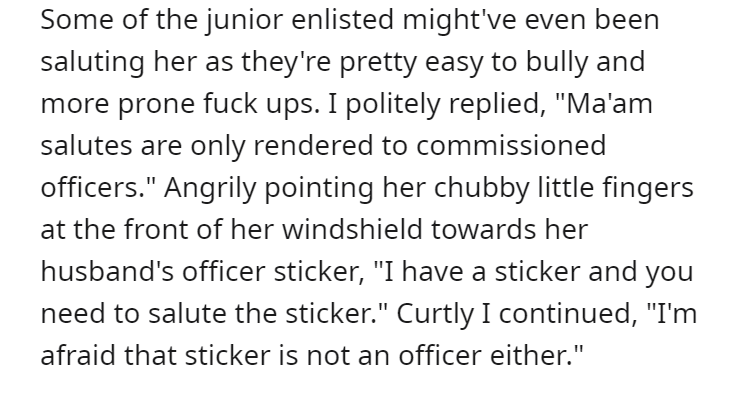 The guy didn’t salute her so she drove straight to the administrative building to complain.

Later on, they got a new official base-wide mandate which stated that all officers needed to salute vehicle stickers. 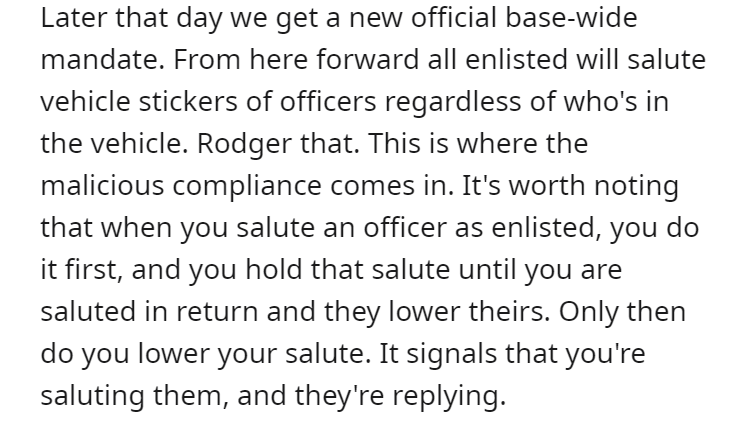 That is when the malicious compliance comes in.

The man started saluting stickers on the vehicles, even in parking lots with empty cars. Other officers caught on and started doing the same thing.

That must have taught the Karen a good, hard lesson. Just because you are a high-ranking officer’s wife does not mean that you can order around another low ranked officer. She seems to have a very wrong sense of entitlement. Well, it didn’t get her anywhere as no military guy is going to salute someone who does not deserve it. 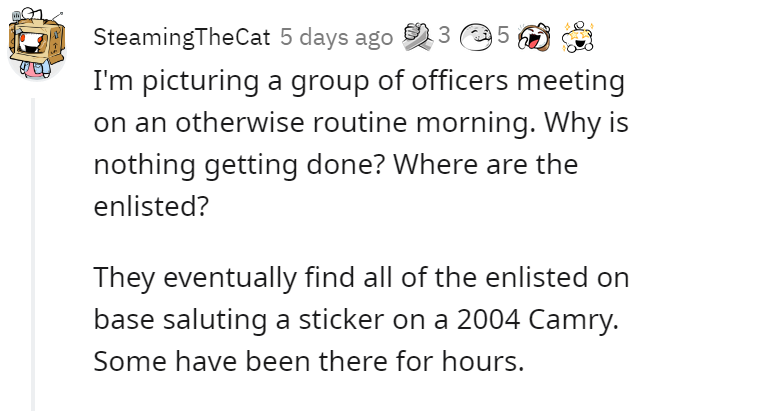 This guy was really witty.

We wish he would have done that.

It was just one big, constant salute. 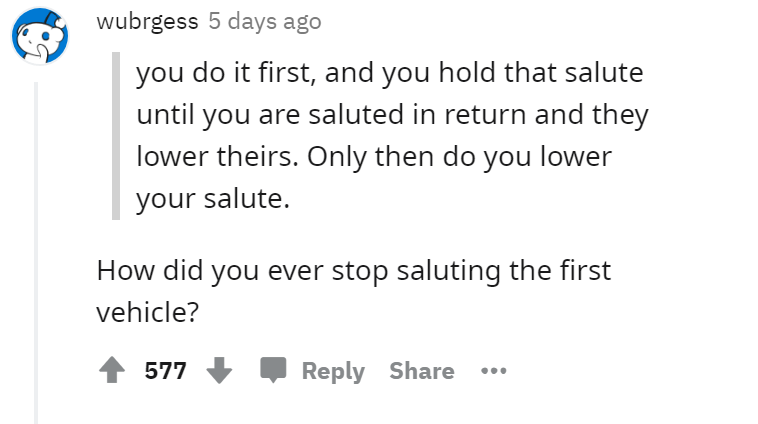 The guy explained how long he kept it going.

Do you think the guy did the right thing? Should he have saluted the wife? Share your opinions with us in the comments below.