Some relationships are too toxic to salvage.

We would all like to think everything works out in the end if we compromise and work hard enough to make it right but that isn’t true. No matter how hard you try to make a toxic relationship work, it will end up with either one or both of them with physical and emotional scars. This is one of those relationships. But even when we are well aware that we should get out and this is not healthy for us, we still stick around because we think we deserve to be treated this way.

At the end of the day, it is all connected to our self-worth and how much we allow for the person to get away with before we take control in our own hands. This woman knows that this relationship is not healthy for her but she does not want to feel guilty for leaving just because her ‘boyfriend’ might hurt himself. But a relationship is about supporting each other, not using someone’s vulnerabilities to hurt them where it hurts the most.

We have only just started and it is already clear that they are not in a healthy relationship. 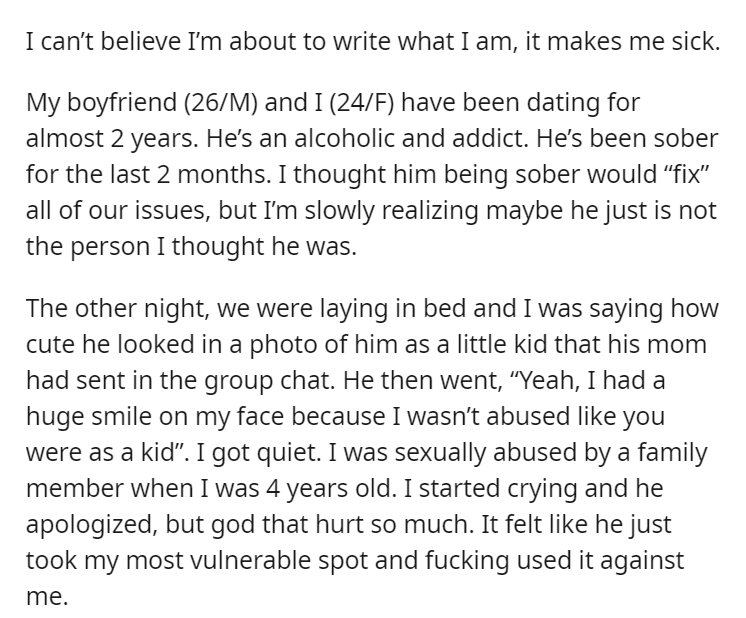 It seems to be an endless cycle where he tests the water to how far he can go before she tries to break it off. 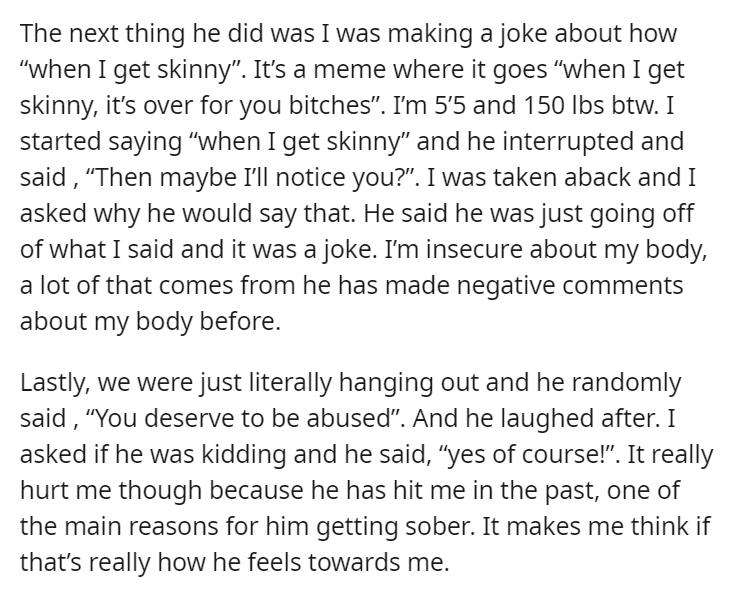 He obviously knows how to make her stay and wants more so she never leaves him. 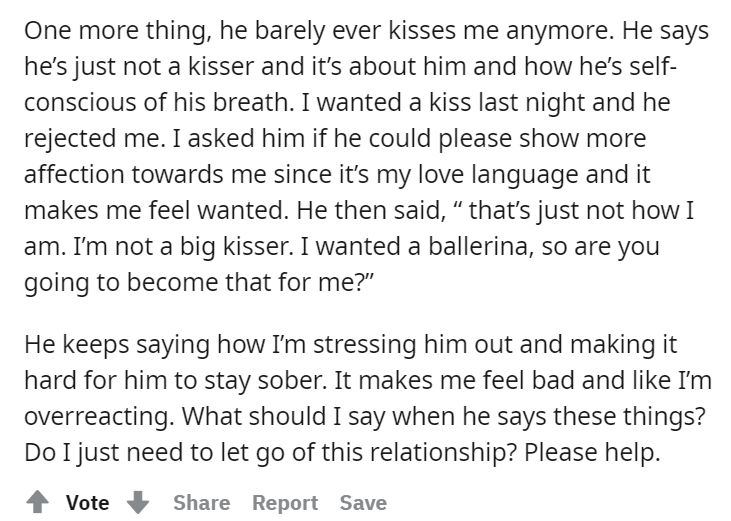 Unsurprisingly enough, it was a unanimous vote that the girl needs to let him go. 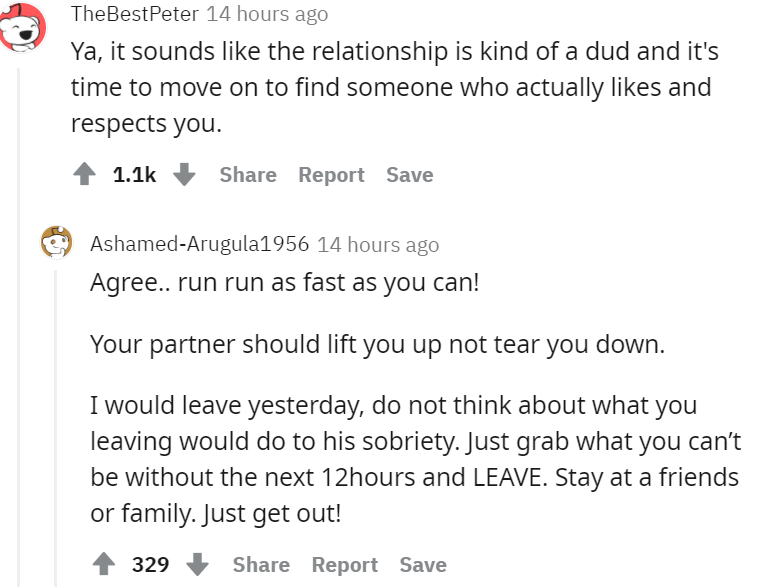 However, as we can see in the comments it is her decision and she doesn’t seem to want to run away as fast as possible. 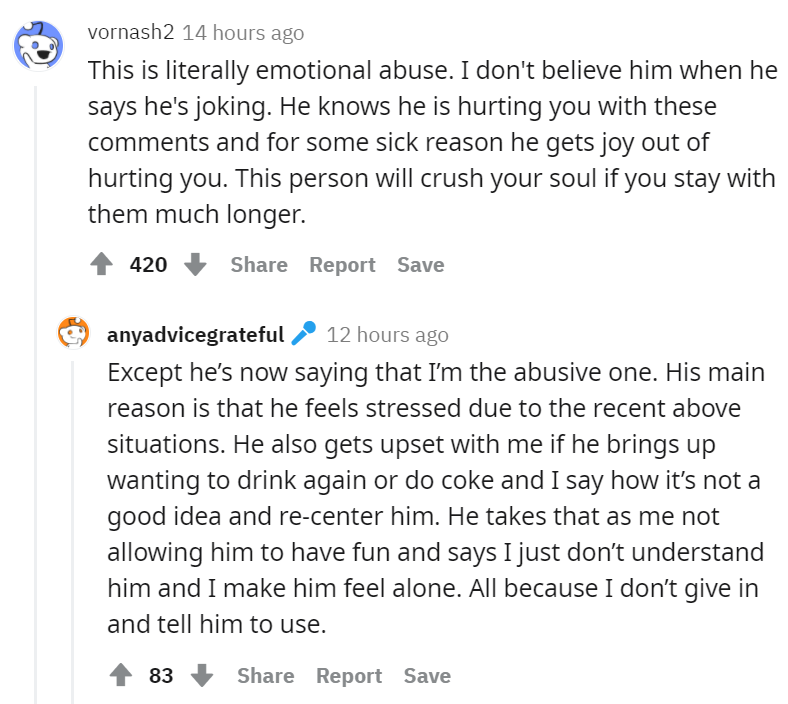 Thankfully, she does have a therapist who might help her work all this out before it is too late. 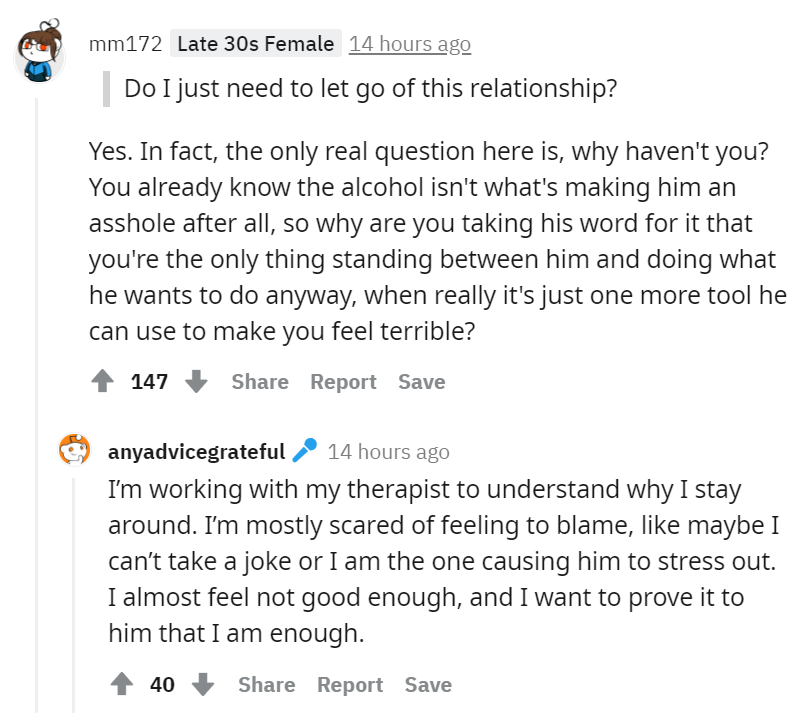 This is so far over the line that he probably couldn’t even see the line from over there. 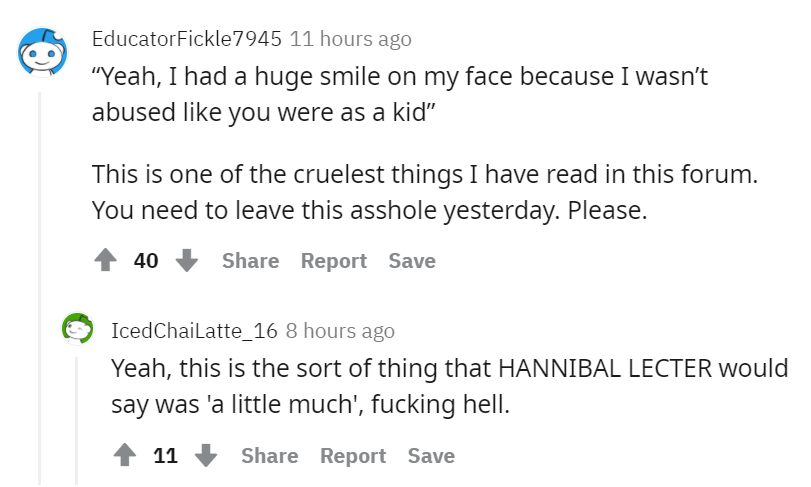 There are some things that should never be joked about and this is one of them.

At the end of the day, it is her life and the Internet can’t force her to do anything.

This is basic gaslighting. Turning his faults onto you. 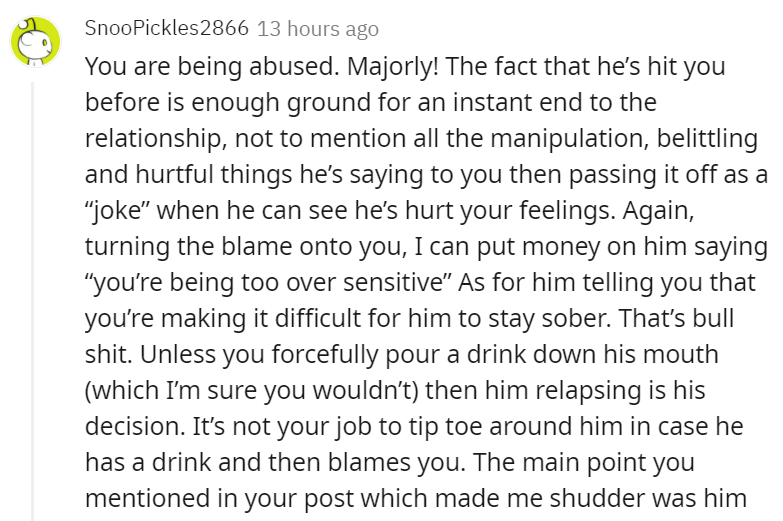 Because there was no answer to that question. He only wants her to feel guilty. 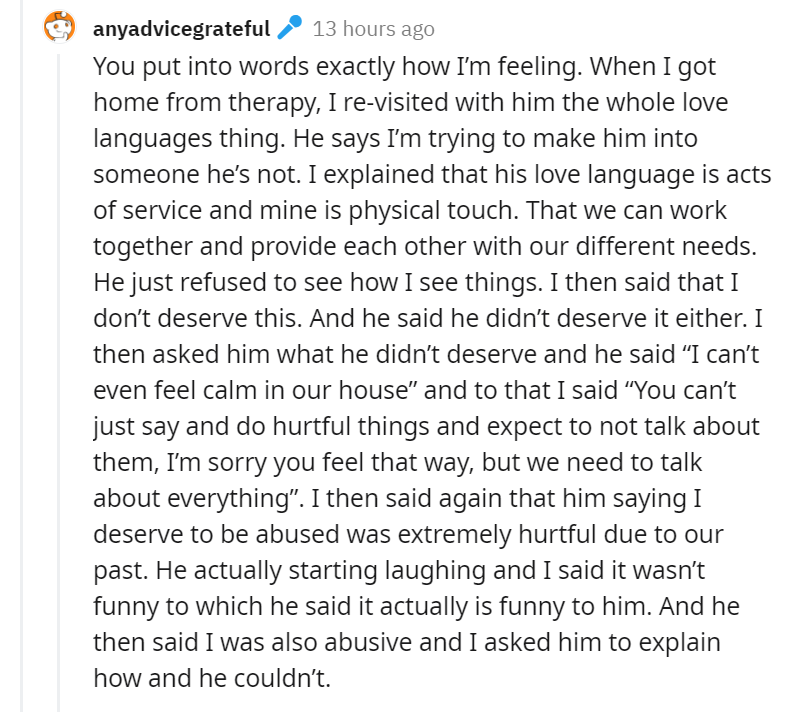 Nothing is an excuse for this sort of behavior. 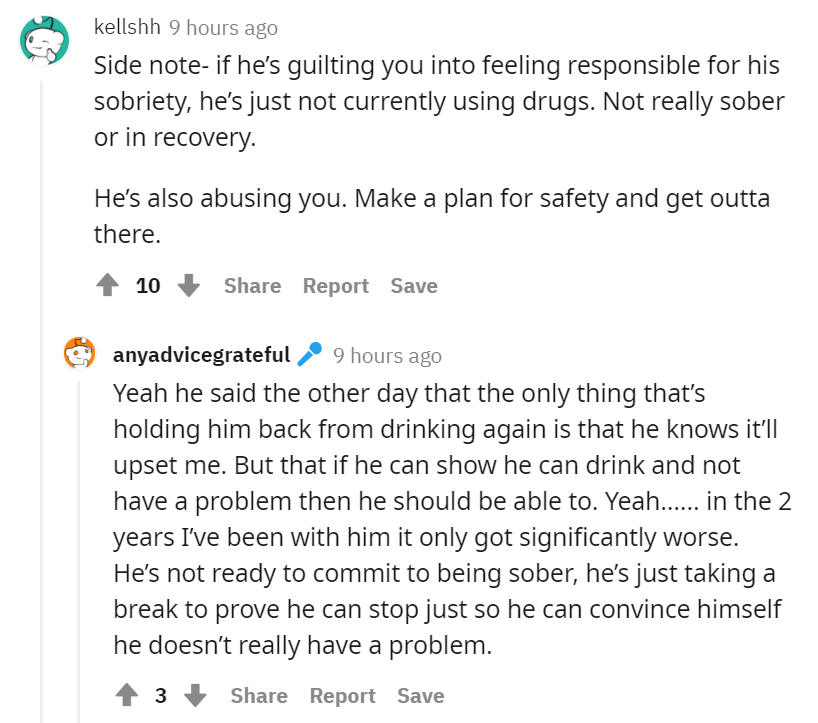 Nobody should have to ‘fix’ their partner. It isn’t anyone’s job. 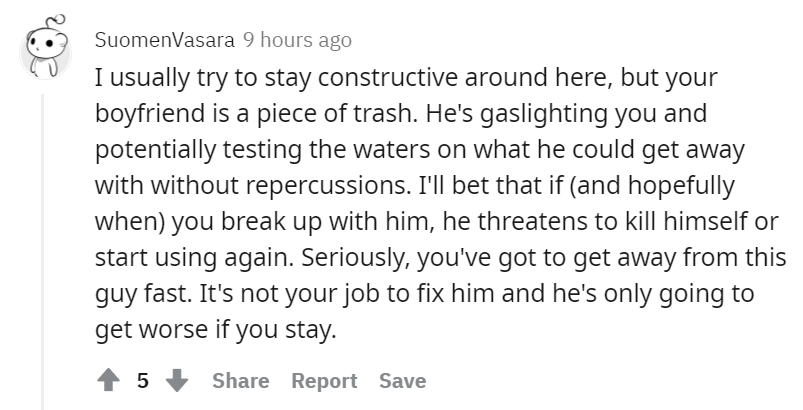 He basically takes every opportunity to break her down emotionally until she can’t fight back. 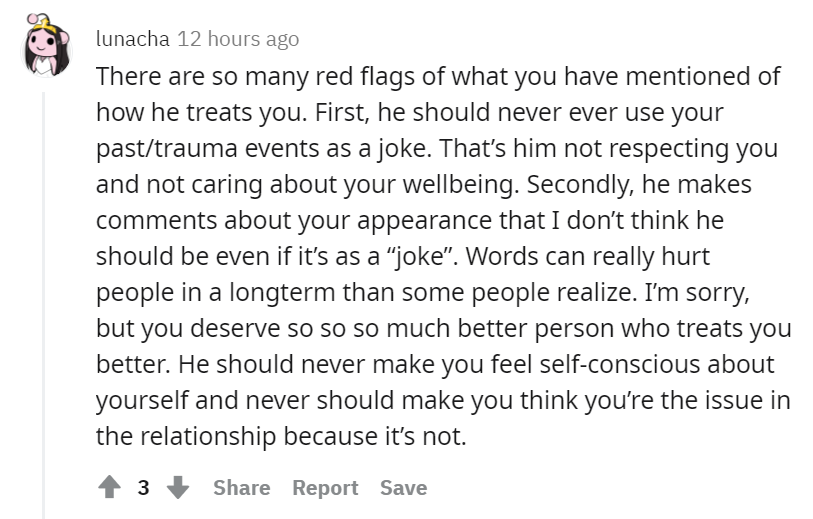 What are your thoughts on this? Do you think she needs to run as fast as possible or should she give him another chance? Comment down below and let us know.