Artists nowadays are always coming up with amazing creative ideas.

We have to admit that we all have been obsessed with the Disney Channel and Disney’s amazing characters in our childhood, even now many of us still remain huge diehard fans of Disney movies. Everyone in our childhood wanted to become one of the characters from Disney movies, most importantly, a Disney princess. That is all we dreamt about as a child. We would wear Disney clothes, we had Disney-related stationery, we had Disney-themed birthday parties. Everything in our lives as a child was related to Disney somehow. Going to Disneyland is still everyone’s on top of the list wish, be it a kid or an adult. Disney gave us so many princesses from different countries, races and cultures that we all wanted to be one of those princesses when we grew up.

This TikTok artist really helped improve our imagination of a modern-day princess with her art. Yudelmis San Emeterio, known by her TikTok username as vanotyarts is a 29-year old artist. She gives Disney Princesses a modern twist that makes them look like actual princesses from our generation and todays’ audiences find the modern princesses a lot more relatable. Because of her incredible talents and skills, her creativity has caught the attention of many people which has made her art very popular. It is no surprise that her TikTok account has reached around 180k followers, her videos have got over 6 million likes so far which is really amazing. Keep on scrolling down to see the amazing art and the artist herself…

1. Here is the amazing artist herself!

This incredible artist is actually finishing up her art degree all the while keeping herself busy with this fantastic project that has made thousands of people fans of her and her art. 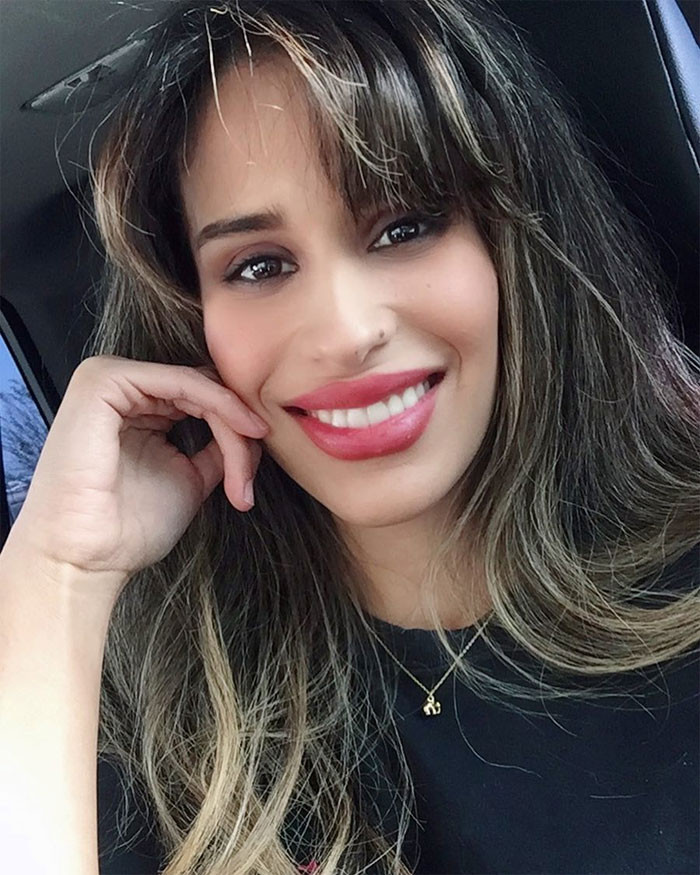 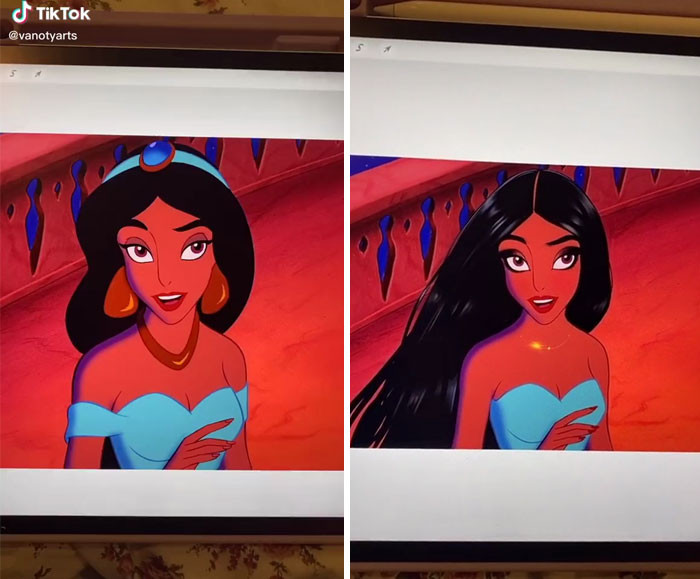 “There are many fan edits out there similar to it; so I wanted to go in from the angle of keeping it as close to the original texture and style as possible. It’s more challenging than people realize, especially when working off a 3D still. It’s a lot of painting!” She explained. 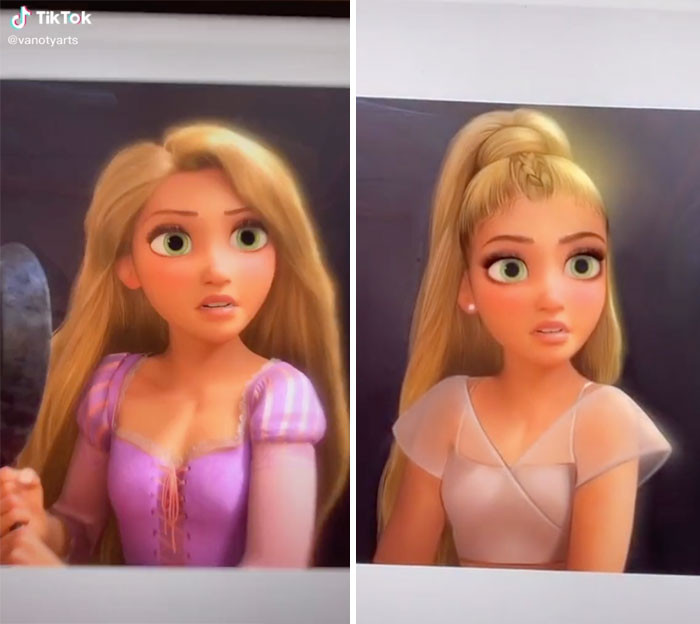 The accessories and jewelry, each and every little thing Yudie adds to the Princesses’ looks give them the perfect modern and today’s generation’s look that everyone finds super relatable and fun. 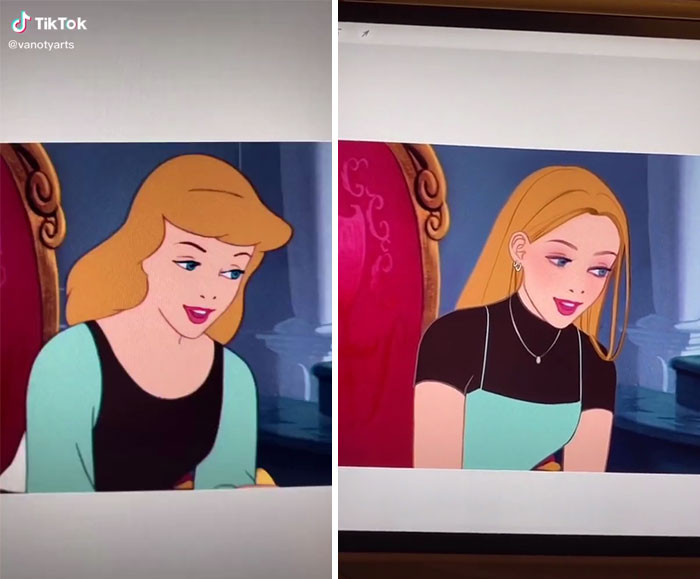 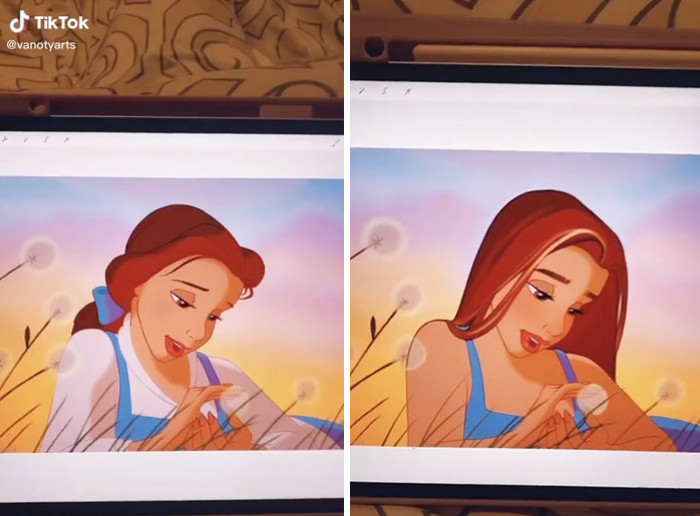 She even gives some of the princesses tattoos too, how cool is that?! 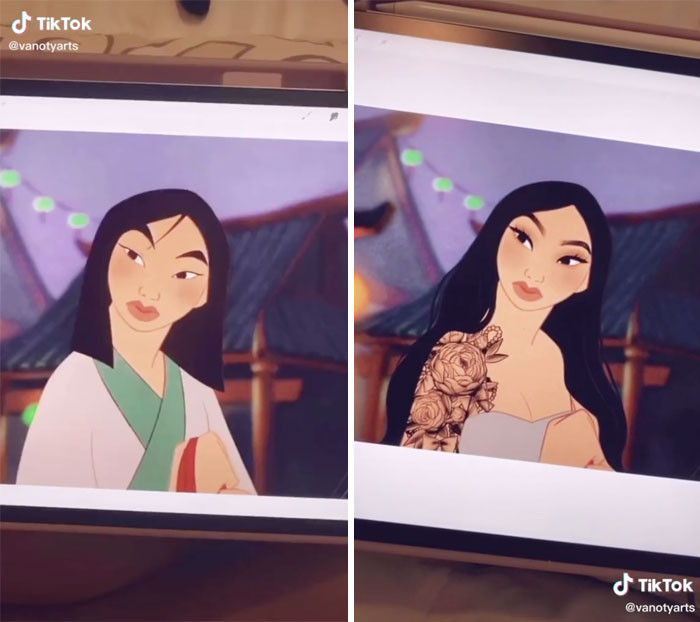 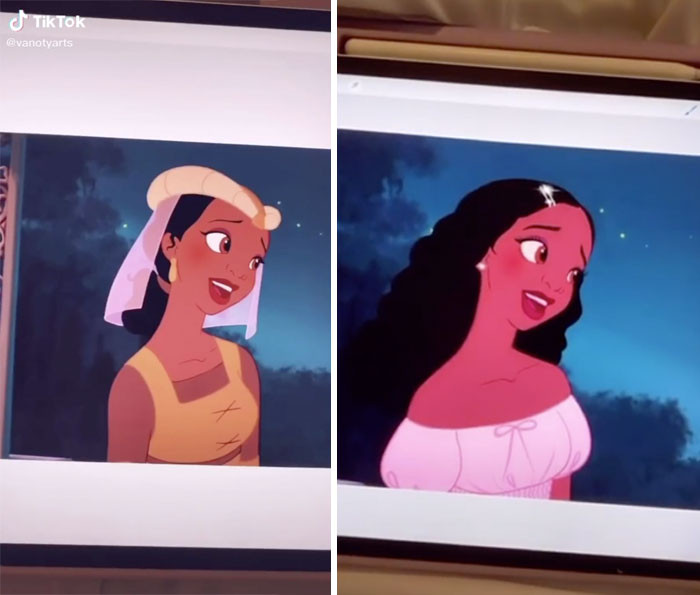 “Out of all the female leads in Disney, I resonate with Jane the most. I’m still waiting for my Tarzan, though,” Yudelmis posted on TikTok post. 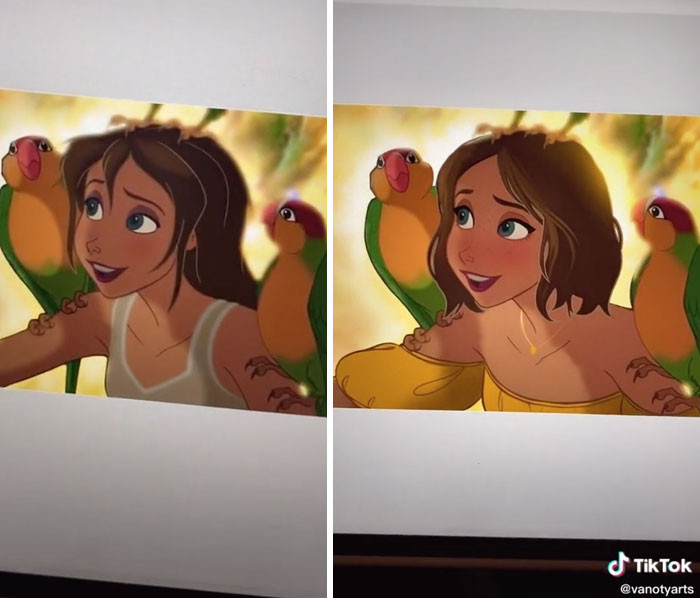 Yudie said the inspiration behind her creative modern art was the increasingly famous trends she has discovered on the popular social media platform TikTok by other amazing artists just like herself. This gave her an incredible new idea to show her creativity and talent by giving the trends a try at re-inventing Disney princesses but with the touch of her aesthetic and her style. “When I saw people giving makeovers to Disney characters, I couldn’t help myself! My main goal with my videos is to keep the changes in the transformation as close as possible to the style and texture of the original art.” Yudie said in an interview with Buzzfeed. Yudelmis makes changes to every Disney characters’ clothes, make-up, hair and even adds some accessories to give them the new era look. This is basically how she achieves the transformation goals that have us all hooked on her style. “Sometimes I’ll take cues from personality traits, but most of the time it’s about creating a (hopefully) flattering final product. I don’t always know what’s on trend, so Google is my best friend. We spend a lot of time together.” She replied to Bored Panda when asked about what inspires each and every little choice when it comes to giving a complete make-over to a princess. This is not all, guys, this extremely talented artist has so much more to offer the world. Yudelmis says she loves drawing and painting, she loves trying out new things therefore she does not want to be known for one thing only. She is thinking about expanding her series which will include cartoon characters of real-life people! This is so much amazing. Keep on scrolling down to see the sneak peek of the new idea…

In an interview with Bored Panda, she told, “Videos like the Ariana Grande one tend to be more fulfilling for me since the art is all mine, so it’s something I want to explore more in the near future. Imagine Jason Mamoa as a Disney cartoon character!” 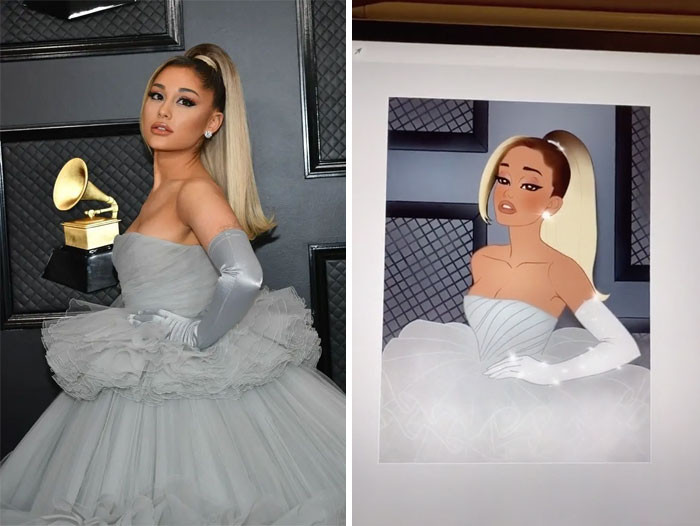 10. She made a cartoon character of herself as well.

“Like most people in my age group, I grew up heavily invested in Disney films. Even now as an adult, I rarely miss a new release! Maybe it’s the nostalgia aspect of it, but Disney movies always tend to illicit strong emotions within me. I am that person bawling as soon as the opening credits roll; it’s pretty embarrassing.” She told Bored Panda. 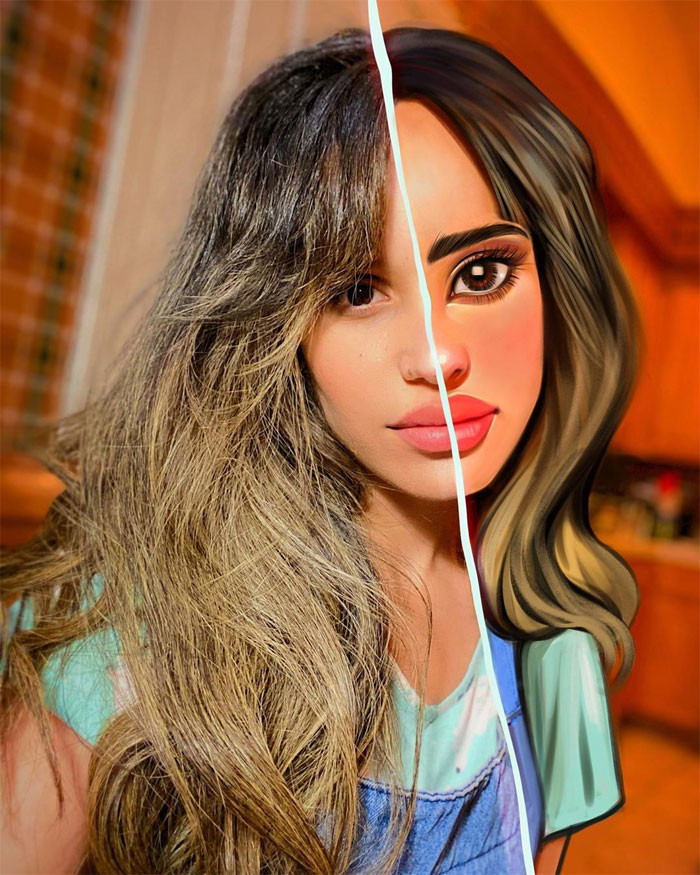 11. This is what a fan commented on one of her posts.

12. This is cute. People really appreciate her art, it is amazing.

13. I love how supportive her fans are.

I have to admit that this woman is an incredible artist, she has so much potential and she is full of amazing ideas that are so creative, they can only be done by amazing and super talented artists like herself. I can tell she is going places with her art, she will make a big name out of herself. I believe the art she shows on her TikTok is just a drop in the ocean and she is just getting started. I would love to watch her get all the success, appreciation, recognization and fame that she truly deserves. You can stay up to date with her new art by following Yudelmis on Instagram and on TikTok. Which modern makeover of these Disney princesses did you like the most? Let us know in the comments down below…