Disney movies have played a major role in our childhood, we were all addicted to watching Disney Channel all the time and we were all obsessed with each and every princess. We all wanted to act, live, dress and look like one of those beautiful Disney princesses. From having Disney Princess themed birthday parties to having bedsheets, stationery, backpack, lunchbox, clothes, plates and even a room decorated as Disney princesses, we have all done that in our childhood.

We have always dreamt of becoming a princess ourselves when we grow up. As an adult, the reality was cruel but now we all wish to see real-life Disney princess movies. After years and years of imagining ourselves as a princess, we have all wished to see real people or our favorite celebrity playing the role of our favorite princess in a movie. Unfortunately, that also seems almost impossible to happen but this amazing Russian artist has somewhat fulfilled all of our dreams with her awesome art. Helen Morgun is a Russian artist who with the help of her imagination and amazing creativity has transformed celebrities into their look-alike Disney princesses and we all are gushing over it. She is insanely talented and her art is absolutely praiseworthy. Keep on scrolling down to see her art yourself…

1. Emilia Clark as Belle from Beauty And The Beast. 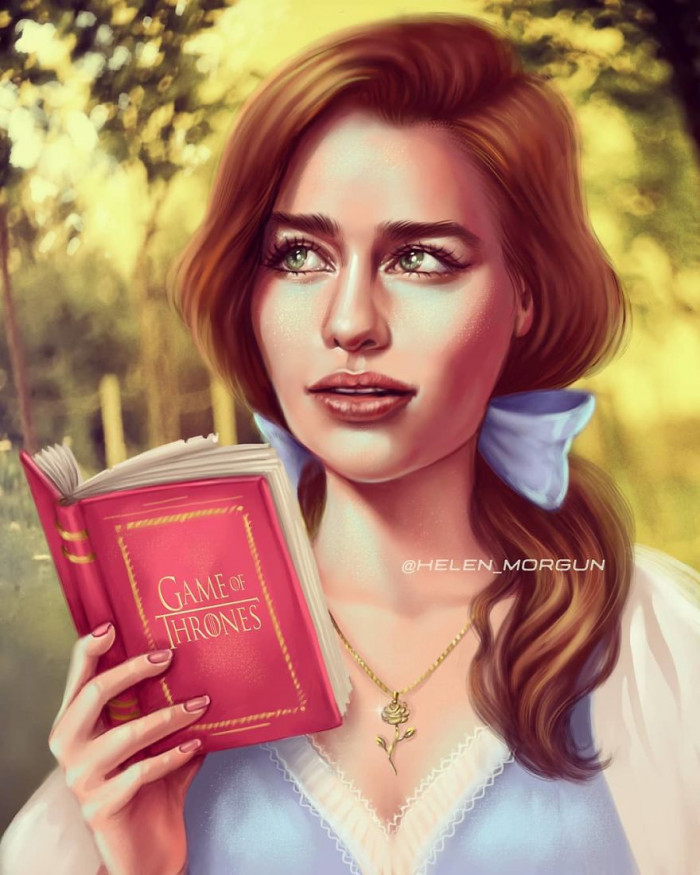 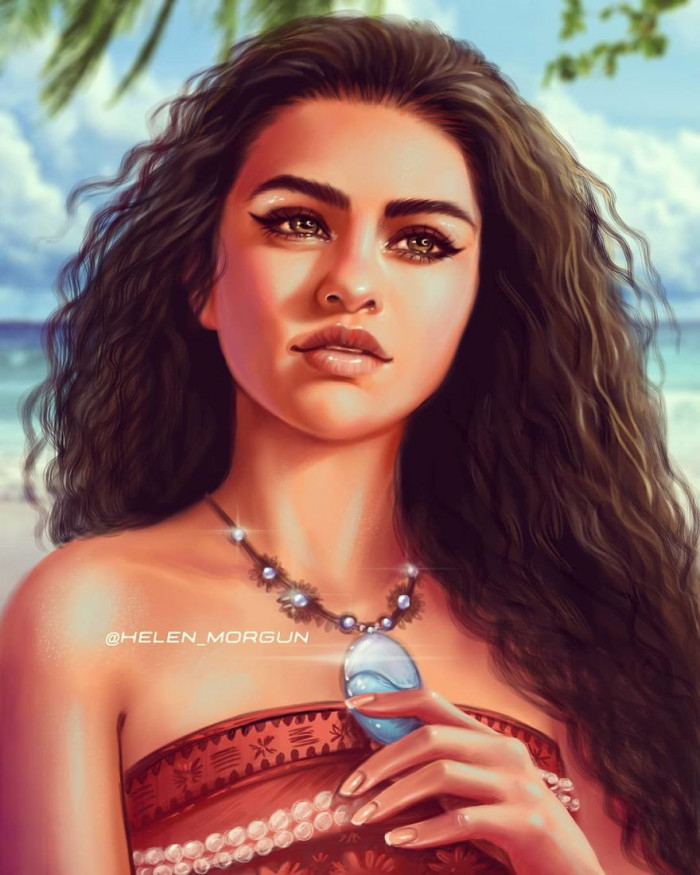 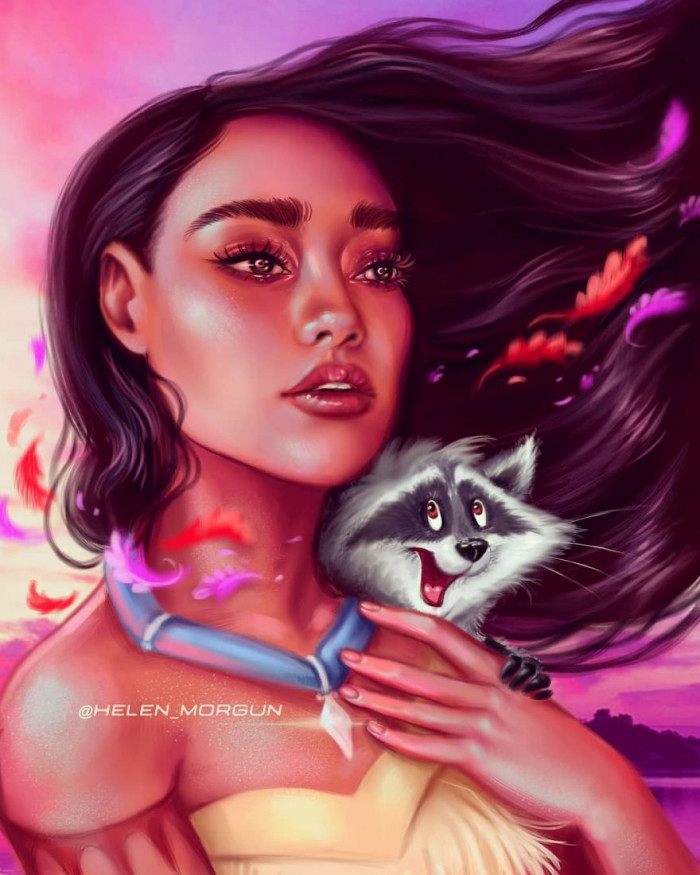 4. Sophie Turner as Princess Ariel from The Little Mermaid. 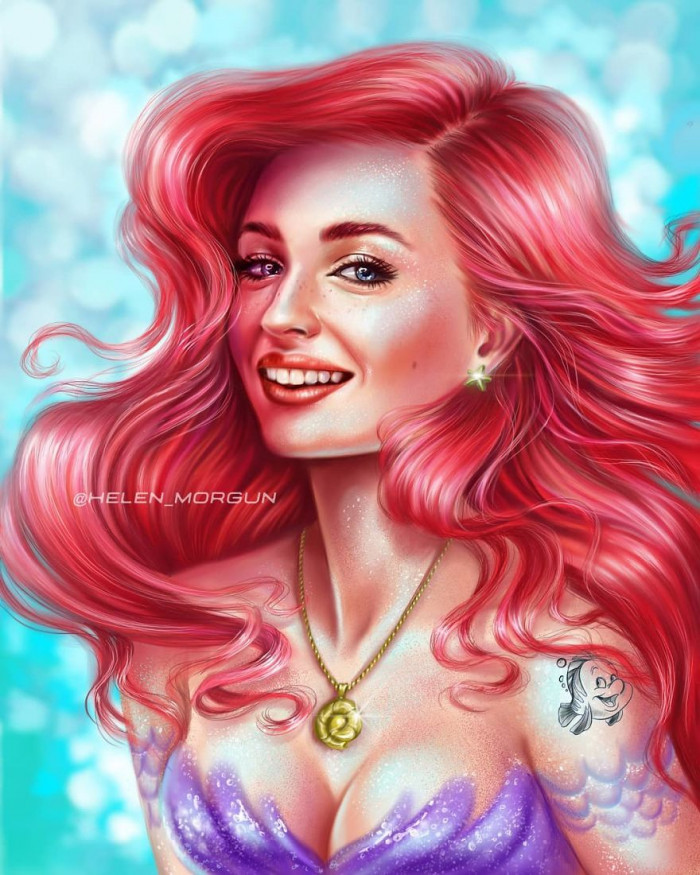 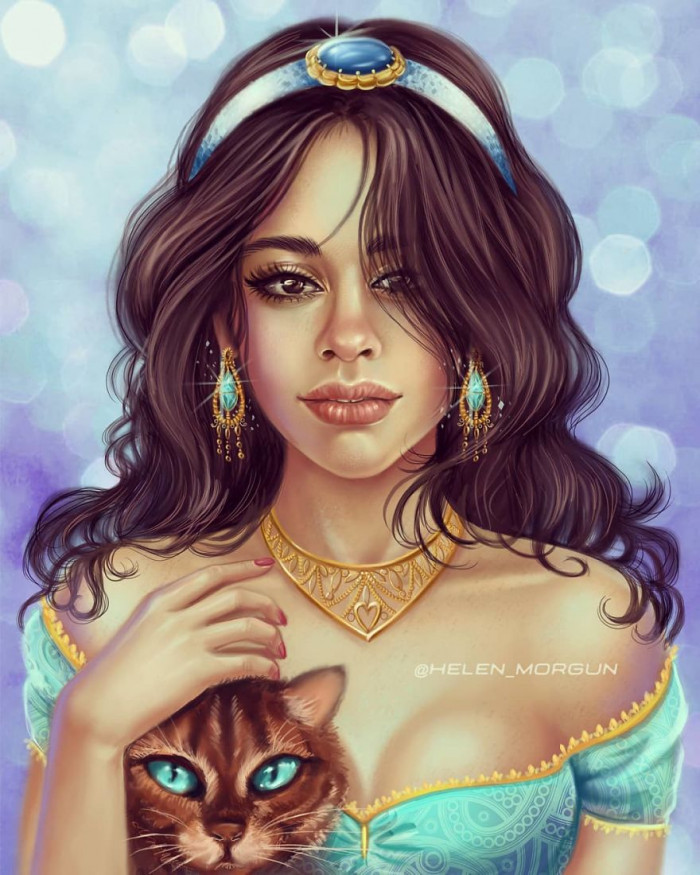 6. Cara Delevingne as Anna from Frozen. 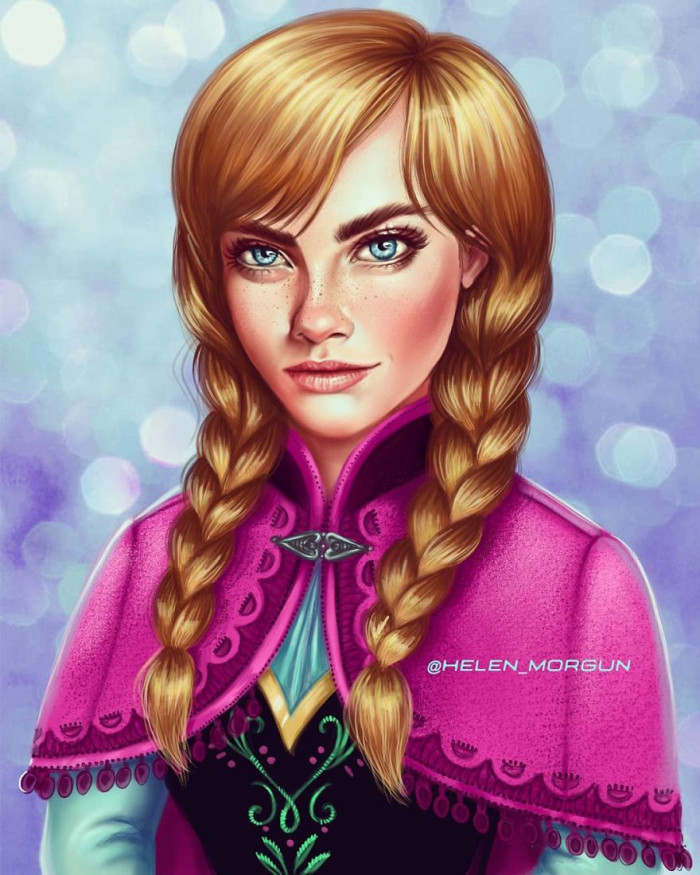 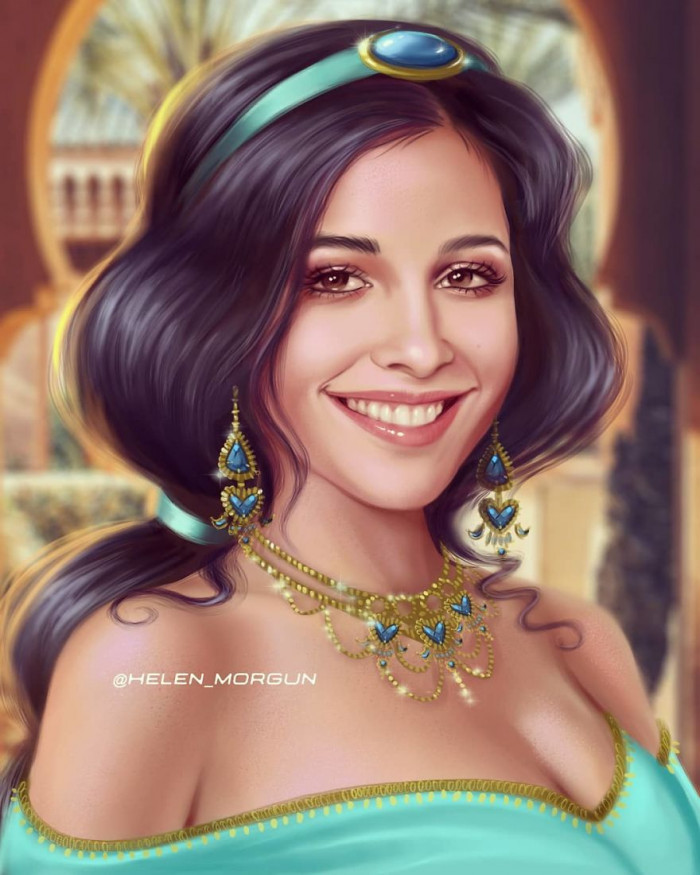 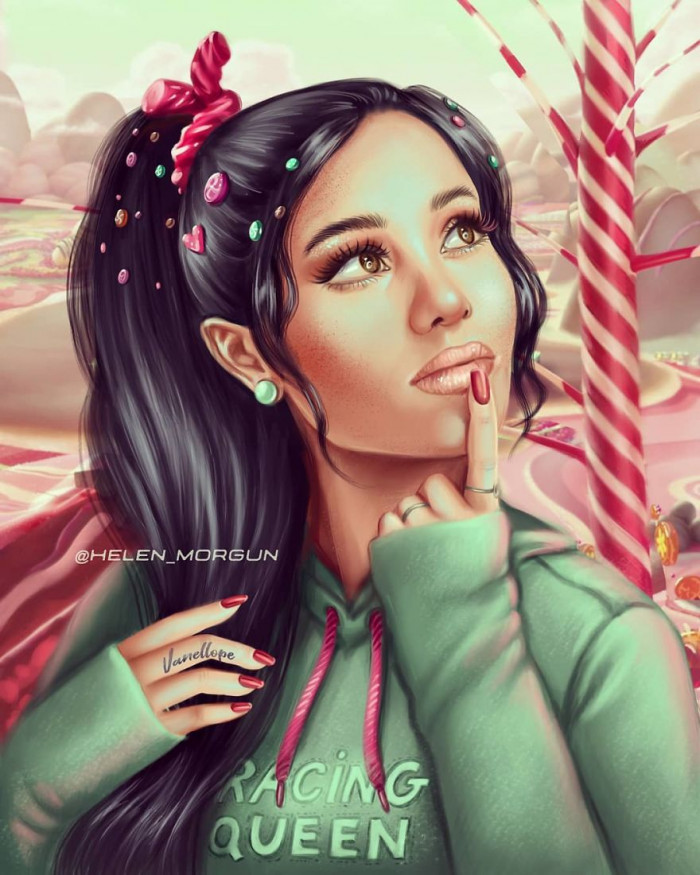 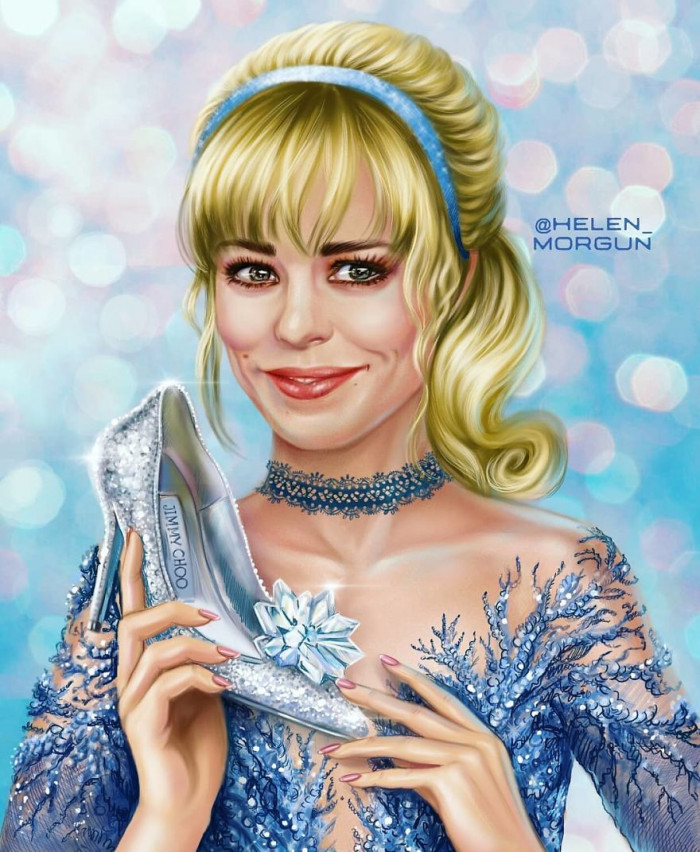 10. Amber Heard as Alice from Alice In Wonderland. 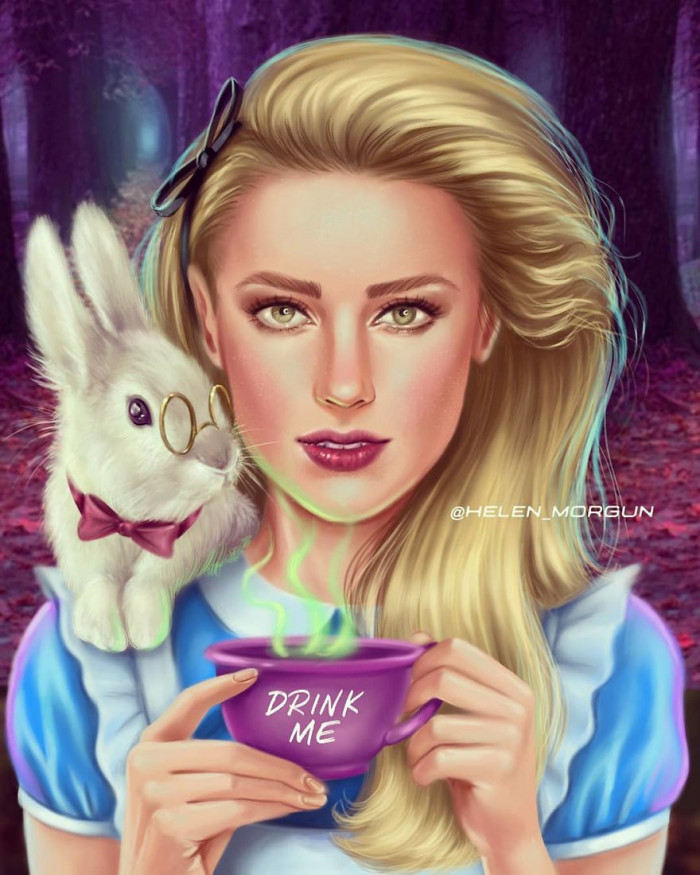 This is absolutely incredible, I love all of these so much! They all look so real it is insane. Helen is truly an amazing artist and she has definitely proved herself with her mind-blowing art. The thing I loved the most about these Disney Princesses is that most of them are exactly how and who I imagined them to be. I have to say, they are way better and beautiful than any of our imagination. It is really amazing how she perfectly matched all these celebrities with their exact look-alike Disney characters. I could have never thought of Billie Eilish playing the role of Kida Nedakh but she would definitely rock it because the resemblance is incredible. Ops, spoiler! Keep on scrolling down… 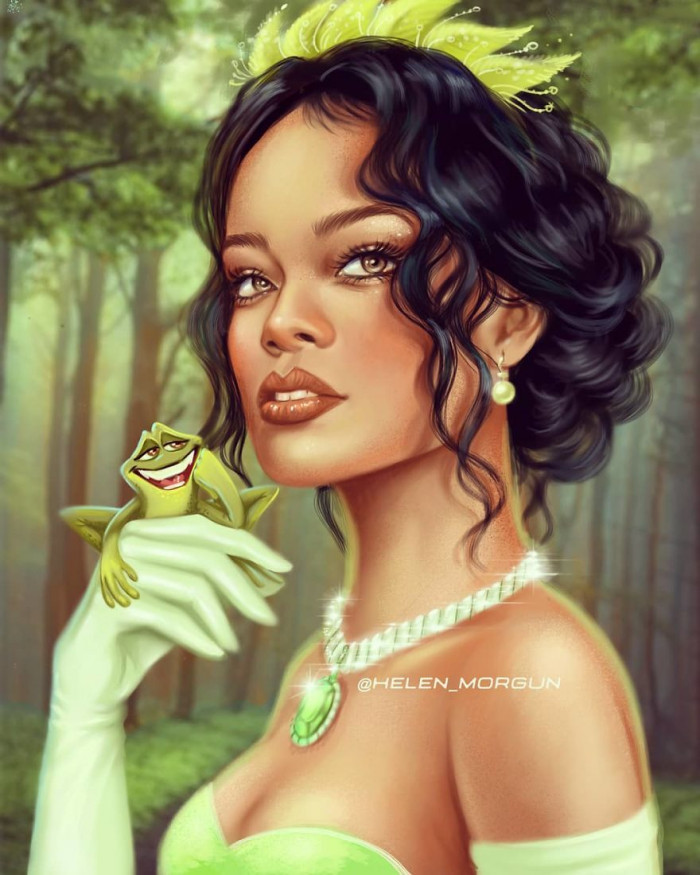 12. Margot Robbie as Elsa from Frozen. 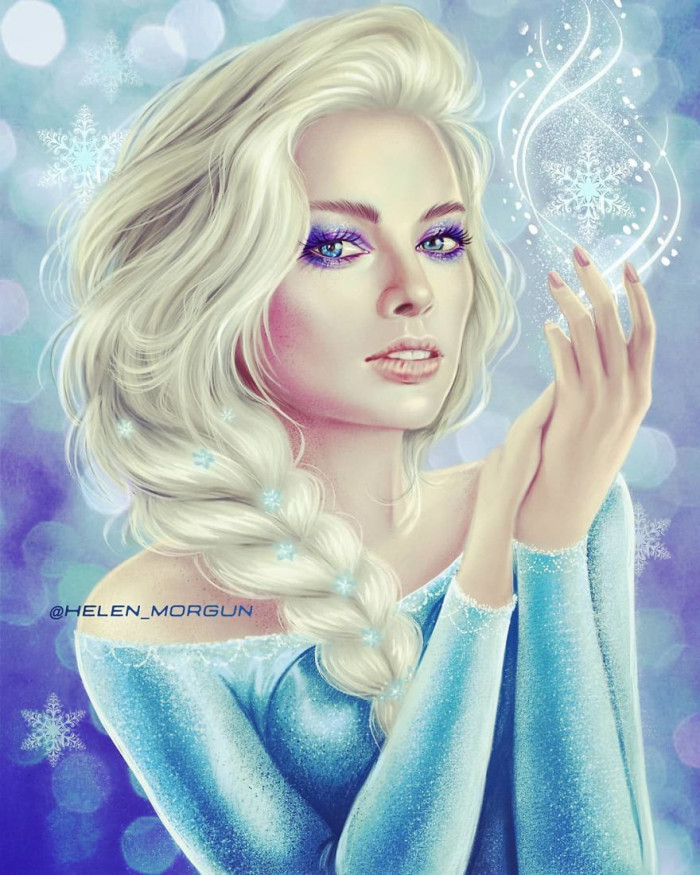 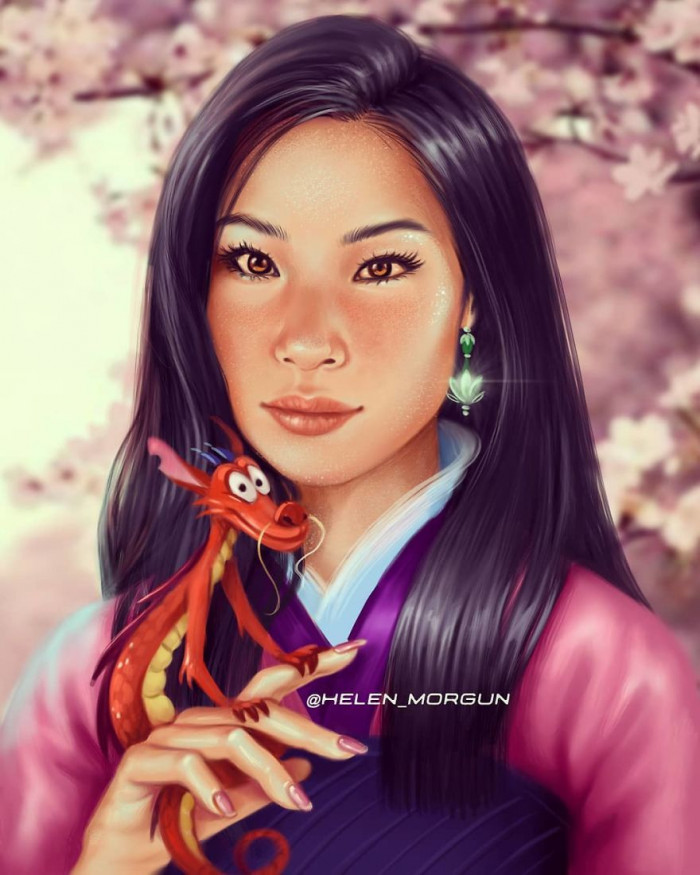 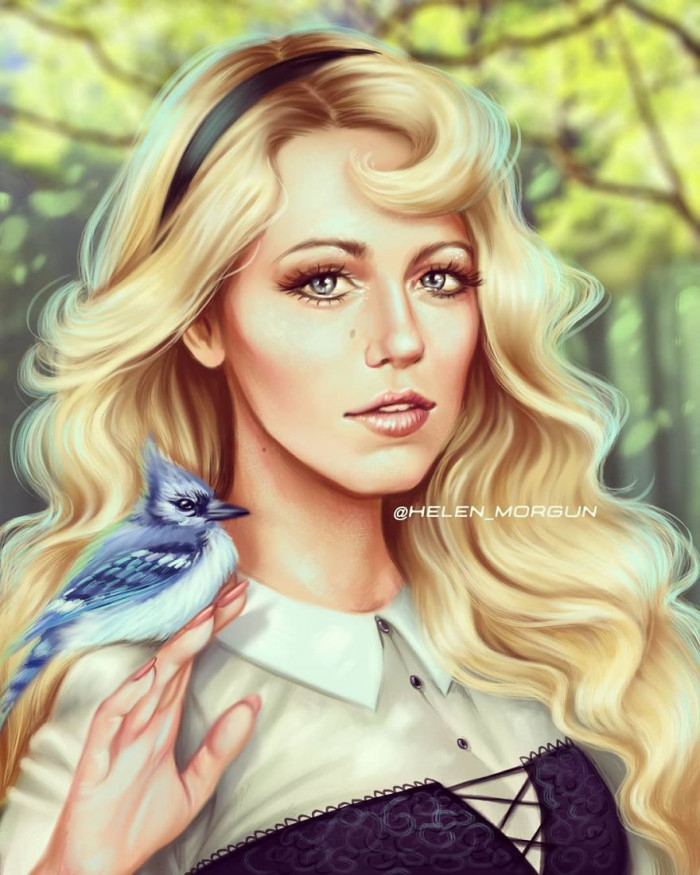 15. Amanda Seyfried as Rapunzel from Tangled. 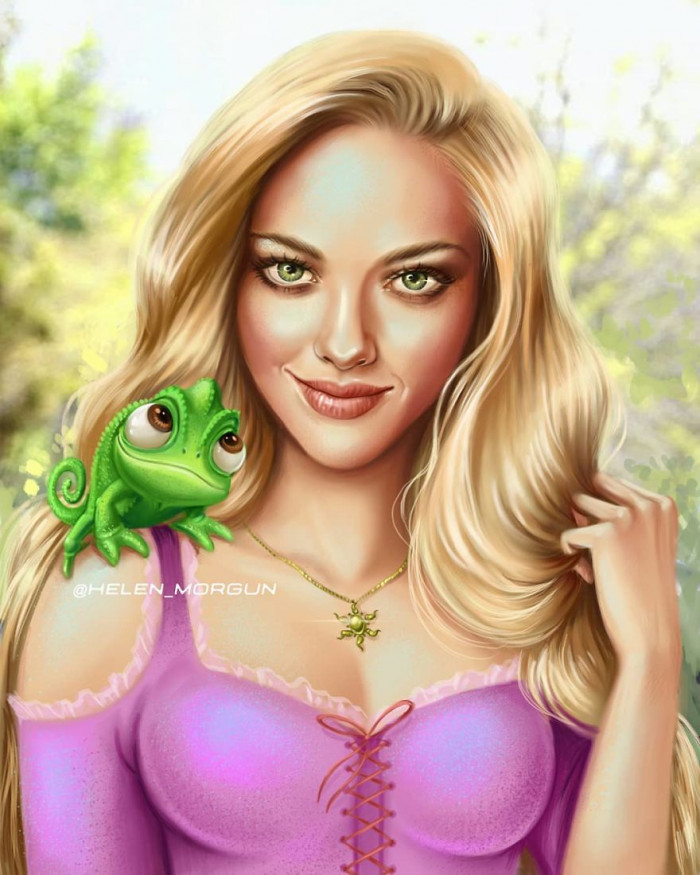 16. Billie Eilish as Kida Nedakh from Atlantis: The Lost Empire. 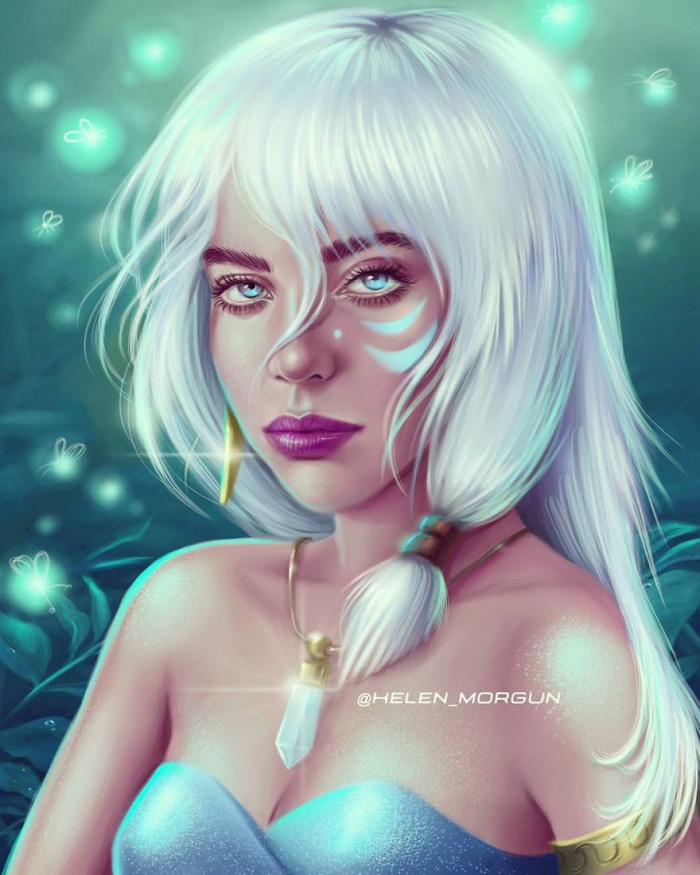 17. Emma Stone as Merida from Brave. 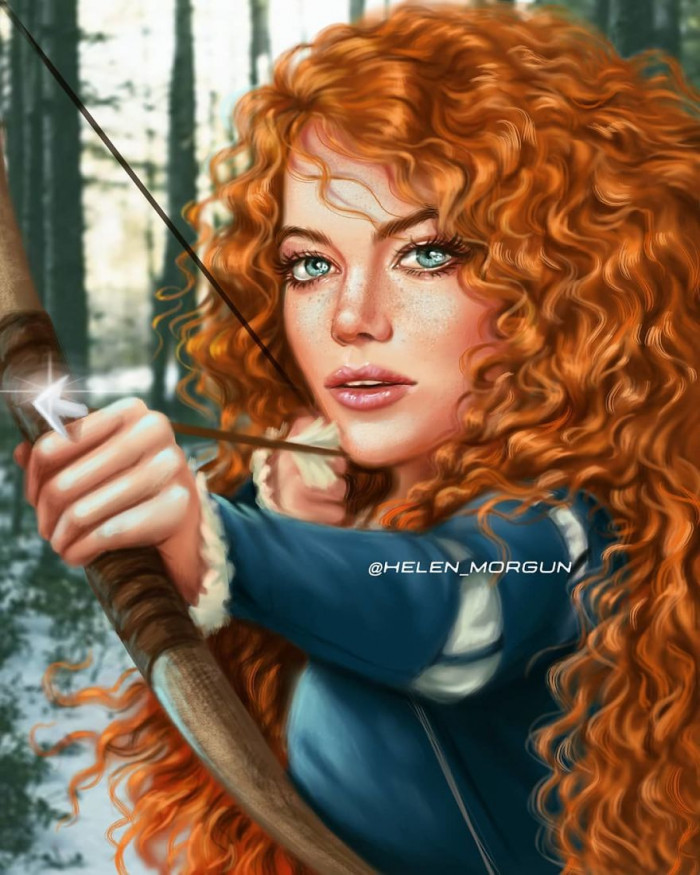 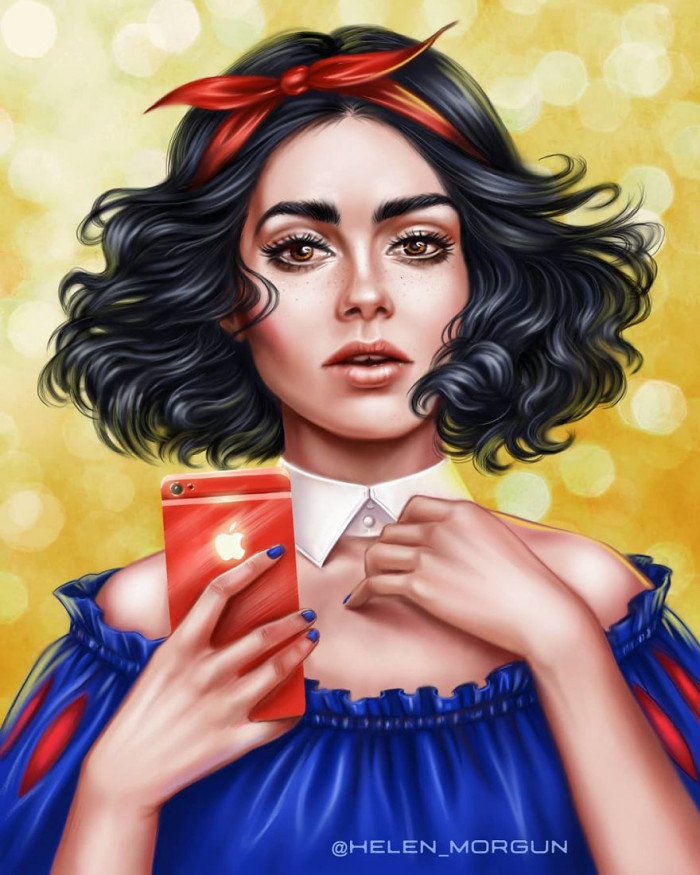 19. Mila Kunis as Esmeralda from The Hunchback of Notre Dame. 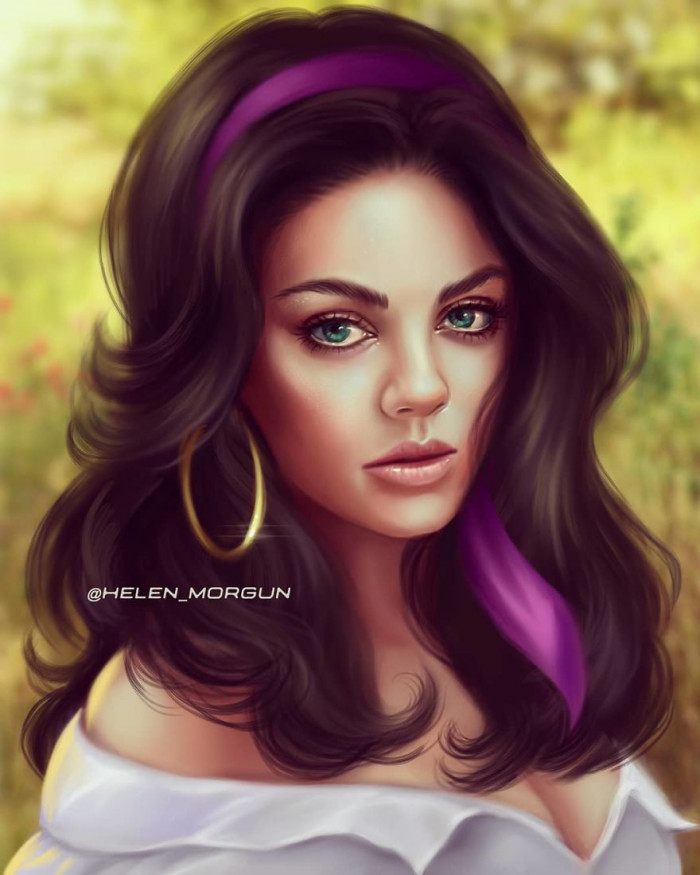 20. Megan Fox as Megara from Hercules. 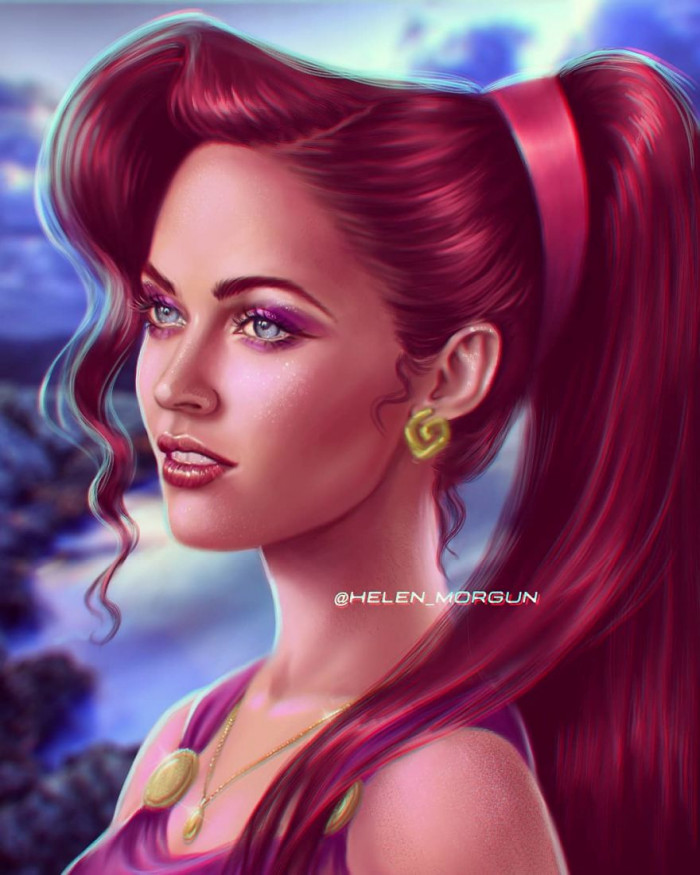 Helen Morgun has really got me wishing for all of those celebrities to actually play the role of the character they resemble. Imagine how crazy that would be?! Emma Stone as Merida is a perfect choice. Same for Blake Lively as Aurora and Amanda Seyfried as Rapunzel. There is literally no one else who would look a better version of real-life Rapunzel than Amanda Seyfried. It is like she was the inspiration behind the look of that Disney princess from Tangled. Which one is your favorite celebrity as a Disney princess? Let us know in the comments down below…