Backhanded compliments are a real thing.

I don’t know why they exist. Since if you want to compliment someone, just do it honestly or don’t do it at all. Silence is much better than a backhanded compliment. However, many people say these sorts of things without even realizing that they are insulting someone. I suppose they don’t have the best manners or are aware of social cues because these ‘compliments’ should be self-explanatory.

Anyway, I am sure all of us can relate to someone insulting us through a poorly disguised compliment. Whether they are doing it unintentionally, it still hurts. And that is probably why one Reddit user was so curious about the best insulting compliments people have ever received.

As you can imagine, Reddit users had many experiences in this regard. So scroll on below and take a look at some of the rudest and the most hilarious compliments ever.

#1 In this scenario, just don’t compliment.

#2 I mean there is always room for improvement?

#3 At least you are number one at something. 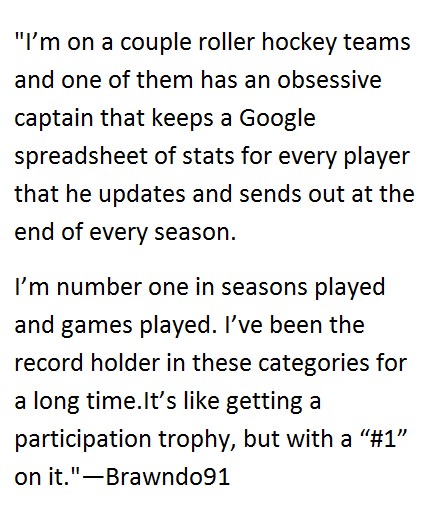 #4 It just means you aren’t a creep magnet like her. 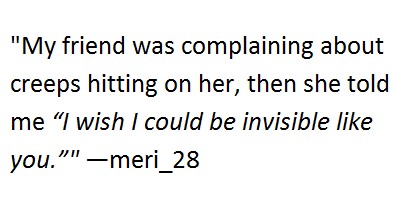 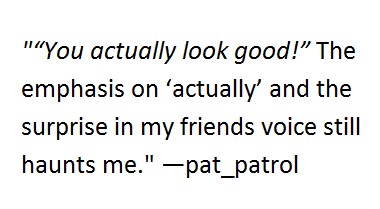 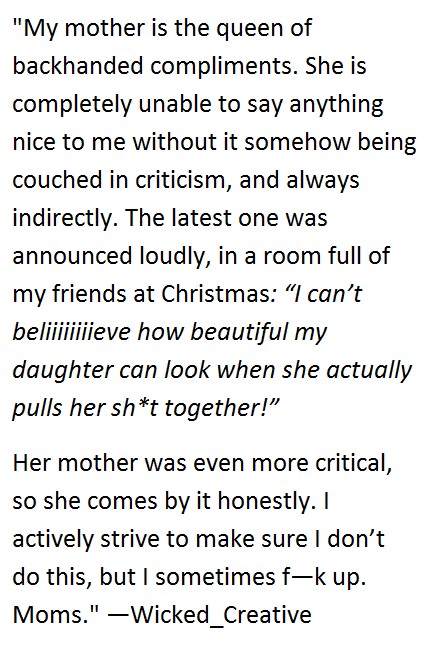 “I can’t believe how much I’ve learned about toxic behavior from you!” –cultured_banana_slug

#8 Well, that is just straight up rude and ignorant. 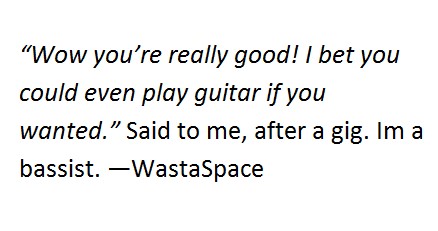 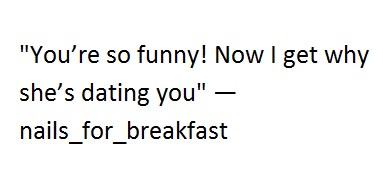 I haven’t gotten exactly that, but sometimes if I show people pictures of my wife, they look surprised.

Like thanks bros, I know she’s beyond me. –Teglement

#10 Of course, short hair means you are automatically a boy. 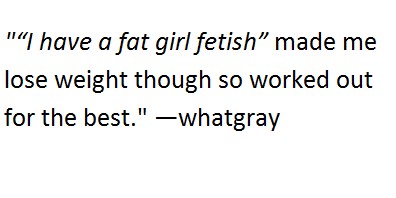 #12 I mean kudos to them for ‘supporting’ LGBTQ but short hair does not make you a lesbian. 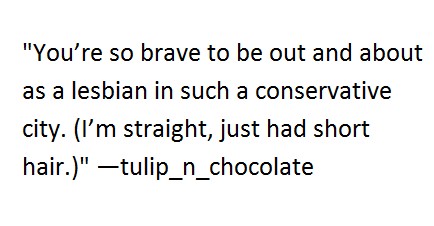 #13 I am sure they didn’t understand that at the time. 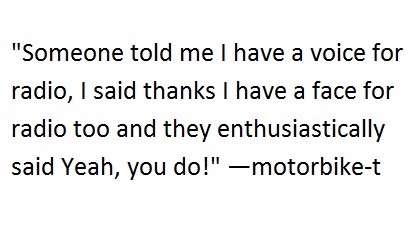 There’s always a chance they didn’t realize the joke and thought they were just continuing the compliment.

If they’re anything like me, 5 hours later, sitting horrified in their bedroom, “Why did I say that?” –BabyMrPeanut 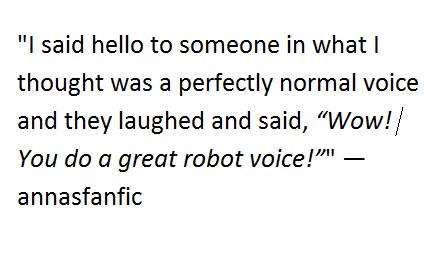 #15 Did they gesture to what they were talking about?

#16 Just end a compliment before saying anything like ‘…for a’. 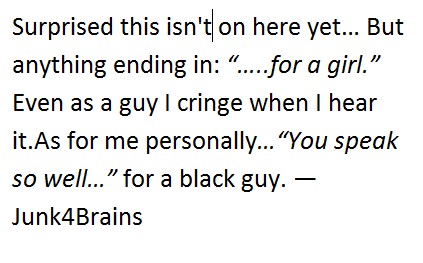 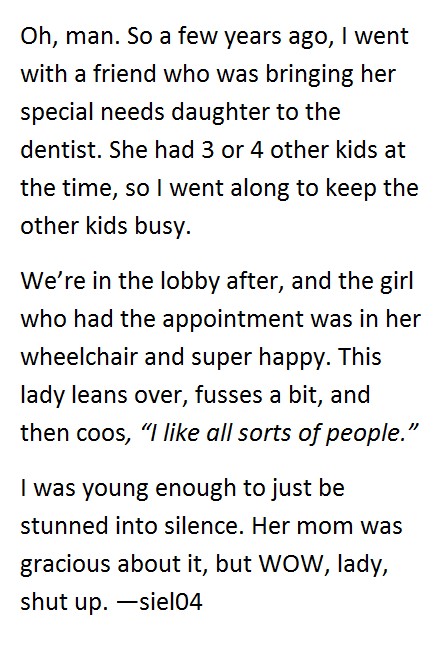 #18 If the only thing you can find attractive about someone is their eyebrows then somethings wrong. 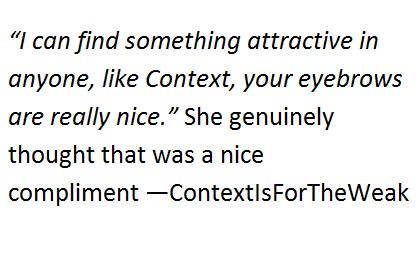 #19 If I had a penny for every time someone said this to me. I would be a billionaire. 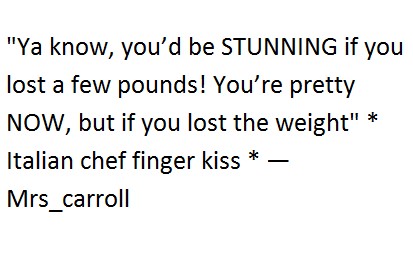 During a health crisis I could barely eat. I lost over 30 lbs in 6 weeks. While standing in line a well fed woman looked me over and said, “Sweetie, if you’d gain a few pounds you might look human.” –fromthewombofrevel

#20 I wanna know why everyone else thought that. 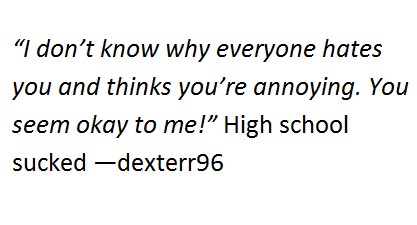 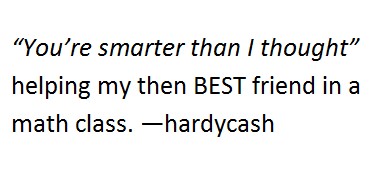 #22 Did that workmate think before saying this out loud? 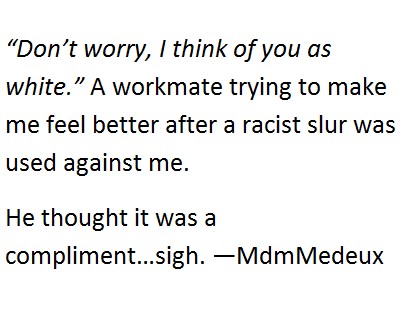 #24 This is why I have given up on dating websites. 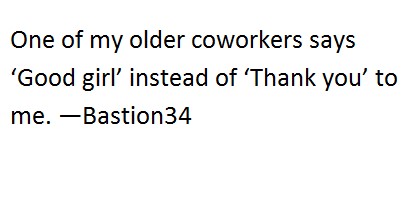 #26 So should she stop being able to see just so she can look pretty for you? 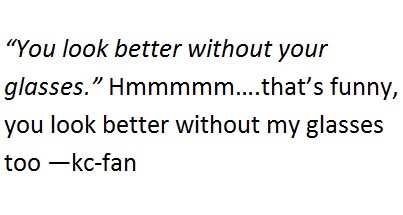 #27 Vans are not some hot new thing that only young people wear. 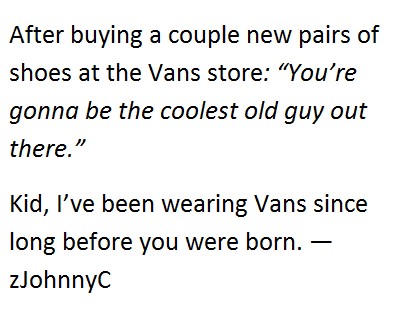 #28 Well, your sister should learn some basic manners. 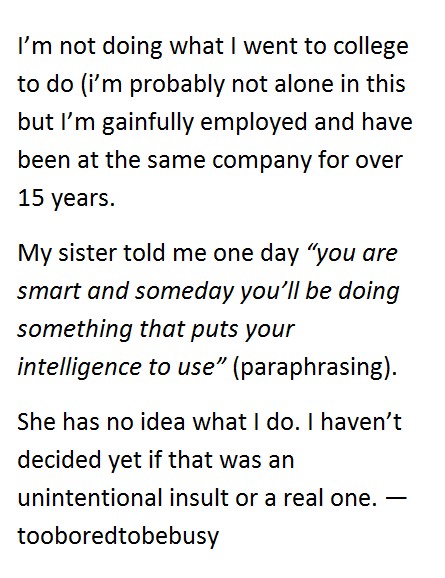 #29 Grey is the new black so it’s totally fine.

#30 These days having big hips is definitely a compliment. 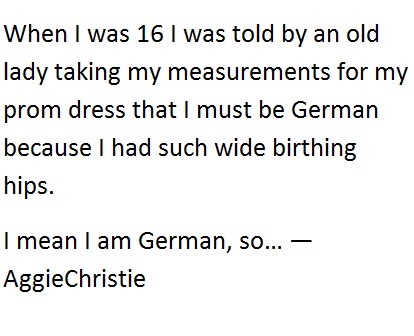 #31 Looks not mattering is great but nobody who goes for personality would say that. 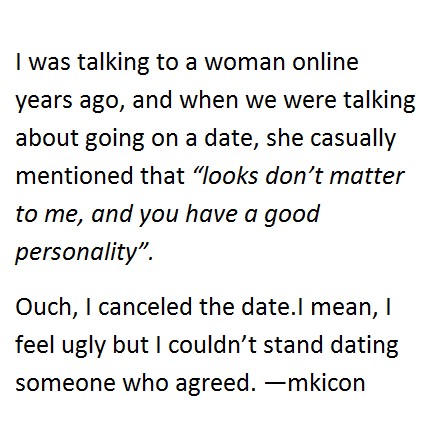 What are the worst insulting compliments have you heard in your life? Comment them down below and let us know.