No matter how many times you tell these entitled people the honest facts, they will literally plug their ears just so they can say that they are right. It really makes me think about how these sorts of people are able to go on with their lives believing they can never be wrong. There is a subreddit known as r/IDontWorkHereLady and it is exactly what it says.

If I mistakenly think someone is an employee there and they tell me they don’t work there, we will both go on with their merry lives. Who would be stupid enough to say that they are lying? Well, apparently Karens. Maybe it is because they themselves lie so much, that they think everyone is like them.

The following is just one example of this scenario. So scroll on below and take a look.

If she looks like a Karen she is legally a Karen period. 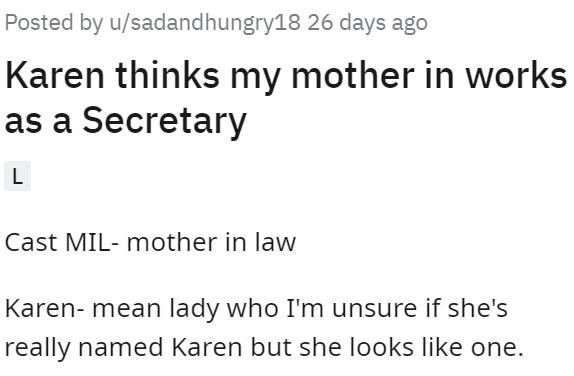 First, we set the scene on what was happening and why they were at physio. 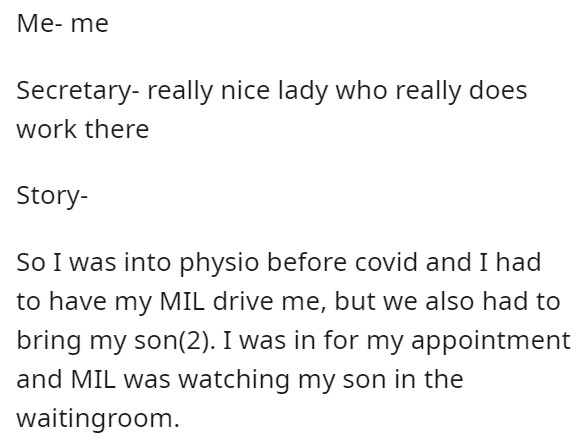 I can see why one would make that mistake considering she was behind the desk. 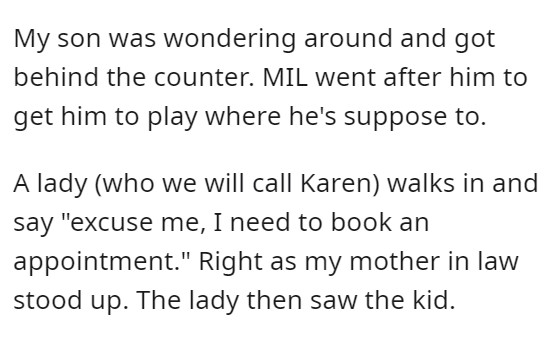 However, when someone clearly says they don’t work here, they are probably right. 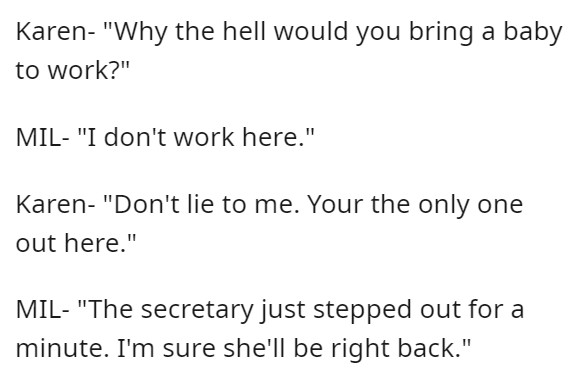 I am not sure she understood anything of what the woman said. 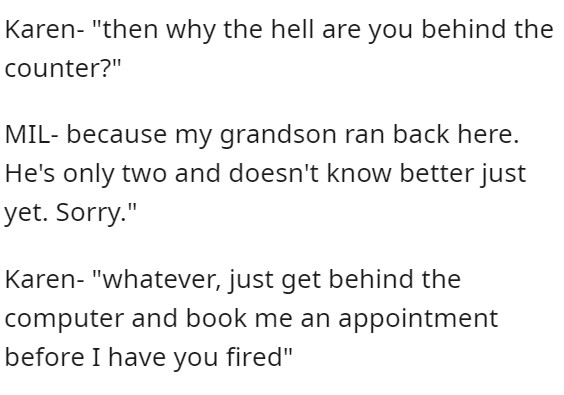 How can someone fire a client? I can never understand the logic of a Karen. 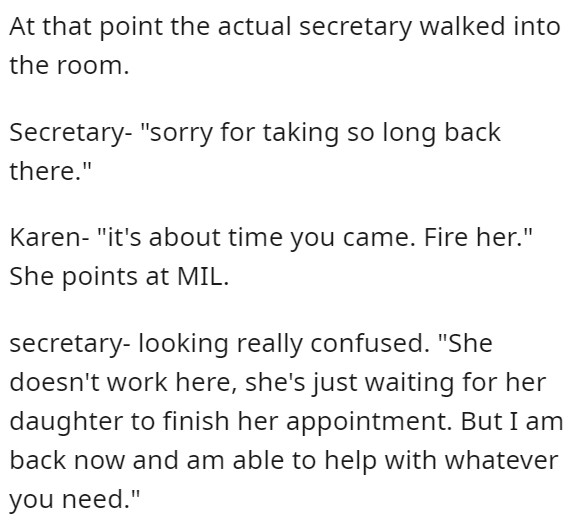 I am really starting to lose all faith in humanity. 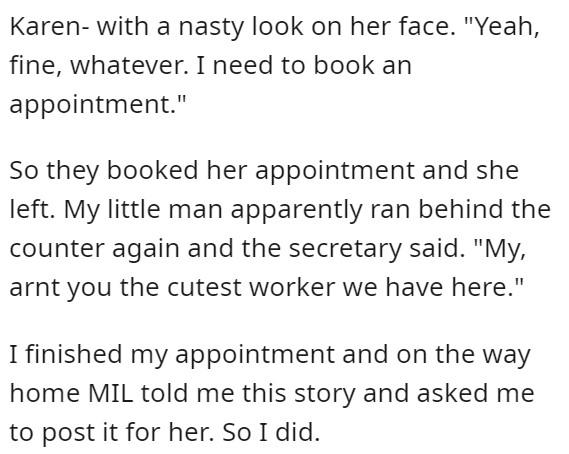 Aww, little guy! Whenever a kid comes behind my counter I always say with a smile, “If you’re gonna be back here, I’m gonna put you to work!” Love ‘em! Keep going to that PT. Sounds like they have a good staff! And your mil – I would have answered with obvious sarcasm, “She CAN’T fire me because I QUIT!” –SonicBoris

Maybe I’ll try something like this one day to see what happens. 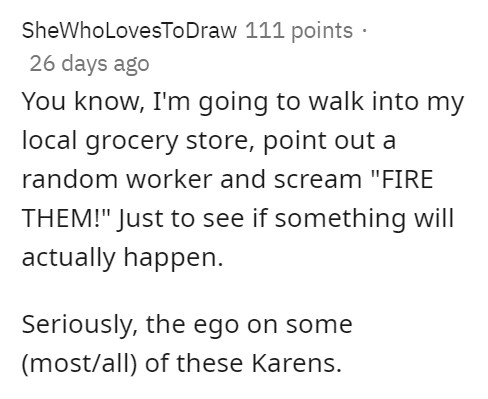 I think grade school is a little too high level for them. 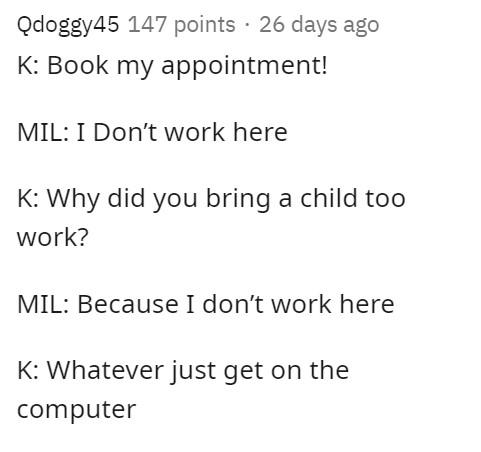 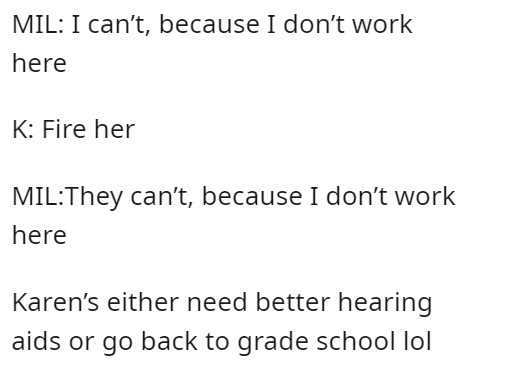 I wouldn’t have put it past her to yell at a child. 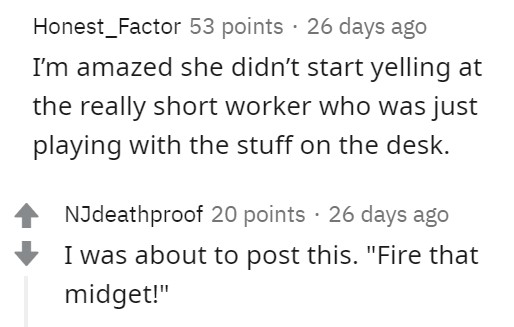 A Karen reflecting on her sh**ty behavior? Not in a million years! 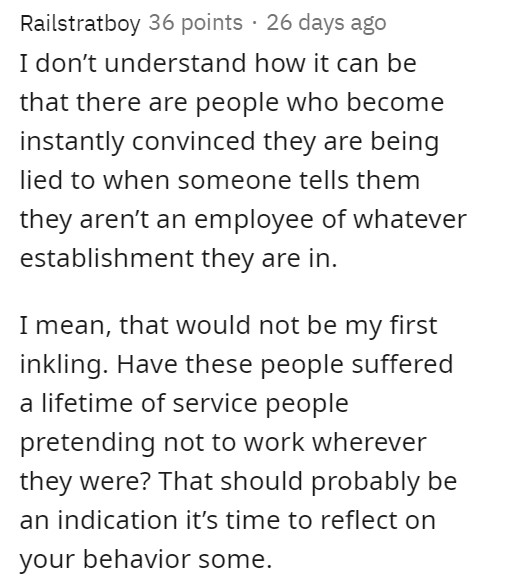 To be fair, a manager I worked w in Bradlees looong ago, who oversaw stocking shelves – he could literally be putting microwaves on the top shelves, get asked for help by a customer, and reply, “Sorry, I don’t know, I work for Frito Lay.” Why this was always accepted as a true statement is beyond me… –allecto13

As it should be. 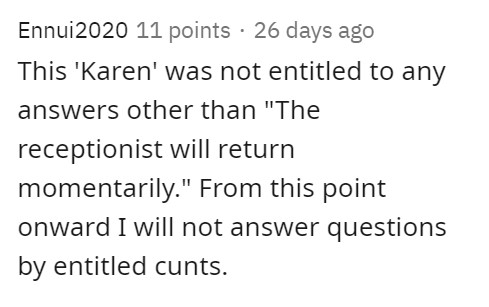 Has anything like this ever happened to you? If so let us know in the comments below. And don’t forget to share it with your friends as well.