People, no matter from what era, have had the same fear throughout. The fear of the unknown. From the start of times until today it has remained constant. That is exactly why everybody feels the need to stay in a comfortable environment, and get themselves familiar with anything and everything in sight.

It is hard to deny the existence of creatures that we cannot see. There is a world beyond ours and a human brain can’t even comprehend what goes on in that world. We can be thankful for one thing though; science. It has made our lives … slightly better by explaining why and how we exist and what reality actually is.

In the earlier times, myths, mythical creatures, and legends were talked about only to scare people into behaving the way others wanted them to behave. It was even used to scare people to be more religious, or morally correct. It was passed onto generations as a warning that these things exist. Now, even though it is taken lightly in some cultures, that deem it all to be fictional stories, and other cultures that firmly believe that such things exist, both kinds of people are actually really scared of these things anyway. 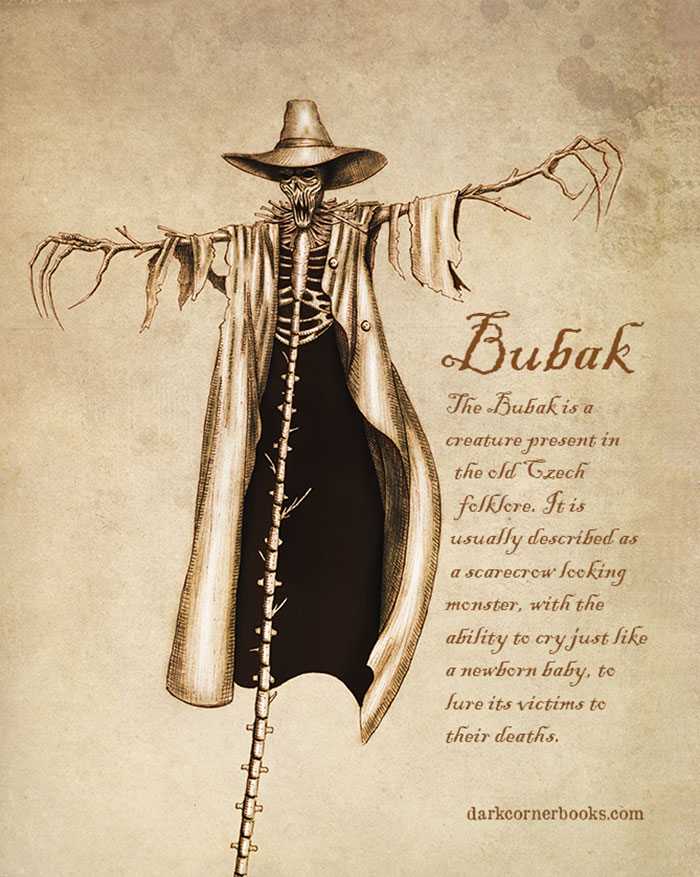 The Bubak is a creature present in the old Czech folklore. It is usually described as a scarecrow looking monster, with the ability to cry just like a newborn baby, to lure its victims to their deaths. 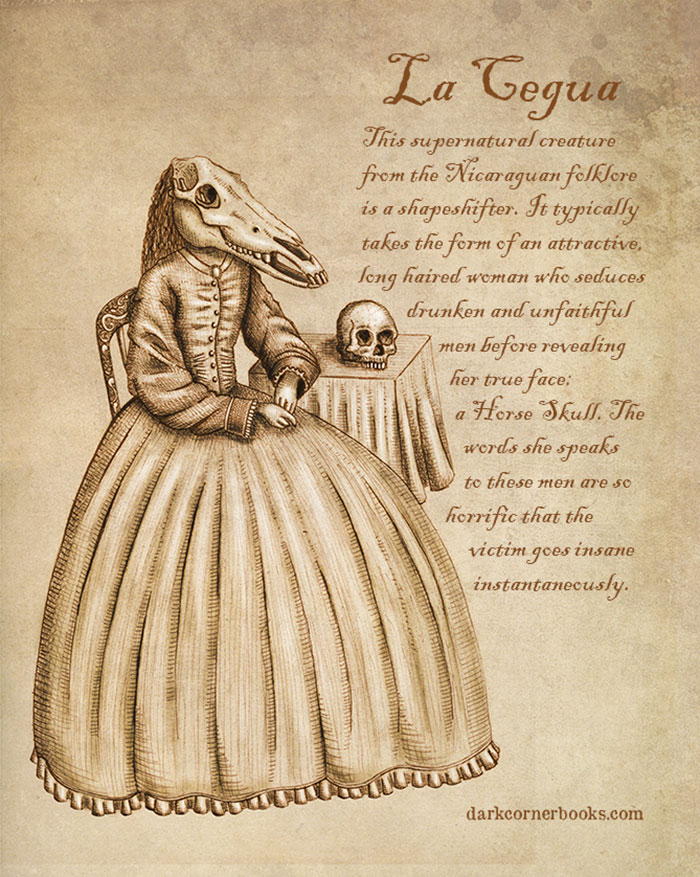 This supernatural creature from the Nicaraguan folklore is a shapeshifter. It typically takes the form of an attractive long haired woman who seduces drunken and unfaithful men before revealing her true face: a Horse Skull. The words she speaks to these men are so horrific that the victim goes insane instantaneously. 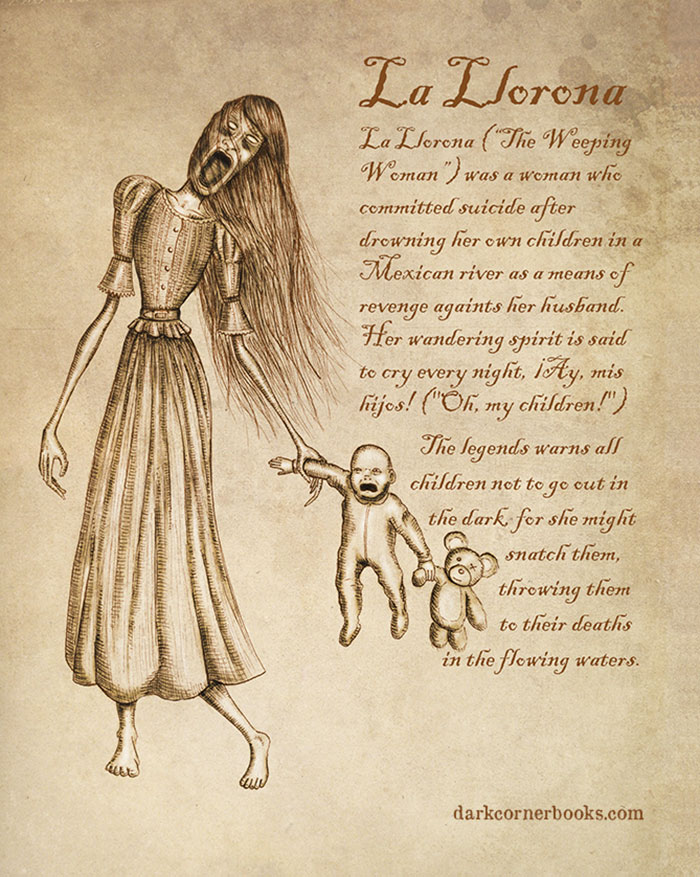 La Llorona (The weeping Woman) was a woman who committed suicide after drowning her own children in a Mexican river as a means of revenge against her husband. Her wandering spirit is said to cry every night ¡Ay, mis hijos! (“Oh, my children!) The legends warns all children not to go out in the dark for she might snatch them, throwing them to their deaths in the flowing waters. 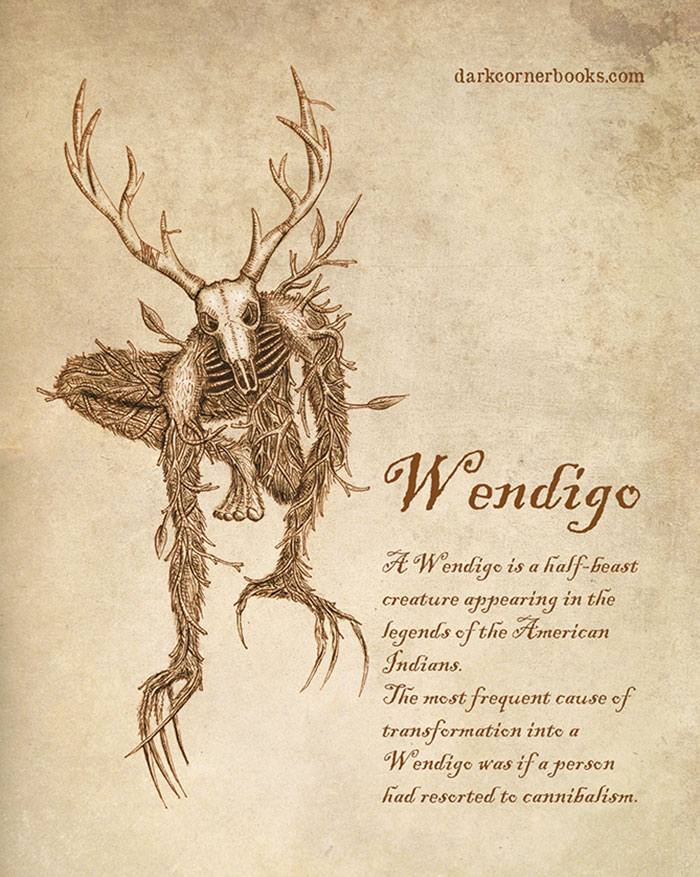 A Wendigo is a half-beast creature appearing in the legends of the American Indians. The most frequent cause of transformation into a Wendigo was if a person had resorted to cannibalism. 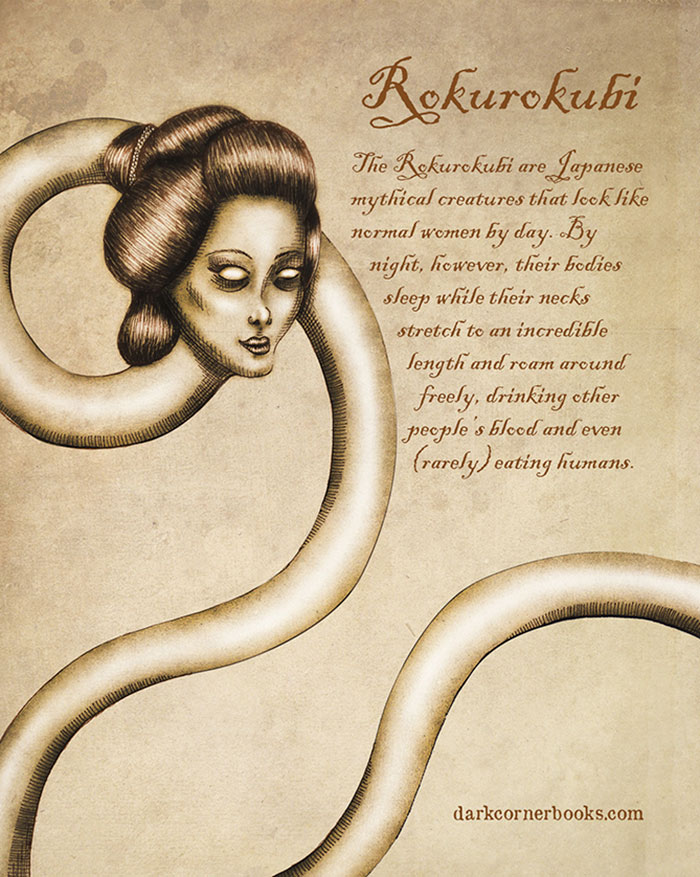 The Rokurokubi are Japanese mythical creatures that look like normal women by day. By night, however, their bodies sleep while their necks stretch to an incredible length and roam around freely, drinking other people’s blood and even (rarely) eating humans. 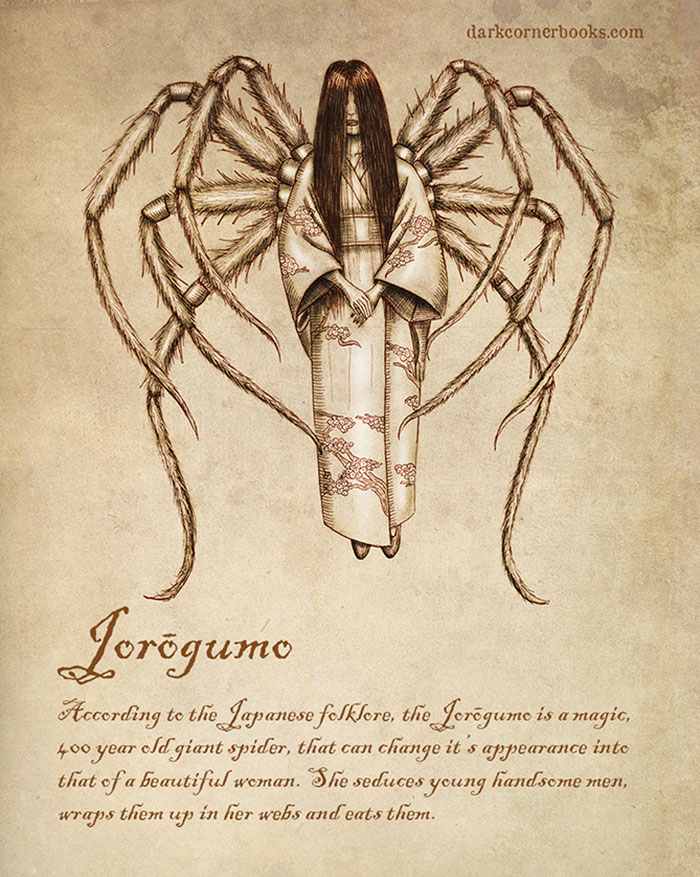 According to the Japanese folklore, the Jorōgumo is a magic, 400 year old giant spider, that can change its appearance into that of a beautiful woman. She seduces young handsome men, wraps them up in her webs and eats them. 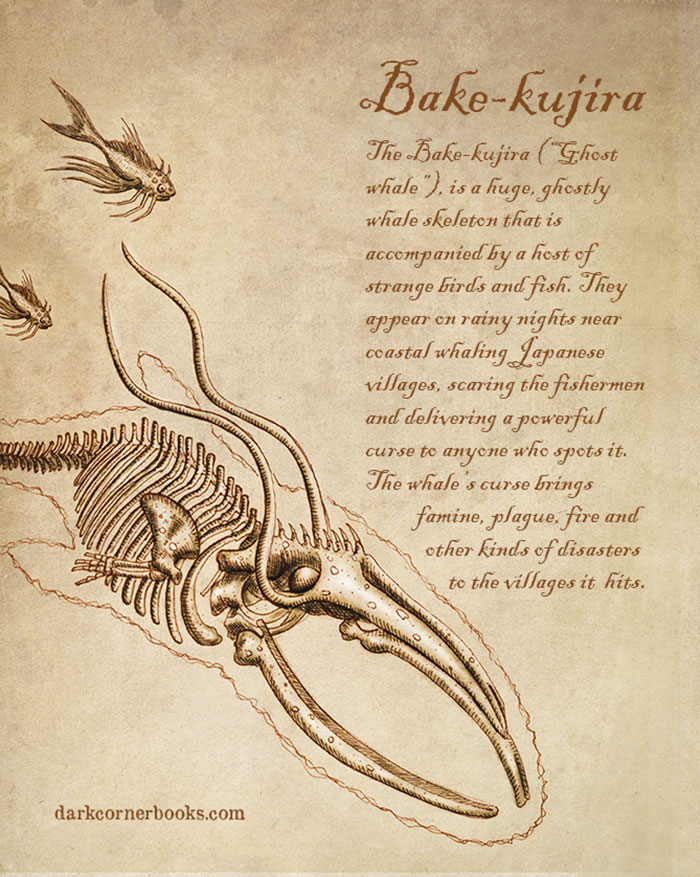 The Bake-kujira (“Ghost whale”), is a huge, ghostly whale skeleton that is accompanied by a host of strange birds and fish. They appear on rainy nights near coastal whaling Japanese villages, scaring the fishermen and delivering a powerful curse to anyone who spots it. The whale’s curse brings famine, plague, fire and other kinds of disasters to the villages it hits. 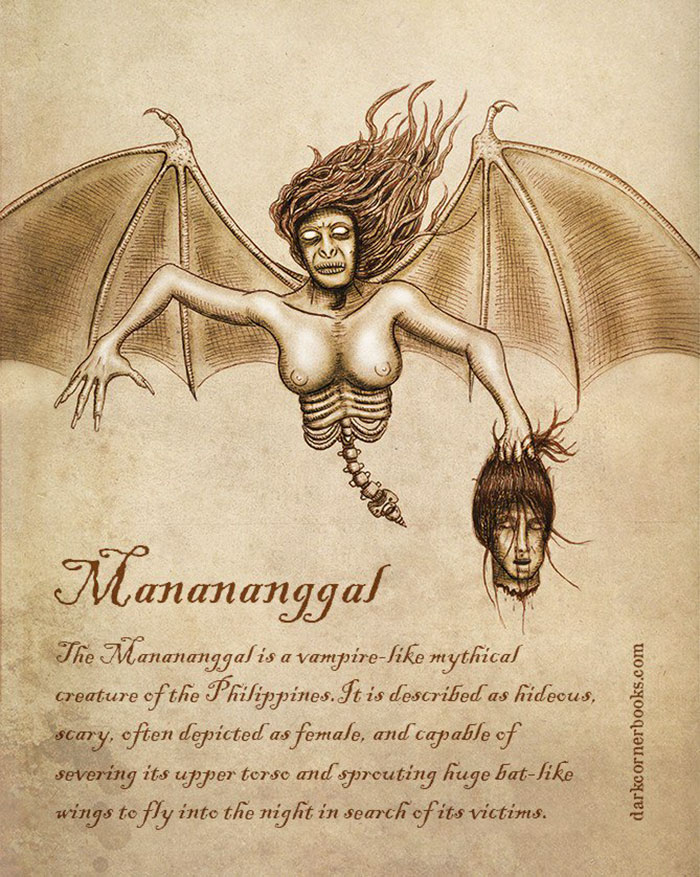 The Manananggal is a vampire-like mythical creature of the Philippines. It is described as hideous, scary, often depicted as female, and capable of severing its upper torso and sprouting huge bat-like wings to fly into the night in search of its victims. 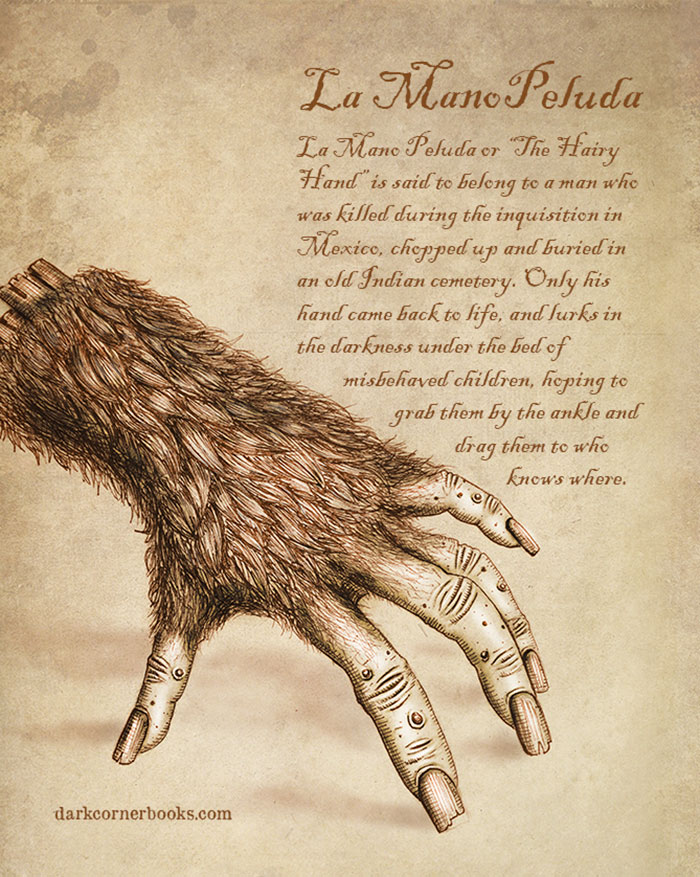 La Mano Peluda or “The Hairy Hand” is said to belong to a man who was killed during the inquisition in Mexico, chopped up and buried in an old Indian cemetery. Only his hand came back to life, and lurks in the darkness under the bed of misbehaved children hoping to grab them by the ankle and drag them to who knows where.

These stories and illustrations are certainly very scary. Had you ever heard of these creatures before? What are your views about these monstrous creatures? Let us know in the comments section below.

Don’t forget to share it with your friends and family to scare them!