Cats know how to love, more so than humans at times.

I think it would be unfair of me to not mention that many people on planet Earth don’t like cats because of their aggressive personalities. There is no doubt in the fact that they love being independent and are strong believers in the fact that they can fully support themselves. And don’t even get me started on how moody they can be. A cat’s mood changes multiple times a day, a new mood for every hour of the day. One moment, your cat could be chilling peacefully staring at a wall for god knows what reason, and in the very next moment, there are chances that you may find your cat running around the housebreaking their personal best for maximum speed. There’s no lying in saying that cats have a somewhat bad reputation in society for being this unpredictable and apparently unfriendly.

Let me tell you, something people, this is very wrong. If you think cats are unfriendly, ask some of the cat owners of the world about how their cats behaved when they were stressed, or medically unwell. These felines would do everything in their power to make sure their humans are feeling at their best because they cannot stand their loved ones being in trouble. Cats only behave the way they are famously known for around those who they love because that’s where they feel the most confident and that is their way of showing happiness.

Today we are going to dissolve this theory of cats being unfriendly by showing you pictures of cats who are deeply and irreversibly in love with their favorites. They look so adorable together and you won’t see a bit of aggression in these pictures. Love can melt anyone, even cats.

Scroll down below for some proper wholesomeness. You are bound to fall in love with cats after watching the way they love. Nobody does it like cats

1. This cute cat was a rescue and fully realizes the stresses of being one so when the family adopted this pup, the cat was the first one to welcome it home with open paws and instantly started showing love and care. 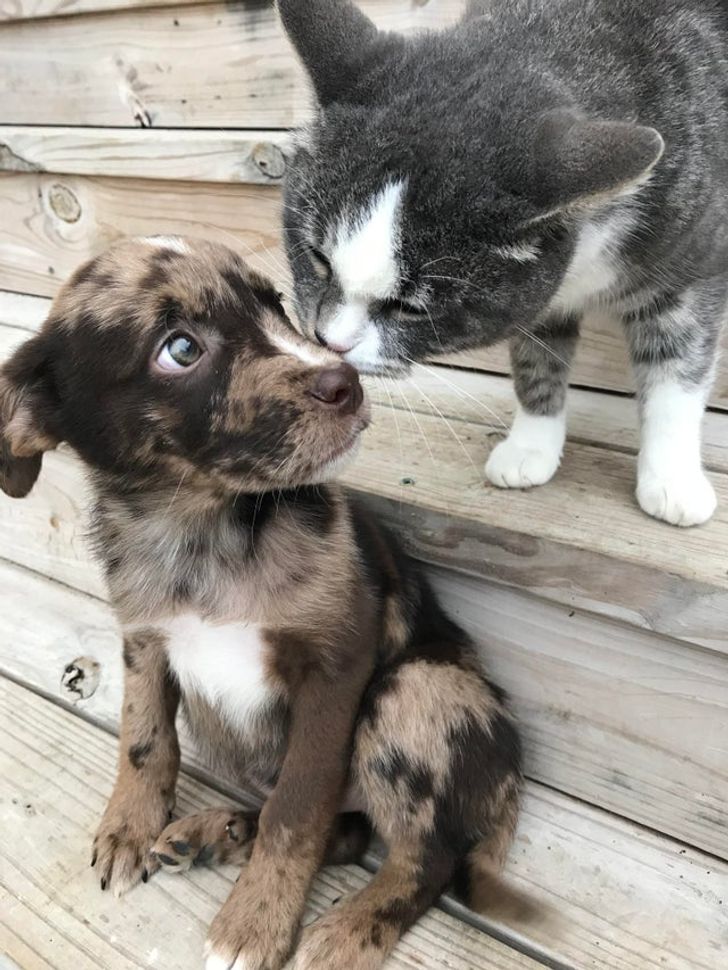 2. When you realize daddy is watching his favorite football game and that is exactly when you want all the snuggles in the world from him. 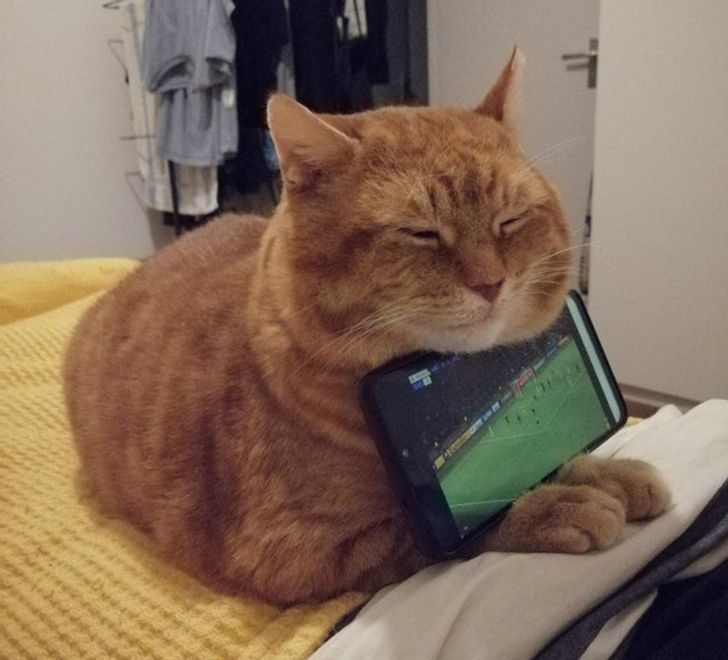 3. The family got another cat so the first one wouldn’t get bored when they were away from home. Looks like they have bonded to a point that no power in the world can separate them now. 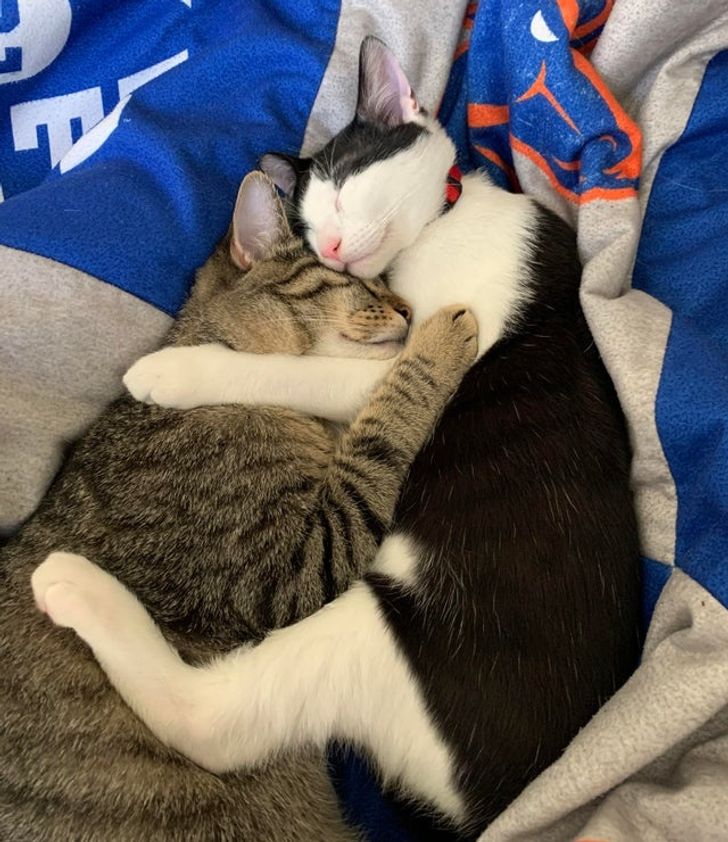 4. See that old man hugging a cat? 10 months ago he was not in favor of adopting a cat and look at them now. 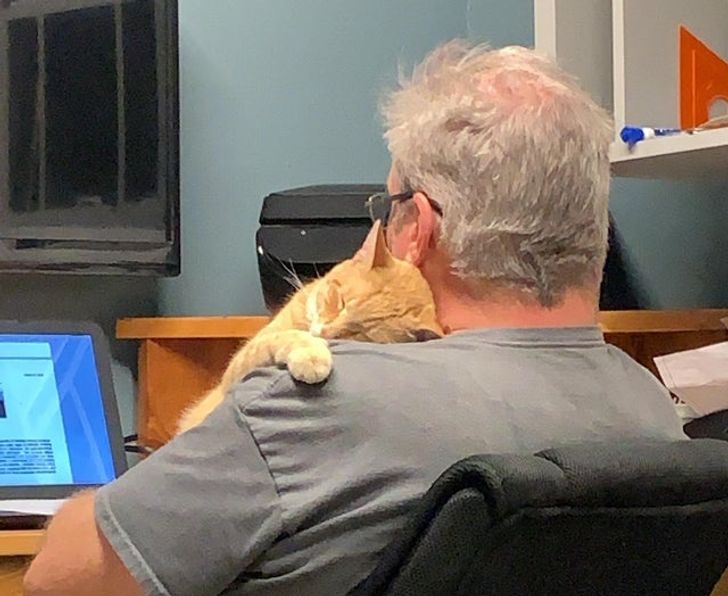 5. If a cat allows you t rub your chin, consider yourself lucky because that cat is deeply in love with you. 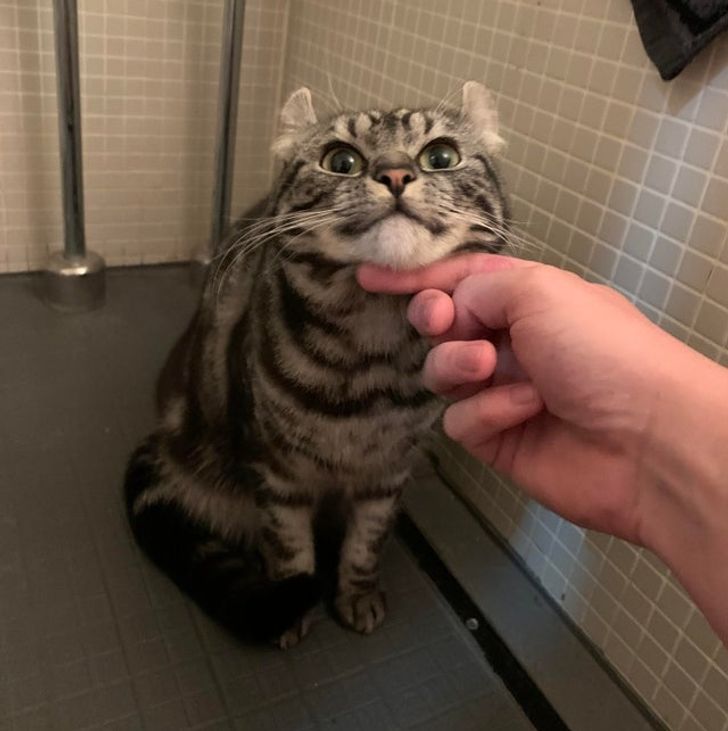 6. Its owner sprained their ankle and this is how the cat paid solidarity to them

On a real note, cats can notice that their owners are not well, and trust me, they won’t away from you for a second until you are well. They are mad when it comes to loving. 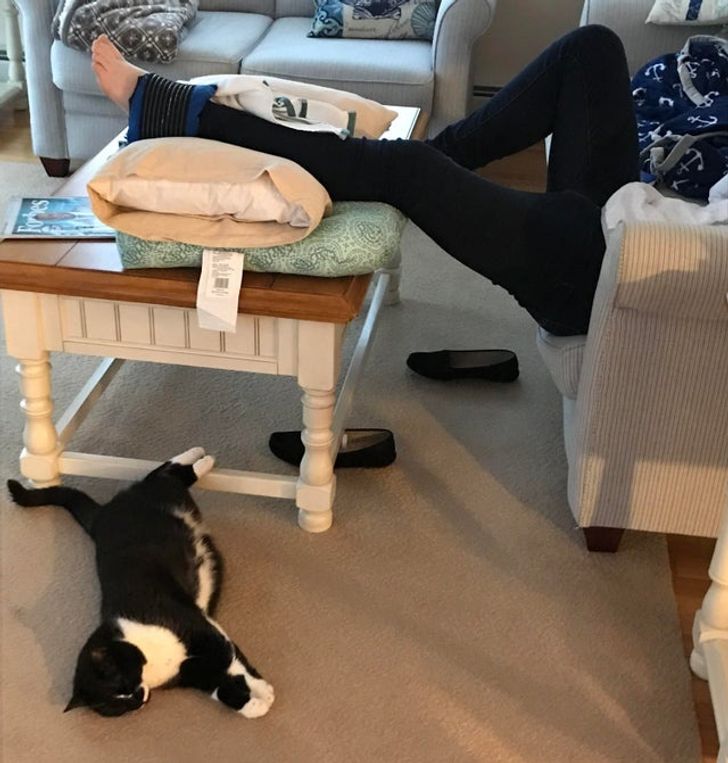 7. They spent hours finding their cat and met no luck…that’s when they decided to check up on their daughter and their other child was peacefully chilling with her. 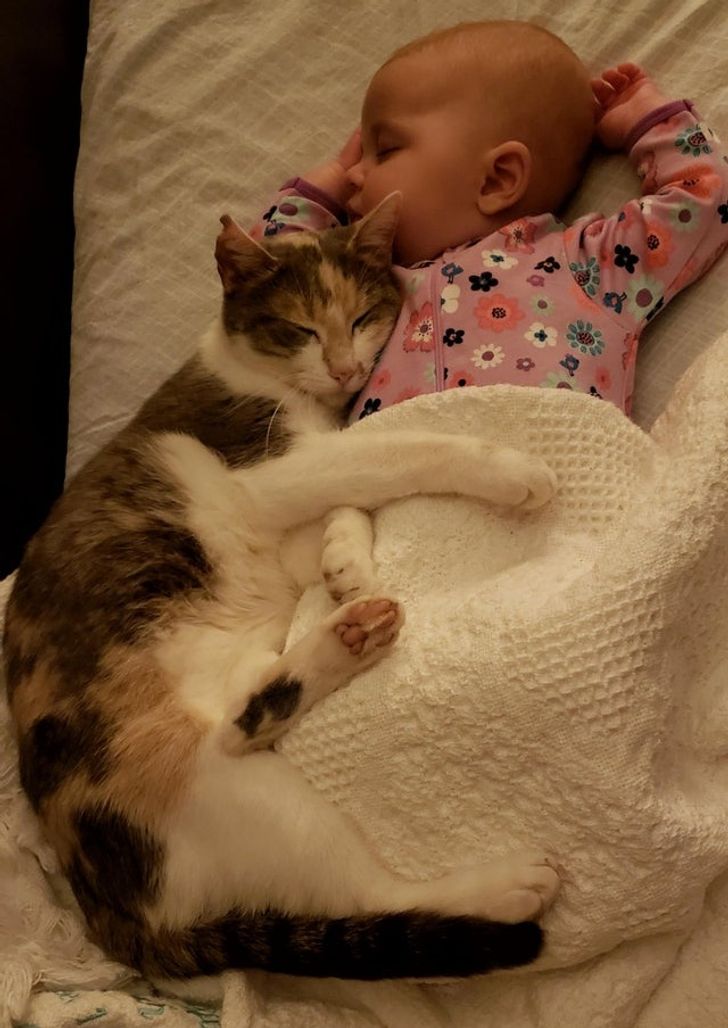 8. Cherish this moment forever because you don’t often see a cat smiling. 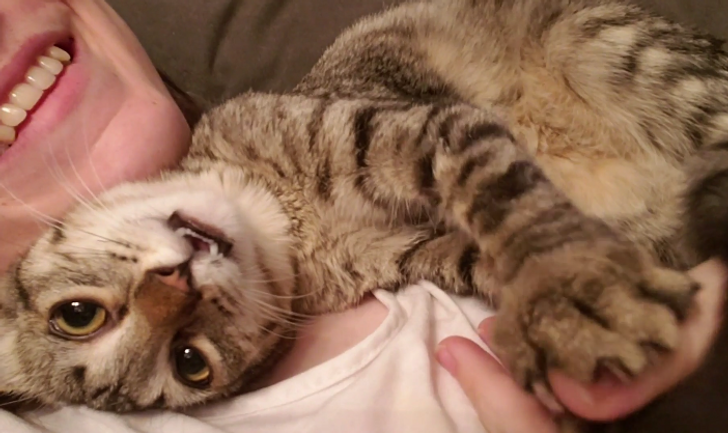 There is something special when cats showcase love. It’s because the much famous reputation of cats is not really in the positive quadrants and they are mostly known for causing destruction and annoyance. But after viewing these pictures, there is a wholesome sensation in my heart right now and even though I love cats dearly, after this I love them even more than before. Cat magic, ladies and gentlemen. You just cannot stop loving them because they will always find a way to keep you invested in them.

I know you guys want to look at some wholesome pictures of cats showing love so scroll down below to enjoy more of these.

9. They’re holding paws while sleeping…I’m not crying, you are. 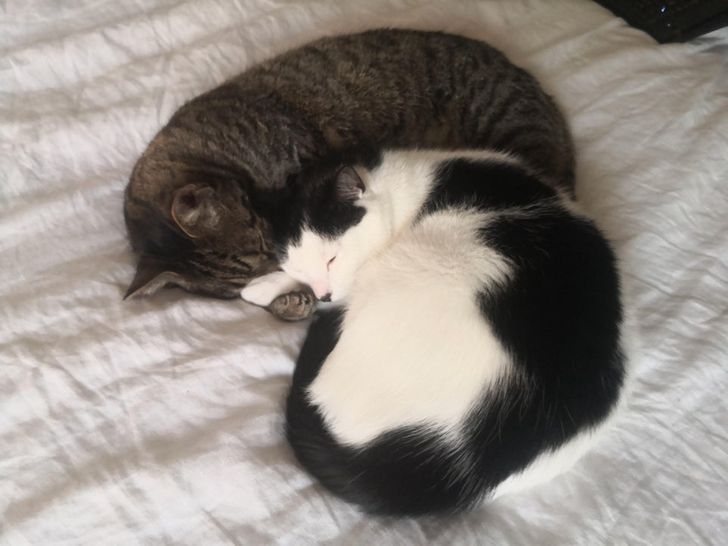 10. He was told Bengal cats aren’t a fan of cuddling. Meet Khari. He is a Bengal cat and his favorite thing to do is cuddle with his Dad. 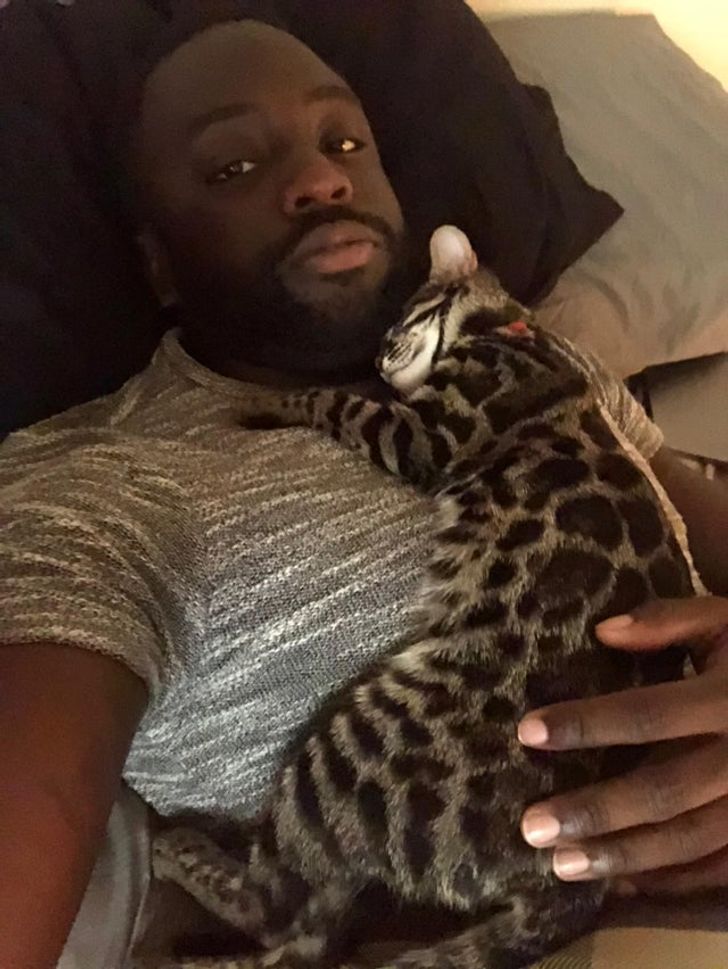 11. Just a brother hugging it out with his little sister. 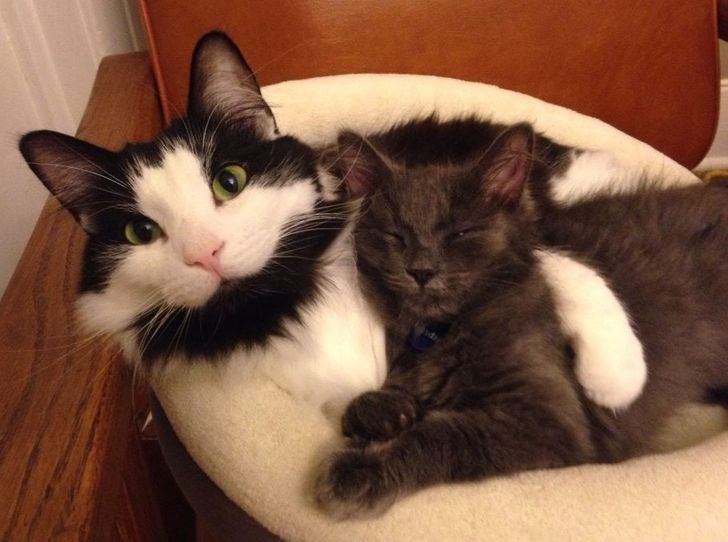 12. Her cat is the happiest when her owner’s classes get canceled. They get to spend more time together. 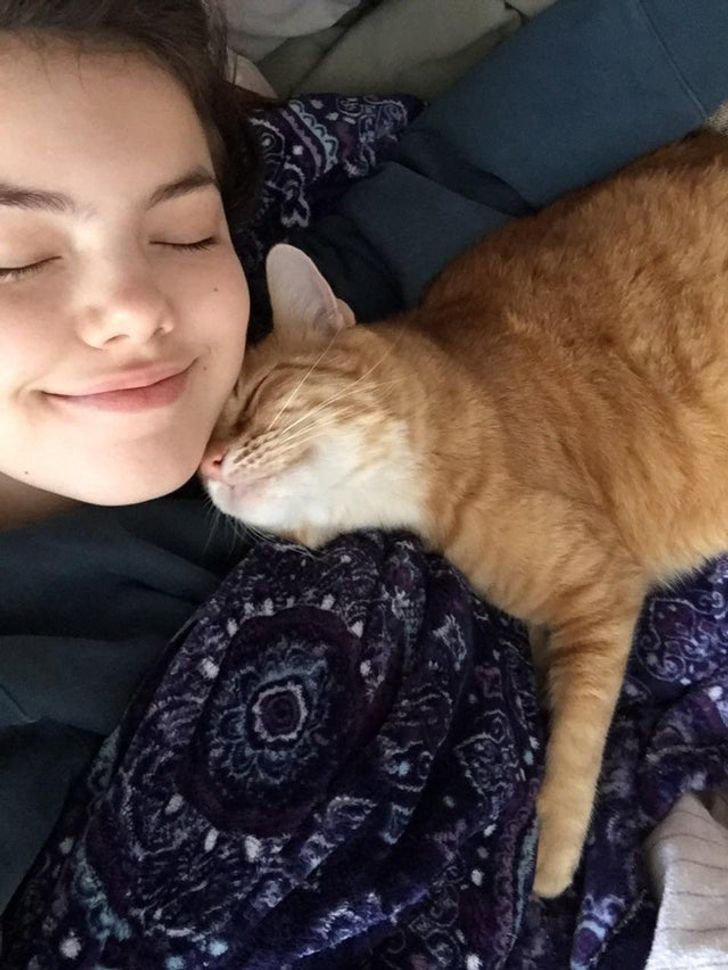 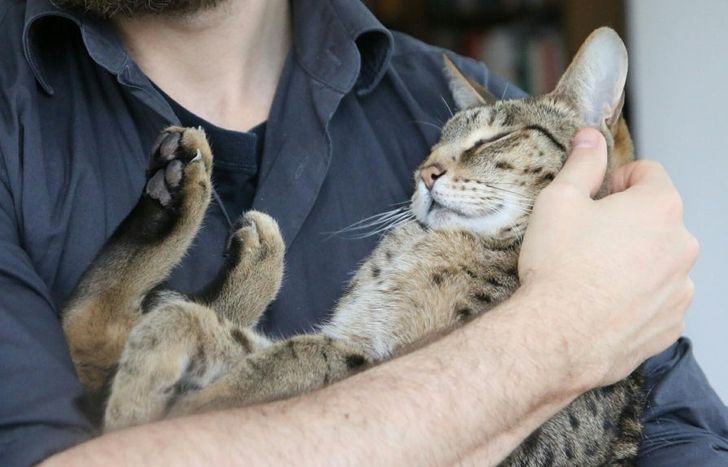 14. “Looks like my niece will be sleeping soundly for this trip.” 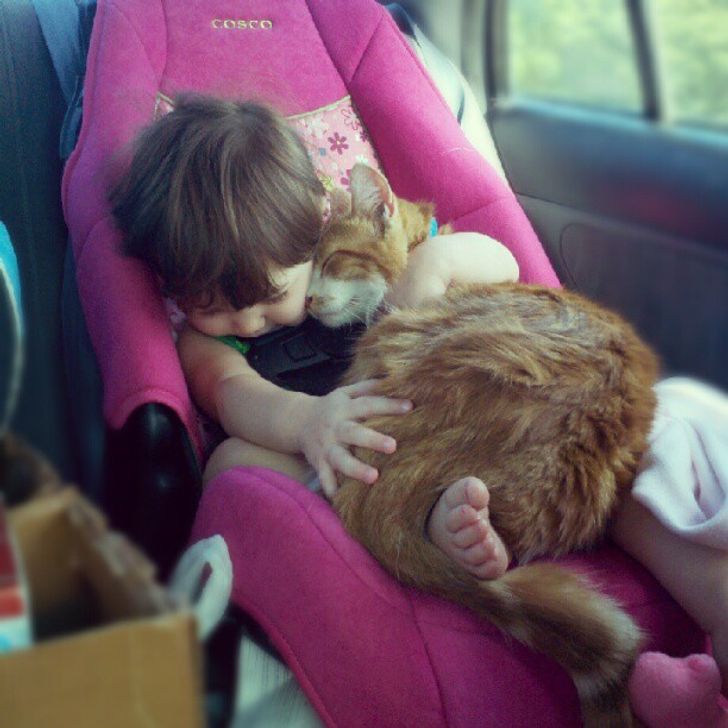 15. “My cat comes downstairs at 11 P.M. every night to fall asleep like this on my dad (a self-proclaimed dog person).” 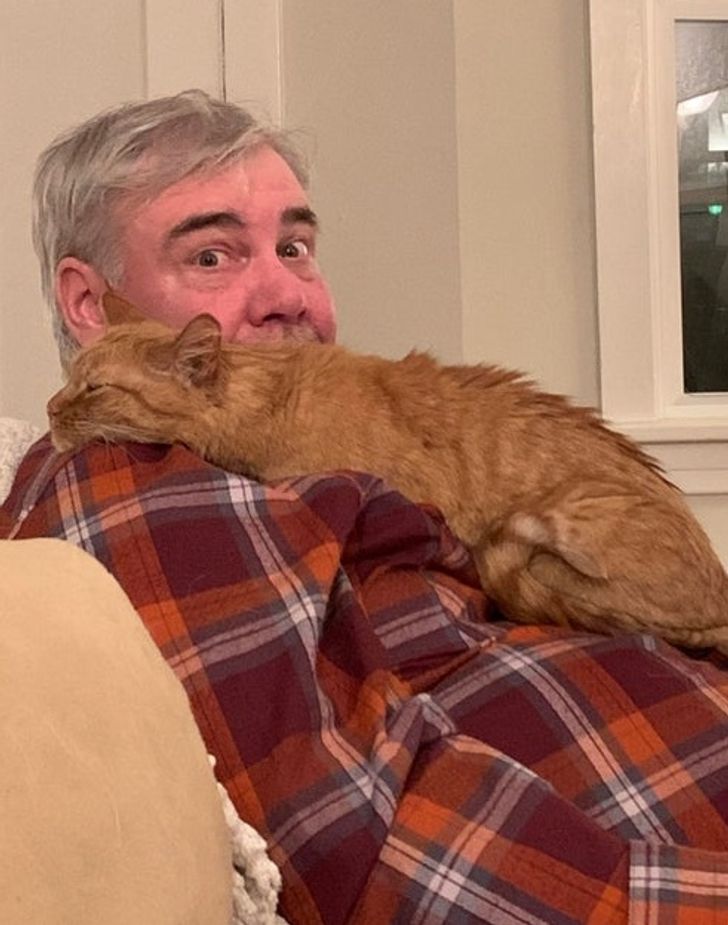 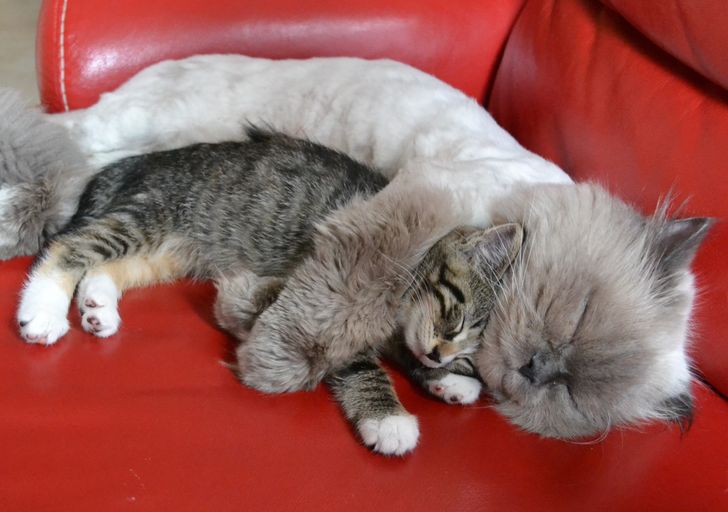 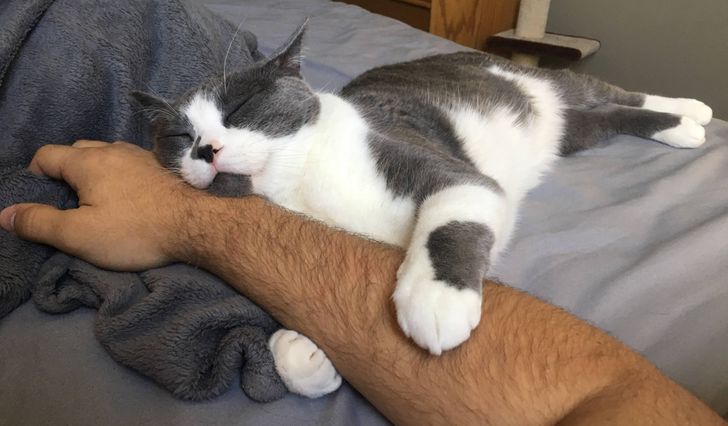 Do we deserve cats? You guys are the judges of it after this one.

I really hope you guys enjoyed it. I can bet my purpose of getting your wholesomeness levels to an all-time high has been achieved. Would love to hear what you guys think about cats after viewing this post so don’t forget to share your thoughts in the comments section down below.